There are 121 Pueblo Mágicos in Mexico.  This tourist attracting idea was started in 2016 when the Mexican government chose these towns because of their symbolic attributes, legends, and history.  They show off the great cultural, natural and architectural wealth that Mexico has to offer and are identified on maps with this symbol.  El Fuerte is a Pueblo Mágico- 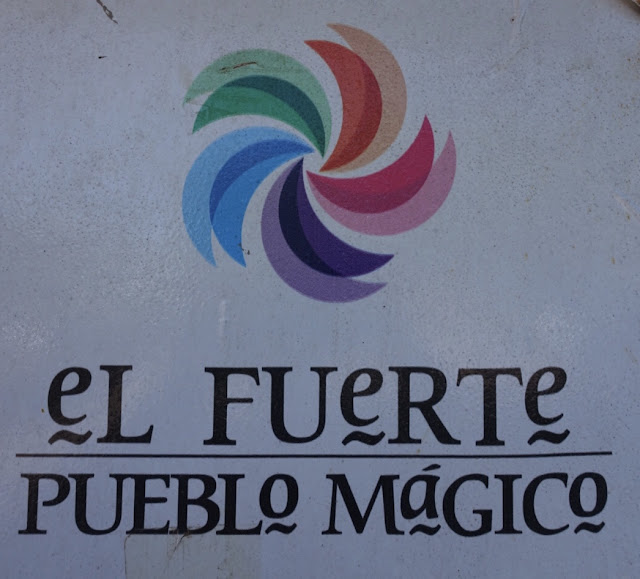 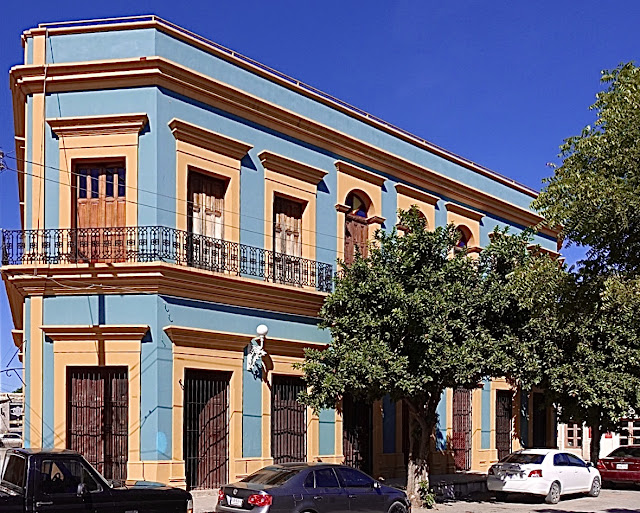 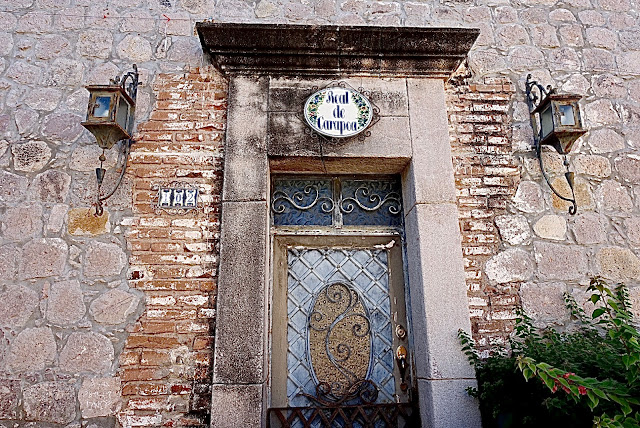 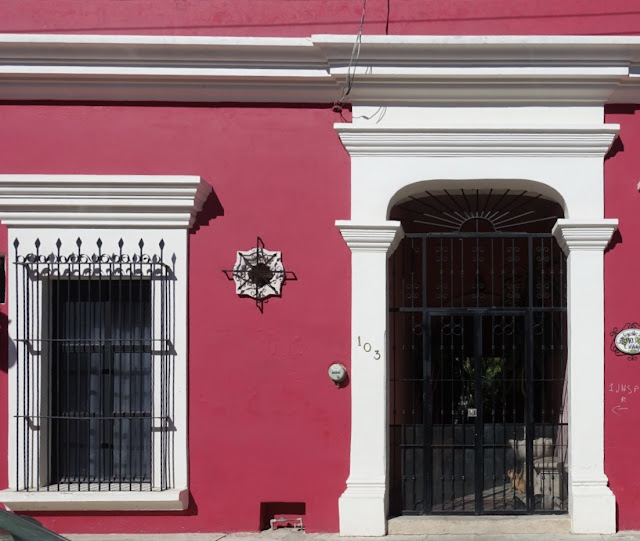 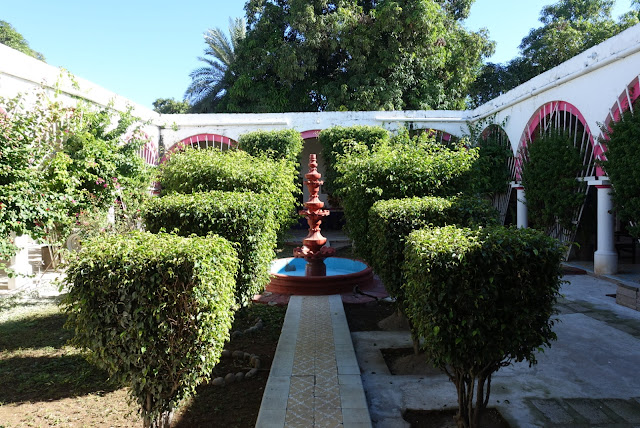 I don’t have a kitchen so I had to find the Mercado for breakfast.  I had delicious tacos with chorizo, cebolla and cabbage- 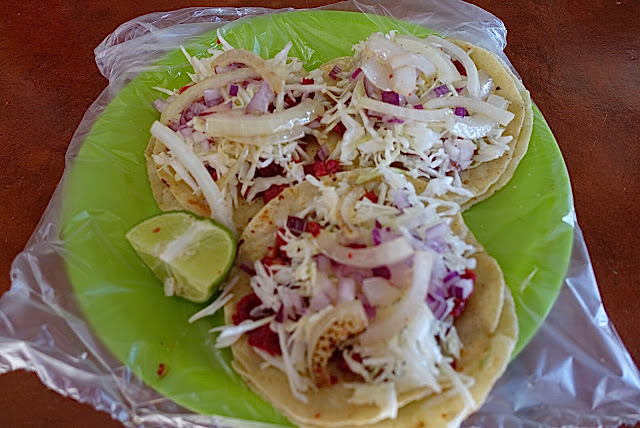 I tried to find El Cerro de Mascas which is a lookout point where there are petroglyphs. Yesterday at one of the hotels, I learned it would cost about $27 to go with a guide, kayak a bit, walk a bit, see the petroglyphs and get back to town in about one and a half hours. They’re close to town- 4.5 km and on my map so I thought I should be able to find them.

There’s a swinging bridge to cross- 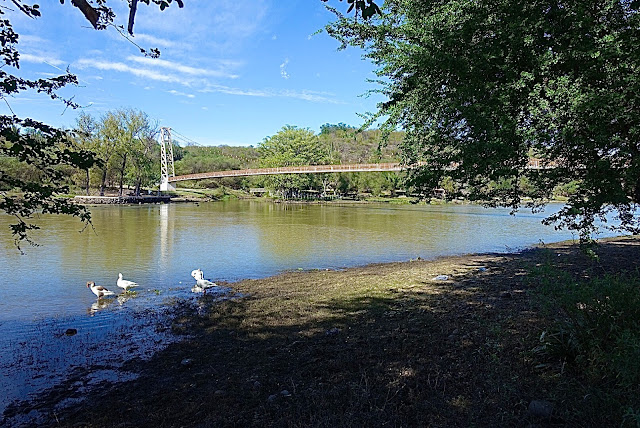 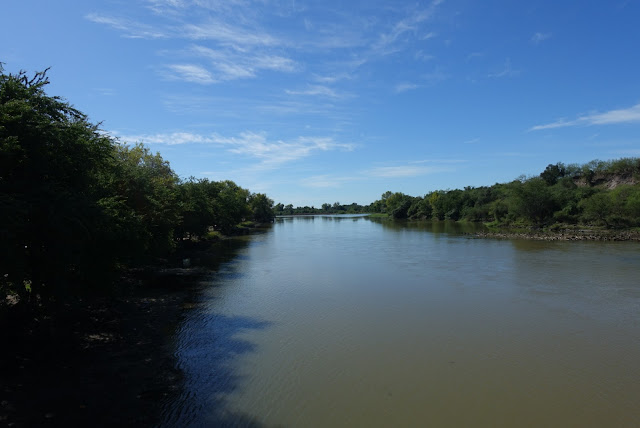 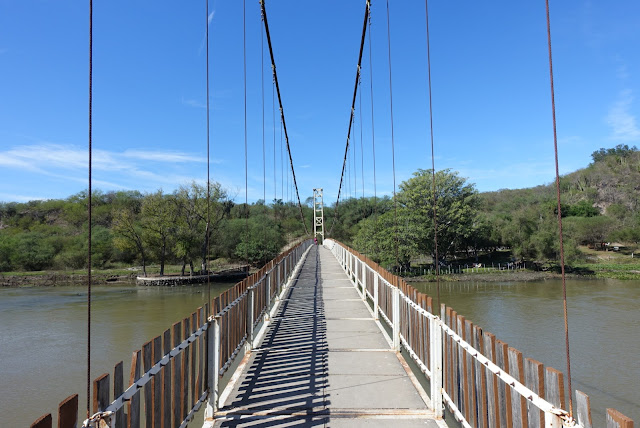 and then paths.  A worker told me to go to the right because it was shorter and ran along the river.  So I did- 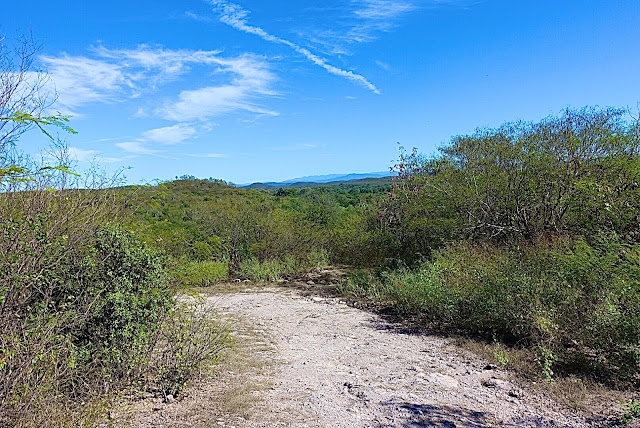 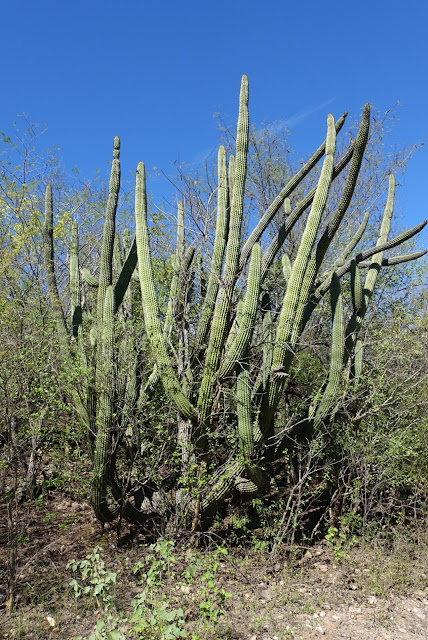 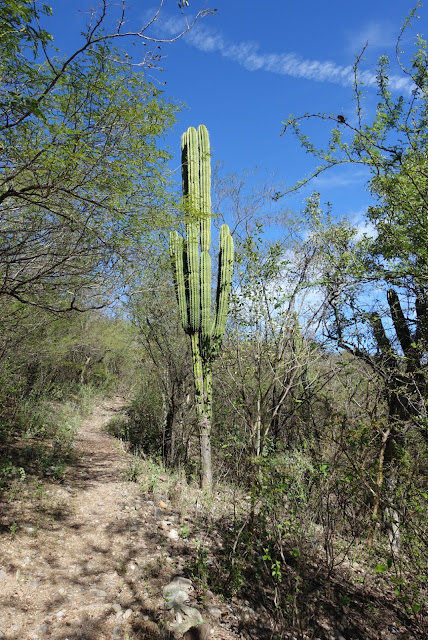 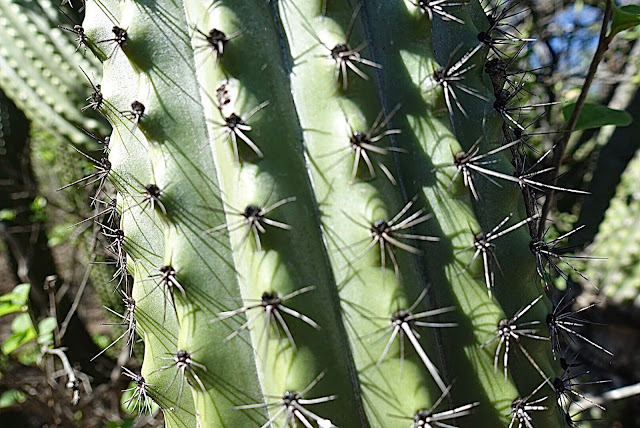 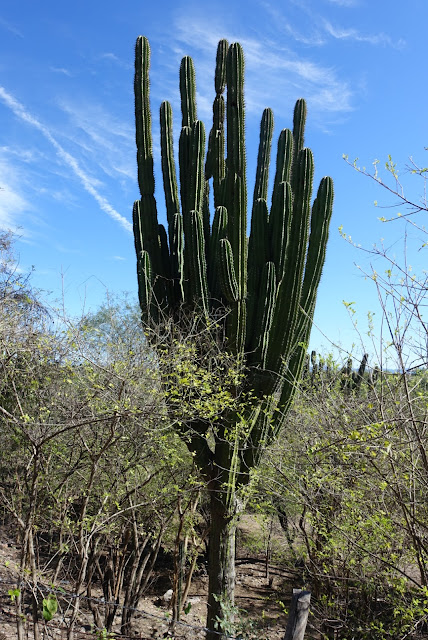 I walked a long way- up, down, up, down. I came to the path that came up from the left at the bridge. I had seen on the map that it made a big loop.  My phone quit working because it was overheated - Maps.me wouldn’t work, Google Maps couldn’t find my location and all of a sudden it was 7 pm everywhere!  There were a couple of bright yellow arrows so I followed them along a very rocky road down into a gully so I knew that was wrong but kept walking along the path. I kept saying I’ll turn back at the next bend but then would think what if it’s just past that bend. So on I went even through barbed wire gates that were across roads.  I kept reminding myself that as long as I stayed on the road, I couldn’t get lost and I didn’t think I’d get eaten by any wildlife.  I saw a lot of birds that I scared out of trees and once I heard a humming coming closer and closer and overhead.  It sounded like a drone but when I looked up, it was hundreds of some kind of large flying insects.  Maybe it was a flock of hummingbirds because there sure are a lot of them around.  Eventually I turned around and went back to the bridge.  Serves me right for being so cheap I guess but I did get a long walk out of the deal.

Back in town, I asked the  woman who owns the four rooms where I’m staying for a recommendation of a good restaurant.  She suggested El Mason del General and to have filete relleno de mariscos.  The waiter recommended it too.  It was one of the best meals I have eaten in my life- 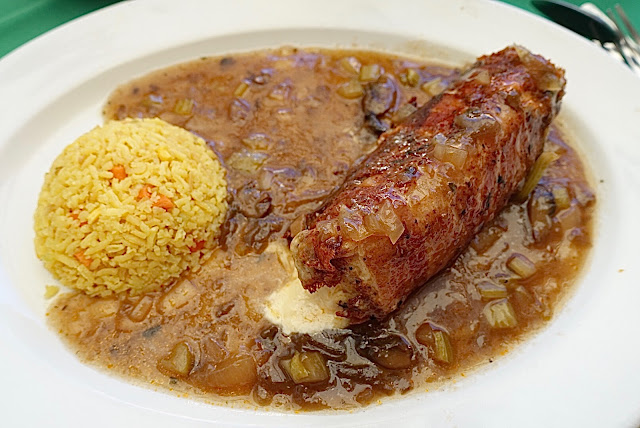 It’s a flattened piece of bass rolled and stuffed with bacon, camarones and queso, then baked.  There’s a mushroom and onion salsa on top.  OMG!  The restaurant has an interesting history too.  Don Damien Bastillos bought the house in 1899 and for twenty years hosted lavish parties for the rich of El Fuerte.  However, during the Revolution, he fell on hard times so decided to raffle off the house.  He sold 30 tickets at 500 pesos each and announced that whoever’s name he drew would win the house.  General Pablo Macías was present and said that the only way anyone would participate was if Bastillos put his name in too, but Bastillos said that it wouldn’t be fair if he won the house as well as 15000 pesos.  No problem everyone said, expecting his name not to be drawn.  But, guess what!  It was!  The General immediately bought the house from Bastillos and then sold it again that evening to another woman on the condition that if she ever wanted to sell it she had to sell it back to him. It must have been a nice place!

After lupper, I found a Ley’s supermarket and bought my first bottle of wine since on the trip.  I’m not sure what I’ll do tomorrow in little El Fuerte.  I could take the El Chepe Express in the morning but it costs triple what the Regional does on Friday and I don’t have a reservation further down the line so I’ll stay here one more day.  I like travelling with the locals anyway.

P.S.  Cheering for the Flyers is a family affair!  Apparently Andi was jealous that she didn’t have a sweater to wear! 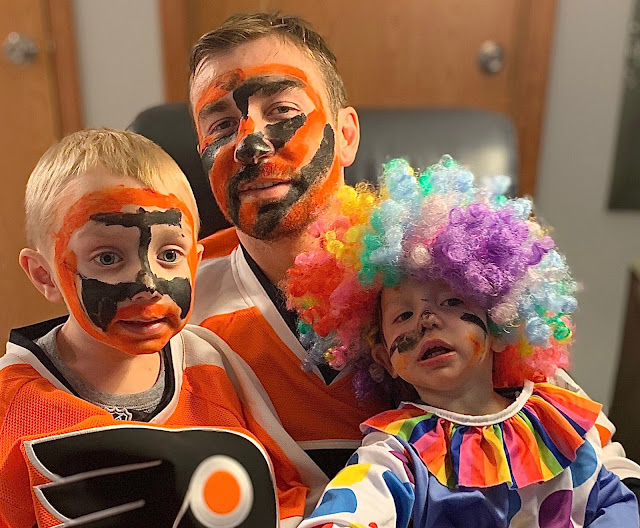