I thought roosters only crowed when it was time to get up?  2:30?  4:30?  I may as well be in a Muslim country listening to the call to prayer at all hours of the night!  Besides that, the night was good.  I saw Jose leaving for work at 6:30 and he texted that today is his day off, most Mexicans only get one day off a week but he said a ship was coming in so he had to go to Topolobampo to load it at the refinery.

My first order of business was to get to El Chepe, the train station and talk to them about my train trip.  It was 2 miles away so I walked.  As I got closer, it suddenly dawned on me that it probably wouldn’t even be open because the train left at 6 am.  Sure enough, closed!  Luckily, a bus was coming, he waited for me and I went to El Centro.  Well, Los Mochis iS a bit disappointing.  There’s not a lot to see except...

Downtown was hopping because Sundays are giant market/flea market days- 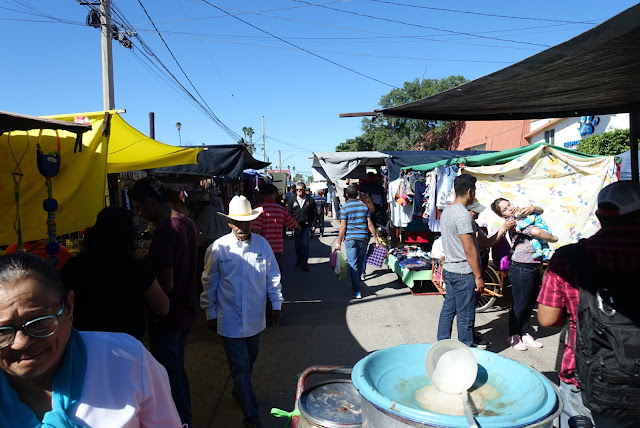 Everything imaginable was there: dried chilies- 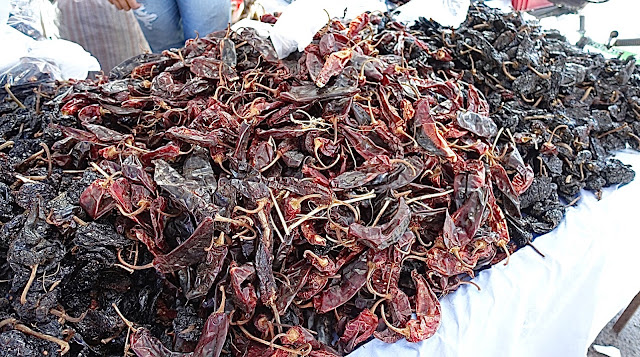 and a pig’s head- 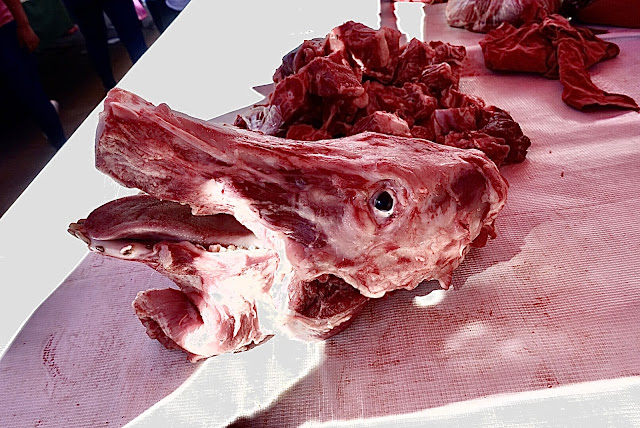 The Museo Regional del Valle del Fuerte is now a library and the Trapiche Museo Interactivo is a hands on place mainly for children.  The shopping mall was very busy and Mexicans are as consumerized as we are.  There were all kinds of Christmas items to buy - trees, lights, decorations, poinsettias - just like at home.

Continuing walking, el Reloj Centenario, given to the city for it’s 100th birthday, is in a grungy park- 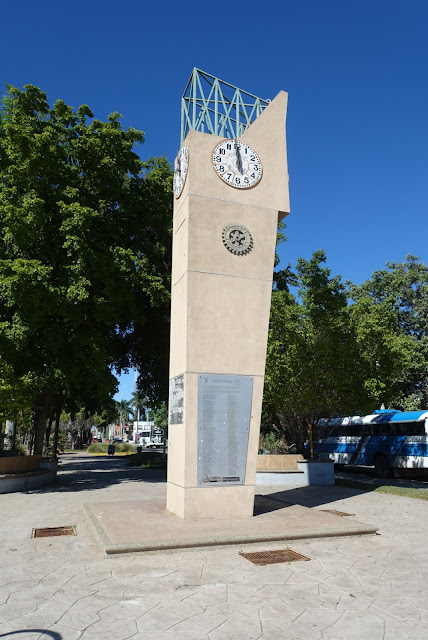 Jardin Botanico Benjamin Francis Johnston is on the former grounds of the millionaire’s estate.  He made his money processing sugar.  Today it’s a large park with a mariposa exposition which was closed for renovations and a small planetarium which I didn’t bother to visit.  It reminded me of the Mendel and so I didn’t think I would see anything new.  There are big playgrounds for kids and a water pond with a fountain, turtles and ducks.  It would be a good place to spend a nice day, especially when most people do not have back yards- 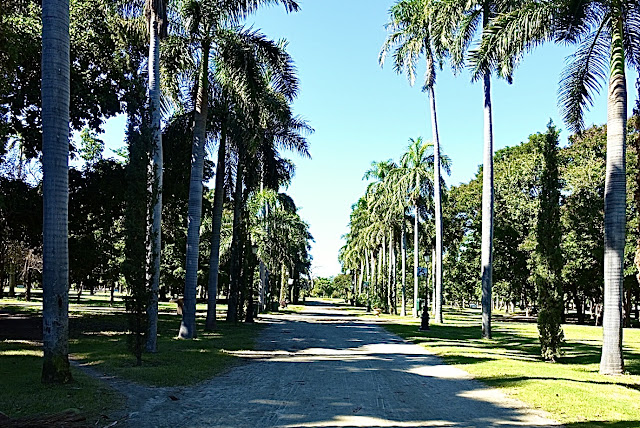 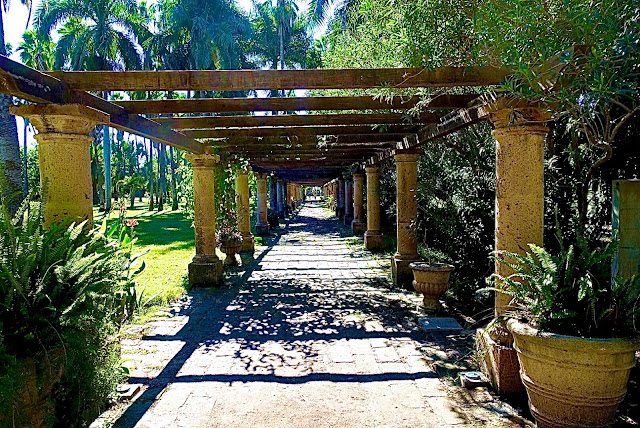 Mass at the Iglesias Sagrada Corazon de Jesus was just starting when I entered so I sat down.  Did you know you’re not supposed to cross your legs in church?  A woman came along and rattled on about something to me that I didn’t understand so I asked the man beside me what she said and he tapped my leg.  I googled it and it’s true.  It is a comfortable and relaxed position possibly allowing one to daydream during the service so both feet should be planted on the floor which is not as comfortable, therefore more attention is paid to the service.  Who knew? 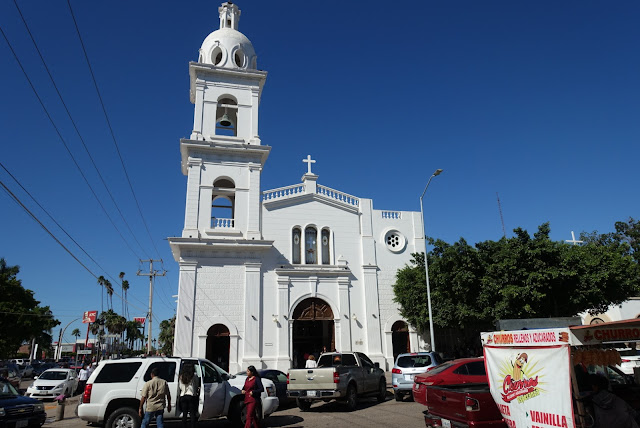 I found the bus depot from where I’ll go to El Fuerte and to Topolobampo tomorrow.  I am ‘close’ to el Centro but still 15 minutes walk away.  It’s back to the beach tomorrow! 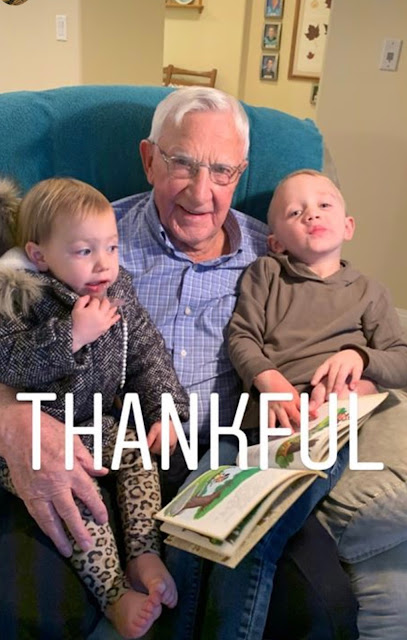