We visited the Mogao Caves this afternoon.  It's been a UNESCO World Heritage site since 1987.  Construction of the caves began in the 4th century AD (366 AD) during the Sui Dynasty.  By the time of the Tang Dynasty, there were over 1000 caves built by monks.  Initially they were meant for meditation purposes but later became a place of worship for the public.  There are over 2400 clay sculptures but unfortunately no pictures were allowed. 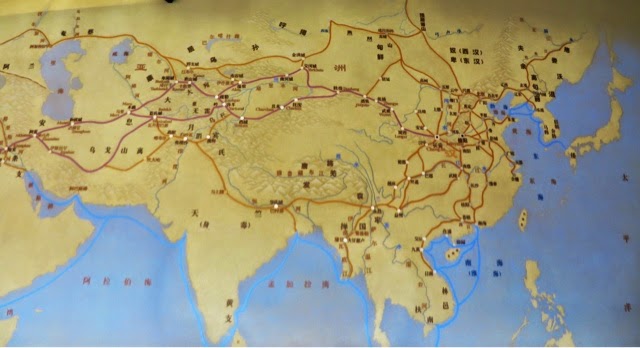 The home of the giant buddha who measures 34.5 meters tall, third tallest in the world- 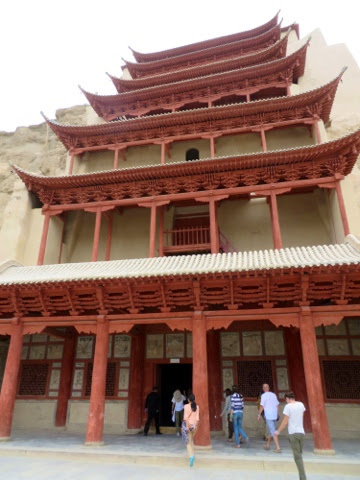 The reclining or sleeping Buddha is surrounded by 70 some disciples- 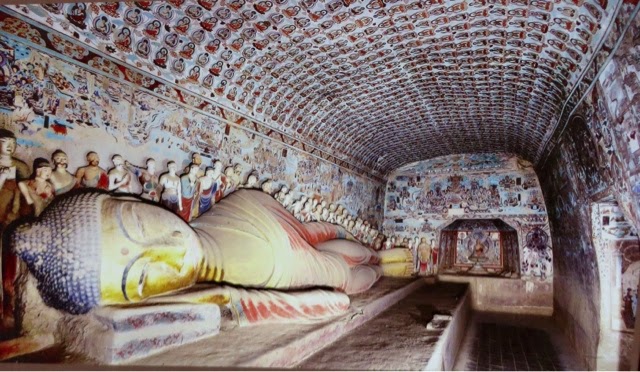 Here is some art work of what we saw- 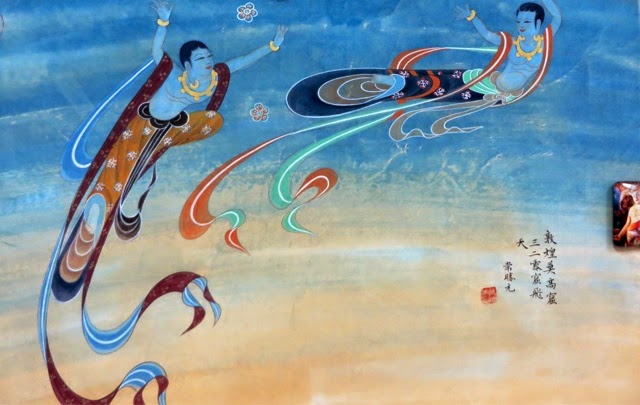 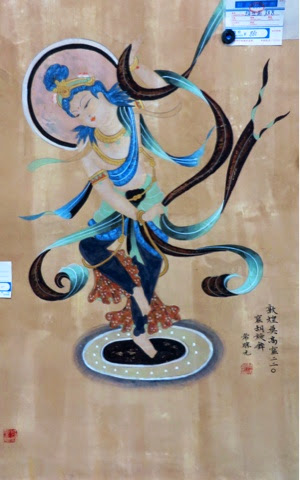 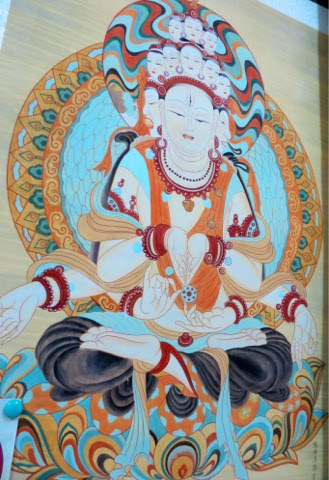 A store front!  Not sure what they sold!  Greedy cat?  Halogen? Private pig? 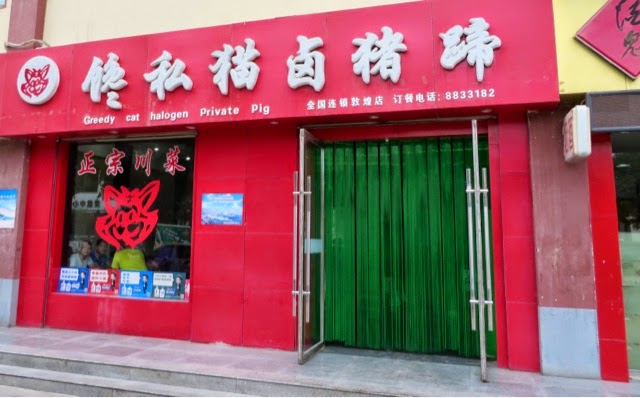 I had to buy a new camera and ended up paying almost triple what I would have paid at home.  Hope it takes good pictures!

We had great news this morning!  Our permit for Tibet came through so we're on our way tomorrow!  It will take 3 days to get to Lhasa.

Email ThisBlogThis!Share to TwitterShare to FacebookShare to Pinterest
Labels: Dunhuang