We left Kashgar late this morning, en route to Hotan/Hetien where we'll spend the night.  Unfortunately, we left Tony behind because we're not sure about our route and he's already seen the next little while.  We're hoping that he'll rejoin us later.

Here are some brand new empty apartments.  There are quite a few of them and they're at least 16 stories high- 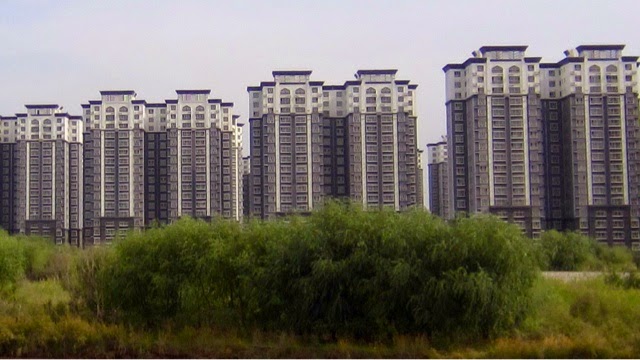 Almost at once, the land became desert- 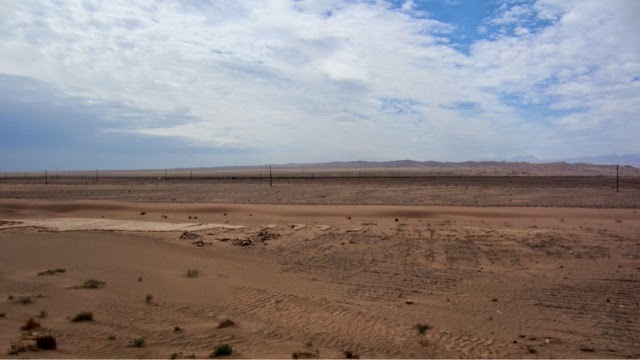 And then in no time, it was arable-

With adobe homes in small villages- 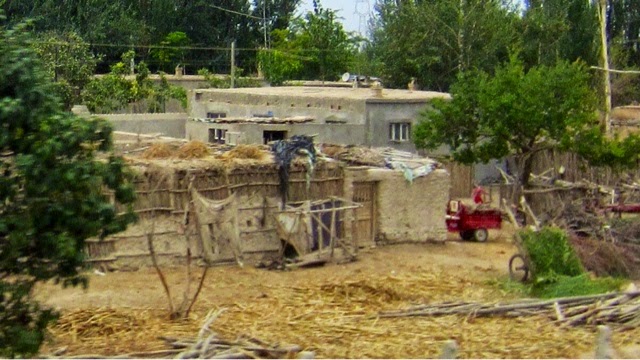 Moving day??   It never ceases to amaze me how they can pack sooooo much on to their mode of transportation!

No pictures were allowed, but here is one of the many army trucks hauling coal parked at a gas station-

We stopped at Yecheng for lunch.  The people here are Uigur and can't communicate with our guide as they speak a Turkic dialect.  They don't look Chinese, but a combination of Afghan, Kyrgyz and other Central Asian groups.

This is lunch - mutton and bread soaked in the juices- 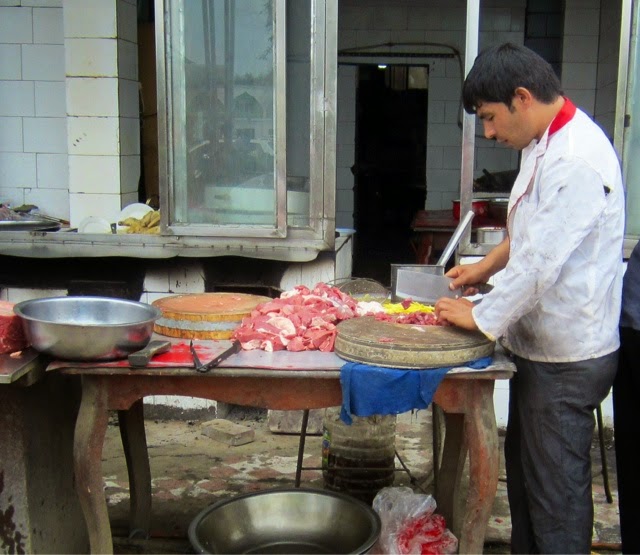 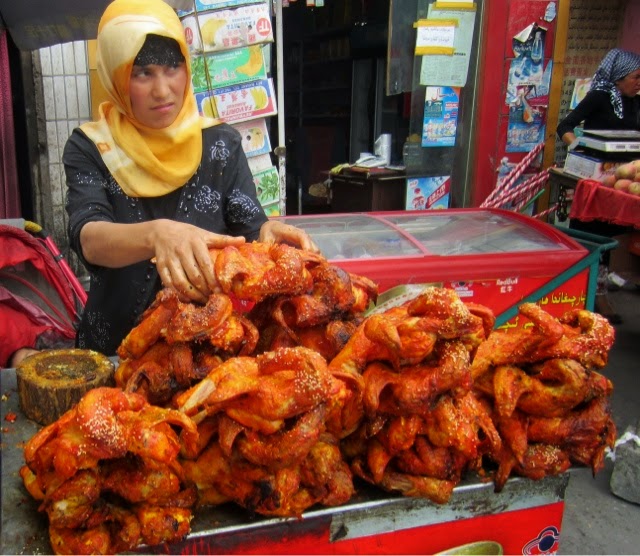 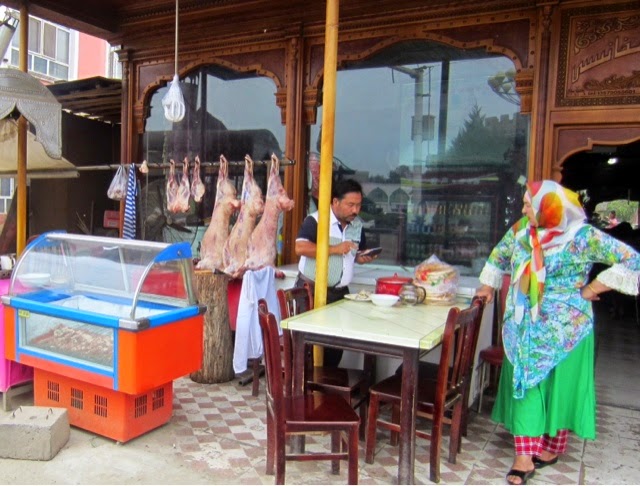 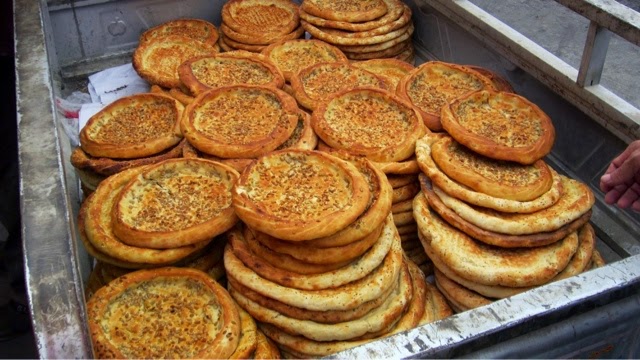 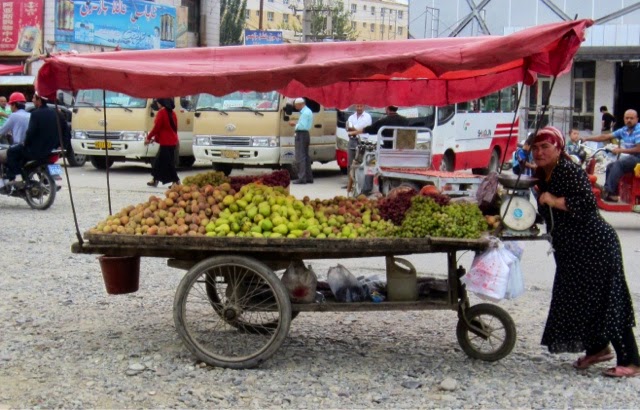 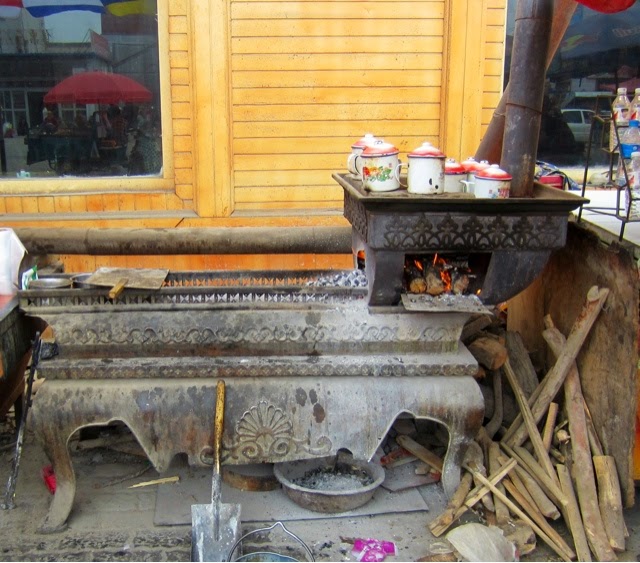 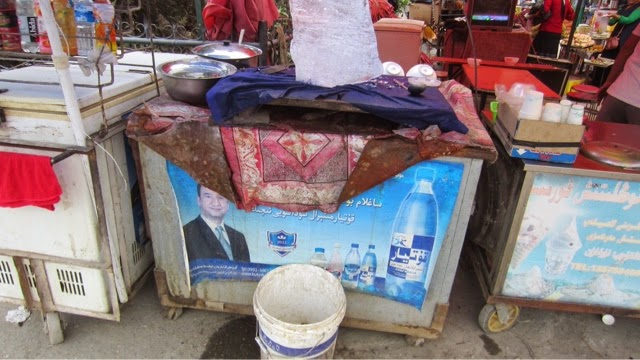 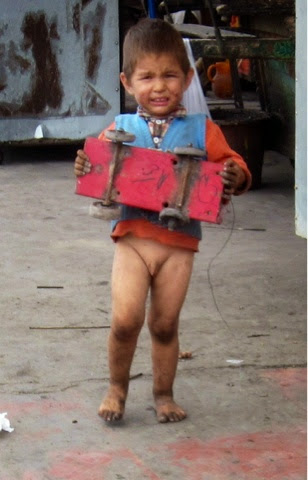 Other modes of transportation- 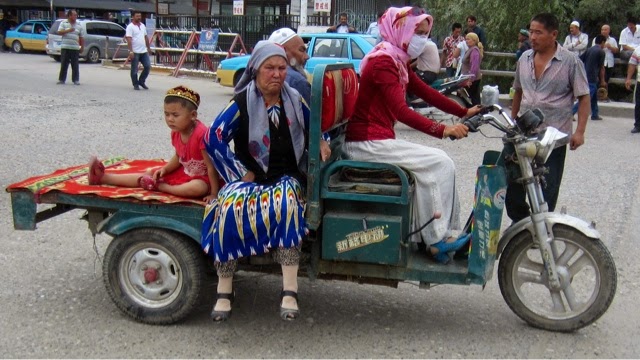 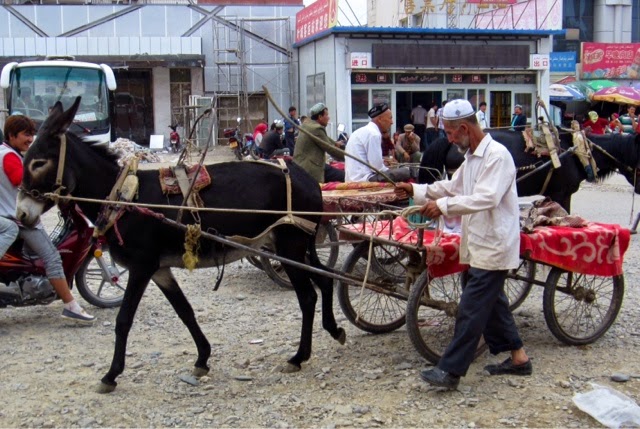 We drew quite a crowd- 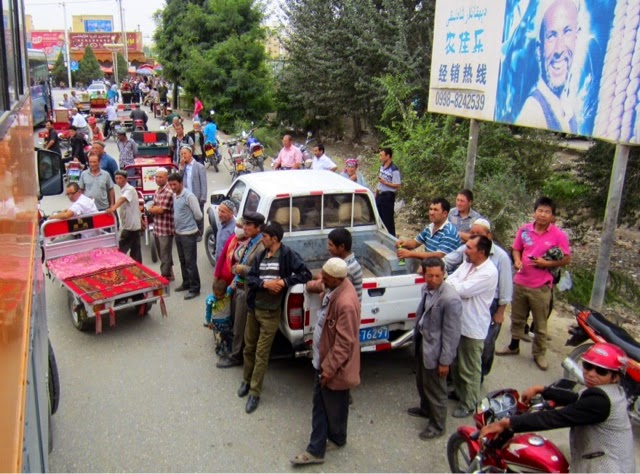 The scenery continued to be very boring with miles and miles of piss all on the Southern Silk Road.  This is the Taklamakan Desert- We went through a couple of police checks where sometimes we have to show our passports, sometimes get off the truck and walk through a tunnel to have our picture taken, sometimes they just wave us through- 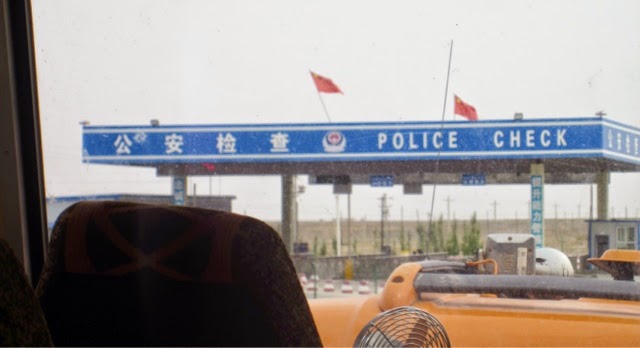 There are also cameras, or at least flashes happenning when we pass underneath- 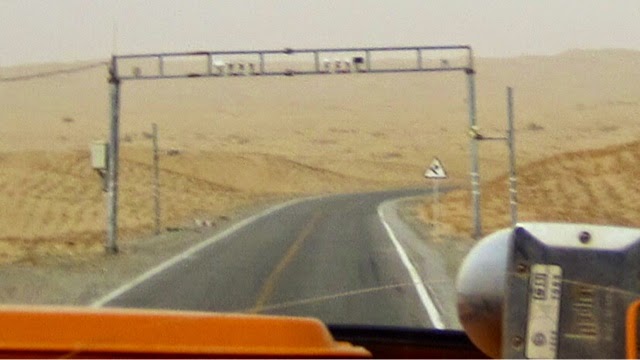 Along the way we passed a walnut distribution center!  In the middle of nowhere!
Walnuts drying in the sun- 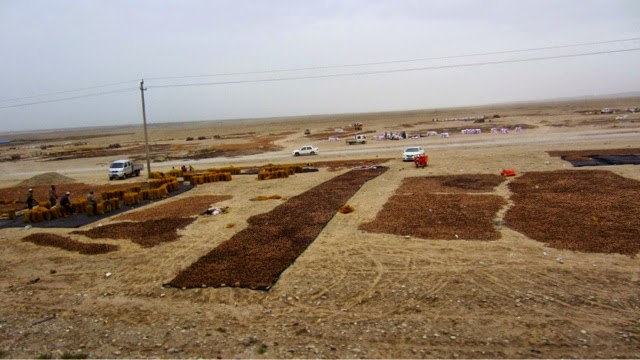 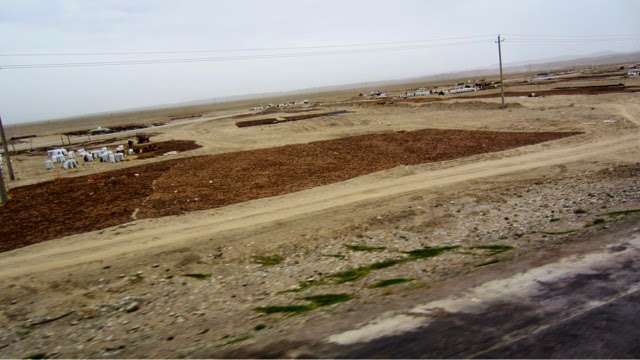 We're staying in a hotel in Hetian where silk was discovered in the 5th century AD.  Ancient jewelery trading also took place here and today it is known for carpet weavers.