This morning we visited the Jiaohe Ruins.  The city was established during the Han Dynasty (2nd century BC) as a garrison and 6500 people lived here.  It is one of the oldest and best preserved ancient cities in China and inhabited until the 14th century AD. 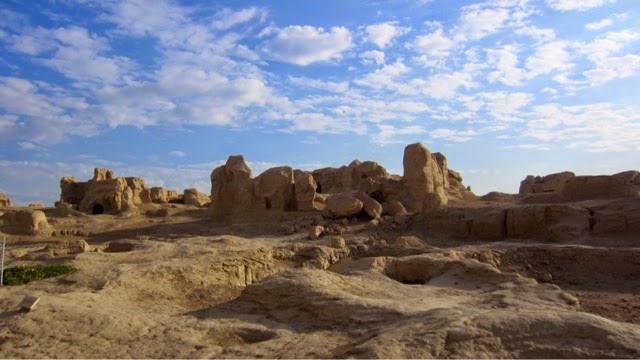 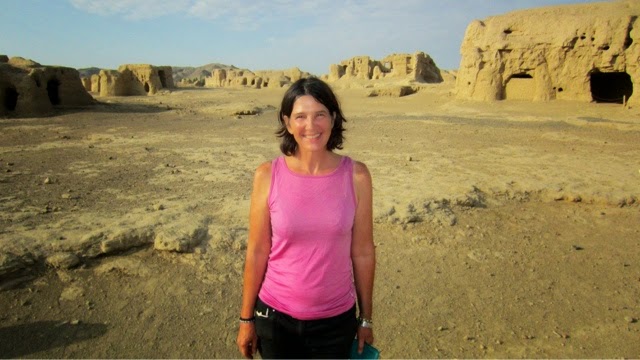 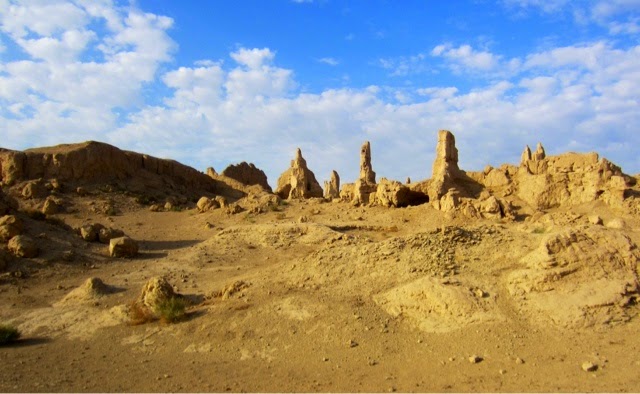 This restaurant uses plastic bags rather than wash the dishes- 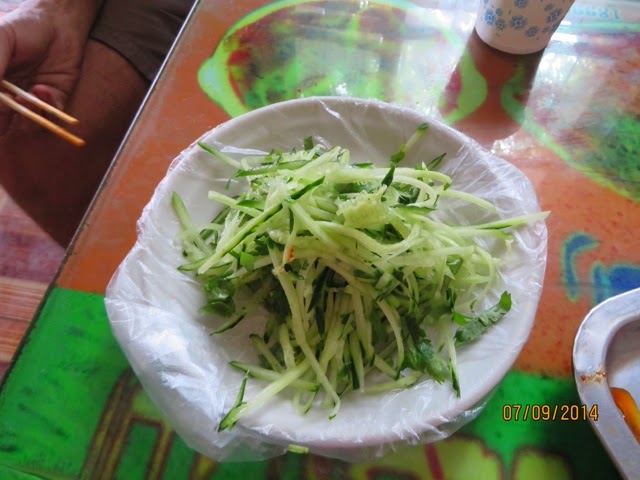 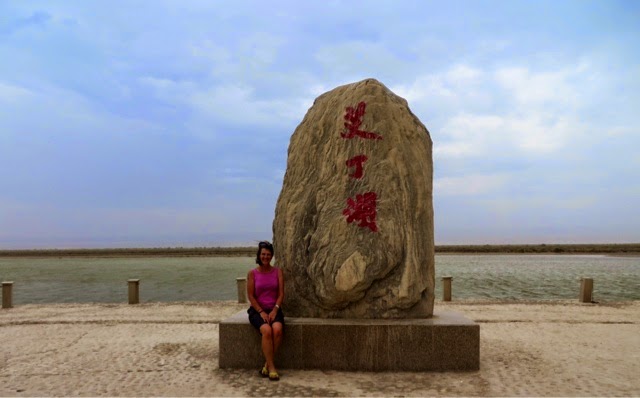 We also visited the 18th century Emin Minaret.  It's an Afghan style mosque with flowers and waves carved into the 40 meter tall tower- 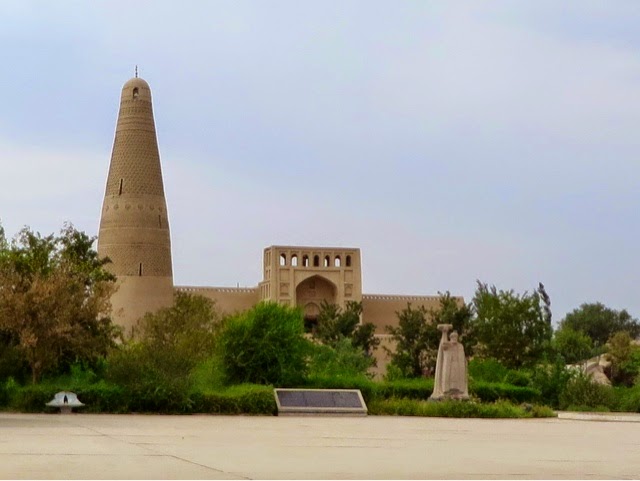 We stopped at the Karez irrigation site.  A karez is a means of irrigation, found only in China, Afghanistan and Iran.  It's a way to effectively use ground water.  The Uighurs (pronounced WigWam!) dug a head well on higher ground with a long underground tunnel dug to transport the water down to the farms below.  Vertical wells were dug every 20 meters to provide access.  The water flows by gravity alone and the underground tunnels prevent evaporation.  Some of these 1000 karez were made over 2000 years ago and there are 5000 km of tunnels, all dug by hand!

We're bushcamping in the Flaming Mountains tonight!  The legend says that a hero slayed a child eating dragon and sliced it into 8 pieces.  Each piece today is a valley.  It's the dragon's blood that gives the color to the mountains. 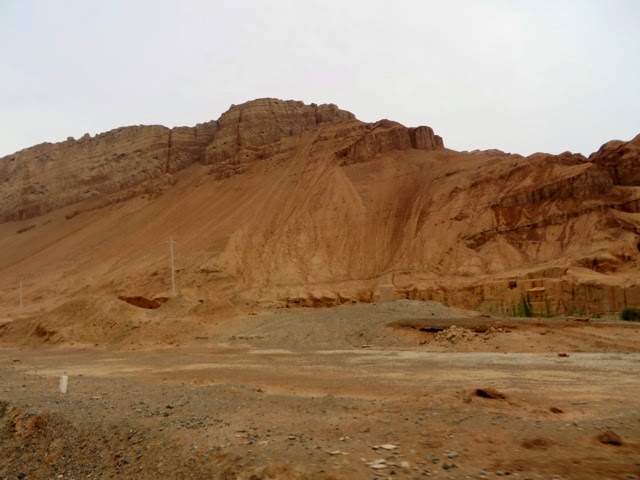