We left Lhasa with difficulty.  Even though our vehicle is registered as a bus, the 16 year old policeman wouldn't let us leave on the new highway because he said we were a 'truck'.  Our 2 guides and the policeman that have to accompany us (to make sure we don't drive over 40 km/hour) - can you believe that?  What a crock!) would not stand up to him so we had to turn around and leave town on the 'old' highway.  When Will asked which way to go, each one pointed in a different direction!  What a fricking gong show!  So, it took a good hour to get out of the city.

We travelled along the 865 km Friendship Highway which goes between Lhasa, Tibet and Kathmandu, Nepal.  We went through 3 passes and are bush camping tonight.

Along the way, we had to stop for 6 police checks.  This is an example of a check stop where the drivers have to show their time tickets to make sure they haven't been speeding.

There are lots of these flashing blue and red lights along the way.  They are police warnings!!!!!! 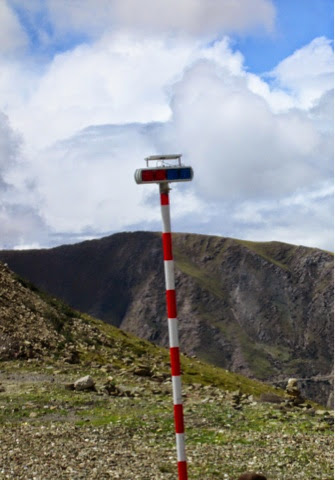 There are numerous police statues at towns.  WTF?? 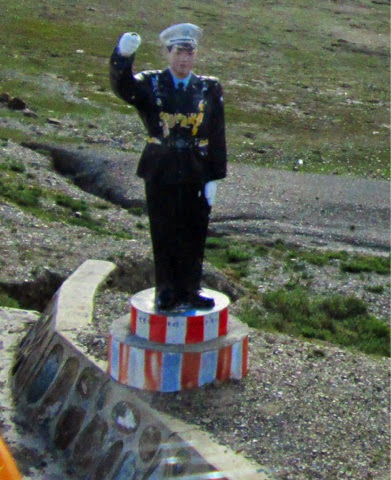 At lunch, we saw this 'heater'.  Not sure if it worked or not! 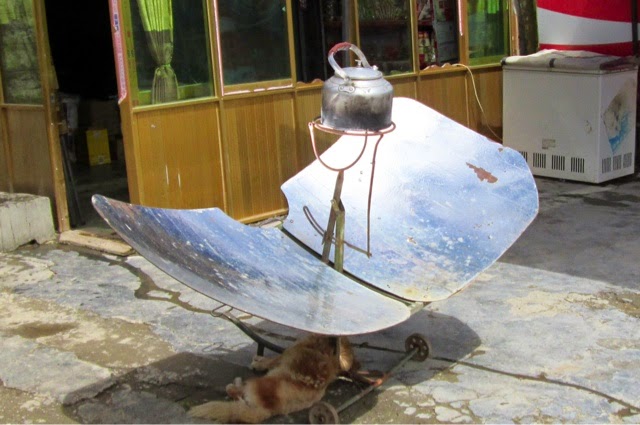 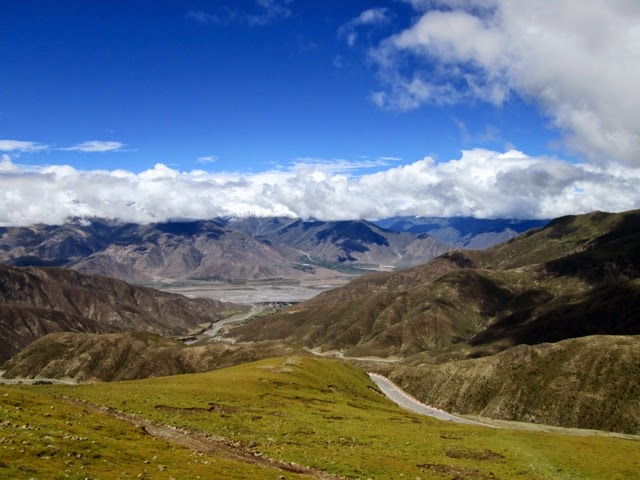 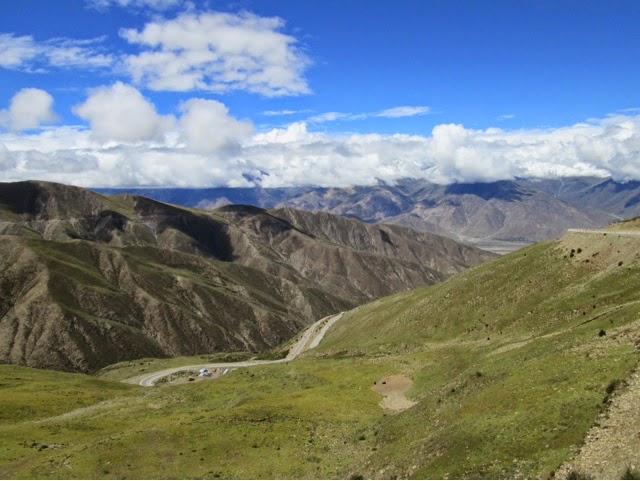 This beautiful lake is called Yamdrok - Tso which is at 4441 meters.  It is one of the four holy lakes and home to wrathful deities. 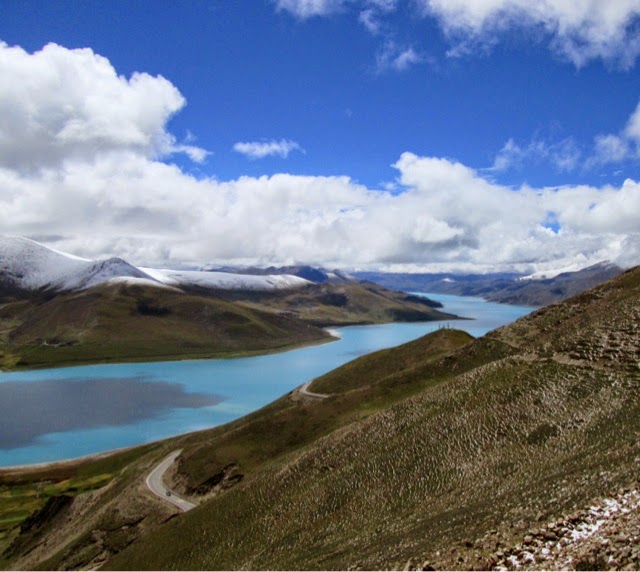 Here are the prayer flags at the top.  What a religious mess! 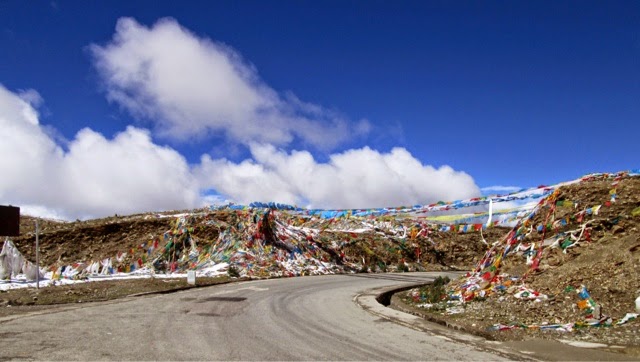 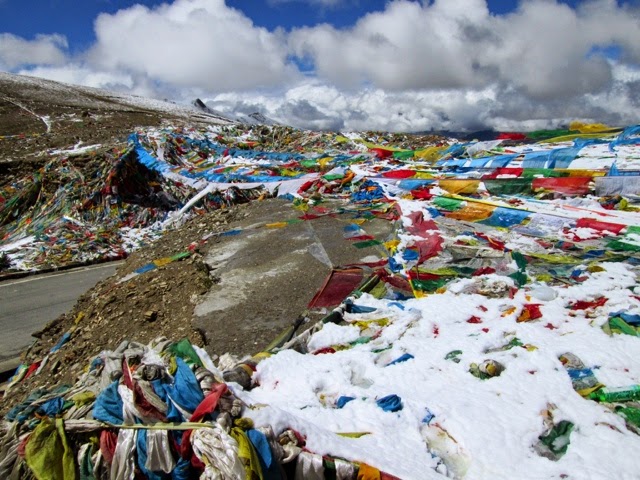 The second pass was Karola at 5100 meters.  The glaciers are amazing! 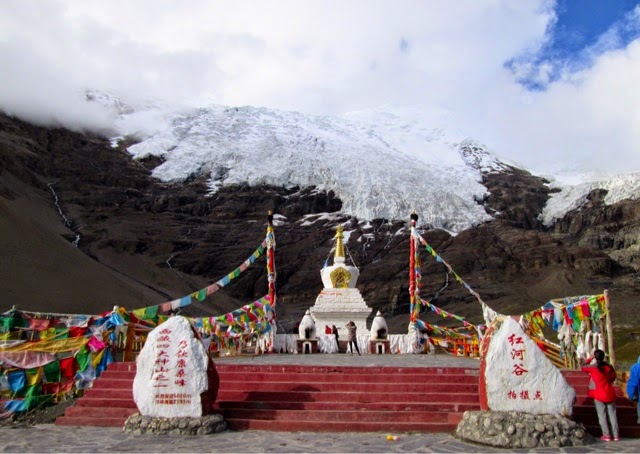 The valley between the Karola and Simila passes was beautiful.  They grow wheat, barley and canola- 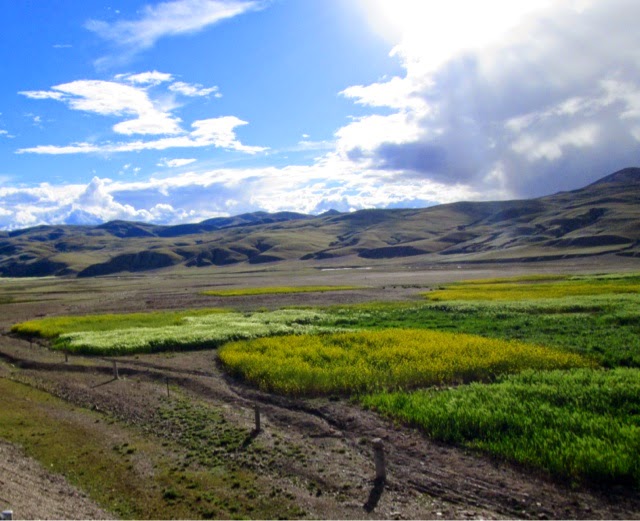 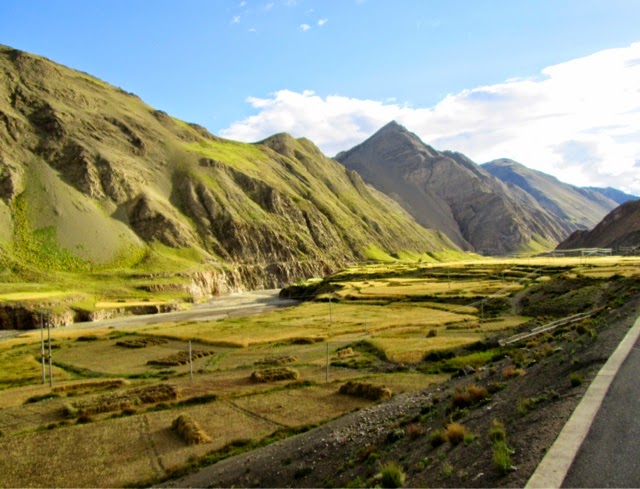 Harvest time!  Everything is done manually- 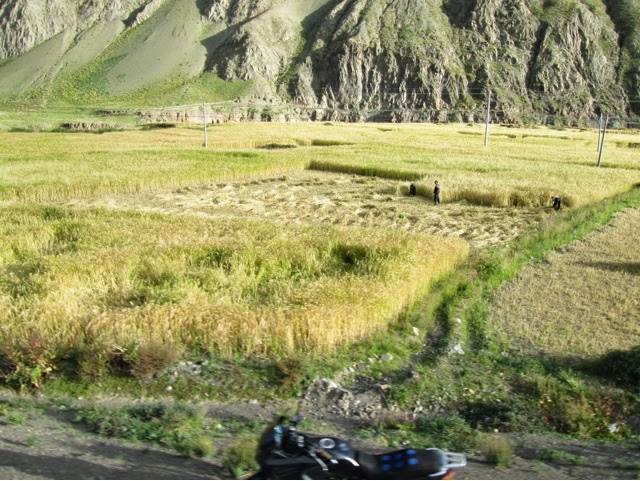 The third pass was Simila at 4400 meters- 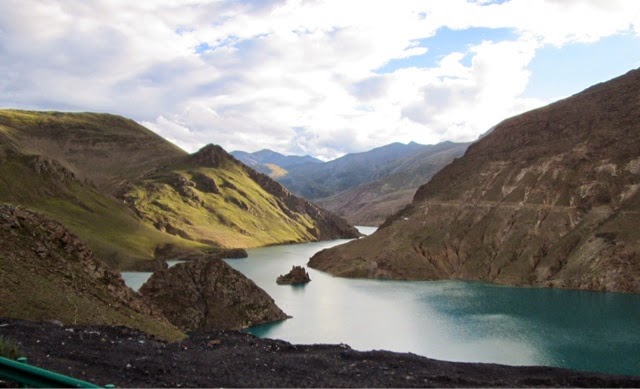 As I was setting up my tent, these 'friends' walked through!  Luckily, there was no nibbling! 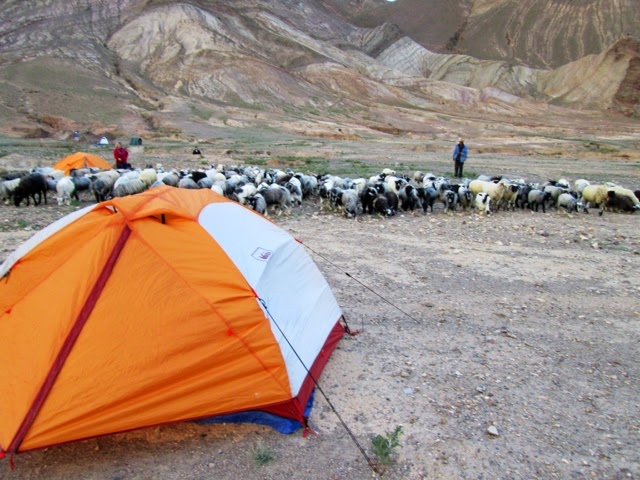 Looking forward to a good sleep, now that I'm acclimatized to the altitude!