This morning we went into Golmud to buy supplies before our big ascent to first the Kunlunshun Pass at 3768 meters and then the Tanggula pass at 5206 meters.

I bought a can of oxygen and an extra blanket!  Hope I don't need either! 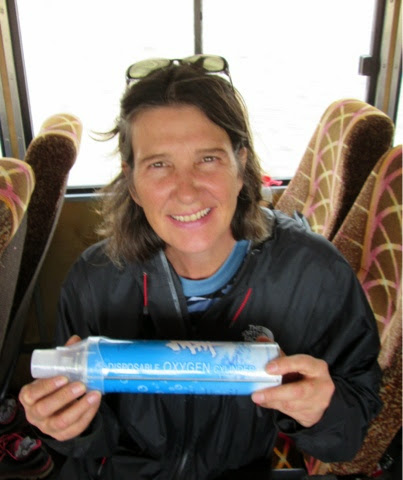 We had a toilet stop at a gas station.  I think this is the winner so far and yes, the dark is what you think.  First time I've gagged all trip- 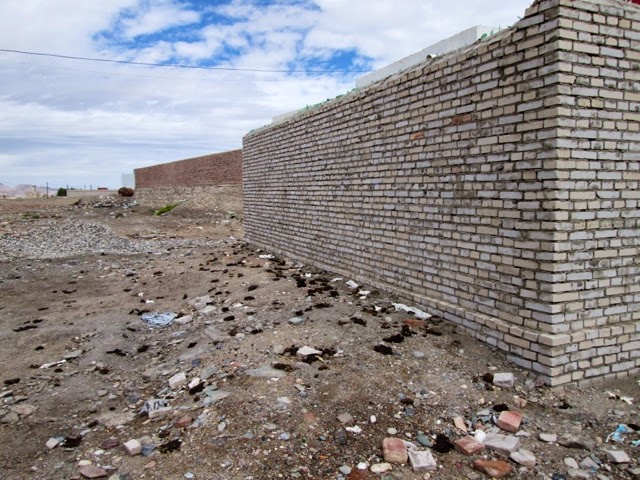 This is a typical scene in a restaurant.  They throw everything on the floor and then evenually sweep. 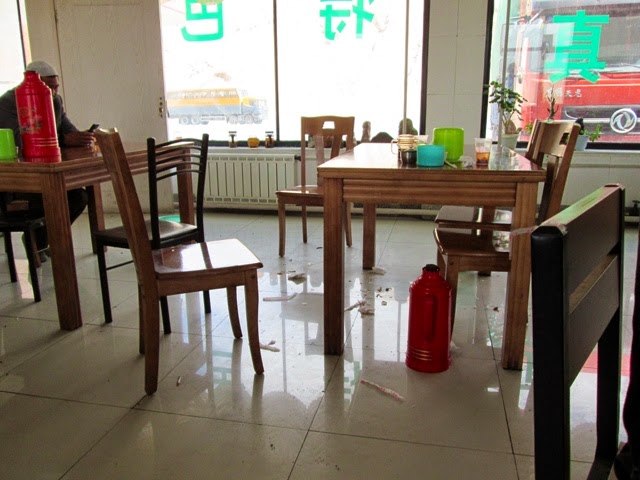 Eating with chopsticks allows one to slurp- 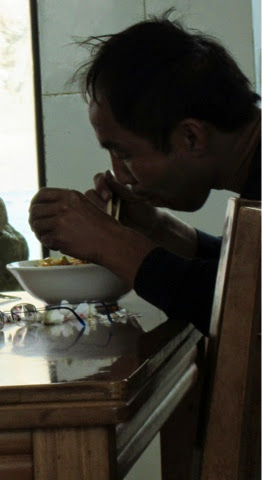 Chicken anyone?  This tray was on the restaurant counter when we walked in: heads, combs, feet- 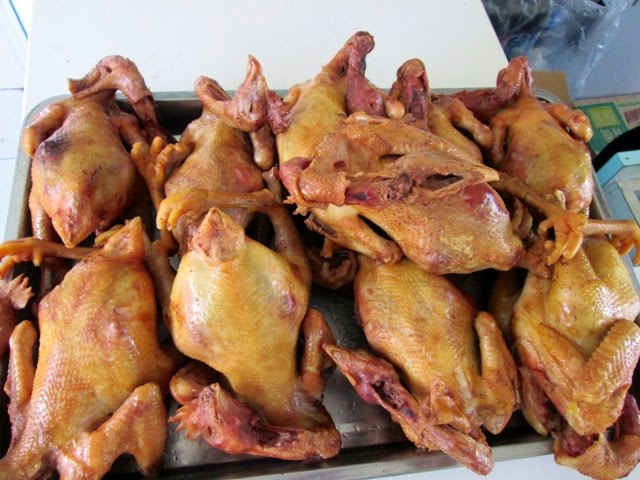 Just before we stopped at the gas station, we went through a 20 minute police check.  Soon after they "found" us at the gas station and demanded our passports because they'd apparently "forgotten" to get them before.  One of the men was brandishing a rifle, waving it all over the place, at people's heads and everywhere!  I hope it wasn't loaded.  They took our passports and were gone close to an hour to photocopy them.

We now have 2 guides - Melinda is Chinese and has been with us since Kashgar and Nam, who is Tibetan, joined us in Golmud.  Nam has just informed us that we aren't allowed to visit any tourist sites in Lhasa without an official guide.  We also have two police officers with us, one in the cab and one on the truck making sure we don't drive over 40 km/hour.  In the last while there have been two tourist buses that had accidents and 60 some tourists were killed so Crazy China's way of dealing with that is to put cops in your vehicle to make sure you only drive 40 km/hour. Get me out of here!


On the way to the Kunlunshan Pass- 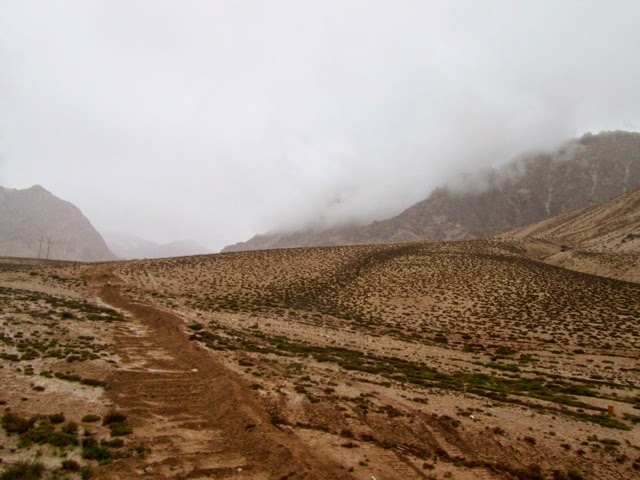 Yes it was snowing- 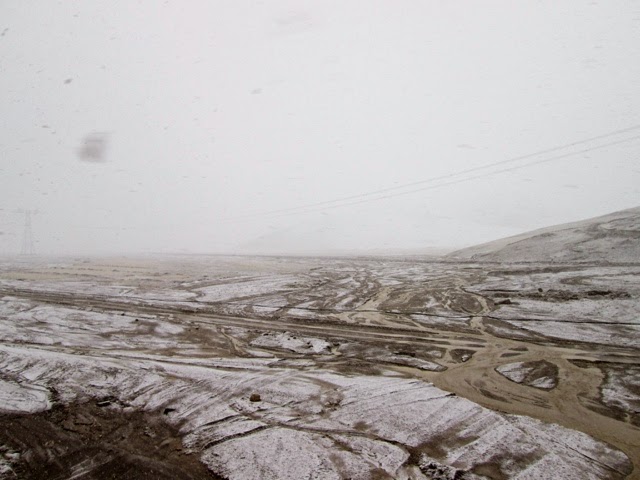 This was our windshield, not Willl's! 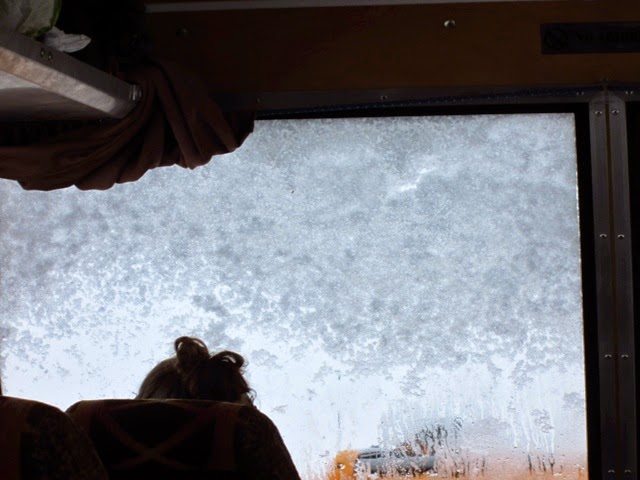 Everything was going pretty well until..... 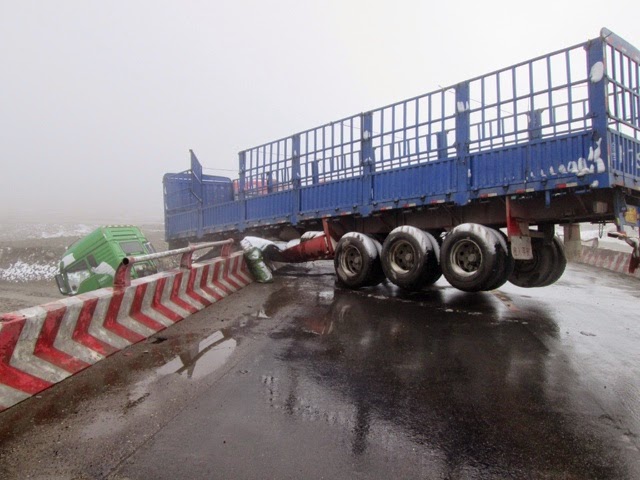 We weren't able to pass, so we waited and waited.  Then after the prescribed time, they, meaning the police, thought we might try a side road, however, another semi had slid off the road and a digger was working on getting him out by digging holes at his back wheels.  Not sure about that and no it didn't work, so the digger went to the front and, with the help of a large rope over the trailer's back end and quite a few Chinese pulling on the rope, (not sure what for either because if the trailer had fallen away from them, they couldn't have held it) eventually he was pulled out.  Then, the digger fixed the road so we could go through- 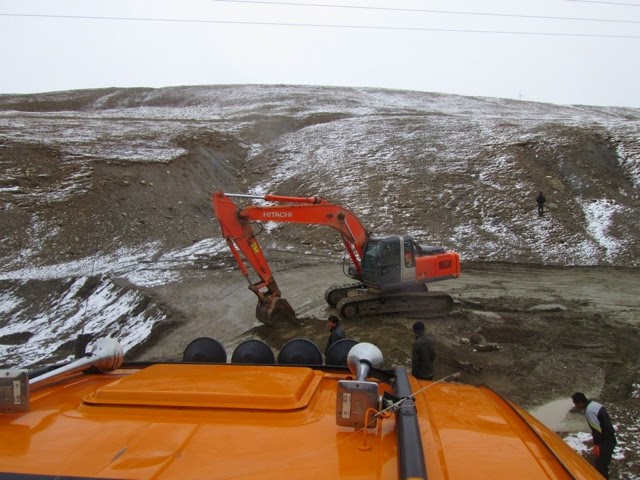 We fjorded the stream and were on our way. 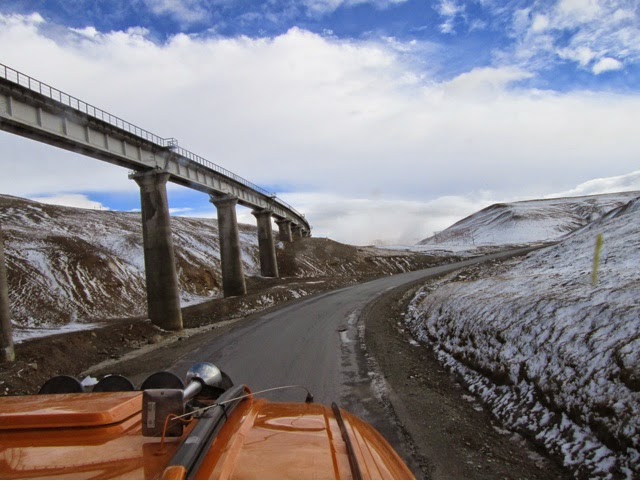 We came to the Kunlunshun Pass- 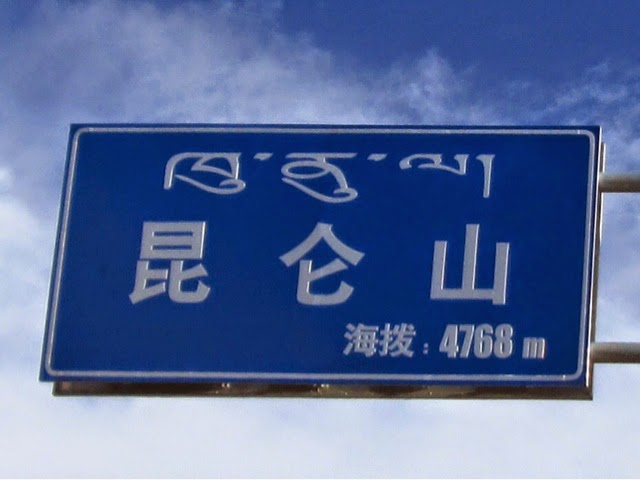 Monuments at the highest point- 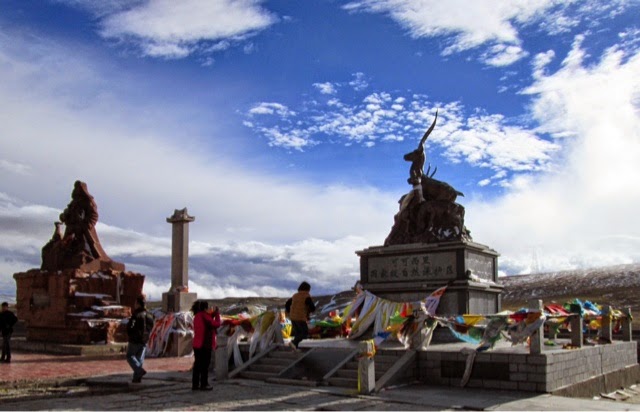 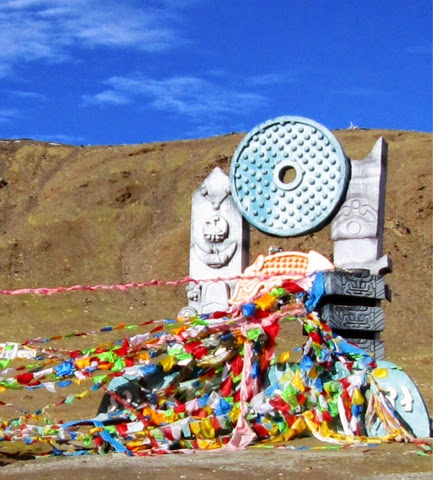 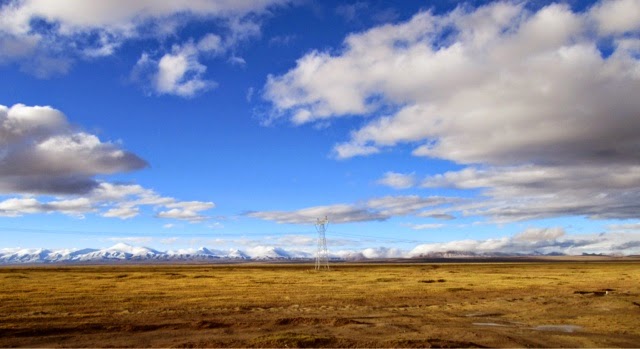 We stopped for supper at this town.  This is the kitchen- 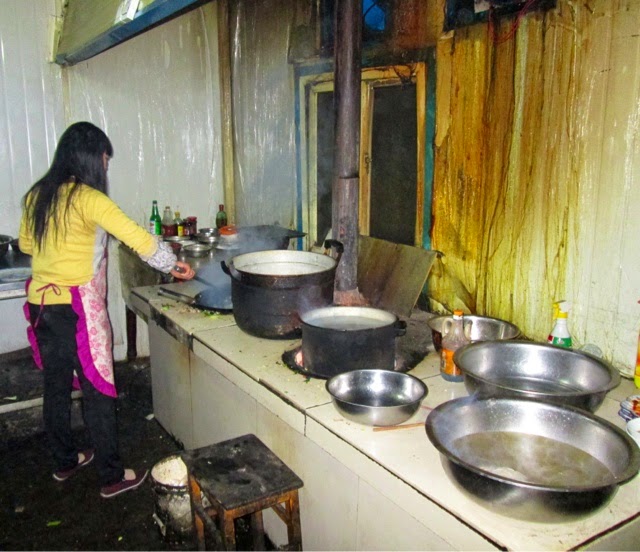 They had a great supply of ingredients- 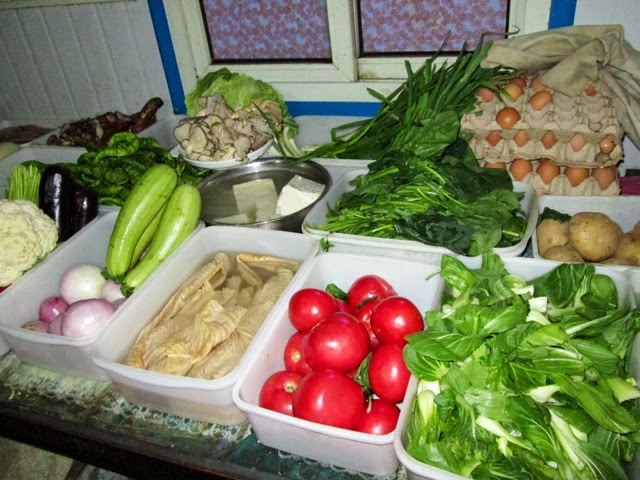 Duck anyone?  They were just hanging on the wall- 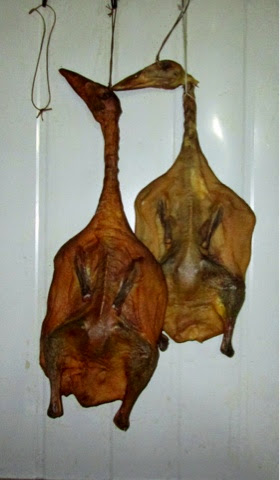 Their bedroom is right off the kitchen- 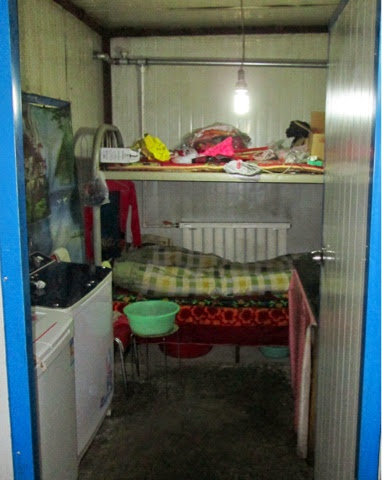 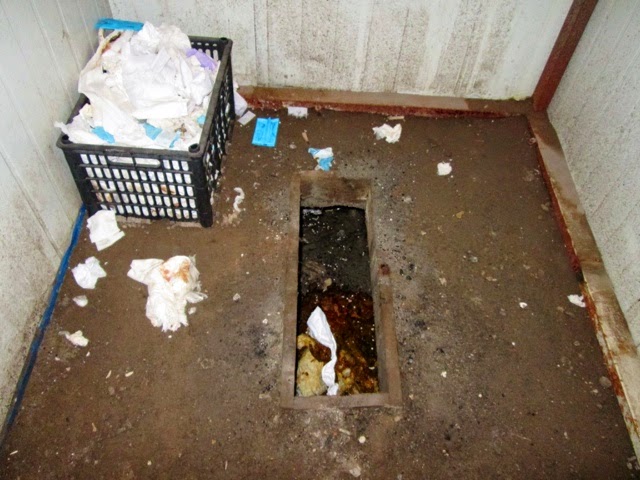 Will decided that because of all the delays, in order to keep on schedule, he would keep driving and so he did, until 2:15 am.  We slept, or attempted to, in the truck, but the road is a POS so we were bouncing all over the place.  Once we stopped, some of us set up our tents, others just stayed on the truck.

Looking forward to driving to a lower altitude tomorrow!