Our first stop this morning was at the Jokhang Temple.  It's the heart of Tibet and the most important spiritual centre for all Buddhists.  It was built in the 7th century and is the second most important World Heritage Site in Tibet.  Jokhang means "small house for the twelve years Buddha statue" which is found in the temple.  There are over 33 chapels- 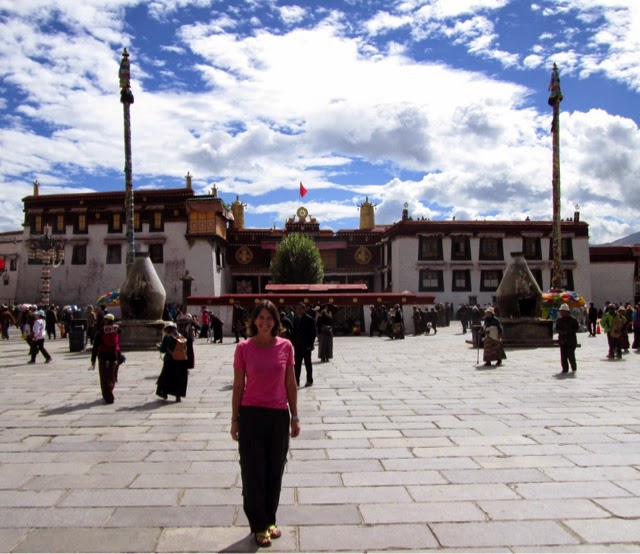 This is the square in front of the temple.  The pole is a darchen, which is wrapped with the 5 colors found in the prayer flags and used to transport the prayers to heaven- 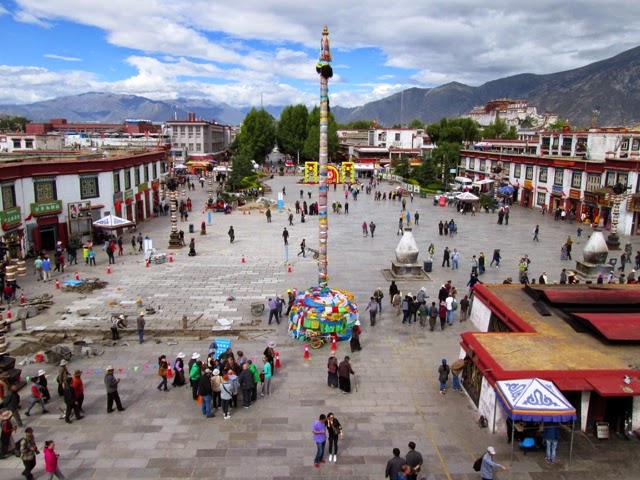 There are many pilgrims making the Barkhor circuit, turning their prayer wheels and chanting the mantra of the Buddhasatva of Compassion which in Tibetan is Chenrize.  They chant Om ma ni padma hung.  Om means the head of all the mantras.  Ma ni means holding gems and jewels in the hand of Buddhasatva of Compassion.  Padma means lotus flower which symbolizes purity.  Hung means a holder of gems and jewels.  It reduces suffering of the six beings in the wheel of life.  Pilgrims make this pilgrimage to accumulate merit and good fortune, to win a better rebirth, to cure an illness, to end bad luck or to give thanks- 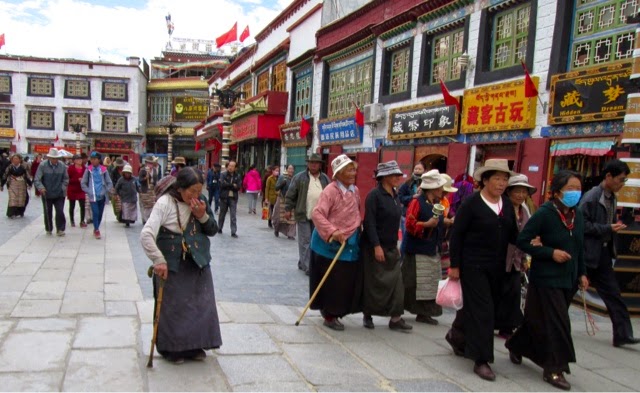 They also prostrate in front of the temple.  This is called Chakdsel in Tibetan.  When you do this, you do three different gestures, placing your hands in a prayer position at the head which represents the mind, at the lips, representing speech, and at the heart, representing the body.  This is done to renounce sin- 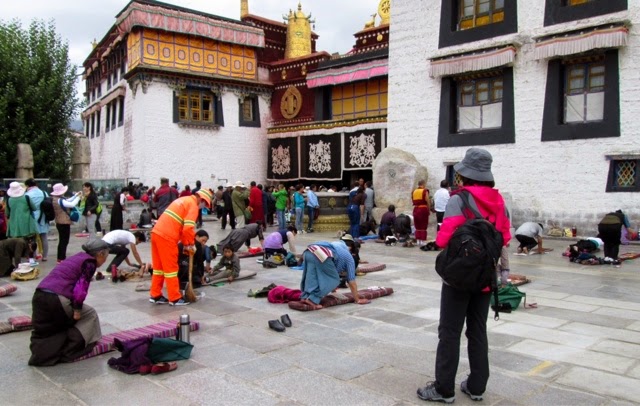 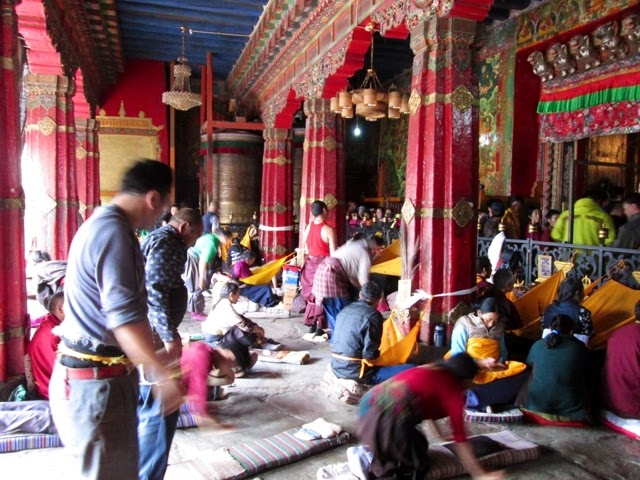 This woman is praying using wheat and jewels, rubbing her hands clockwise and counter-clockwise to bring peace and prosperity to the universe.  She was doing this inside the temple- 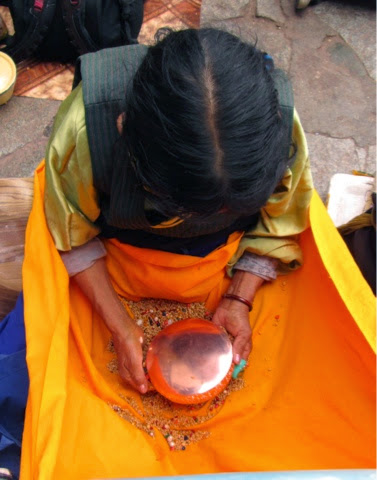 The roofs inside the temple grounds- 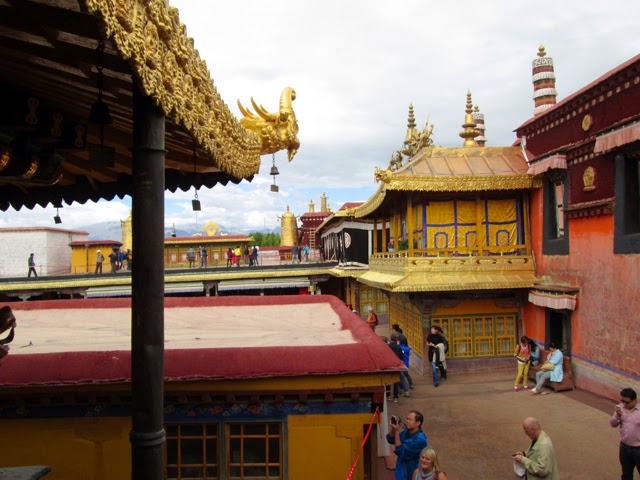 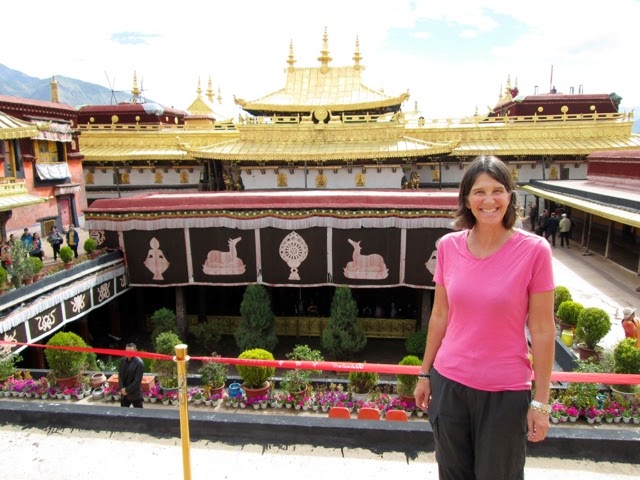 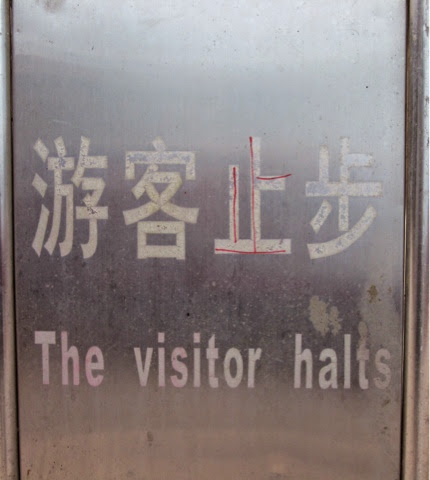 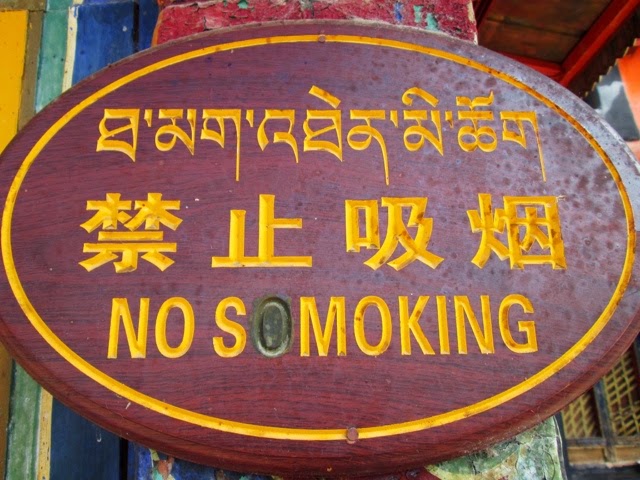 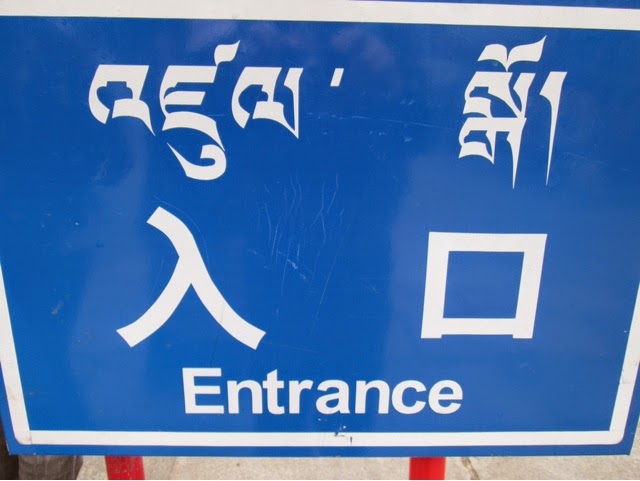 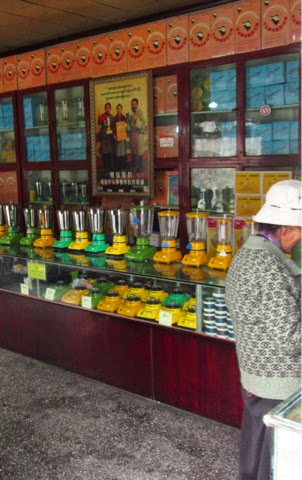 Typical buildings with shops on the ground floor and apartments on the next three.  Notice the bars on the windows- 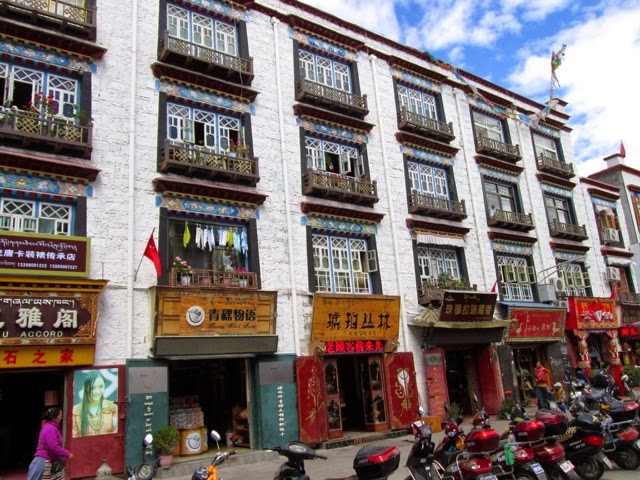 I used an automated teller and had a heck of a time because my password is a word.  I don't really know the numbers, just where they are, so this really threw me! 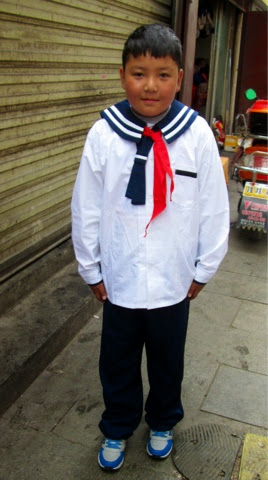 This afternoon we visited the Potala Palace, former winter home and the governenment of the Dalai Lama who is now in exile in India.  It was the 5th Dalai Lama who moved lthe government here in 1645.  Potala means 'pure land' or 'paradise'- 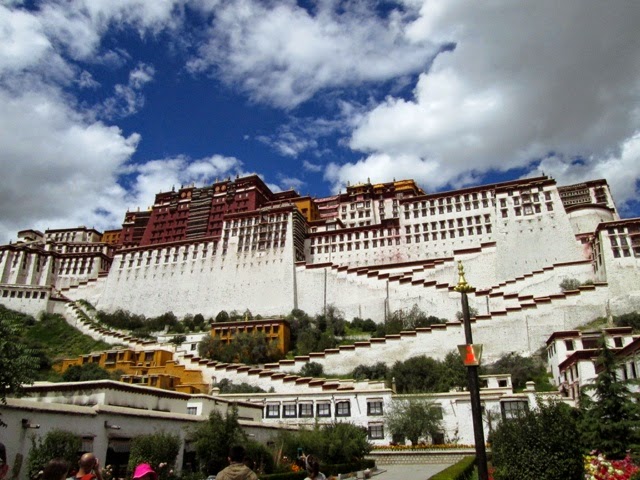 Many Tibetans visiting the Potala Palace come in traditional dress- 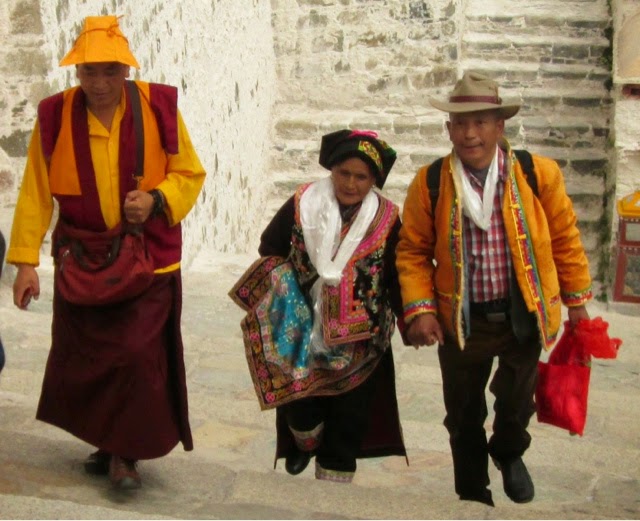 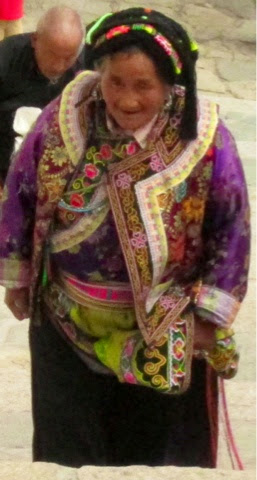 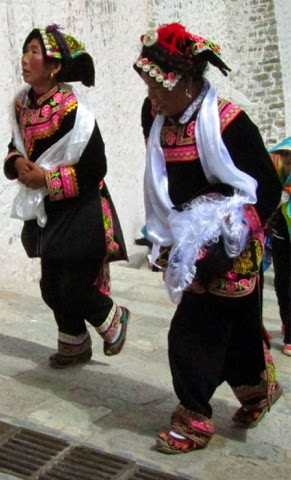 Some of the architecture around the entrance to the Palace- 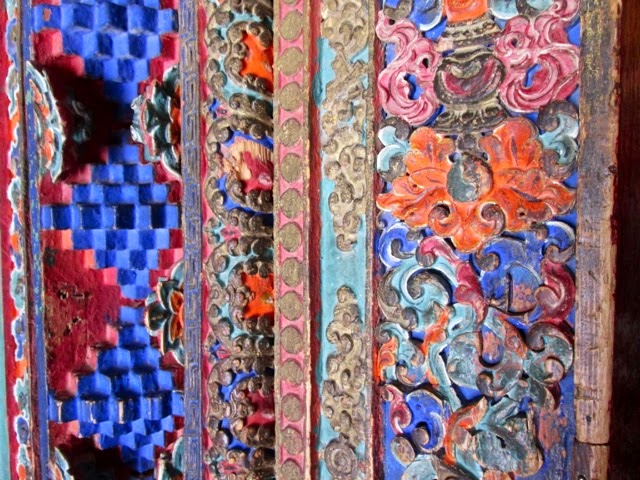 People also make the circuit around the palace.  This woman is using a prayer wheel- 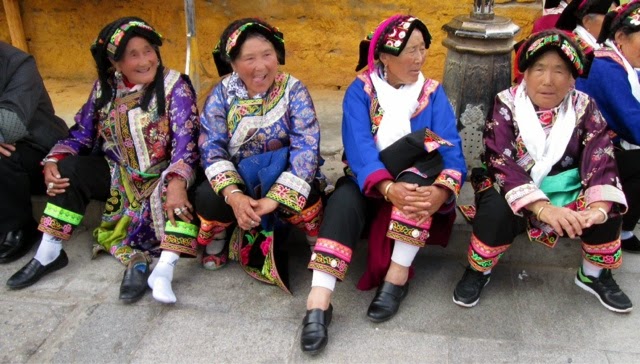 It is very interesting to witness the faith of the Buddhist people.  They are so dedicated and proud of their religion.  Today was a great day!