What a nice slow day!  Wiebke and I went shopping!  Our first stop was at a shop selling retablo-
Peruvian folk art.  The scene is in a wooden shadow box and the people inside are made from a mix of plaster and cooked potato.  I bought a small one but didn't take a picture.  It's bubble wrapped and will stay that way until I get home- 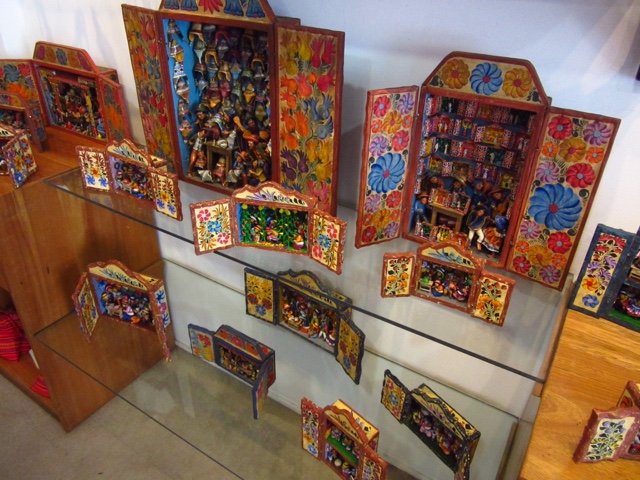 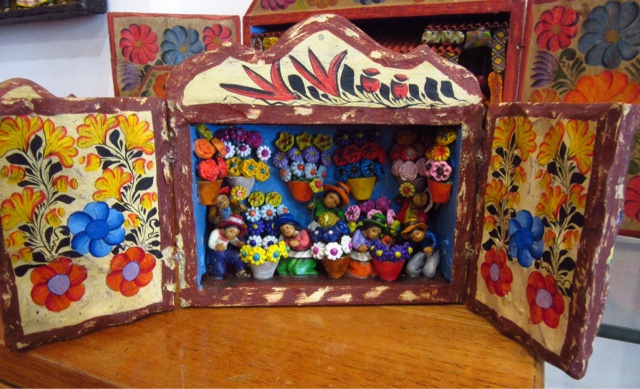 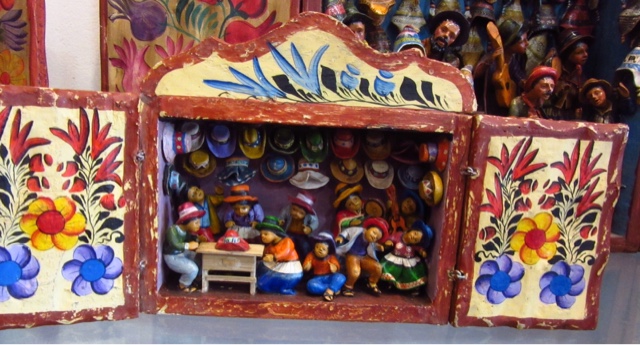 The toque maker.  This one is really big, expensive and super gorgeous- 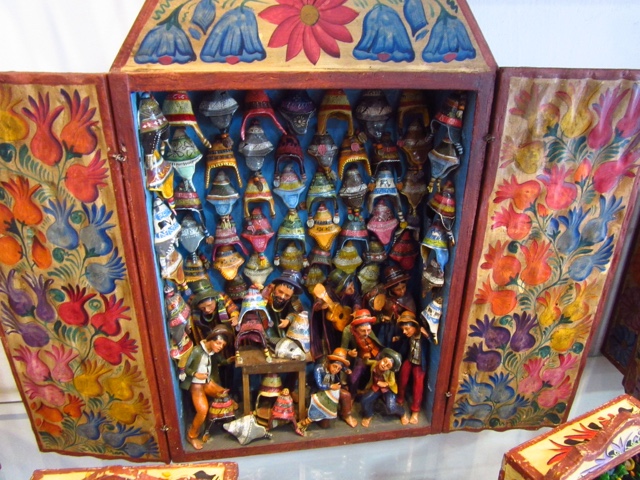 Afterwards we went to a boot shop where I ordered some made to fit boots - hope they do.  The guy drew my foot but I have a lot of trouble finding comfortable shoes.  My left foot is a 41 and my right foot a 41.5 so....  I also bought a silver ring that needs to be sized.  Again I forgot to take pictures.  I booked a trip on Tuesday to Rainbow Mountain.  It's another hike but I won't be making that mistake again.  I can rent a horse to take me up!
In La Plaza des Armas is a fountain of a shining gold Inka warrior.  He's only been there since 2011 and has created a lot of discussion about whether or not he belongs.  Some say he's pointing up the hill to a large cross, others that he's pointing to Sacsaywaman, also up the hill- 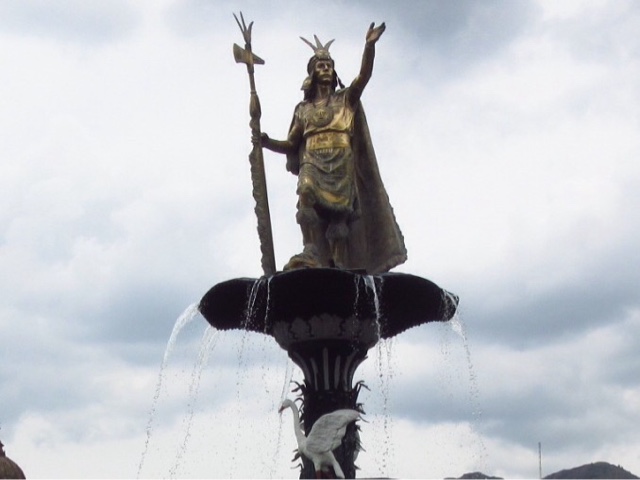 Lunch was ceviche in the San Pedro Mercado where the African Saint Martinez also 'lives'.  In 1650, he wanted to be a Dominican monk- only problem was he was a mulato!  The Dominicans weren't going to allow a black man into their order so they let him clean the monastery.  He is responsible for many miracles and is always portrayed with a broom in his hand which is unfortunately hard to see in this picture- 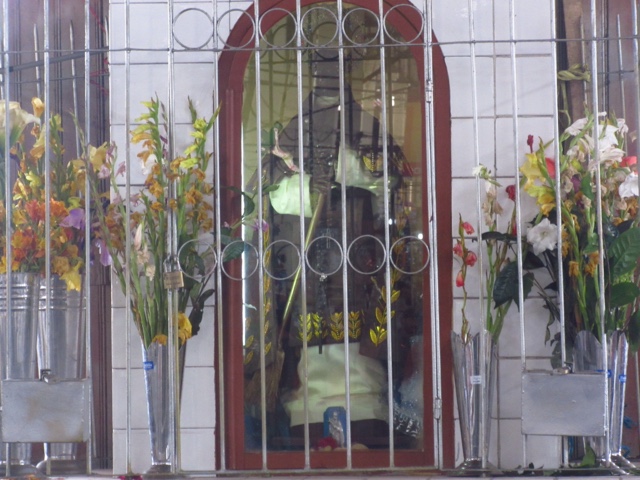 Llama foetus are offered to Pachamama as an offering for good health.  They hang in the mercado- 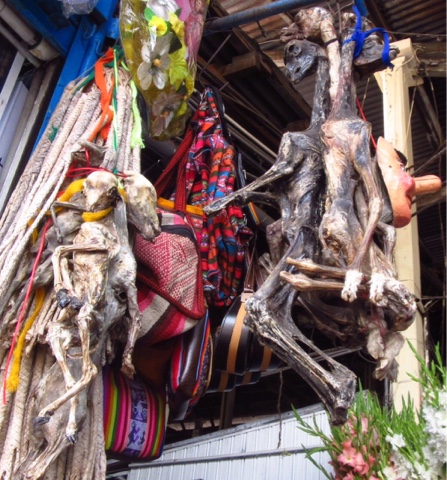 Because it is Sunday, there were a lot of people in the main plaza, making music and dancing- 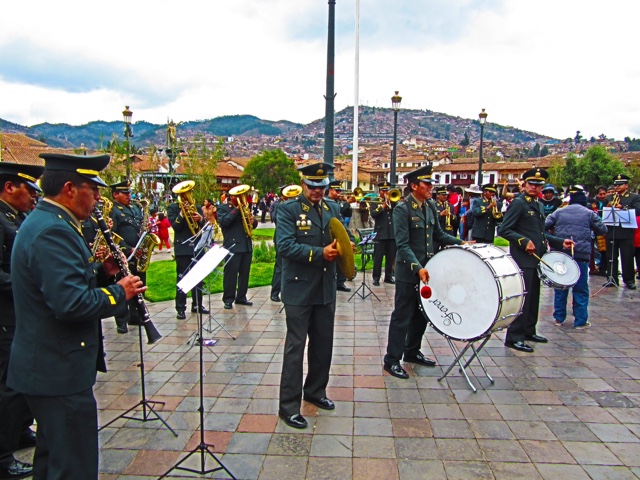 Then it was time to come home to watch the Riders play Toronto in the CFL Eastern final.  We were oh so close!
6 people left for the Amazon for 4 days and more are leaving tomorrow.  I'm not going there nor to Machu Picchu because I did that in 2014 when I was here with an EF group from NBCHS.  Still, I need to do something so I think I will go to Sacsaywaman tomorrow and maybe a couple other ruins.
at November 19, 2017