We had a 7 am start to avoid Puno traffic and because we had a couple borders to get through.  We drove most of the way with Lake Titicaca in sight.  There is rich agricultural land on its edges and the color of the soil changes from red to brown to black to grey- 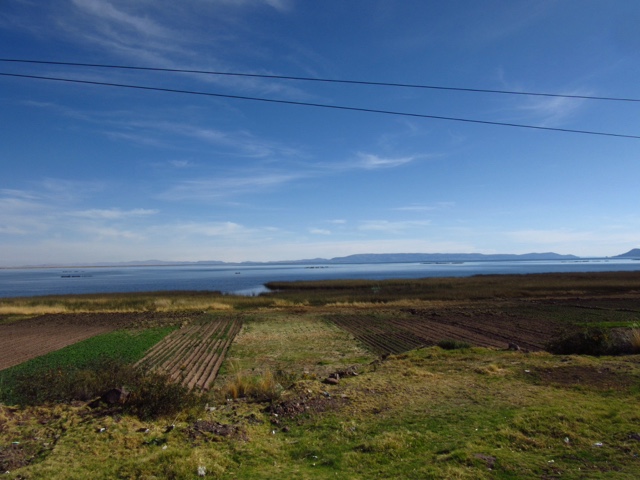 Sheep graze, usually with a herder.  If not, they are tethered- 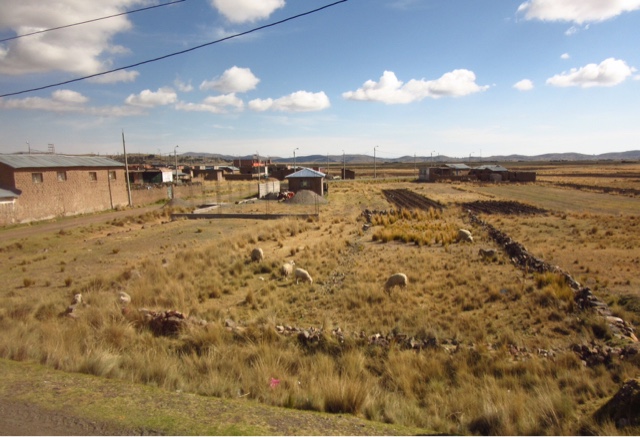 Cemeteries are very interesting and usually well decorated with flowers wrapped in cellophane.  I haven't been able to get a picture of them yet; we move too fast.  These graves are on an angle to the highway and after checking my compass, the head is facing directly east- 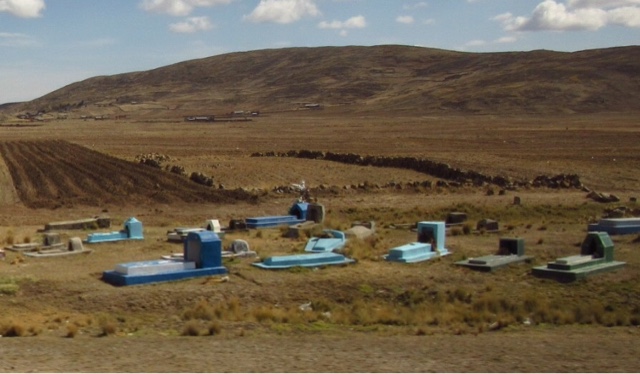 Sometimes graves are on private property, in the middle of nowhere.  Other times they are in cemeteries that are randomly placed- 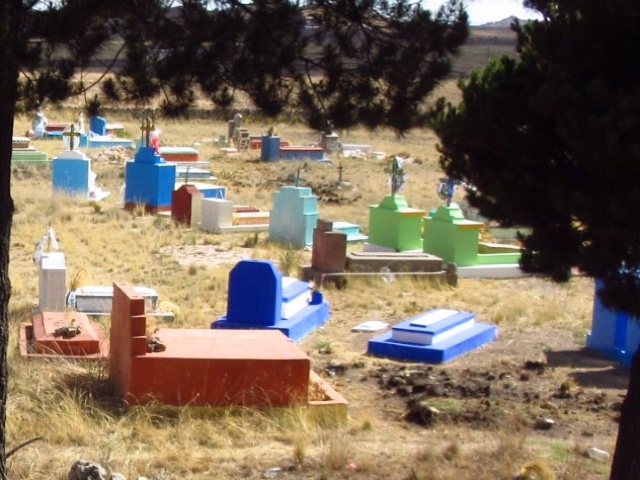 Buildings in richer areas are built from cement bricks, not adobe.  Extra rebar is used in case the owner wants to add a story later on.  Most work is done manually- 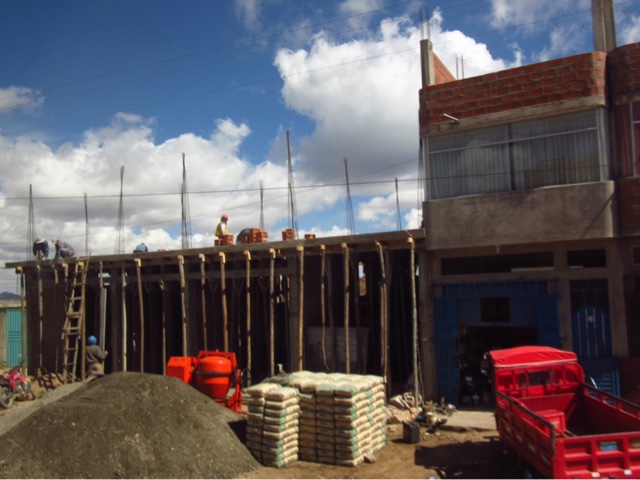 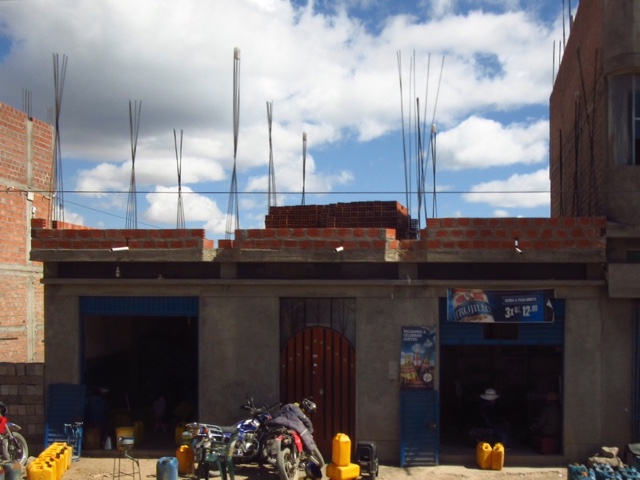 Trout is available on just about every menu.  These are trout farms in Lake Titicaca- 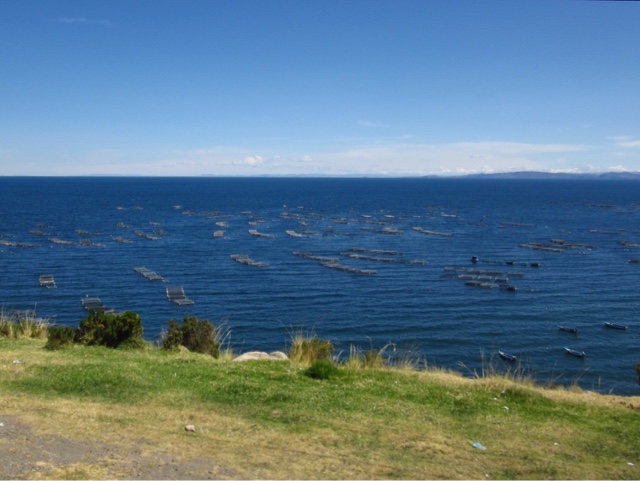 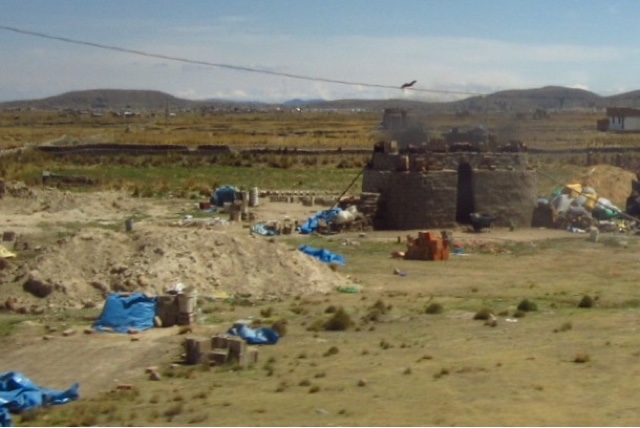 We're back in garbage land- 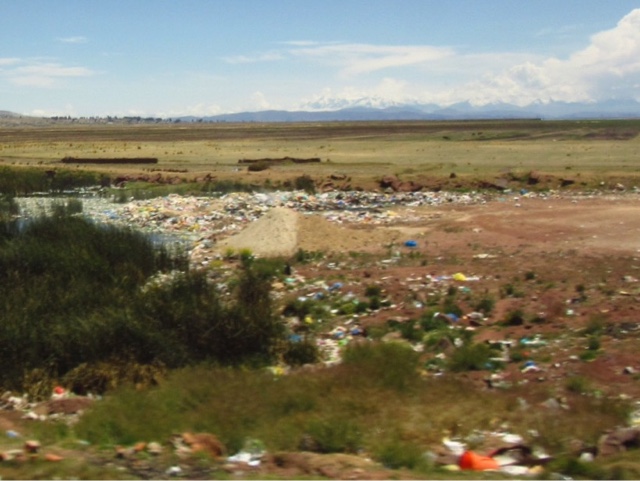 Once to the border, we had a long queue and that was just to get out of Peru- 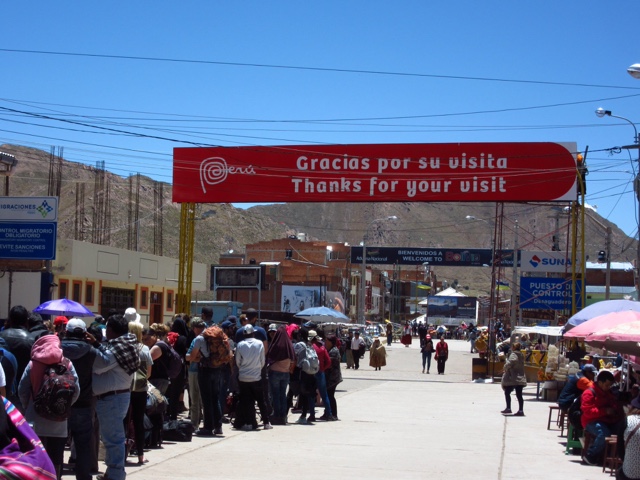 There are shops nearby to exchange money.  They even take coins and give a better rate than on XE currency.  Food booths, baños and tiendas are also abundant.  Once through the Peru border, we walked across a bridge to the Bolivian border.  We had to jump through a few hoops: each person had to present their passport just to get an immigration form.  Then, Russ, who is American, didn't have a visa, so he had to go back to the truck for some documentation.  Once that was sorted, we headed for the office to get the truck out but were told it was back where we had just come from.  So Jono took a tuktuk back while we waited.   35 minutes later he was back and we were on our way.  Sort of.  We crossed the bridge into Bolivia where Jono was told he had to go back again to where he had just come from to do the Bolivian paperwork.  Jono and Ninja had both asked numerous people while we were there if the paper work was done there but they were told no.  Eventually we were on our way and so what was supposed to be a 4 pm arrival in La Paz turned out to be an 8:15 pm arrival.
Instantly in Bolivia, thing were different and that's so weird because Bolivia is supposed to be the poorest country we'll visit.  Properties are not fenced in, fields are larger and there is more farming equipment around- 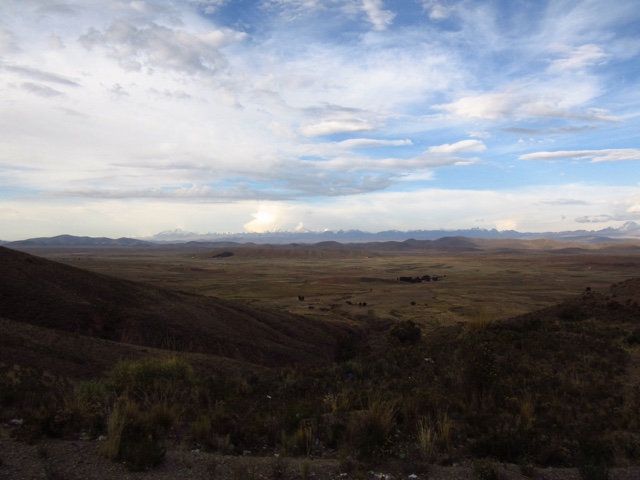 Once in El Alto, the fastest growing city in South America, architecture was rich.  They use a lot of glass and decoration- 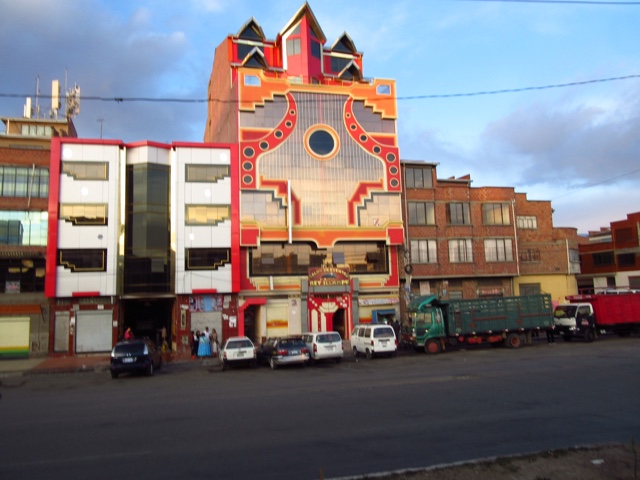