Ten of us signed up for the $100 US Nasca Lines flight this morning.  Our plane was a 12 seater and everyone got a window seat- 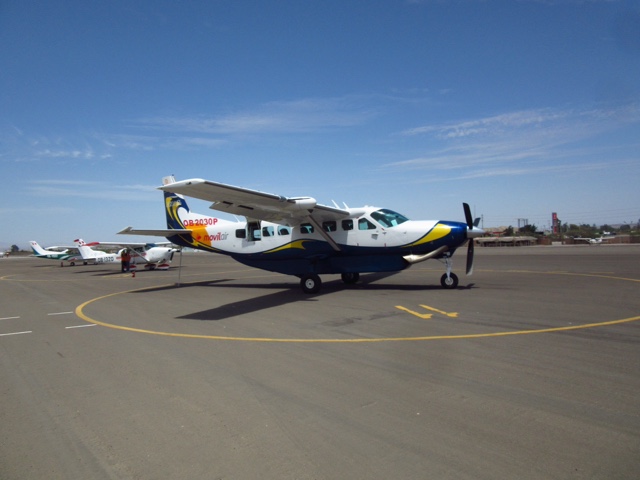 Kerry, Dario, Glynn, Powell, Marguerite and Richard are patiently waiting for take off- 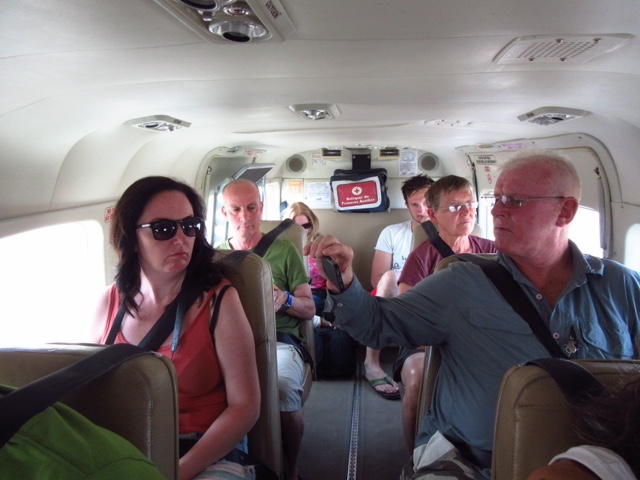 The view of the valley and oasis is awesome.  The highest sand dune in the world, Cerro Blanco, is 2078m above sea level and 1176km from base to summit.  It is in the middle at the back- 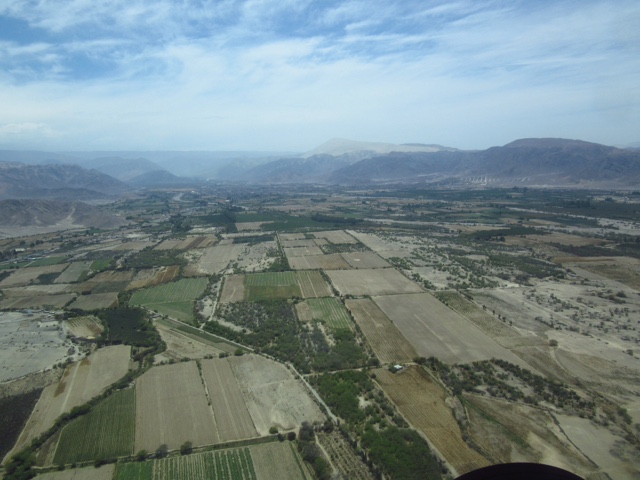 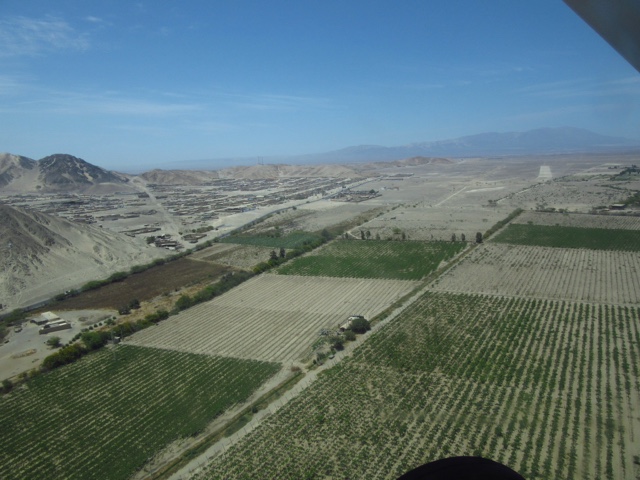 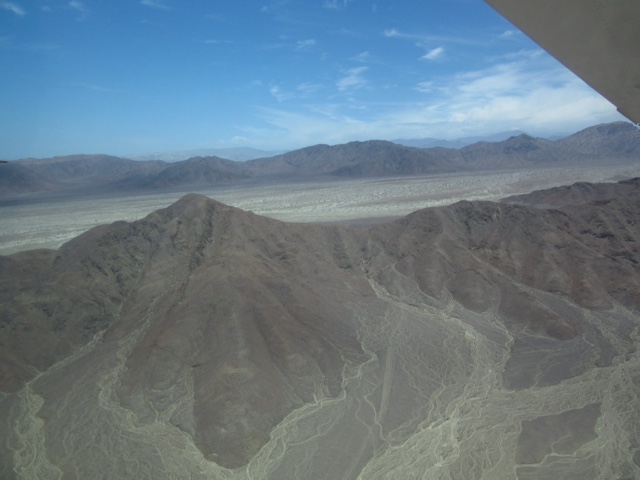 The Nazca Lines include more than 800 straight lines, 300 geometric figures and 70 animal and plant drawings.  The lines were made by removing the dark stones from the surface of the desert and piling them up on either side of the line.  This exposed the gypsum soil below.  Maria Reiche, a German astrologer, proposed the lines were made between 900 BC and 600 AD and she dedicated her life to the study of them.  Weird.
We saw quite a few of the figures.  The condor is 136 meters long- 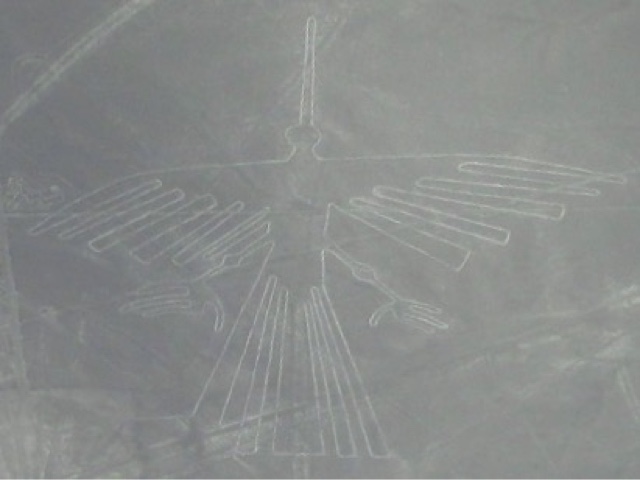 The parrot is 200 metres long-

There are a lot of straight lines and triangles.  I liked these the best because to me they are the most believable.  As if some pre-Inca society 1400 years ago came up with a drawing of an astronaut, which by the way, I couldn't make out from up above- 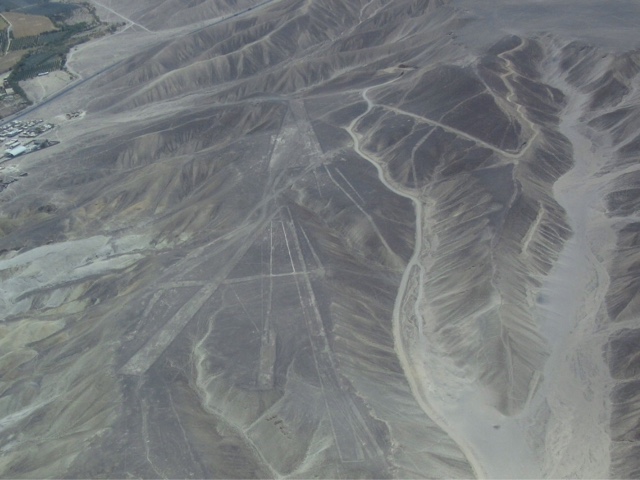 The spirals were pretty cool- 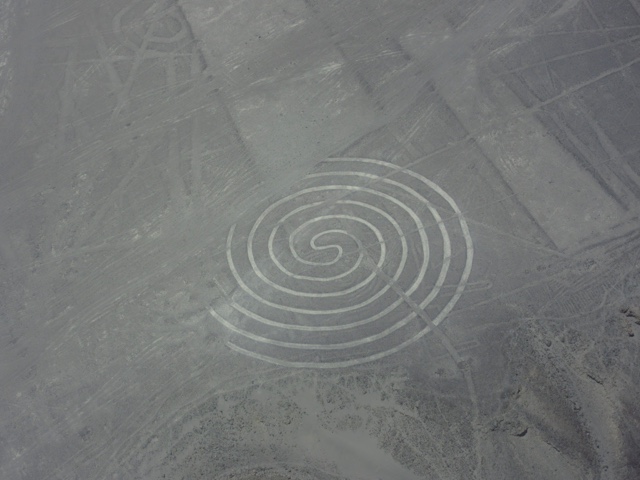 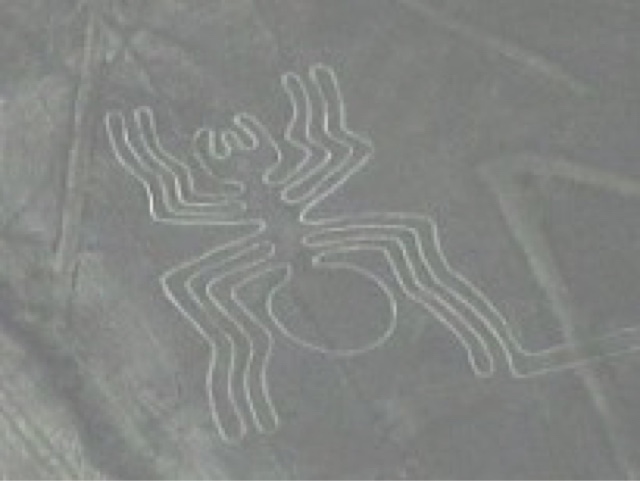 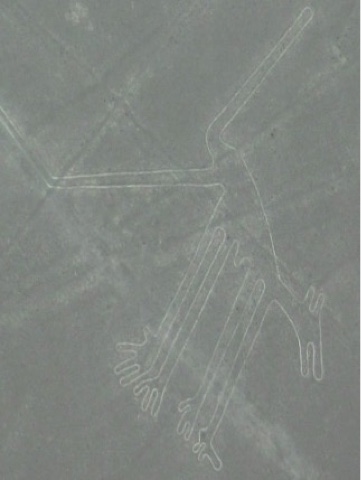 The monkey is 110 meters and is missing fingers- 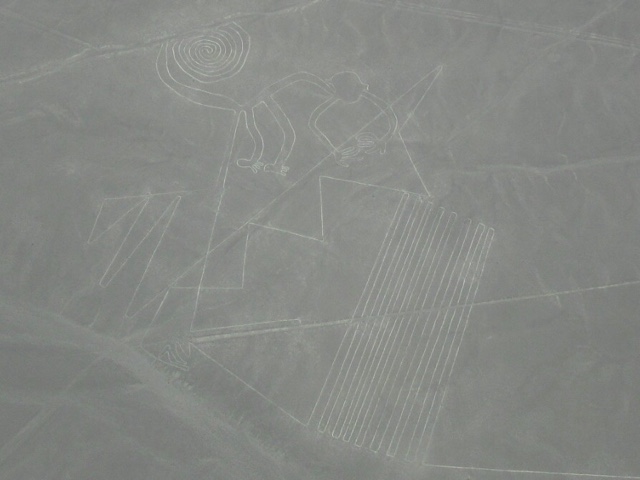 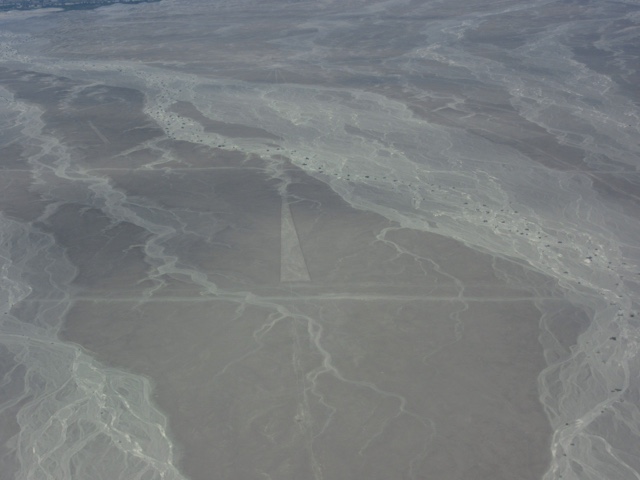 I would love to see it rain!  Some say the rain lasts only 30 minutes/year, others say 1 hour.  There are a lot of dry river beds just waiting to be useful- 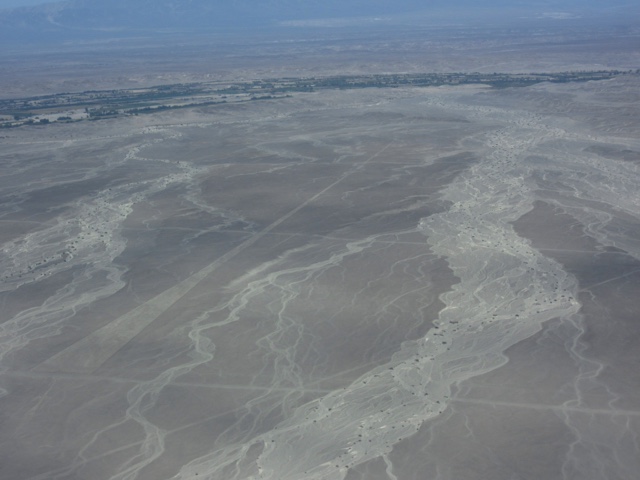 The tree is 70 meters high- 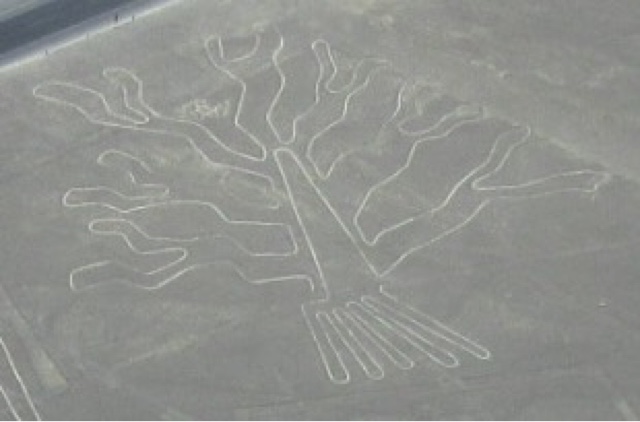 I think the Nasca Lines are one of the biggest scams going.  All the gringos pay $100 US minimum for a 30 minute flight, they stay in hotels, eat at restaurants, all to see a bunch of fake drawings.  I think the straight lines are real, but a nine fingered monkey?  An astronaut?  Come on!  The flight also made me feel sick because the pilot would show the design to the left side of the plane, then tilt so those of us on the right side could also see.  I didn't throw up but felt nauseous like after a ride at the fair.
Afterwards, Dario, Richard and I stayed in town for lunch.  I had another causa but it wasn't as good as the one in Lima- 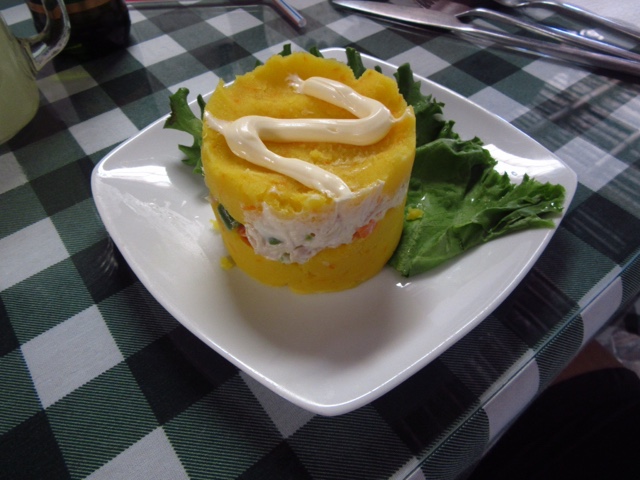 And pollo el horno with ensalada rusa which is beets, peas, carrots, celery and green beans in a mayo sauce- 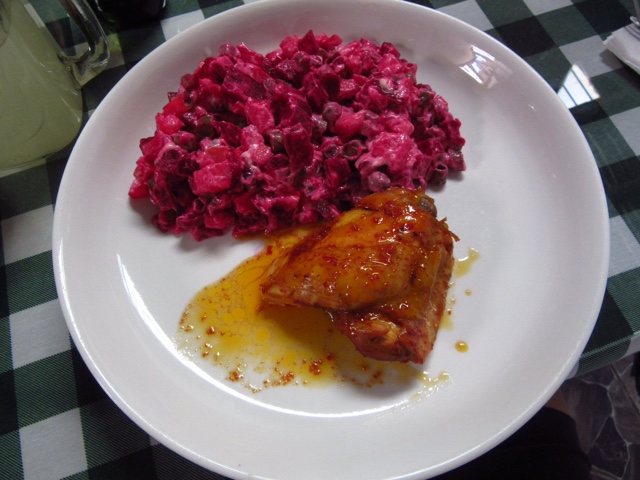 The warmth and sunshine have been a welcome change the last few days.  Looking forward to Puerto Inka tomorrow as we make our way to Arequipa.
P.S. 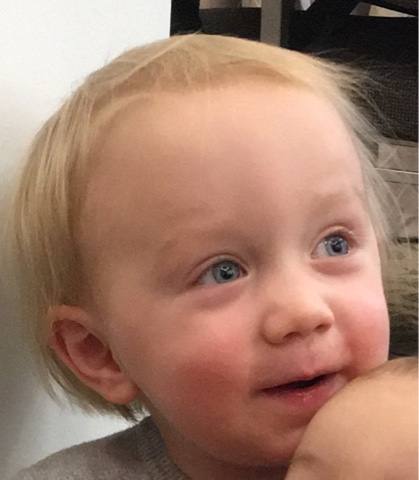