No towel decorations this morning!  Everyone is disappointed!  And, no snack when we returned from snorkeling!  What is going on?  They haven't got their tips yet......

Isla Santa Fé, or in English - Barrington, is 24 sq km and home to the largest opuntia cacti on the islands.  Some are over 10 meters high- 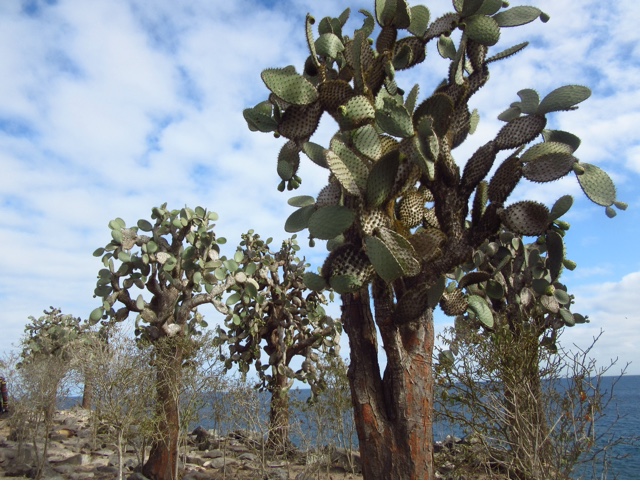 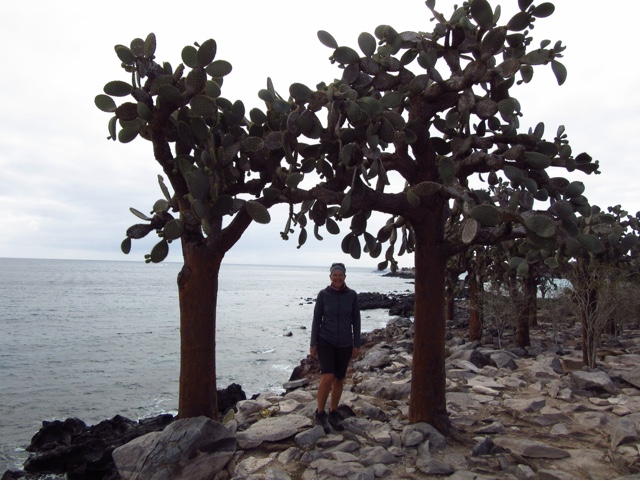 The Santa Fé land iguana is yellow because of its diet- 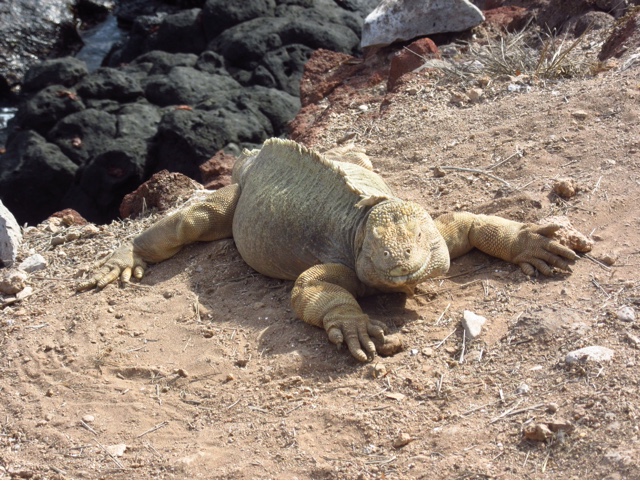 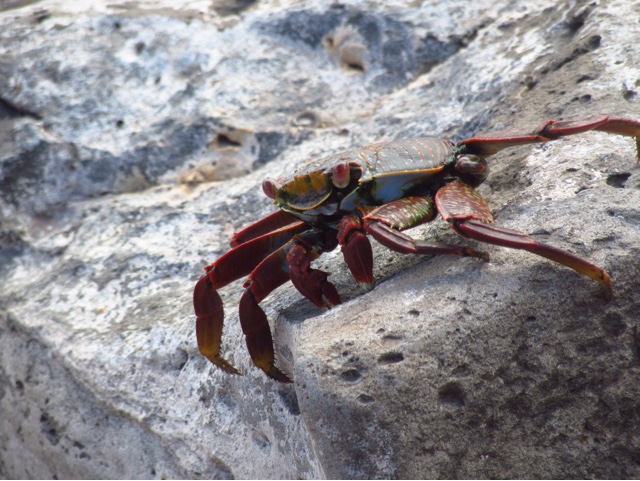 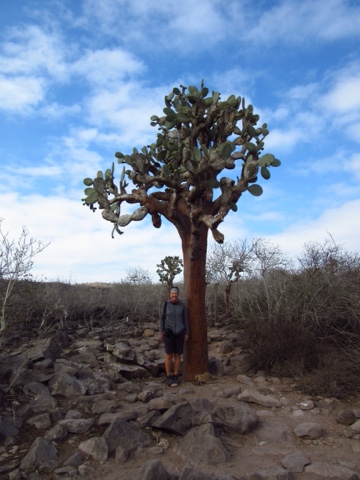 The trail is rough- 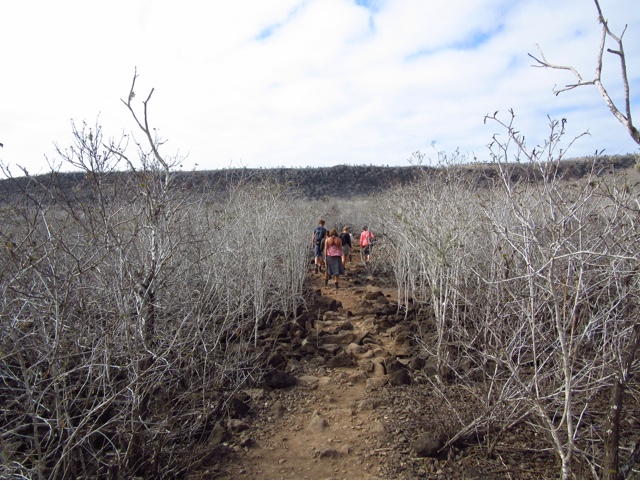 And the island is desolate- 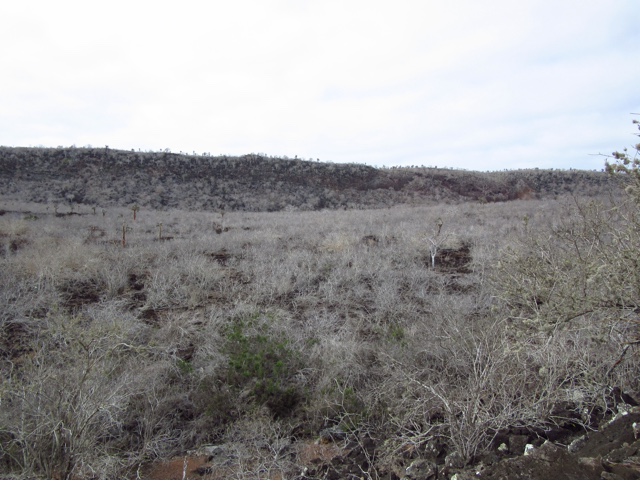 In the winter season, everything will green up.  70% of all flowers are yellow and the rest are white and purple.

This inscence tree, or Holy Tree smells of oil/incense and is used to keep mosquitoes away.  People will burn a branch in their homes- 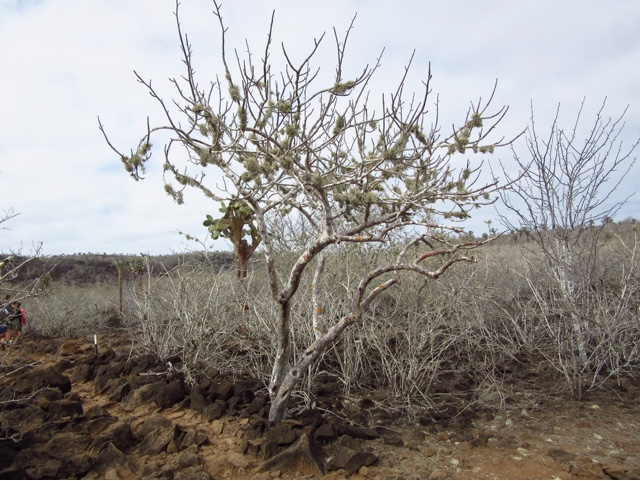 Back on the beach there's quite a colony of sea lions- 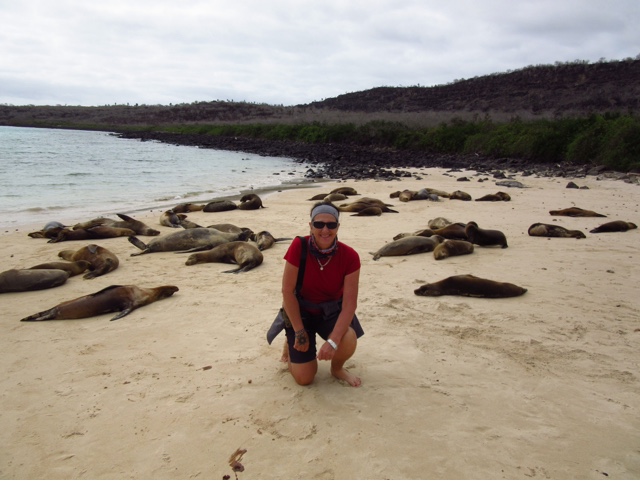 The alpha male is gigantic- 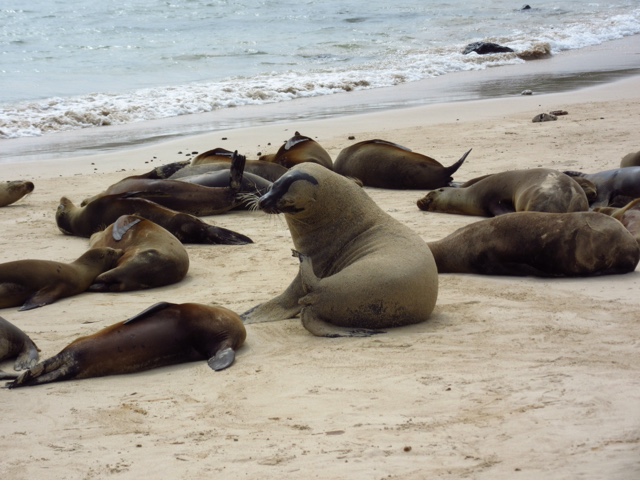 We also saw a snake; I should say my group did- I didn't.  They also saw white tip sharks while snorkeling.  I missed them too but I did see a small blue/gray stingray and did play with the sea lions.  They come straight for you and then veer off at the last moment.  I stayed away from the alpha male - I didn't want him seeing me in my wet suit and thinking I'm another male after his harem!

Santa Fé is close enough to Puerto Ayora that many day trippers come to visit.  Also, the Galaxy II is still shadowing us.  They are a group of Americans on a Road Scholars tour.  It's for seniors (that's me) but I wouldn't want to be with them- no fun and too old.  I guess that's where all the people my age are!


After lunch we moved onto South Plaza Isla.  It's only 13 hectares- 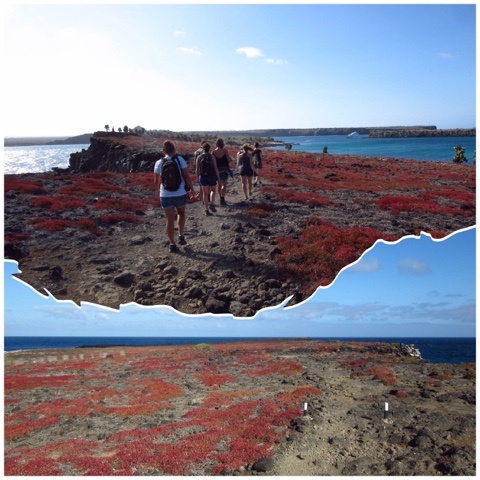 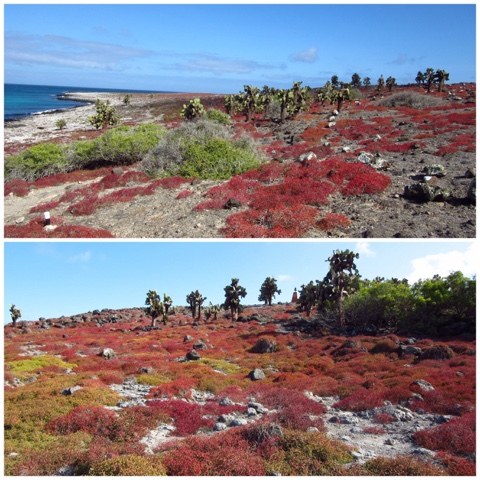 but is beautiful.  There were more land iguanas- 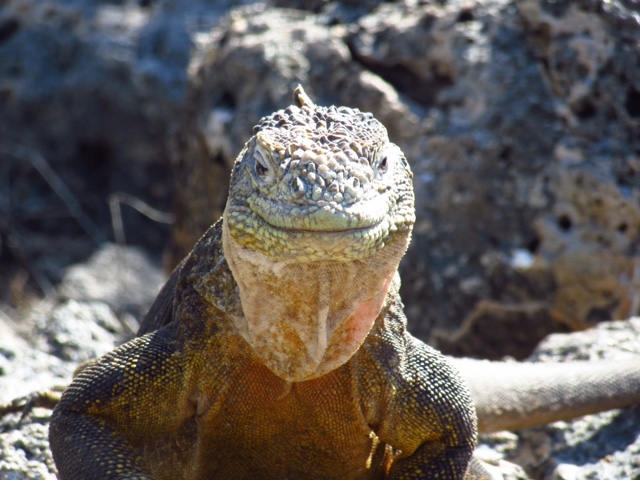 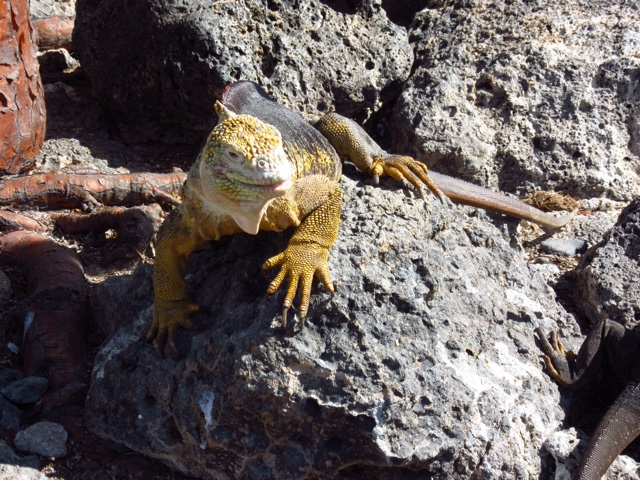 The male is yellow and the female is black- 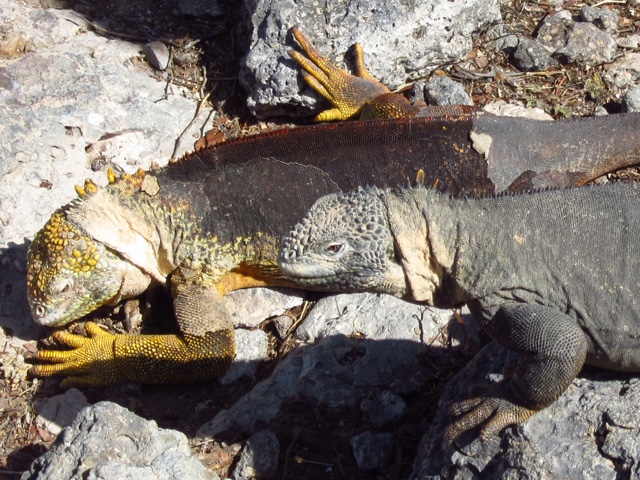 Licking his lips after eating fruit from the cactus- 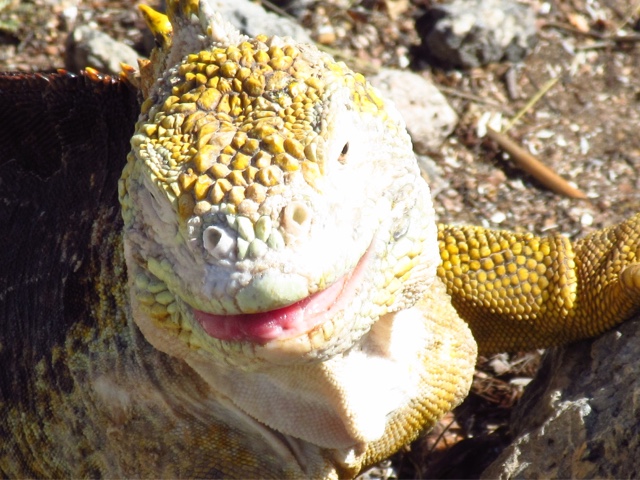 This afternoon was our last guided tour with Edgar.  His English improved exponentially this past week and I learned a lot, thanks to him- 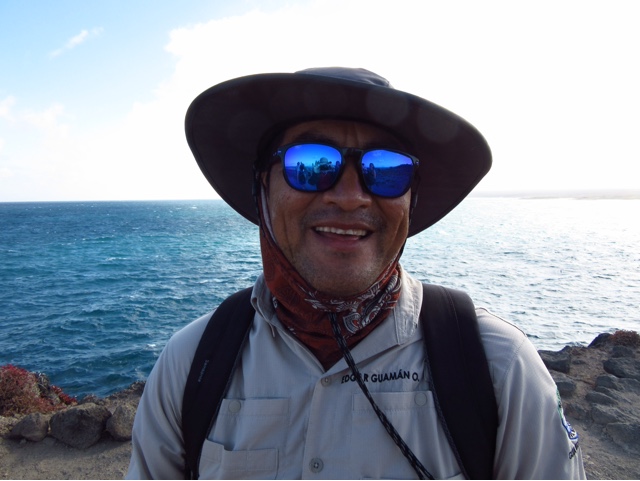 Tonight we had a farewell cocktail and dinner- 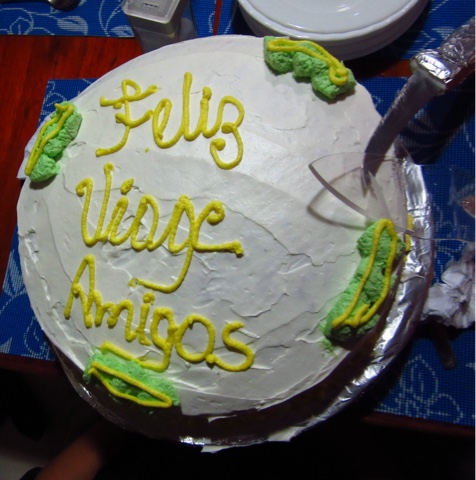 The crew got dressed up for the speeches- 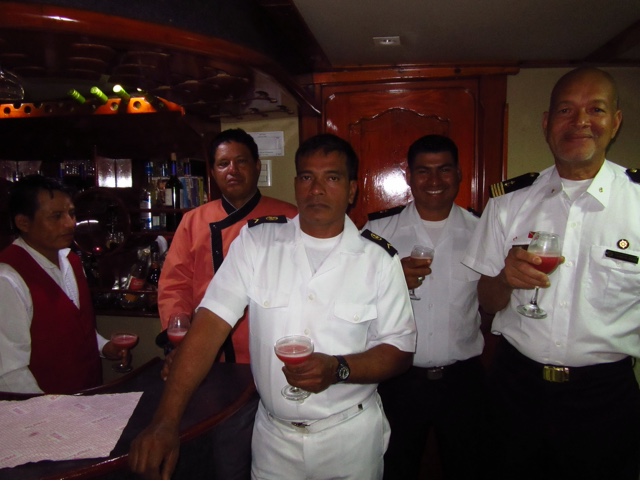 Tomorrow we'll stay in the dinghy as we visit Black Turtle Cove and then it's off to the airport. I can't believe 8 days have gone by so quickly!