I decided to get off my butt and go see 4 ruins that are very close to Cusco.  Cristo Blanco is 26 feet tall and towers over the city.  He was a gift from Arabic Palestinians who sought refuge here after WWII- 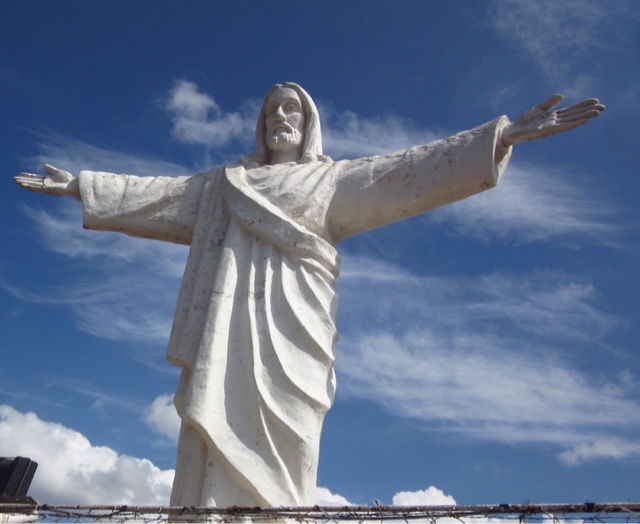 Next to Cristo Blanco is Sacsaywaman.  It's pronounced Sexy Woman and means Satisfied Falcon in Quechua, the language of the Incas.  Only 20% remains because after the conquest, the Spaniards moved/stole a lot of the rocks to build their own homes.  In 1536 there was a huge battle between rebellious Manco Inca and the conquistadors.  Manco almost won until Juan Pizarro arrived with 50 cavalry and slaughtered thousands of Incas.
The trapezoid style door is Incan architecture- 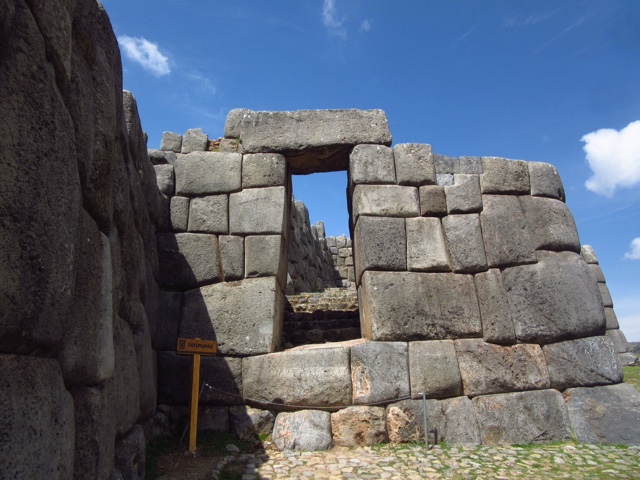 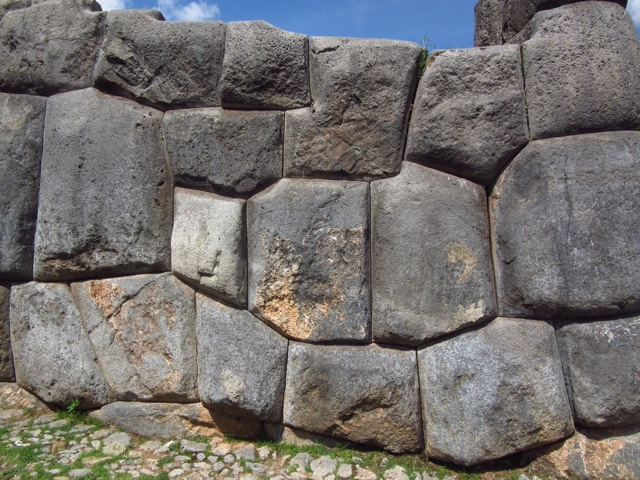 The circle in the center was a Temple of the Sun.  It had two towers but they were dismantled during Spanish rule.  It had an open central court with a fountain.  The walls were aligned with the sunrise and sunset- 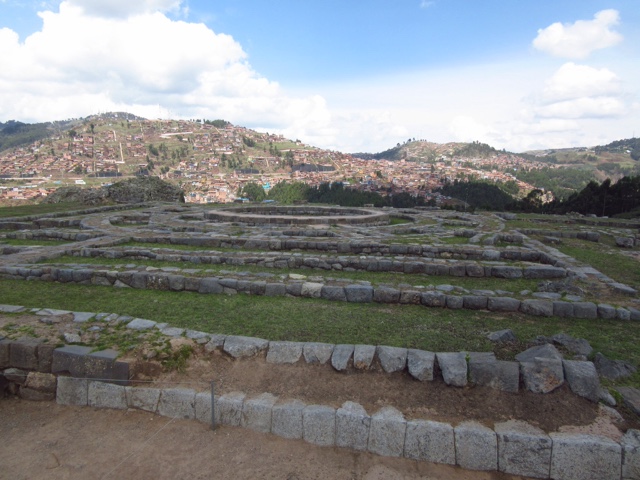 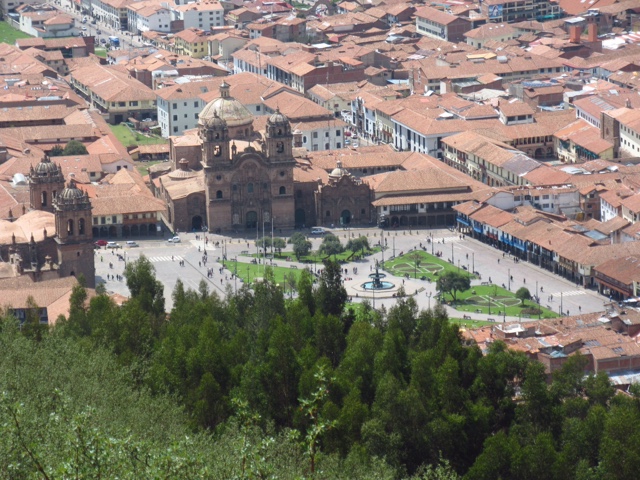 The walls are in a zigzag pattern.  The ninth Inca, Pachacutec, saw Cuzco shaped like a puma with Sacsaywaman being the head.  There are 22 zigzag walls representing the puma's teeth- 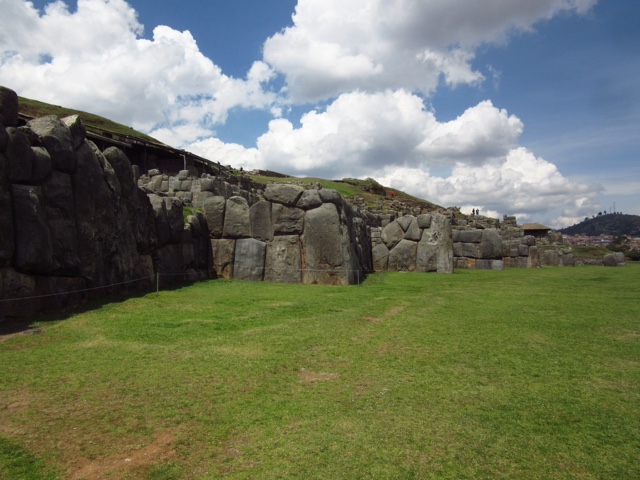 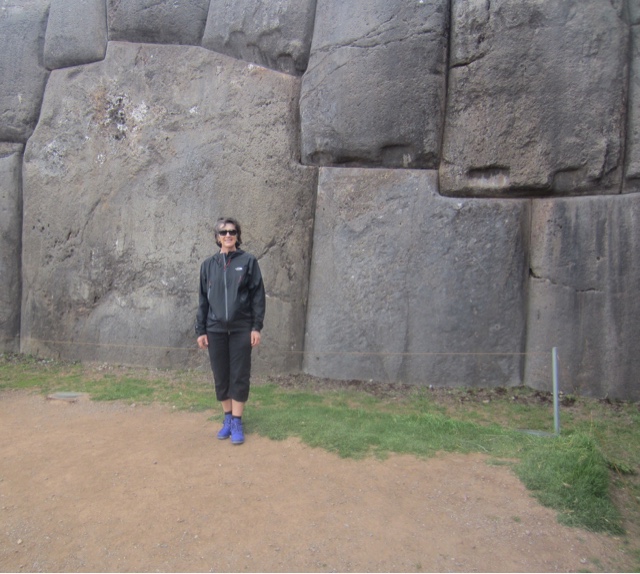 Across from the zigzag teeth is Rodadero.  3 towers that probably held water and enough housing for 5000 were on this hill- 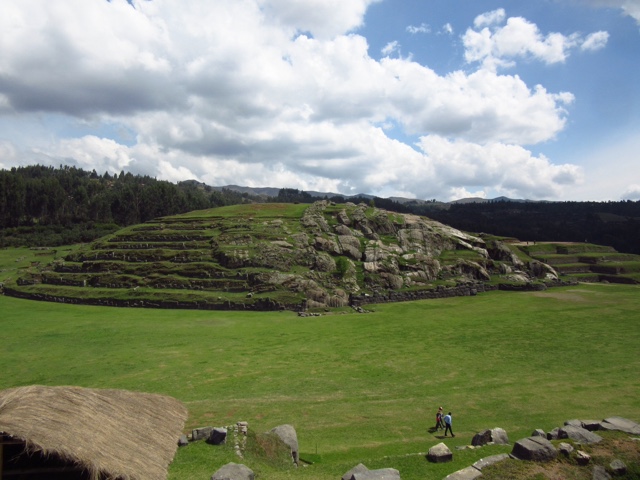 Walking to the next pile of rocks, I passed workers digging a waterline/sewer - all by hand- 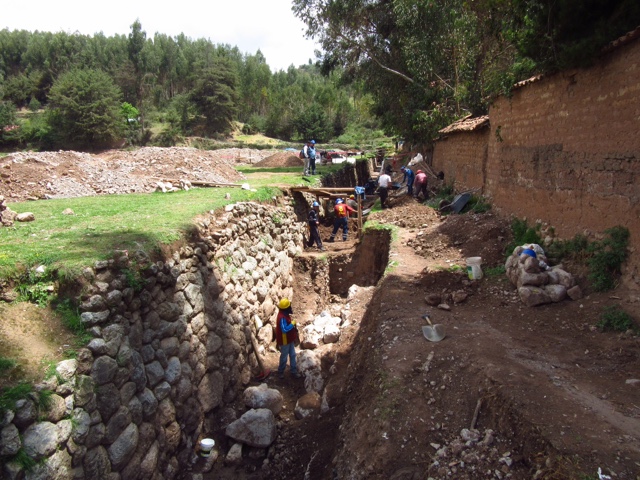 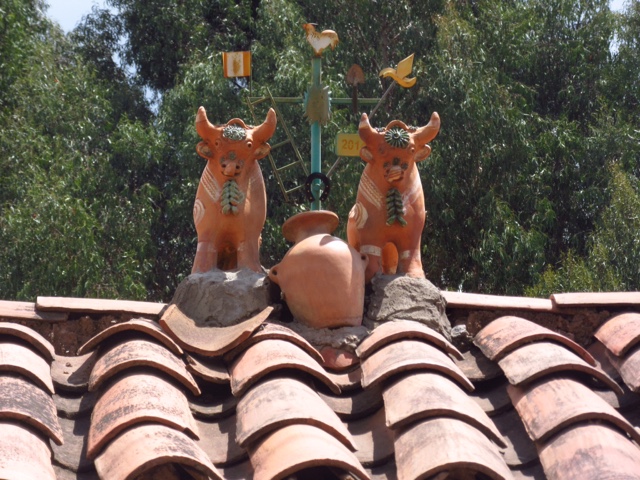 My next stop was Tambomachay which is known for its springs and fountains.  The Incas had a water cult which is not surprising if they ever visited the desert of western Peru- 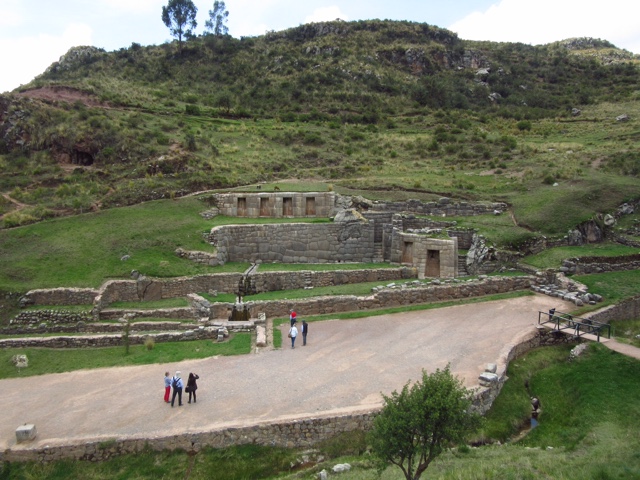 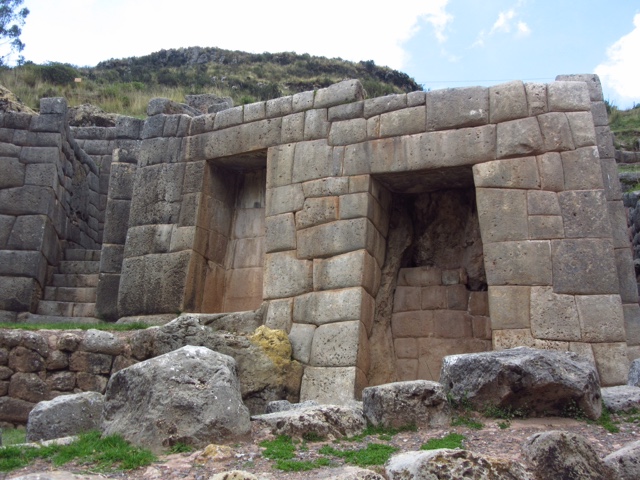 Across from the 'fountains'- 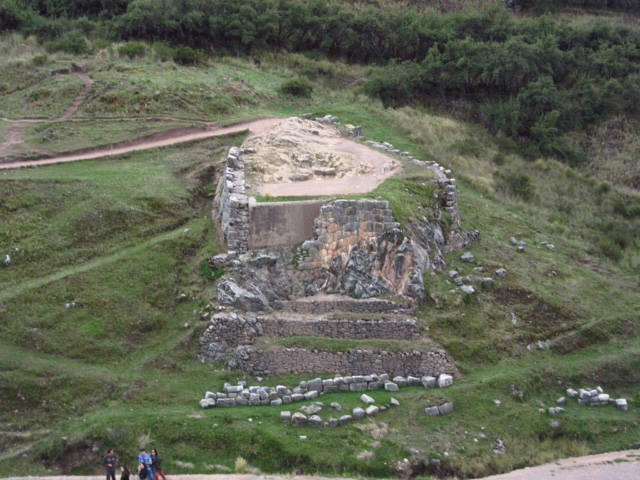 Just down the road is Puka Pukara.  The rock looks pink/red and Puka Pukara means 'red fort'.  It was probably a hunting lodge, a guard post or a hotel- 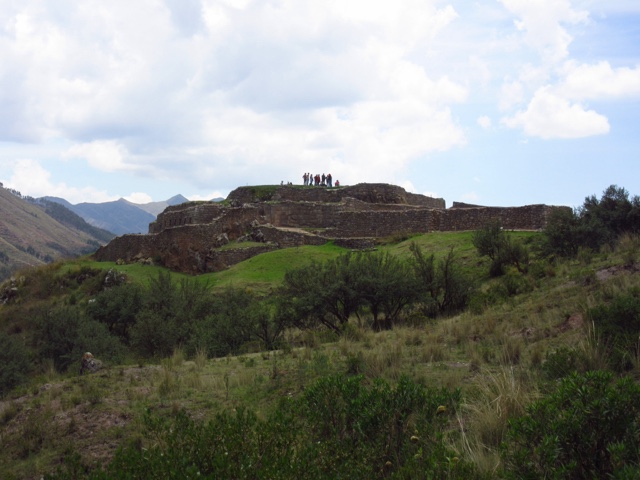 There were numerous rooms- 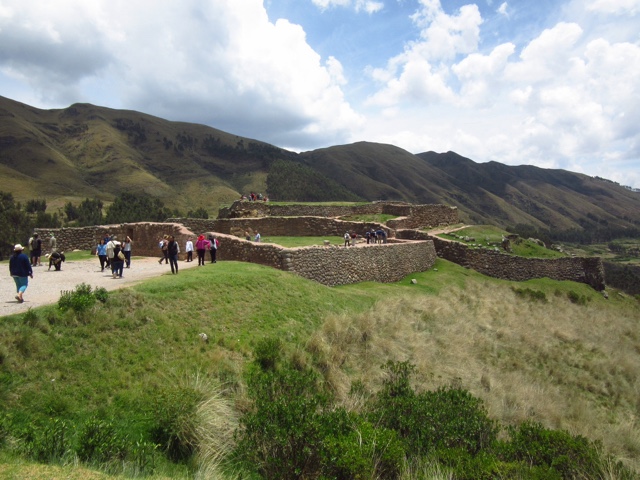 and a great view of the valley- 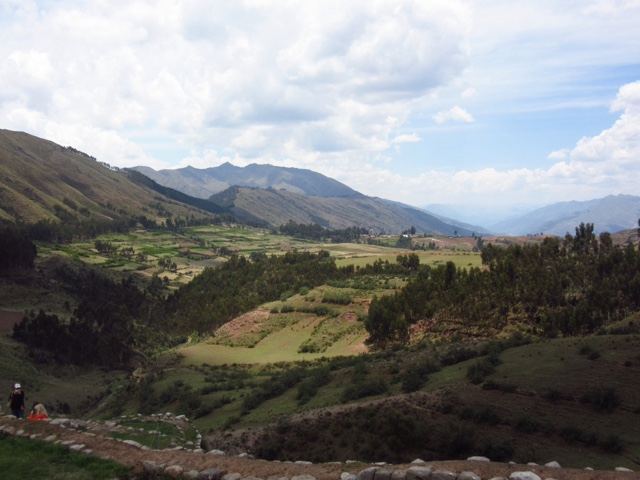 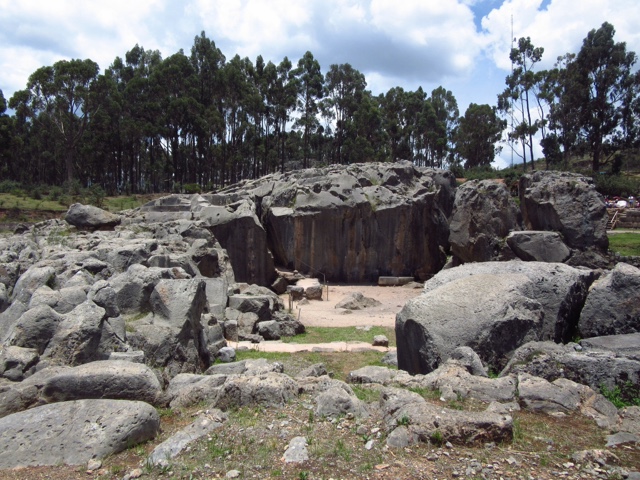 with a cave that contains sacrificial tables.  When animals were sacrificed, their heart was cut out while it was still beating and they were bled until no blood remained.  This signified the flow of water and was an offering to the gods.  I remembered this from 2014- 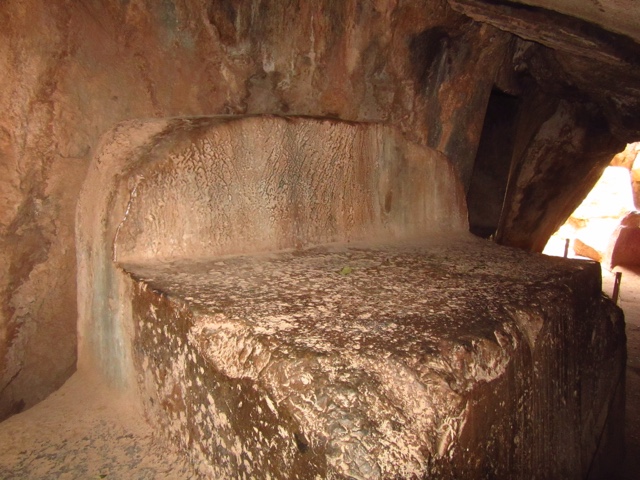 There are great views of Cuzco from Q'enqo- 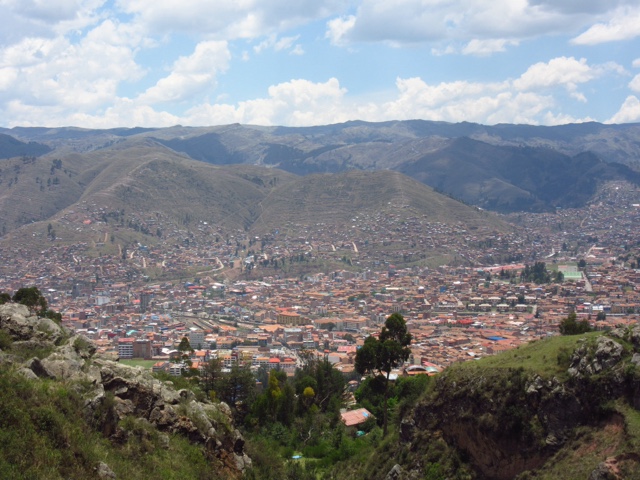 Lunch was a very tasty empanada filled with tender meat and vegetables.  The crust was sort of sweet too- 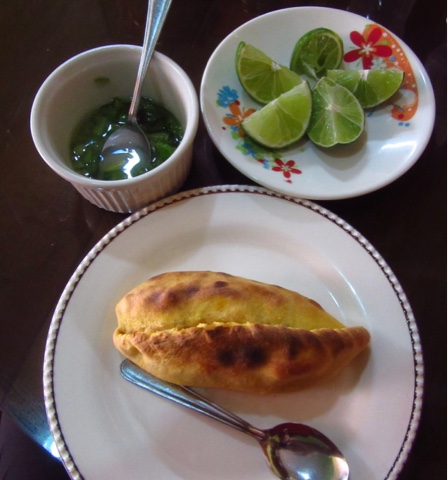 I've booked a trip for Wednesday.  I'm going to Pisac, Ollantaytambo, Moray and Salinas.  I went to all of these places in 2014 and I remember really enjoying them so decided to go back.
Seeing as I'm not going to Machu Picchu this time- 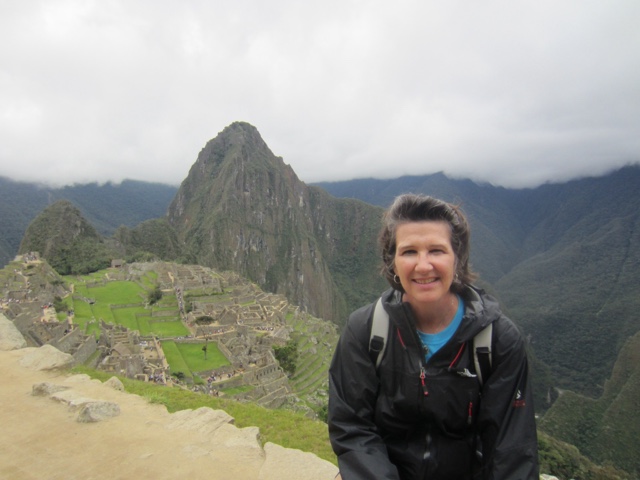 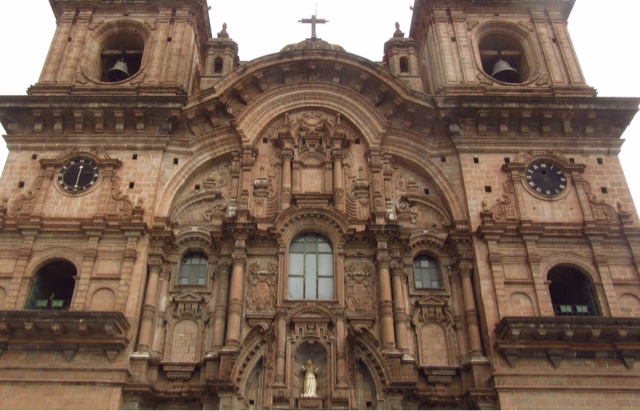 I bought an alpaca teddy bear for my new grandson.  I say that the new baby is a boy because I used a pendulum on Jane's stomach.  We'll see- 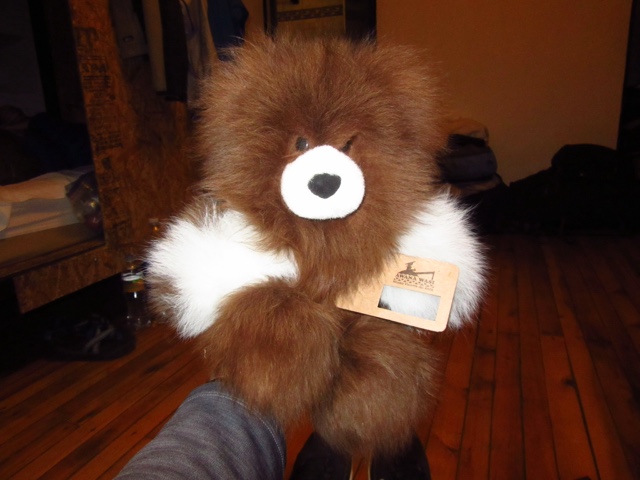 My ring was ready too.  I'm not sure I like it because I think it's too wide and so it pushes on my finger and makes it bulge.  I'm getting used to it and may end up wearing it on my thumb.
Supper was a sweet crepe with chicken, spinach and cheese.  It didn't work- 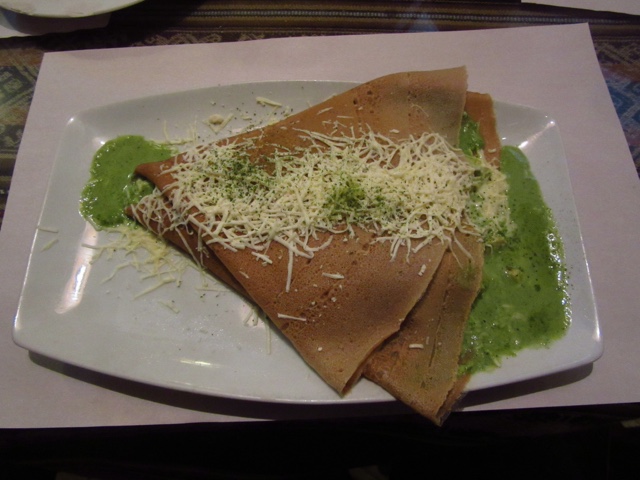 I'm going to  Rainbow Mountain tomorrow but I'm not sure if I'm looking forward to it or not.  I was just visiting with a couple from Kitchener and they did the 2 day hike up to it last week.  They said it's the hardest thing they've ever done.  Luckily I'm riding a horse but they said the mountain was mostly covered in snow and they had to wear full winter gear!  Hopefully the sun has been out and all the colors will be visible!
at November 20, 2017