After reading the paper, I went to Carmelita’s Cafe, the number 2 of 234 restaurants in Zihuatanejo, for breakfast.  I had Huevos Motuleños which is fried eggs on a tortilla, topped with frijoles, chorizo, tomato sauce, cheese, ham, avocado and platanos.  It was excellent.  I also had agua con pepino and limon which is something I’m going to try making at home.  It was really refreshing and not too sweet-

My plan was to go to the pool afterwards but it’s closed on the weekends!  How weird is that!  Now I wish I’d have gone yesterday. 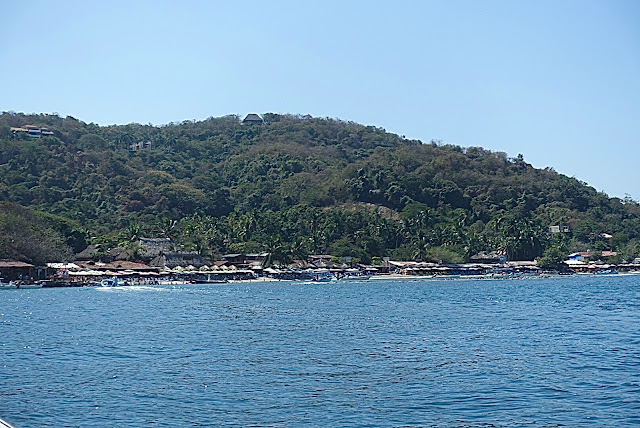 We passed by a monster, the first one I’ve seen all week- 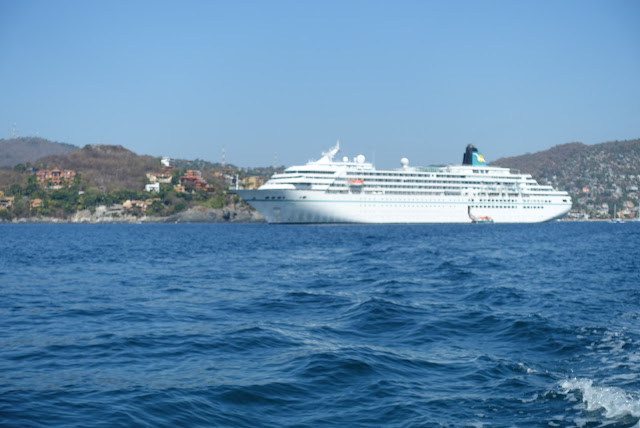 Looking back to Zihuatanejo- 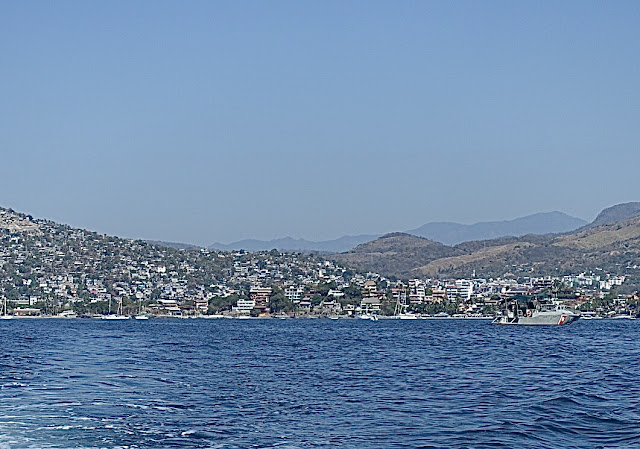 The beach is popular apparently because it’s a reef so there’s a lot of snorkeling, poor snorkeling but still.  The bottom is all coral so it’s very hard to walk on with bare feet but most of the people were Mexican and well prepared, wearing water shoes- 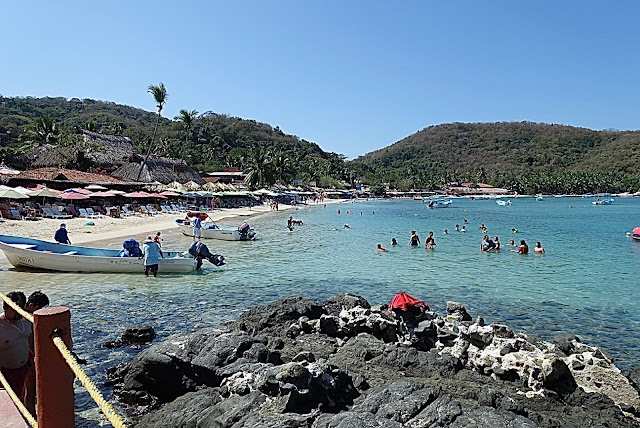 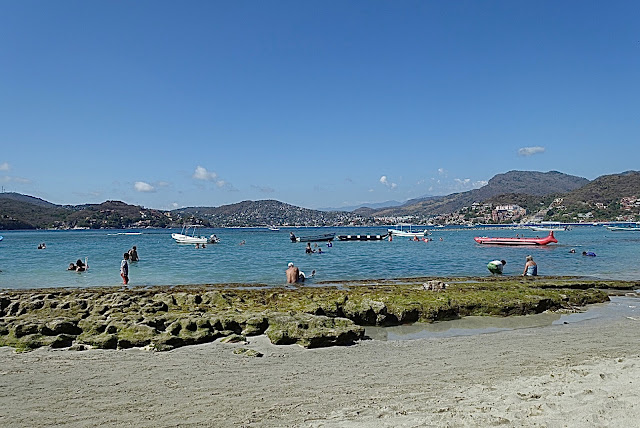 The beach wasn’t very busy when I arrived- 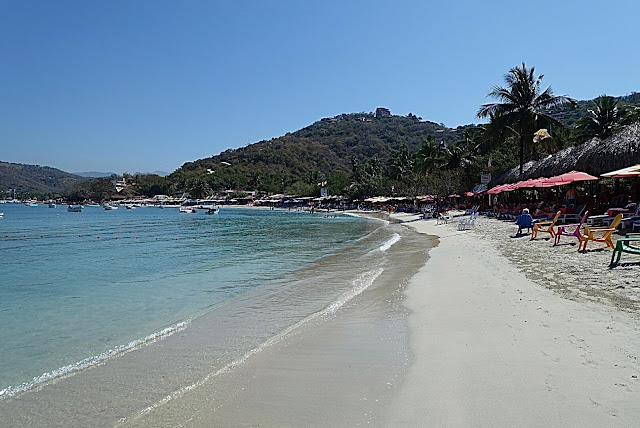 so I went for a small walk up the hill to el faro, the lighthouse.  The path was well looked after- 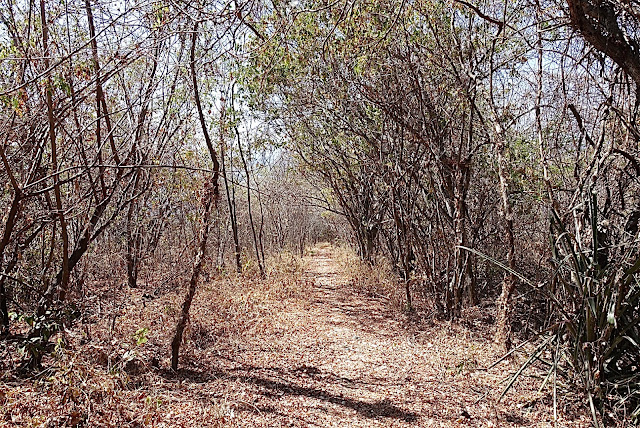 but the lighthouse was not.  It had been living quarters but is now vacant except for wild animals and there’s a lot of garbage lying around.  The view is still nice- 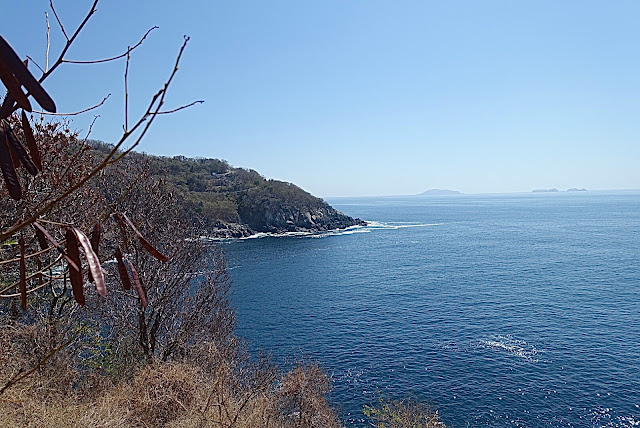 The bay looking back to Zihuatanejo- 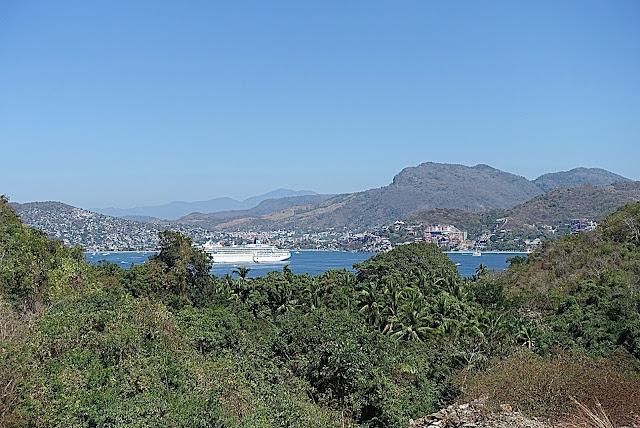 Once back at the beach, I found a lounge chair beside two girls from South Dakota.  We visited a bit and then they left for Playa Ropa.  I honestly don’t know why anyone would choose this beach over Ropa but people just kept coming- 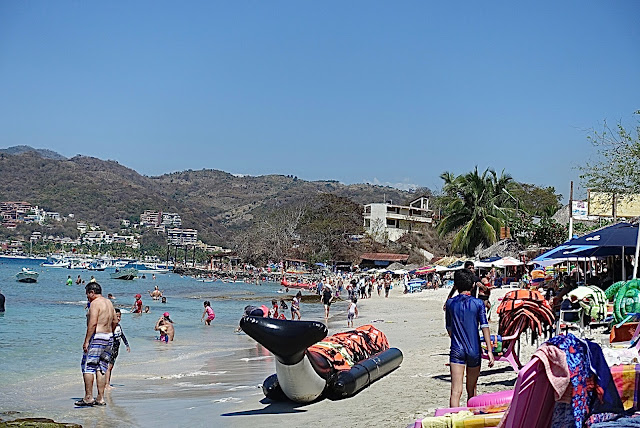 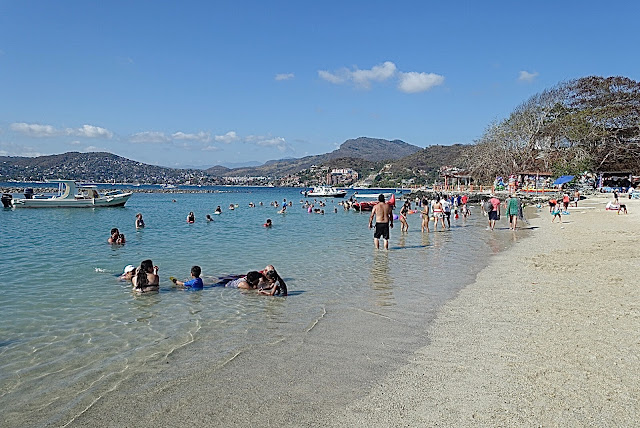 Eventually I caught a boat back to the town, had an average burger and went home.  Patty Dupuis, an old friend from North Battleford has a place in Ixtapa and she texted that she was going to a restaurant nearby so I met her there.  We had a great visit and plan to get together next Saturday in Ixtapa at Experience the Doors Again with The Crystal Ship Band from Mexico City.  It’s a fund raiser for kids and street animals.  And speaking of street animals, I’ve seen posters asking Canadians to consider taking a stray animal home to Canada!  As if we don’t have enough of our own!  I’m sure some quacks do it though.

Tomorrow I can’t go swimming so later on I’ll head to Petatlán, a town 36 km away, to check out it’s magical church!
at February 22, 2020