I woke up with a headache, proving there was tequila in that monster margarita!  Thursday is market day in La Peñita and The Stump is a meeting point for North Battleford people.  From my place, it’s a 3.8 km walk which I was prepared to do until I started.  I flagged the first combi I saw going by and it took me almost all the way there.  Thank God.  I wandered the market which has the usual booths selling anything you can imagine from tacos, desserts as in huge fancy cakes, bakeries, clothing - new and used, vegetables and fruit, trinkets, t-shirts, carpets, blankets, kid’s toys, tools and even washing machines.  I wasn’t in the mood for even browsing and finally ran into someone I know - Doris and Wayne Fennig.  They weren’t ready for The Stump so I ended up walking on the deserted beach for awhile- 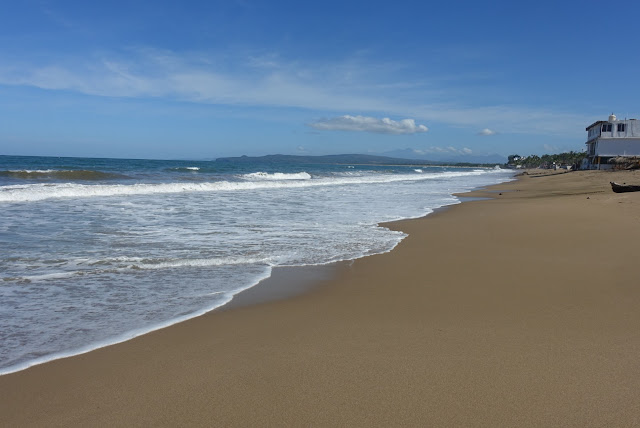 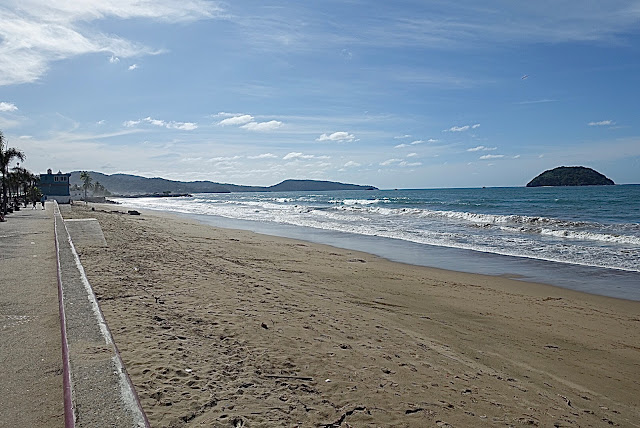 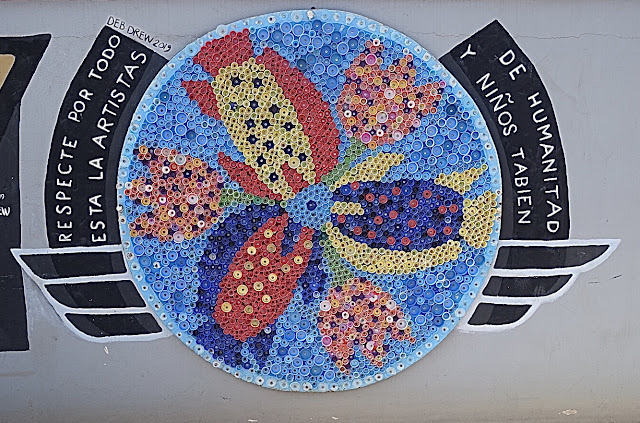 made of upside down bottle caps- 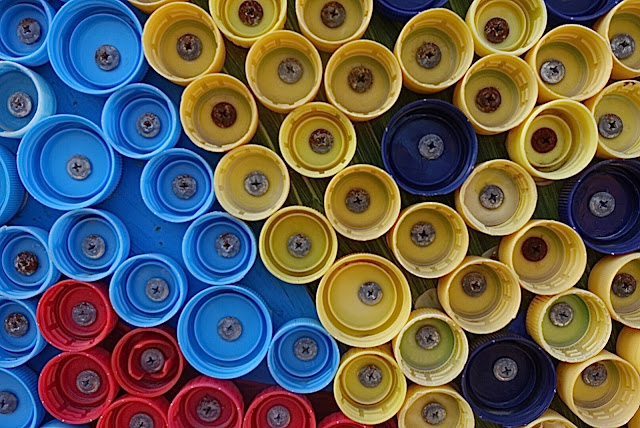 Pelicans sit on a roof, waiting for the shrimp sellers to feed them- 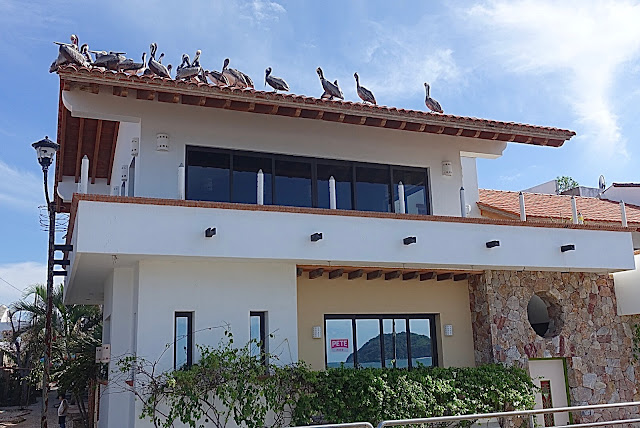 Still, no one was at The Stump so I went to Hinde y Jaime’s to wait and besides, I was hungry.  They make the best fish tacos for $1 each and an awesome margarita.  I visited at the bar with “Bill” from Windsor who was an air traffic controller for many years and comes to La Peñita for a few months every winter.  He’s scored a great deal on a 2 bedroom, 2 bath condo for next year.  It was remodelled 6 years ago and then the owner died so it’s never been lived in.  Bill will pay $248/month but he has to rent it year round.  Bummer, I say!

Eventually North Battlefordites started trickling it - Jim and Shelley, then Jackie and Bernie Etchevery, Janice Christiansen, Judy Bishop, Sharon and Bentley and a couple from Eston.  I visited until mid afternoon- 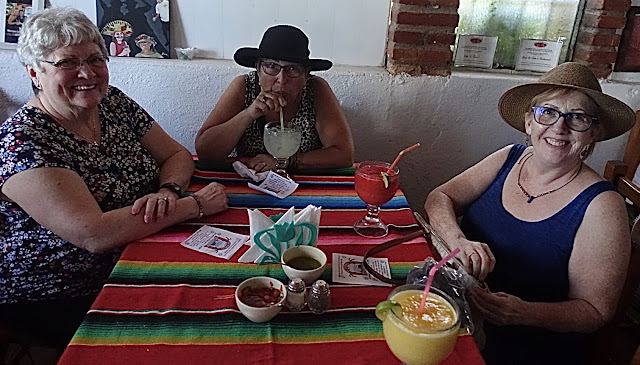 I walked home, or started to- 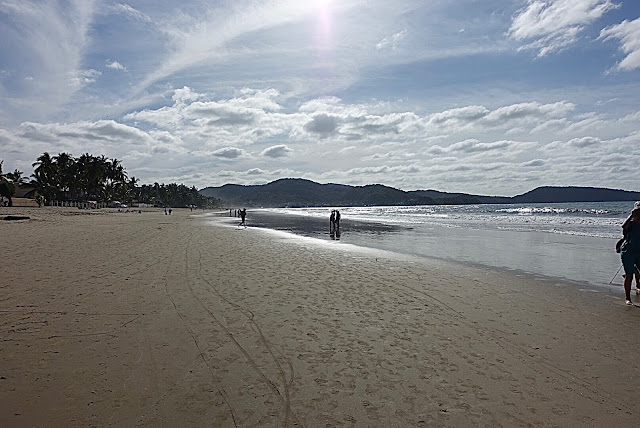 I stopped at Marina Azul and visited with Winger and Joanne, Etchevery's and Pam and Garth Harrison.  For supper, Wings and I walked downtown to Anahi’s where I had a Papifa - a chopped up baked potato smothered in chicken, chorizo, peppers, tomatoes and cheese.  Oh ya, and a piña colada.

Tomorrow check out is at 12:30 so by then I’ll be on the bus on my way back to PV.  I’ve enjoyed Guayabitos and it’s been very different hanging out with people I know.  I’ve liked it but can’t help but think they must be sick of me by now!