What a lazy day!  I read most of a book - The Silent Sister by Diane Chamberlain.  I didn’t go to the pool, I didn’t leave my place except to walk to the bakery for a fresh warm bun for breakfast and then to the market to buy red snapper (it was so delicious!), a potato, a head of cauliflower and avocados for guacamole for lupper.  By the time I’d bought everything, I could have practically eaten out for the same money.  I guess that’s why there are so many restaurants - that’s what the tourists do of course but also many locals.

Unfortunately at 10 to 4 I had no choice but to go to the Cultural Centre where I had 10 students show up for my English class.  I noticed some improvement from yesterday which is encouraging.  Violeta is the mother of Alexis and Isiah.  She won’t leave them alone - she’s constantly whispering  to them and telling them what to say.  Finally I had to separate them from her!  Isiah looks handicapped - his eyes are really close together but once he was allowed to answer on his own, he’s pretty bright!  Believe it or not, the two hours passed quickly but during the last 15 minutes there was a loud band playing.  I thought it was in the courtyard of the centre but when I left my classroom, I could see a parade was in progress, celebrating Carnaval.  There were girls ribbon dancing- 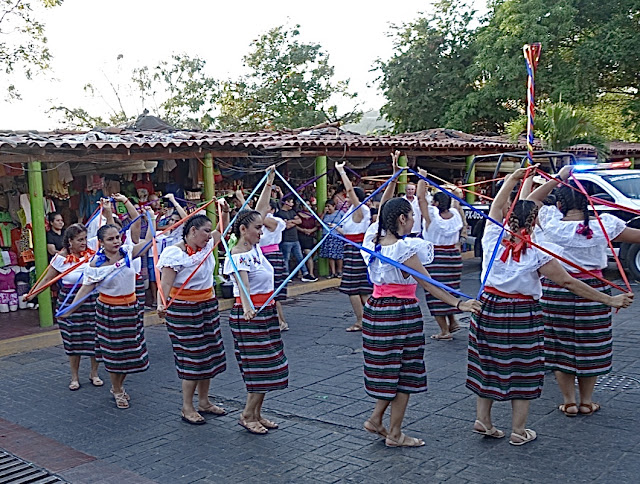 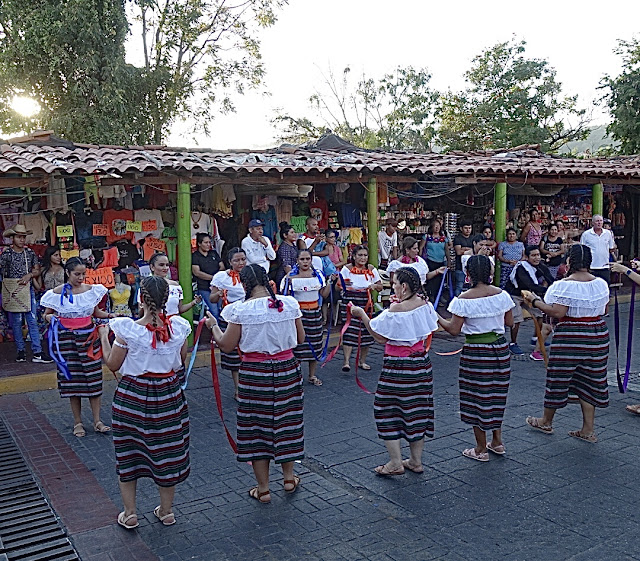 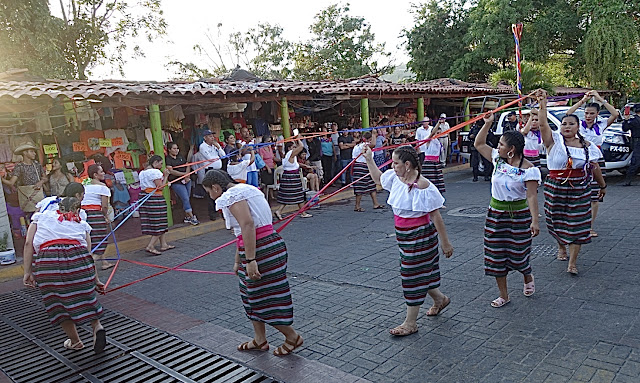 Weird masks and costumes made of gunny sack material- 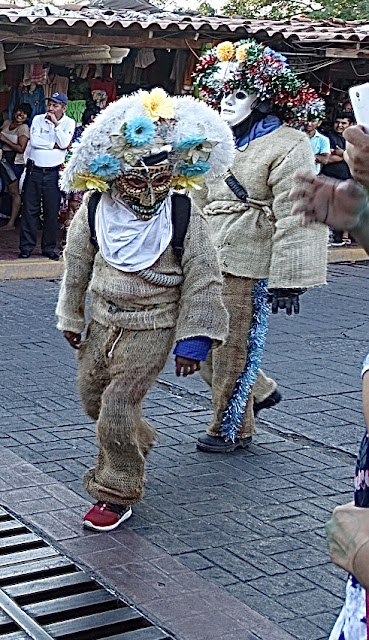 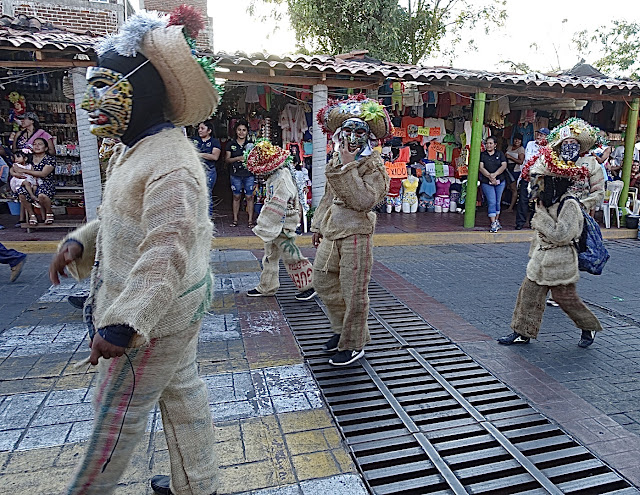 A man with a whip chasing a dog- 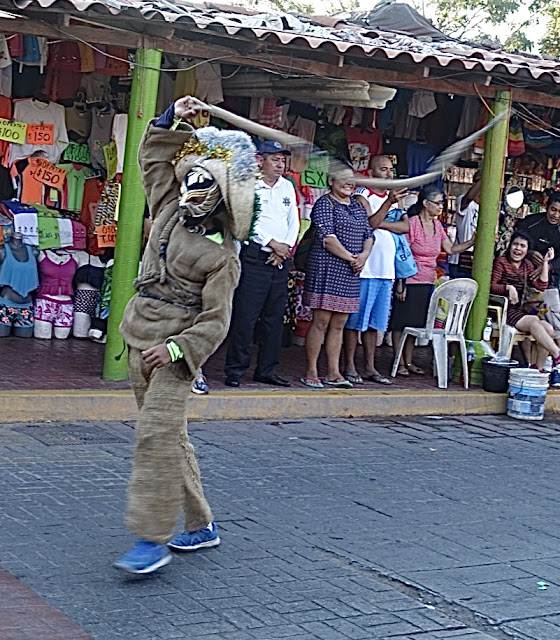 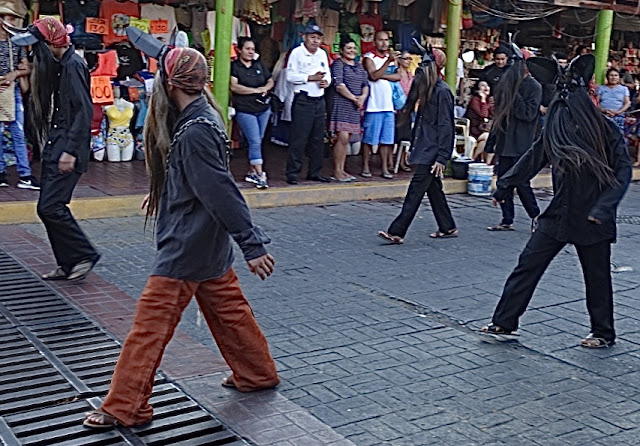 and girls in traditional dress- 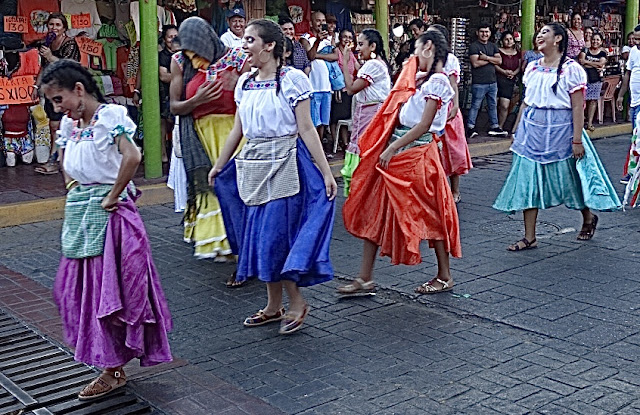 The police were also present- 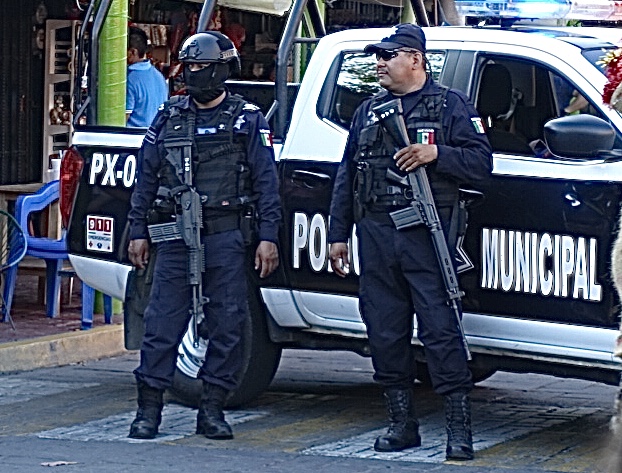 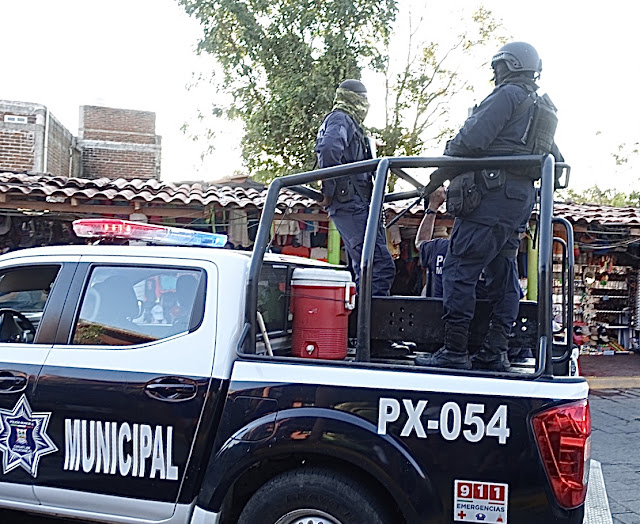 In the evening, I wandered down near the water front and came across a bar showing the curling.  I never imagined it would be on but I’ve sort of lost interest since Saskatchewan is out.  Downtown was just hopping - people eat supper so late - 9 pm!