I had a great day!  It feels so good to be back here.  My first stop was at my favourite fish taco stand but then I couldn’t find the juice stand I used to go to after the gym but found another that served half litre drinks in plastic bags.  It was orange juice, celery, ginger, spinach and cilantro - so good- 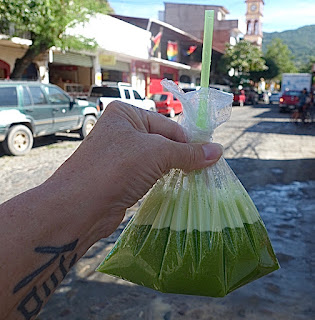 The Malecon was busy as usual and the water looked great- 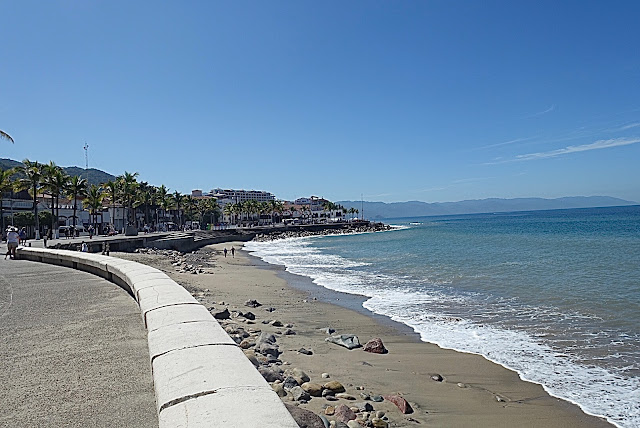 I found a sister store to the one in Sayulita where I bought my estambre.  They had some gorgeous pieces but not one as nice as mine.  They also had some retablos, like the one I bought in Cusco- 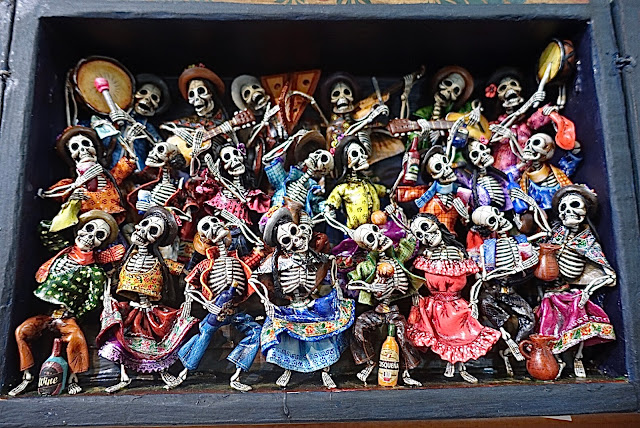 Somehow an old rusted gate ended up near the shore- 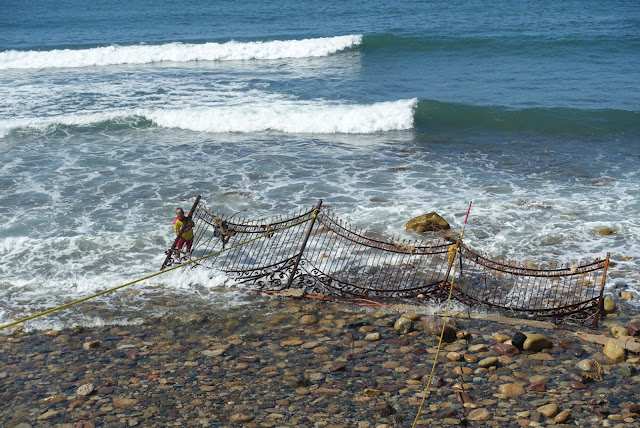 It took quite awhile to get it out and hauled away.  It’s hard to figure how it got there.  Of course some are blaming Molino Azul, where Viviane lives.  I went to her place at 1:30.  The views are still awesome- 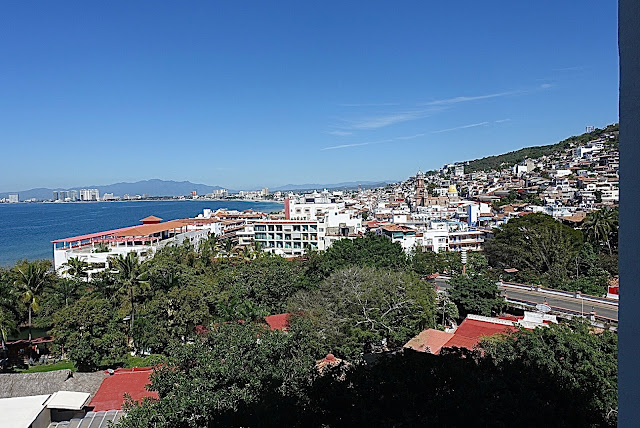 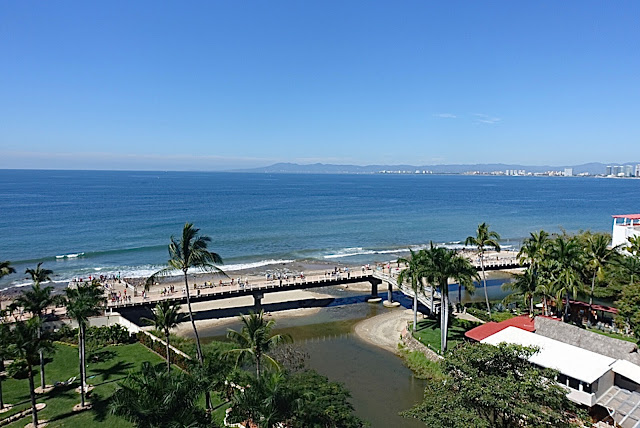 We went to a local hole in the wall and had pozole, which is a soup made from hominy, with pork, chicken, shredded cabbage, chiles, onions, garlic, radishes and tripe- 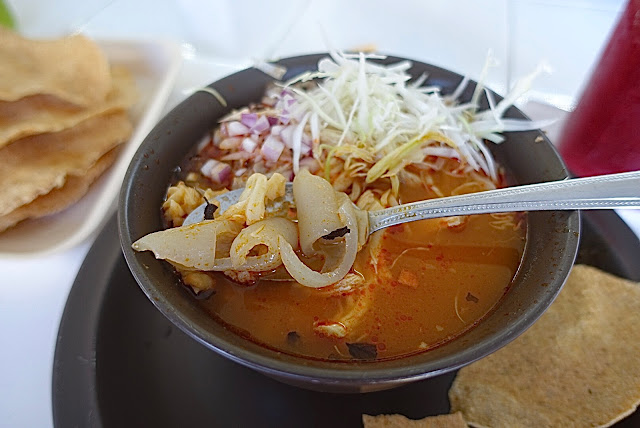 It also had a bony, fatty pig’s knuckle- 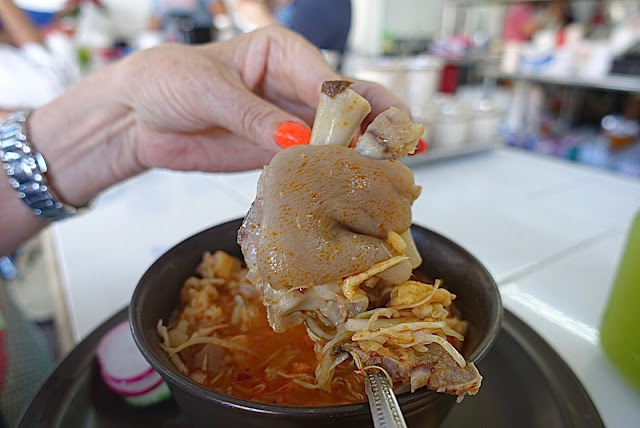 After, we went to a bar where Lee was playing chess.  Iguanas come up from the nearby river, looking for something to eat-

We went walking along the Malecon and were lucky to see a couple whales breach a few times. Viviane wanted to see my place so we checked it out, then ended up in a nearby bar for a couple hours for shitty Coronitas and tequila shots- 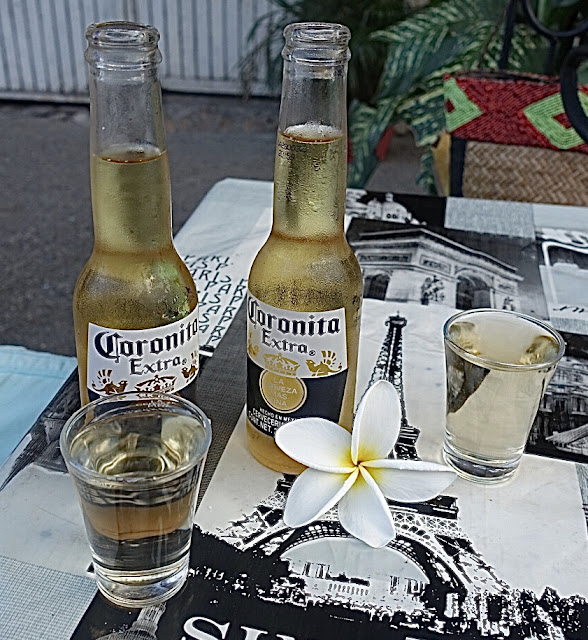 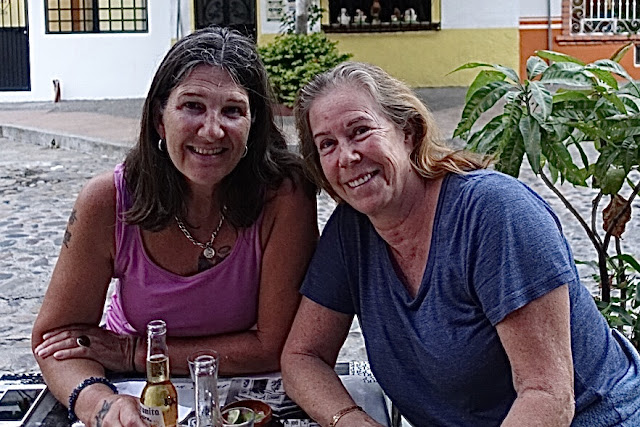 I think these two had been here too long- 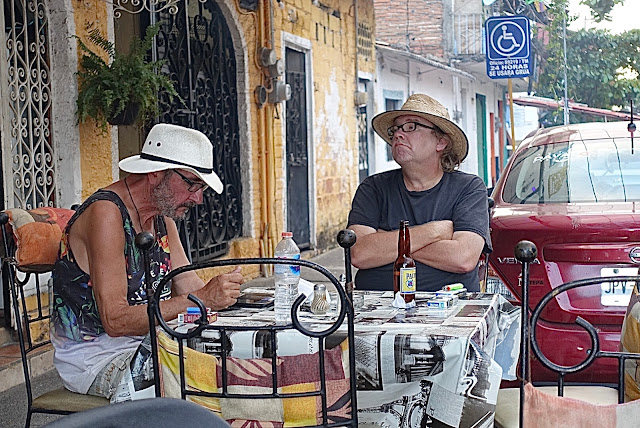 They almost seemed unresponsive!  After a couple hours, it was time to say goodbye.  We had such a great visit and Viviane is thinking of joining me in Zihuatanejo!  I’ve loved being back here, even for such a short time but I am looking forward to Manzanillo tomorrow.  My bus leaves at 8 am so I’ve got an early start.