I spent quite a few hours at the pool yesterday although I wasn’t there alone.  Four young guys were drinking beer - I kind of think they snuck in and it looked like the guard eventually asked them to leave.  I swam my lengths and Wally came to say goodbye.  Another man showed up and we had a good visit.  He worked as a fashion designer for Levi Strauss in Mexico City for 25 years.  He’s now retired and living in Real Del Country, the condo complex where I stayed.  He was very spiritual - is a Buddhist and can see auras. We had a very interesting conversation.  Eventually I caught the bus to the depot - after awhile I asked the driver to make sure it went to the depot because we were off the path according to my map but we finally got there.  When I went to get off, a cord on my backpack was lodged underneath the seat and I couldn’t get it out.  Another passenger tried and eventually the bus driver had to help.  Usually you get to the door before the bus stops so you can get off quickly but I delayed the trip by a few minutes!

Unfortunately, the website is wrong and the bus didn’t leave at 6:30 but at 7 which meant I had even more time to kill.  I thought I should eat because I had no idea if the bus would stop for supper.  Outside there was a taco stand and I had the worst shrimp taco ever - so dry and over cooked and then  I had a hamburger in the depot that didn’t appear to be made of meat at all.  At 8:30, we did stop at a great restaurant but I wasn’t hungry.  Another surprise was that the length of the trip went from 5 hours and 15 minutes to 8 hours!  Yuck.  And, just like my last long trip, the bus sucked.  There was no wifi, my tv wouldn’t work and I couldn’t charge anything.  To make matters worse, I had chosen seat 5 which is near the front where it’s usually cooler and you don’t get any toilet smell but apparently with this bus line, your seat number means nothing - you take what you can get so I ended up at the smelly back.  There were four young kids - a girl and three boys, that were travelling alone to Acapulco.  The girl was the oldest and maybe 12.  The youngest boy ended up sitting with me which was great because he was little.  Throughout the night he slept all bent over, leaning on me.  I too slept quite a bit but it was cramped and uncomfortable.  We arrived on time at 3 am.  I messaged my hosts and they met me at the apartment.  It’s going to be okay - it’s right in the centre of town and I like that but it is windowless which is typical because the buildings are all built sharing side walls.  The bed is very comfortable- 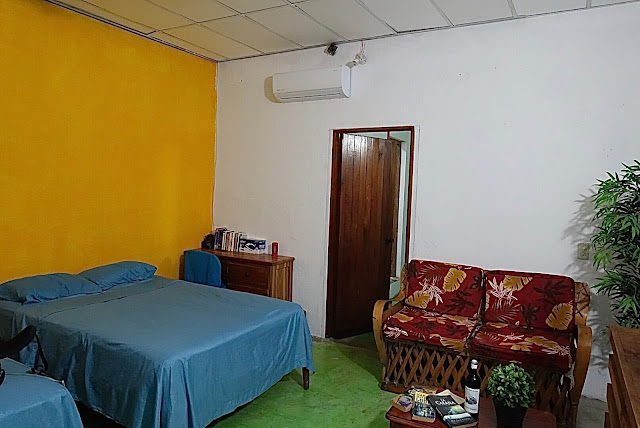 I have a great air conditioner which is awesome because this place is hot - 33 today!  I also have a television but it only has Spanish stations- 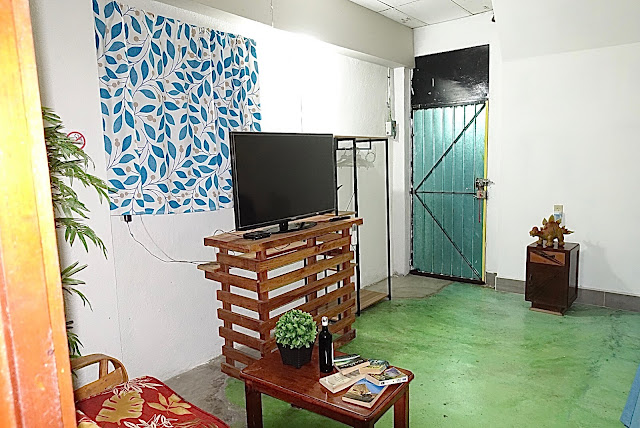 and the kitchen seems well equipped with an induction hot plate- 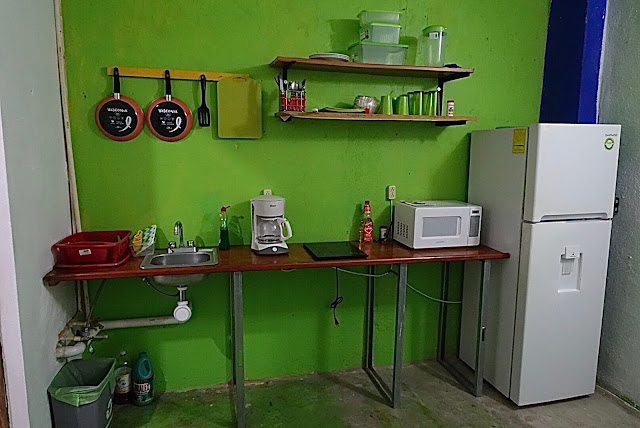 Once I was up and my hosts had brought over a blanket and big jug of water, I wandered around and had excellent fish and shrimp tacos for brunch- 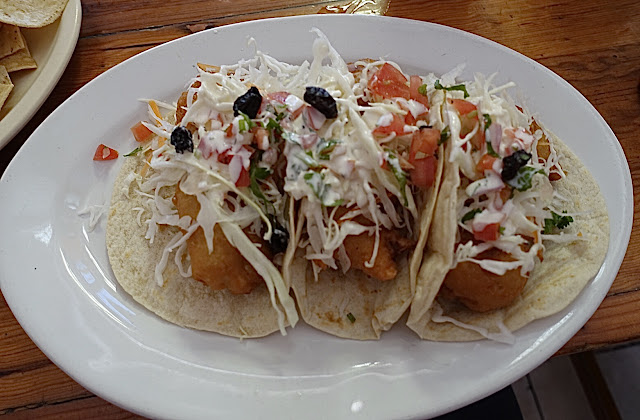 I also had Agua horchata.  It’s made with rice, almonds, cinnamon, evaporated milk, almond milk and sugar and is really good- 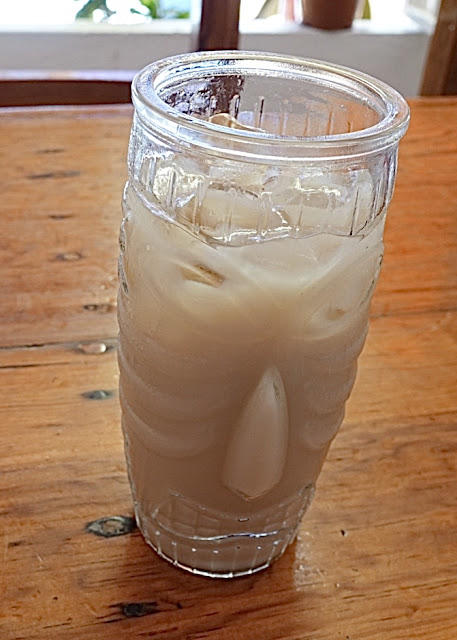 A few blocks away I found the main beach- 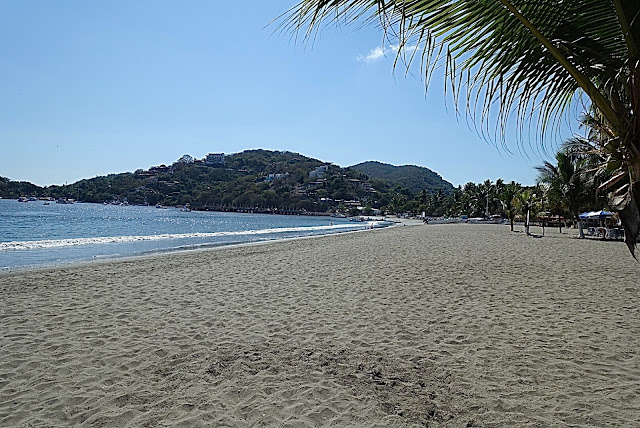 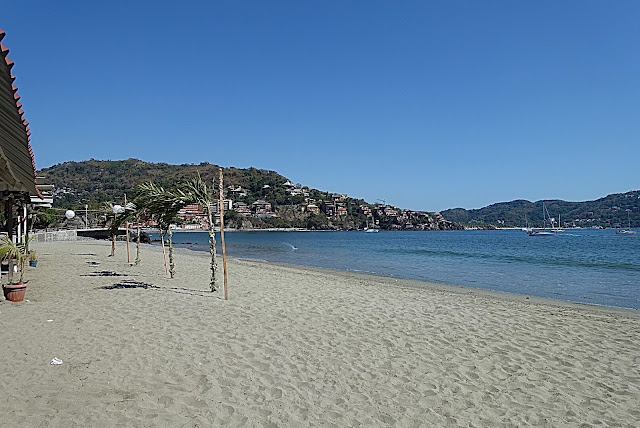 which was basically deserted.  There aren’t a lot of tourists here, at least not where I’ve been.  There are however a lot of statues- 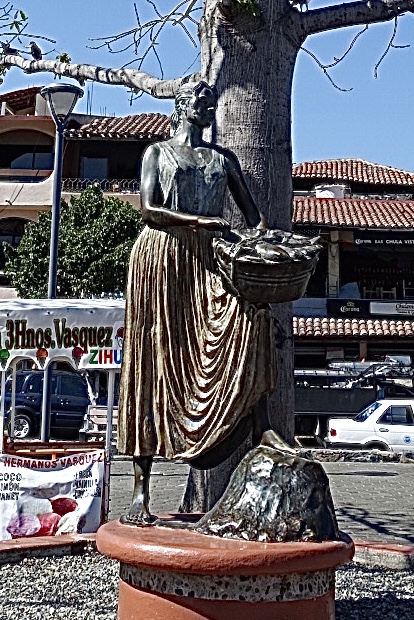 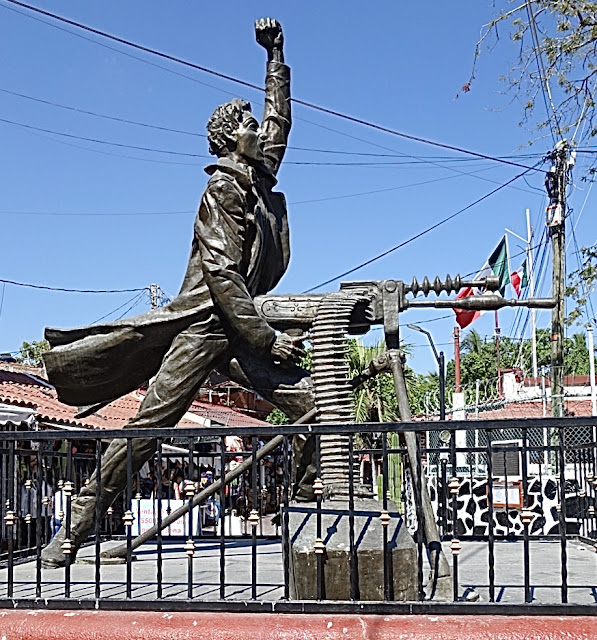 I came home and had a cold shower and read my book.  Later I went out again and found a grocery store and the market- 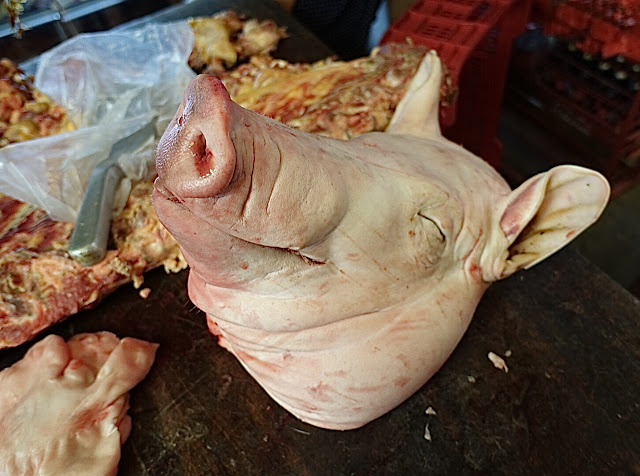 I also found some pastel tres leches which looked too good to eat.  Pastel tres leches is a regular baked white cake that then has a cup of whipping cream, a can of condensed milk and a can of evaporated milk poured over it.  It’s covered in whipped cream and to die for- 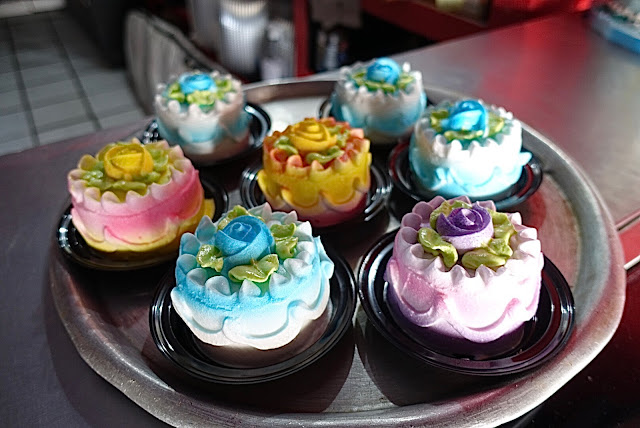 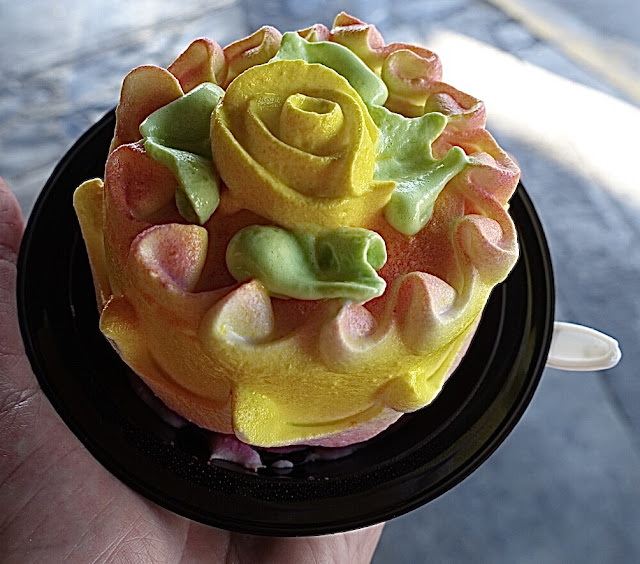 After, I came home to the air conditioning, had another shower and read my book.  I’m going to have to find some way to spend my days because I’m here for three weeks and you can only eat, drink, shower and read so much!  I’m not complaining and maybe it’s because I’m tired after last night so we will see what I think come tomorrow.
at February 17, 2020