Well things seemed a lot better today  I had a great sleep and after reading the paper and a couple pots of coffee, I went walking before it got too hot.  The streets were pretty empty and it was relatively cool.  I walked to the alberca Olímpica and for about $18 I can get a month membership so I’ll start swimming tomorrow.  After, I walked and walked looking for the only CrossFit gym in Zihua.  I final found it high on a hill.  They offer 7 different classes a day but they have no air conditioning and after walking the 2.5 km there, I would be so hot it would be a repeat of PV in early November.  So, I walked home for breakfast.

Before breakfast, I went to the bakery just around the corner and heard “Alli” but paid no attention to it because who would be calling me here?  Then I heard it again and also heard footsteps.  It was Angie my landlady here because city workers were coming to verify that the apartment is where she lives, no longer a tienda and not a rental unit.  They were actually hanging out by my door when I got home from my walk and said “renta’ when I opened the door.  Owners have to pay more for electricity and water if it’s a tienda or a rental so she wanted to make sure they thought she lived here and that I was her visiting tia - aunt.  Not your sister? -she laughed.  She came in and decided I need more toilet paper, more towels and new batteries for the remote so she’s coming back at 8 tonight.  She works at a cyber shop with 6 computers 7 days a week.

After she left and breakfast, I caught a combi to the bus station to buy my ticket for Morelia which isn’t until March 7 but when I checked online, there wern’t many seats left.  The combi driver has lived here all his life and never been on a bus!  He dropped me off and sent me walking only for me to find out I should have stayed in the combi another block and I’d have ended up right at the front door!

I came home via the market where I bought what looks like awesome bacon and half a kilo of shrimp.  The vendor even peeled them for me and had them for lupper.  Very good, as usual. 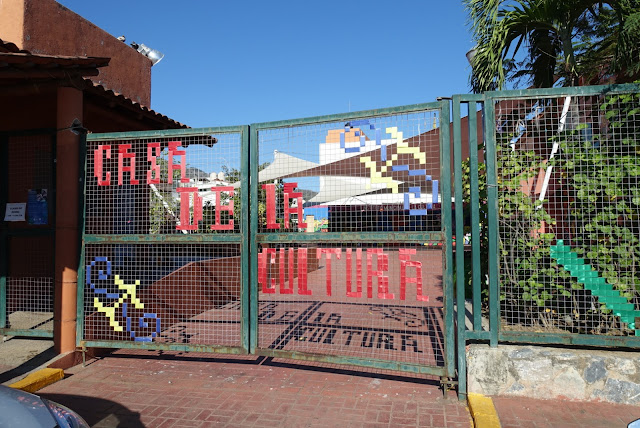 which offers programs after school for kids.  I went back and forth three times until the director was finally there.  He seemed very excited and is sending out a promotion today stating there will be intensive English classes offered for beginners starting this Thursday and running until Friday March 6 from 4-7 pm.  Who knows?  Maybe I’ll have one student, maybe I’ll have none but I thought it would be a way for me to fill my days.  I’ll have a white board, black markers, a table and chairs. Now I have to figure out how I’m going to fit in all that I have planned to see and do in the area in the mornings.

later, I walked down to the beach for a beer and found another statue- 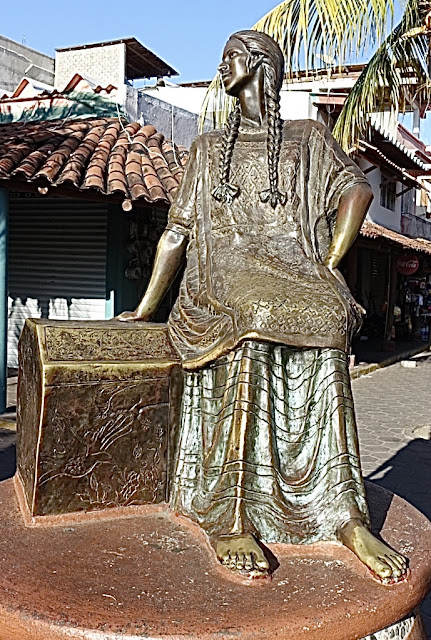 Because of the heat, most of the sidewalks are covered with roofs which make for shady walks- 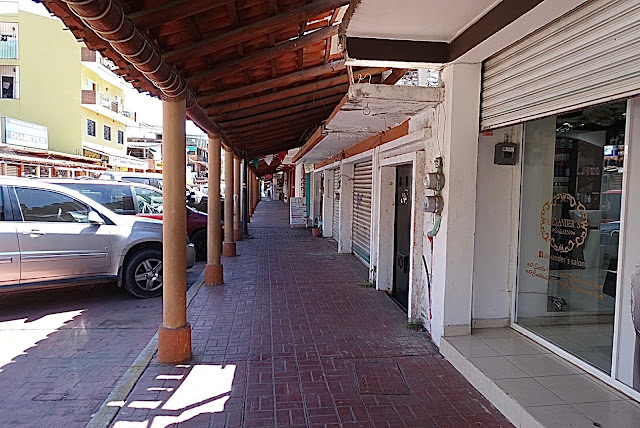 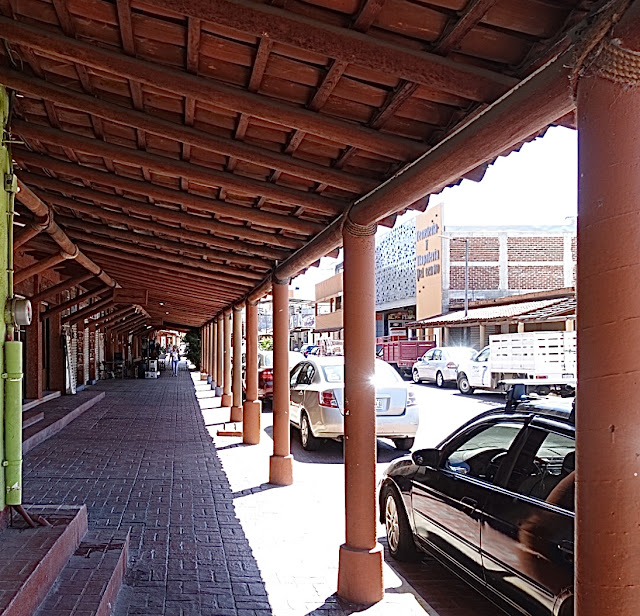