I’ve had three pretty average days.  I’ve been swimming two of the three - 1 mile Thursday and 1 km today.  I’ve wandered around, enjoyed my cool apartment, taught English from 4-6 to 13 to 19 students depending on the day, and after class wandered down to the beach to enjoy a beer while looking at the water and fishing boats- 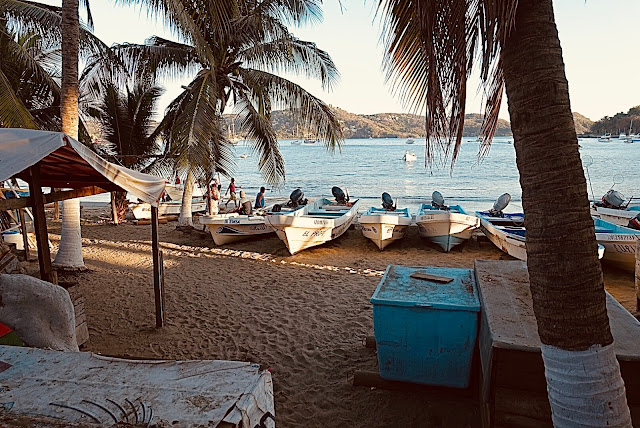 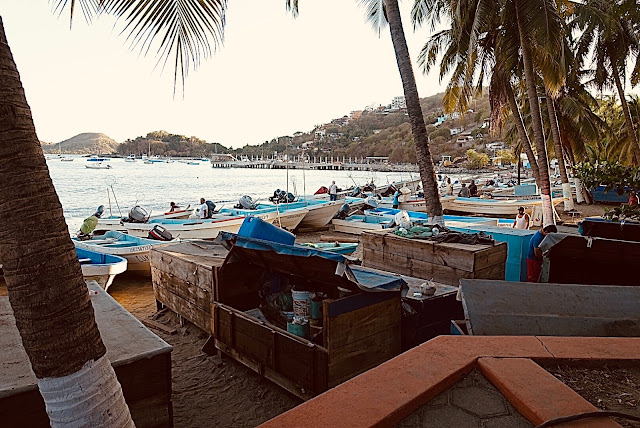 Last night a man was so drunk that while pushing a boat out, he fell and just lay in the waves.  He tried to get up a few times but couldn’t.  Eventually he got to his feet and stumbled away while others just watched him struggle.

The new pier is almost completed- 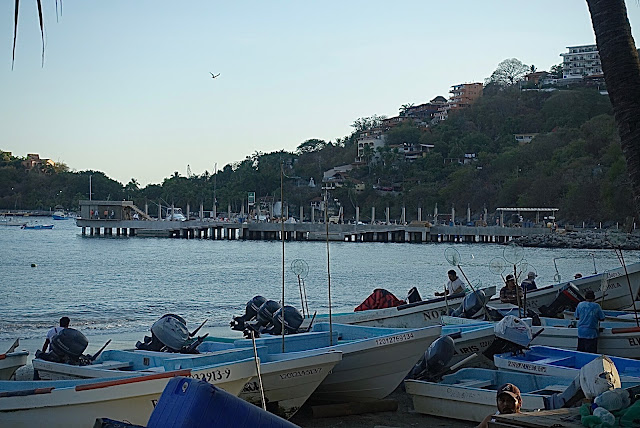 and then I think the monsters will be able to come right in.  I walk home via a couple of quaint streets decorated with banners and lined with restaurants- 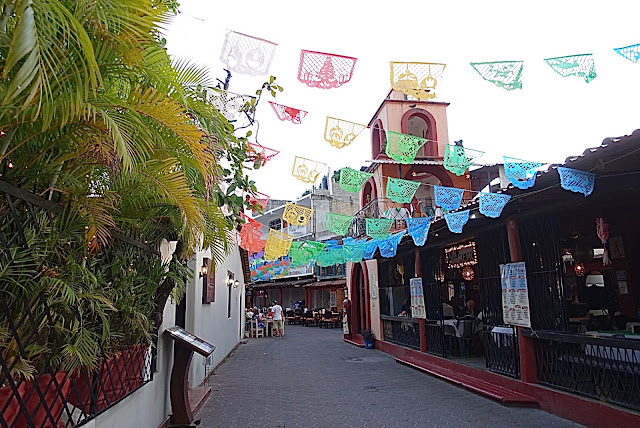 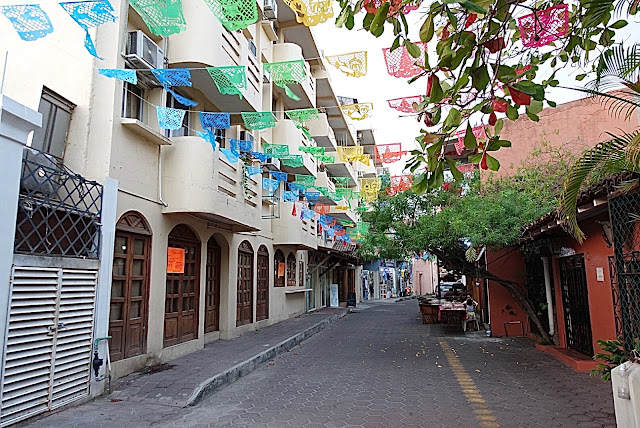 Most of my students have been coming consistently but today, a woman poked her head in the door and asked if she could put a very small child in.  I said sure - she turned out to be 5 with the attention span of a gnat and could not function with us.  She was up and out of her chair, doing the splits on the floor and running up to the board so finally I had her brother take her back to her Mom.  I eventually kicked him out too because he was always talking to his neighbour and not paying attention.  What?  I thought.  I’m volunteering here - I don’t need this shit!  I think most have learned something but maybe I should ask them!

Tonight there was another parade which seemed odd considering it’s now officially Lent.  There were horses- 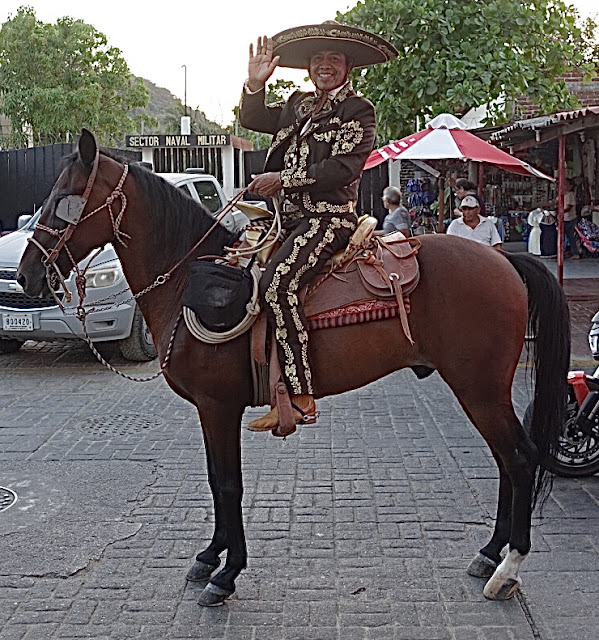 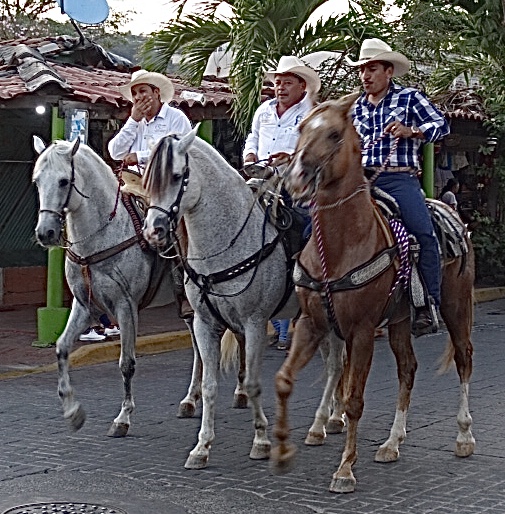 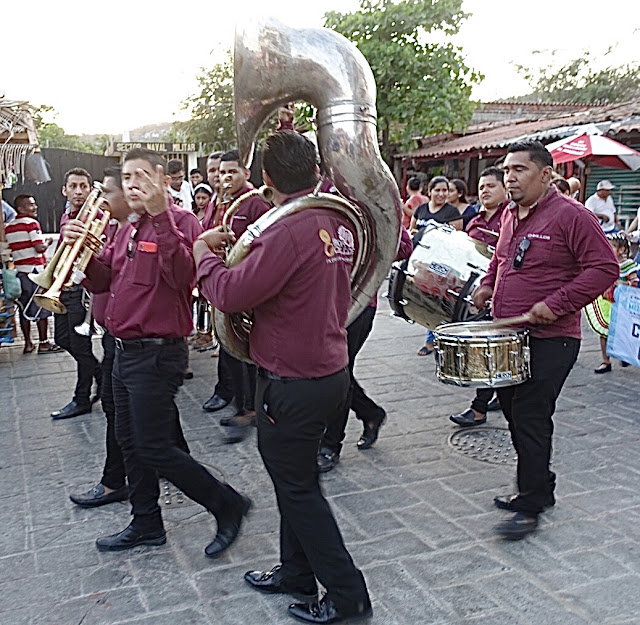 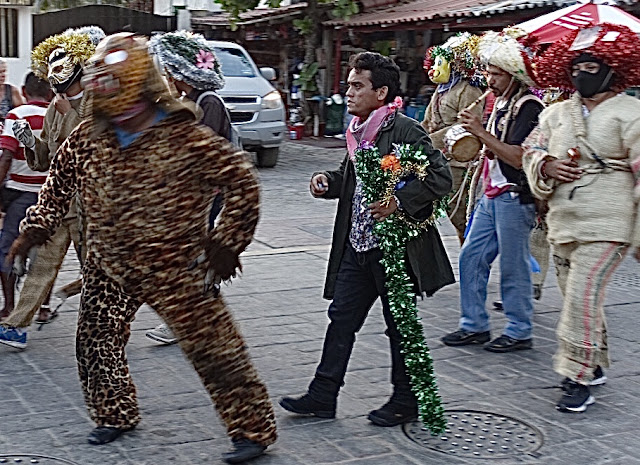 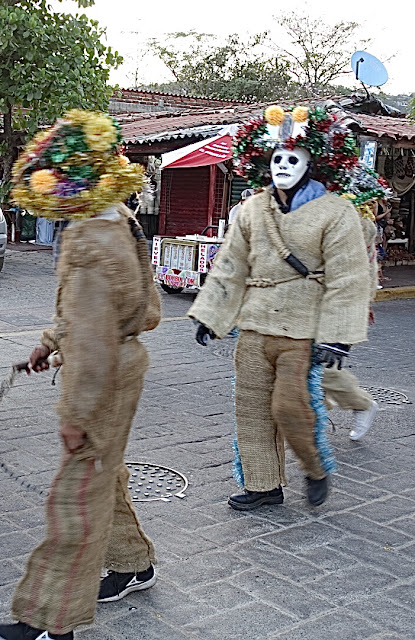 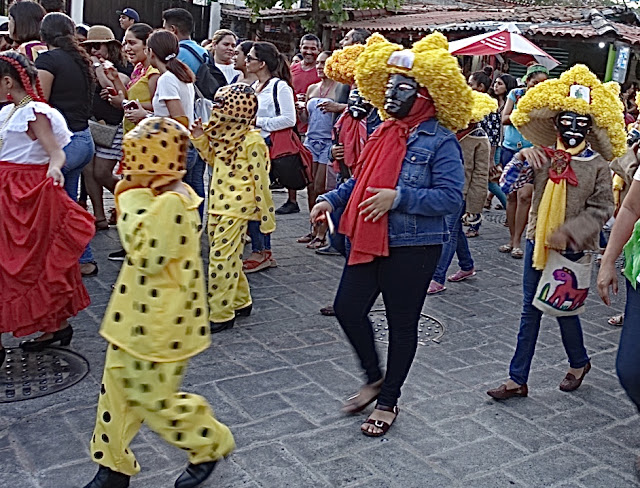 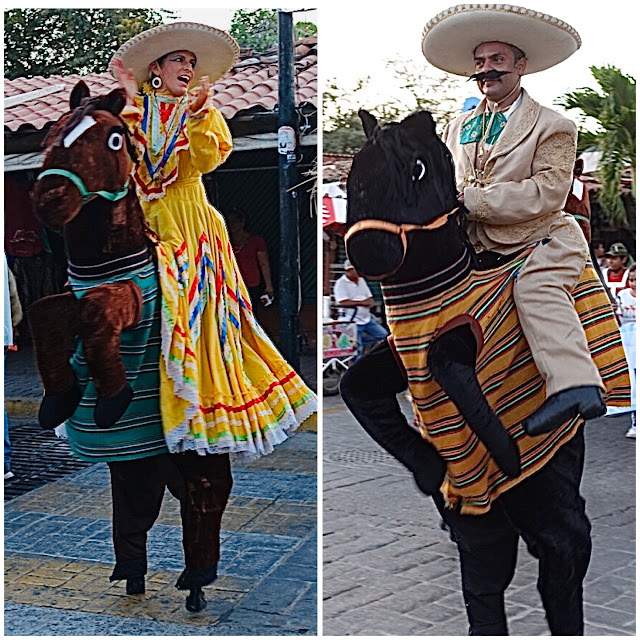 I’ve also been reading and trying to organize my Monarch Butterfly tour once I’m in Morelia but I’m having a hard time. I don’t want to go on a private tour because it’s too expensive and have been told there may be a tour going March 7 so I’ve had to change my booking here and there.  If worse becomes worst, I can always take the bus to the village of Angangueo which is in the heart of the butterflies and take a tour from there.  It’s on the way to Mexico City so not out of the way at all.  Time will tell.

Tomorrow I’m meeting friends from North Battleford for lunch in Ixtapa, then in the evening going to a Doors concert with a cover band from Mexico City with Patty Dupuis.  Time is passing very quickly!  I’ve already been here 2 weeks!
at February 28, 2020