I had a leisurely morning - drinking coffee and reading the paper.  Eventually I wandered down to the pool which except for another couple from the Toronto area, was my own private place- 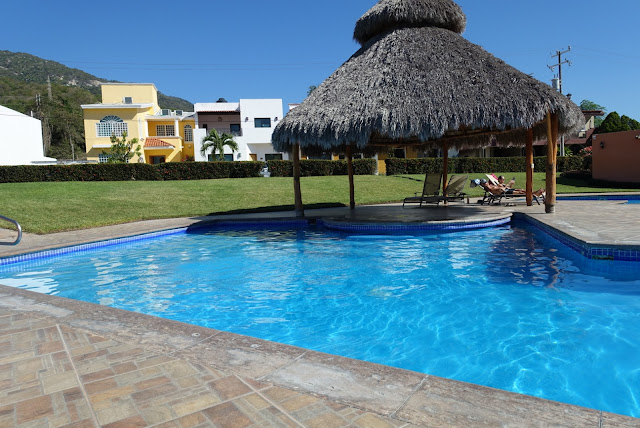 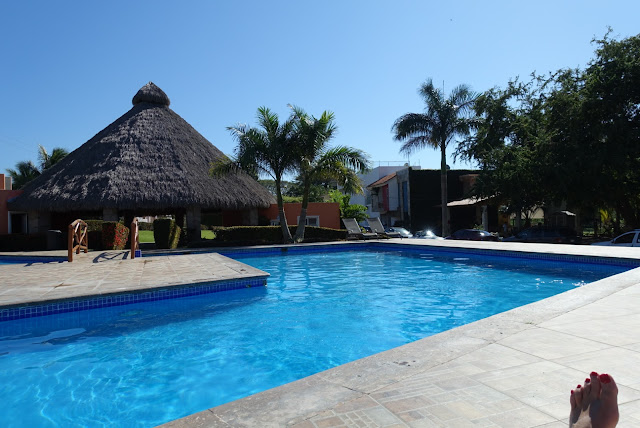 After my win, I wandered to nearby GOM gym which is very modern and cheap - $18 for a week- 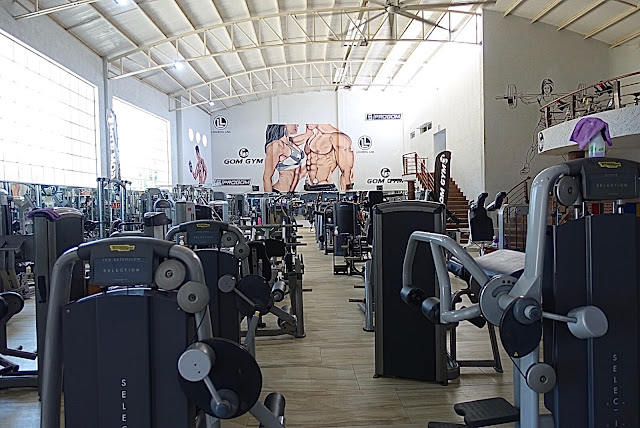 Unfortunately they only offer Zumba at 7 pm and CrossFit at 9 pm!  I would never sleep if I worked out that late!  I think I’m going to just keep swimming in the pool because once in Zihuatanejo, I won’t have one.

Lunch was shrimp soup but they left the peel on the shrimp so it was kind of messy eating.  It reminded me of the time my family came for Thanksgiving.  I made a seafood soup but had never used that particular brand of shrimp before and didn’t realize they weren’t peeled.  No one was impressed- 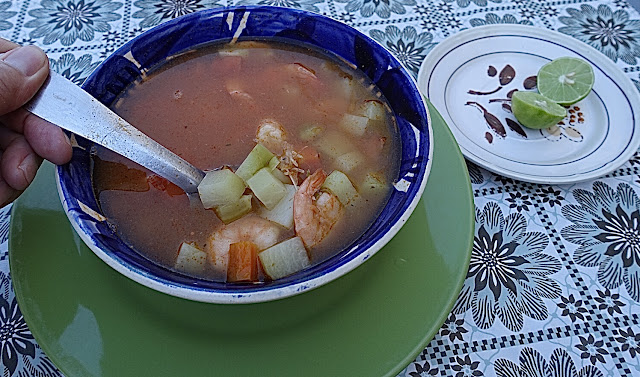 A young fellow was hanging around the restaurant so he practiced his English and me my Spanish.  He drives a 15 passenger van as a taxi and mentioned he was taking a group of Canadians to Barra de Navidad later this week and if I wanted to come, I could pay my share.  He’s charging them $271 so that’s about $39 each!   It’s possible to go down to the main bus terminal and catch a bus but he said it’s a long way away.  I asked him if it wasn’t possible to just hop on a bus going by on our street which goes to the main highway.  He looked at me, hesitated and lied.  That was the end of our conversation.

I wandered over to Schreiber’s for a visit and a couple beer.  They are in such a nice complex- 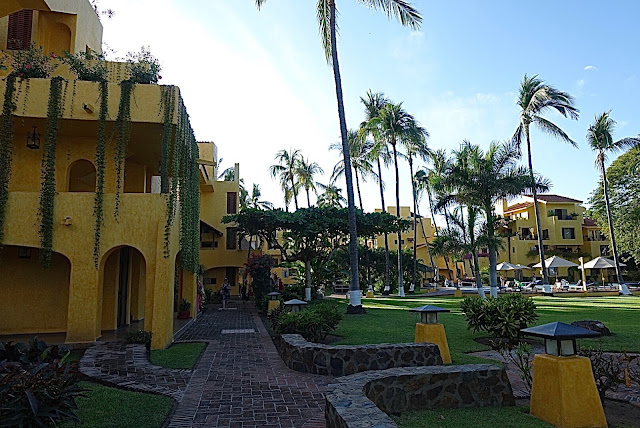 We went down to the beach where there was a bocce ball tournament going on.  They raise money for a disabled man who was almost beaten to death and now needs a lot of help- 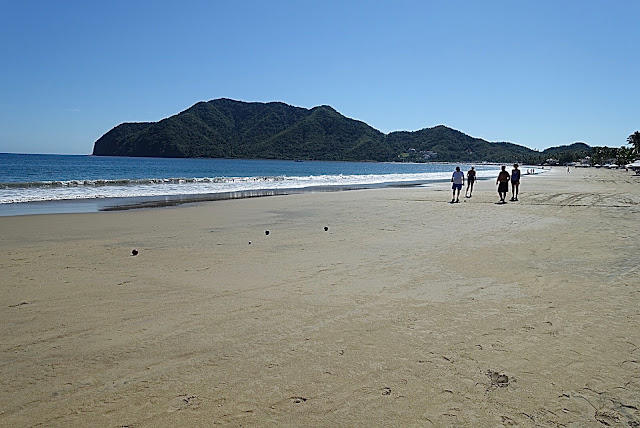 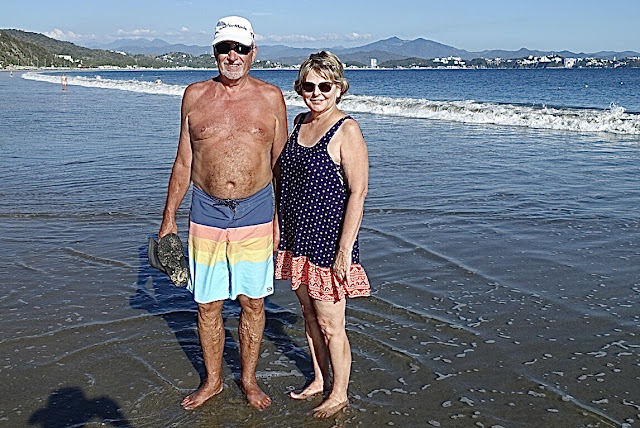 We wandered down the beach- 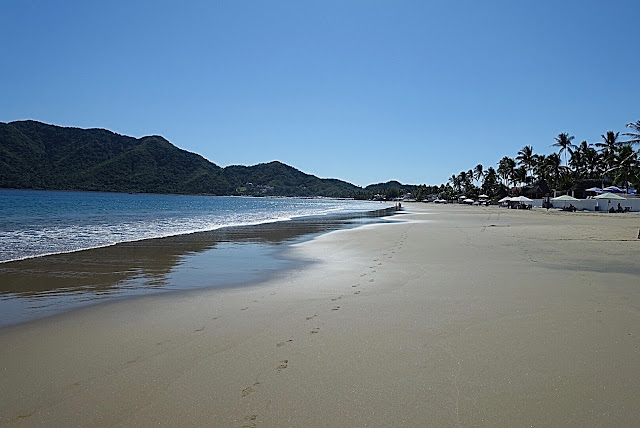 towards “The Village” which is a bunch of restaurants set up under umbrellas. It’s where the Mexicans hang out- 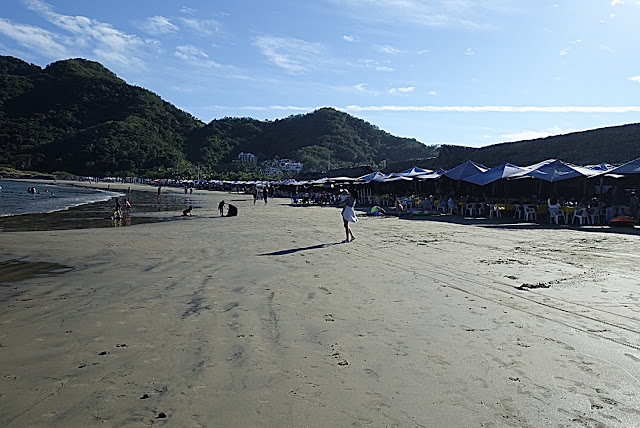 There were more people in the water- 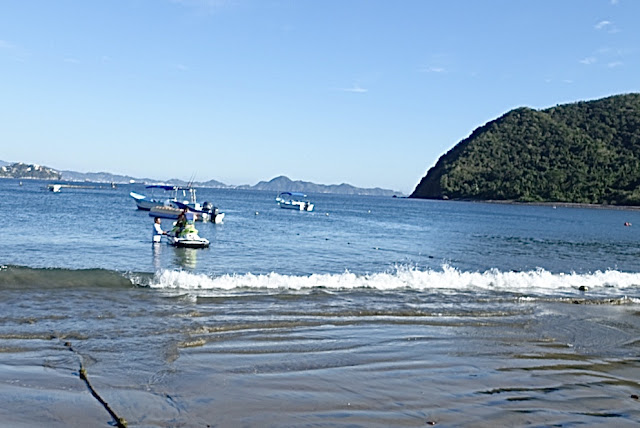 I came home via a couple grocery stores so now have provisions for breakfast.  I was hot and the sun was just setting so went back to the pool for another swim.  The water felt like a bathtub.

Tomorrow there’s an event happening around 2 down at the beach and margaritas are 2 for 1.  So.....