Garbage is everywhere and the rooftops seem like a great ??? place to keep it- 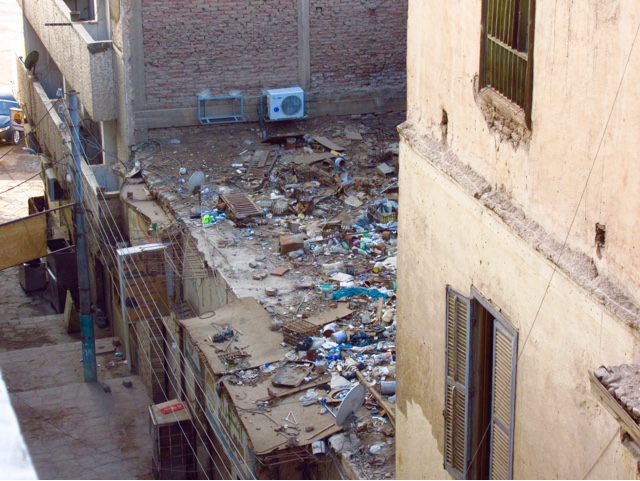 We had an early start, leaving Aswan at 4 am.  The drive was uneventful, just mile after mile of desert with the occasional police check point.  They put big oil drums, huge rocks and sometimes metal fencing across the highway and vehicles have to weave around everything and then usually stop to hear "Hello!  Welcome!  Where are you from?"
14 temples were saved when Lake Nasser was created and Abu Simbel is one of them.  It too, like Philae was taken apart, stone by stone and painstakingly moved.  Over 2000 blocks weighing 10-40 tonnes each were put together on an artificial mountain 210 meters from the water and 65 meters higher than the original site.  It took 4 years to complete-
The Great Temple of Ramses II (1274-1244 BC) is 30 meters high and 35 meters wide.  The 4 colossal statues of Ramses II are 20 meters high- 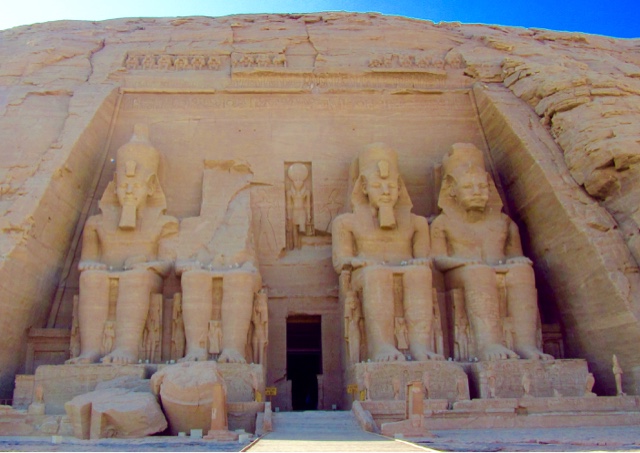 Also shown are some of his favorite children and favorite wife Nefertari.  Above the door is the sun god, with the falcon head, Ra-Horakhty.  Ramses II had 86 wives and over 200 children.  Most of the inside shows Ramses II winning all his battles.
The Temple of Hathor is next door and it is dedicated to Nefertari.  The 6 statues are 10 meters high, 4 are of Ramses II (of course) and 2 are of Nefertari, even the same size as Ramses II!  That is rare because usually she was shown only as tall as his knees- 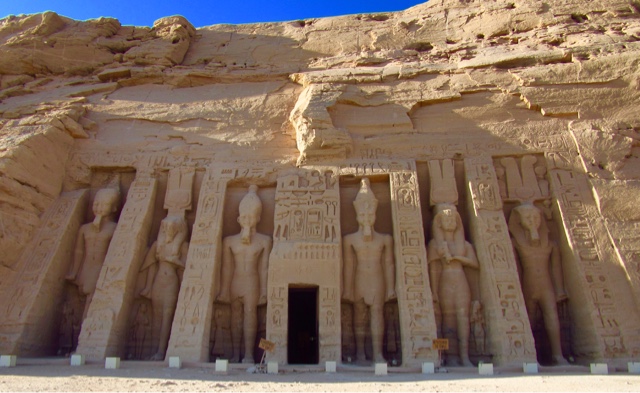 I snuck some pictures inside- 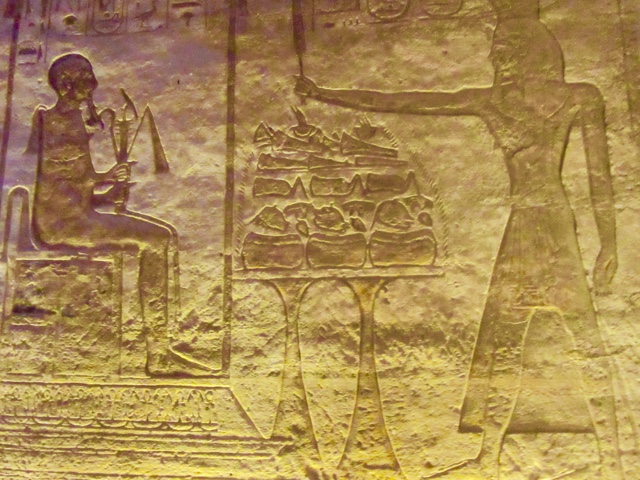 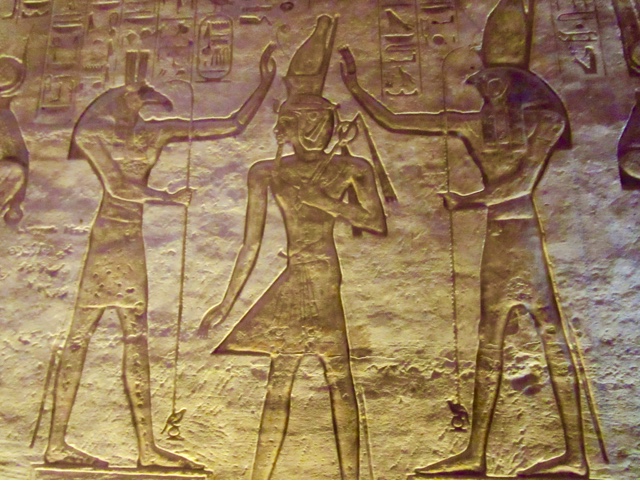 Nefertari is being crowned by Hathor, goddess of fertility and motherhood (on the left) and Isis- 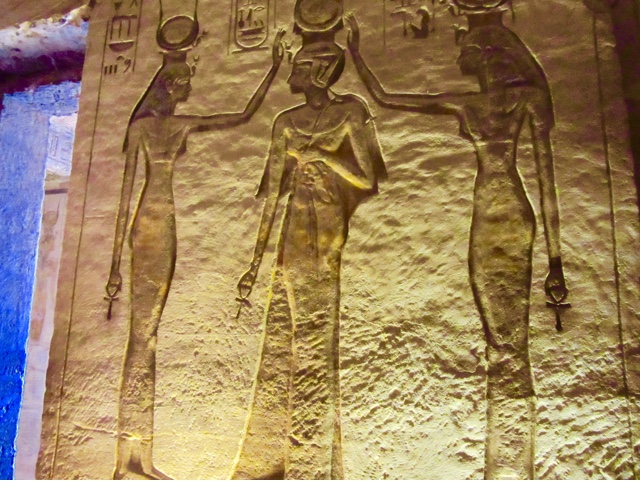 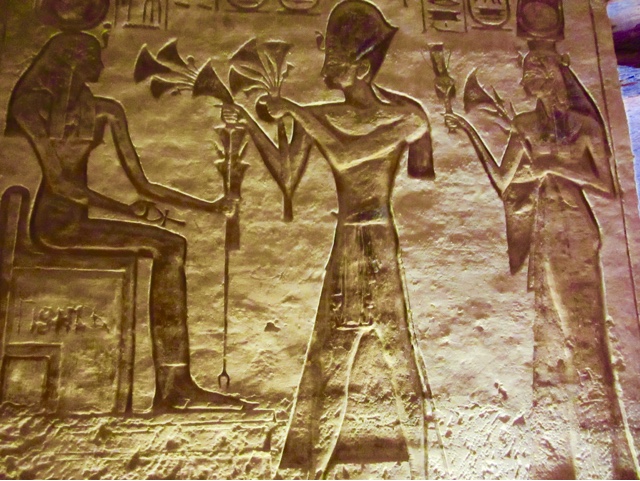 That pretty much concludes the temples of Egypt and I am completely templed out!  They are beautiful and the detail and difficulties involved in their construction are hard to imagine.
This is a pretty wild sidewalk - up and down, up and down.  I walked on the street instead-

Supper was perch, fresh out of Lake Nasser- 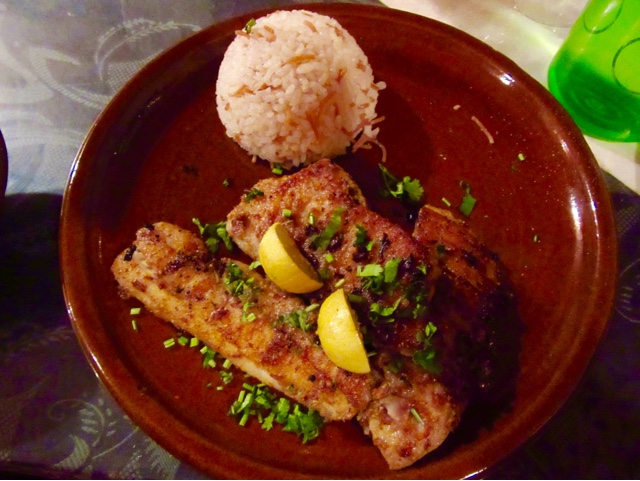 Tomorrow it's another early start for Sudan where we'll be bush camping for 4 nights before we arrive in Khartoum so I'll be out of service for awhile.  Stay tuned!
at November 16, 2015