The Egyptian Museum is a huge collection of 100,000+ objects - mummies, jewellery, miniatures, tombs, statues etc. and unfortunately a place where you can't take pictures.
The Narmer Palette begins Egyptian history- 3100 BC.  Here he's wearing the crown of Upper Egypt on one side of the stone and the crown of Lower Egypt on the other side.  This shows the birth of Egyptian civilization and the start of 3000 years of Pharaonic history- 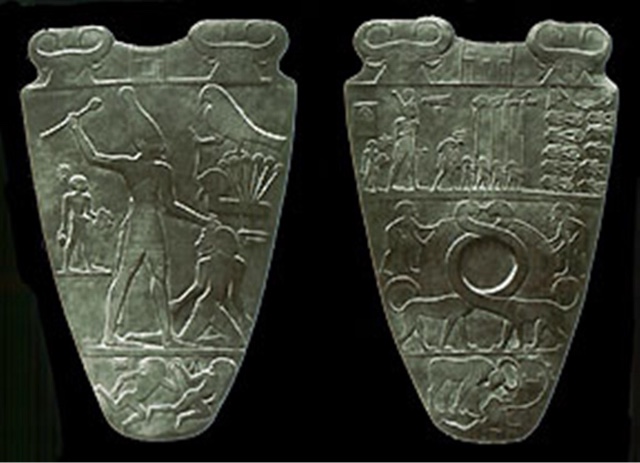 http://img.whenintime.com/tli/lmgutierrez/Religion/be8d02b4-3fbd-4648-9cea-72c8f946aa4b_NarmerPalette.jpg
Zoser - (2667-2648 BC) is the oldest statue of its kind in the museum.  He is seated, life size, wearing a tight robe and a striped head cloth over a huge wig.  The inlaid eyes are missing- 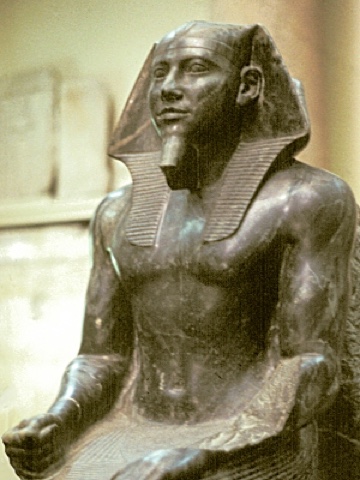 https://www.bluffton.edu/~sullivanm/egypt/cairo/chephead2.jpg
The black schist triads show pharaoh Menkaure  (2532 -2503 BC) the builder of the smallest of the three Pyramids of Giza.  Beside him is the goddess Hathor and a nome- 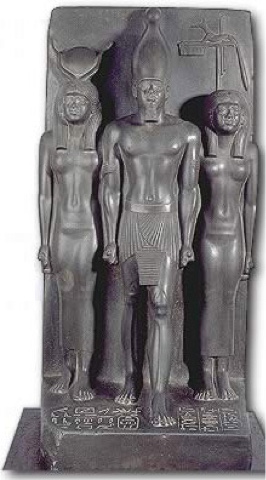 http://www.touregypt.net/images/touregypt/47g33.jpg
Khafre (2558-2532) built the second pyramid at Giza.  He's sitting on a lion throne, protected by the wings of the falcon god Horus- 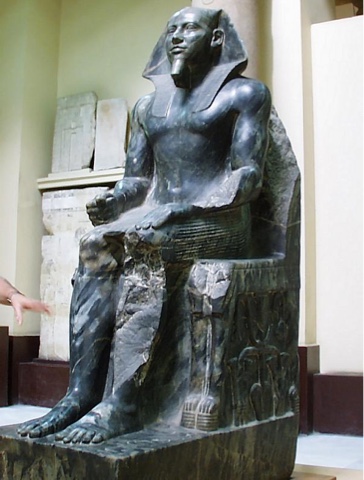 http://i-cias.com/e.o/slides/khafre01.jpg
This statue of Ka-aper is carved from sycamore which was sacred to the goddess Hathor.  His belly suggests prosperity and his eyes are opaque quartz with corneas of rock crystal-

http://www.ancient-egypt.co.uk/saqqara/images/serdab.jpg
Rahotep and Nofret are life sized and well preserved painted surfaces made of limestone 4600 years ago- 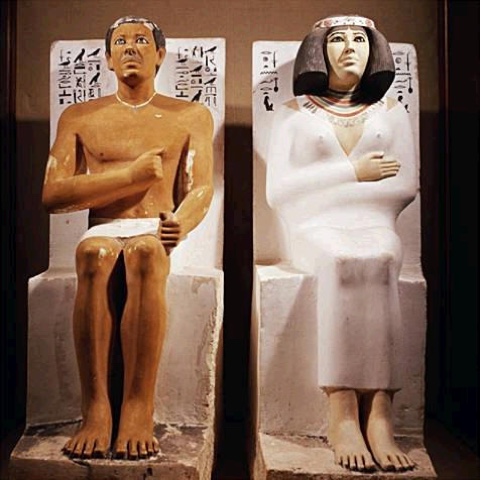 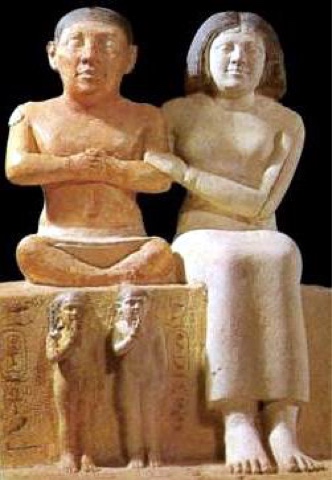 http://www.egiptomania.com/vidacotidiana/imagen/seneb.jpg
The unfinished head of Nefertiti is in brown quartzite- 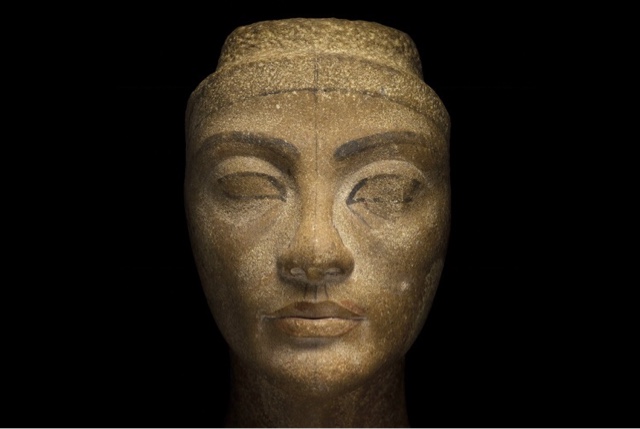 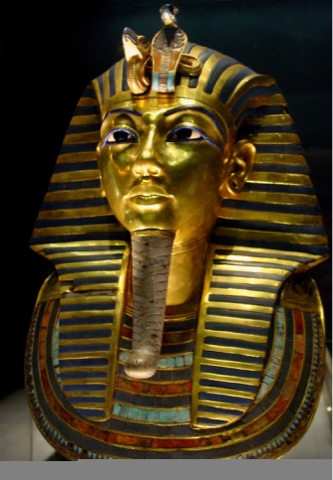 https://upload.wikimedia.org/wikipedia/commons/4/47/Tuthankhamun_Egyptian_Museum.jpg
King Tut's Lion Throne is made of gold, silver, glass paste, lapis, cornelian and other semiprecious stones.  Ankhesenamun is putting perfume on her husband- 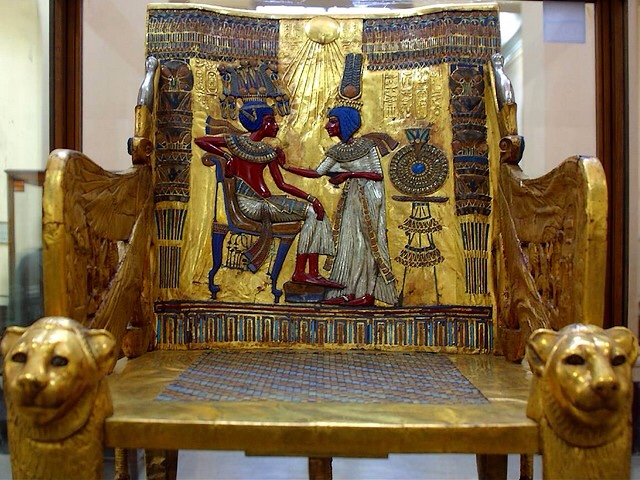 http://www.egypttailormade.net/media/k2/galleries/80/Museum%2014-The%20Royal%20Golden%20throne%20for%20King%20Tut%20Ankh%20Amon.jpg
I could go on and on- the skill and beauty is unbelievable, however, after a few hours, I moved on to Coptic Cairo which is Babylon (6th century BC).  Coptic refers to early Christianity.
The Hanging Church (9th century)- 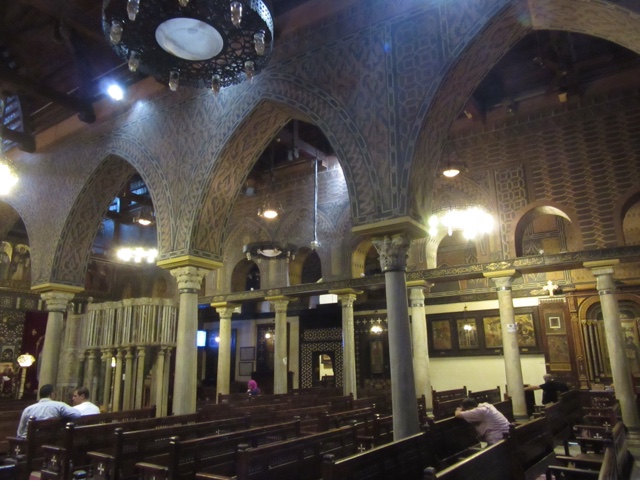 is suspended over the Water Gate of Roman Babylon.  Ebony and ivory screens hide the altars- 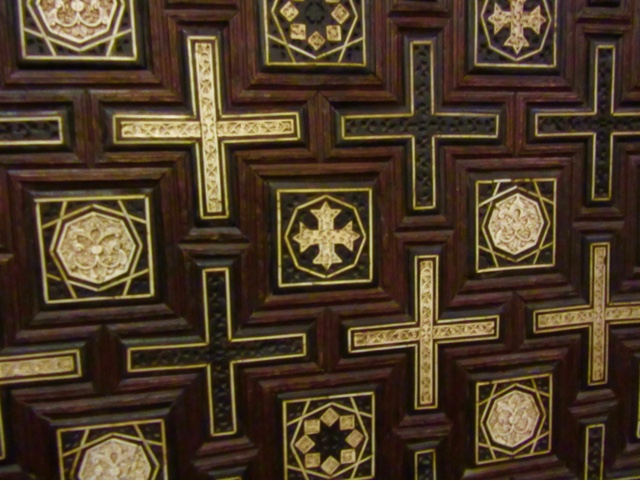 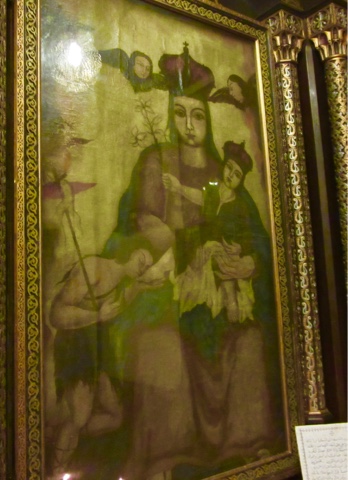 The family tombs in the cemetery were pretty cool- 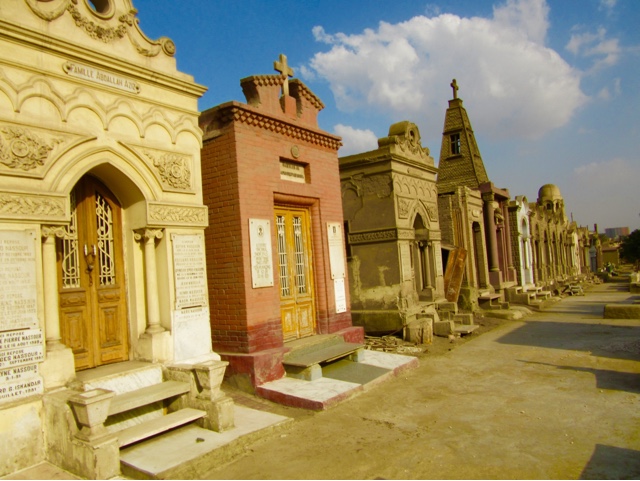 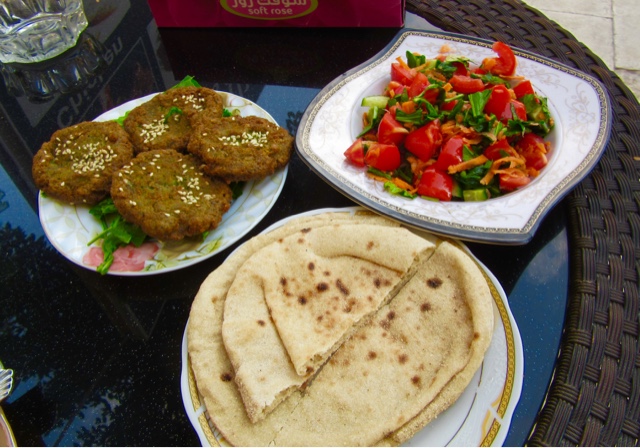 I didn't have this- (fava beans) 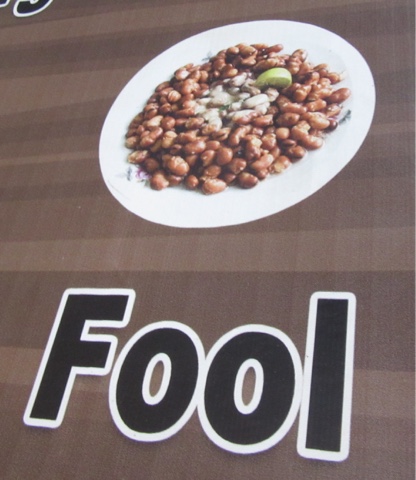 The Church of St. Sergius and Bacchus was built in the 11th century and honors the Roman soldiers Sergius and Bacchus, who were martyred  in 296 because they were Christians.  Joseph, Mary and Jesus hid underneath this church when Herod was massacring the first born- 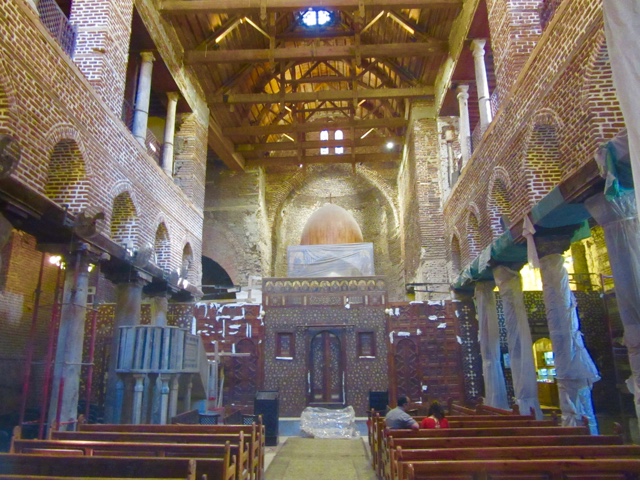 The front altar wall is made of ebony and ivory- 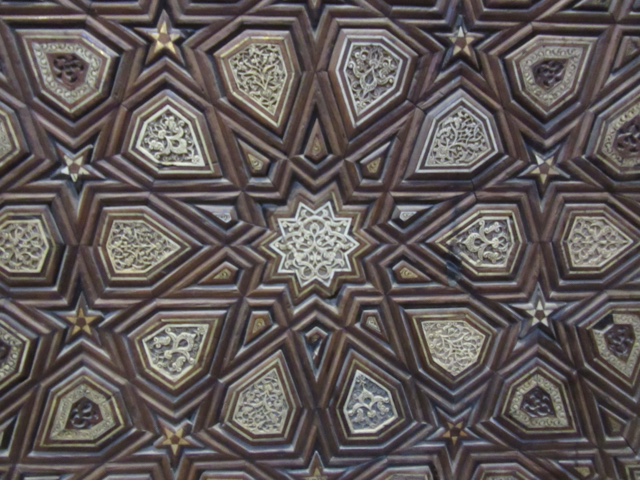 After leaving Coptic Cairo, I took the metro and a communal taxi to the Havana Hotel for our group meeting.  "The Beast" was parked outside- 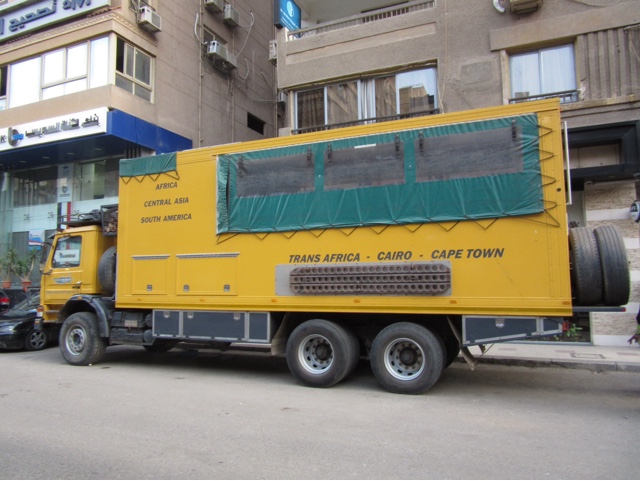