We started the morning with a visit to the Giza Pyramids.  They are gigantic tombs made for the pharaohs by an organized work force of farmers.  During flood season, they couldn't farm so they built pyramids.  Some pyramidologists (that is a word!) think the precision of their construction was well beyond simple farmers and that they must have been made by angels and aliens!

Khufu's Pyramid is the oldest and largest in all of Egypt.  It was finished in 2570 BC and stands 137 meters.  Due to erosion, it's lost 9 meters over time- 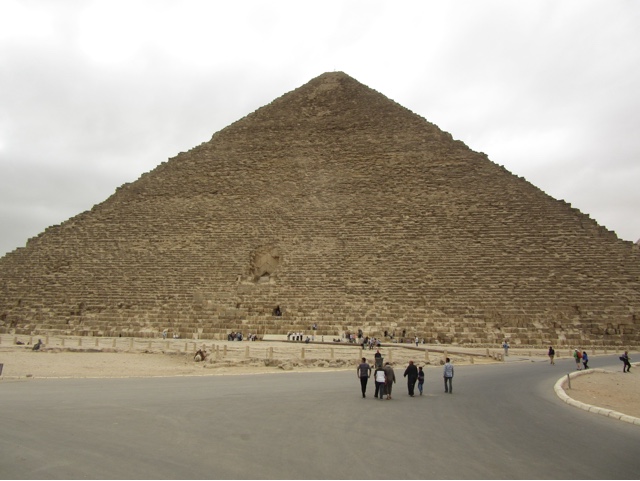 I didn't go inside because our guide said there was nothing to see and to wait for Luxor, Valley of the Kings.

2.2 million stones weighing 20 tonnes each were used in its construction.  Some think the builders used some kind of spiralling scaffolding but the inside isn't as well put together as the outside so...... 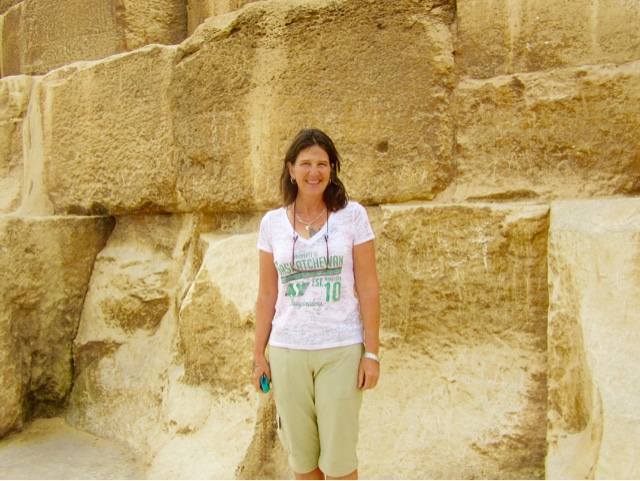 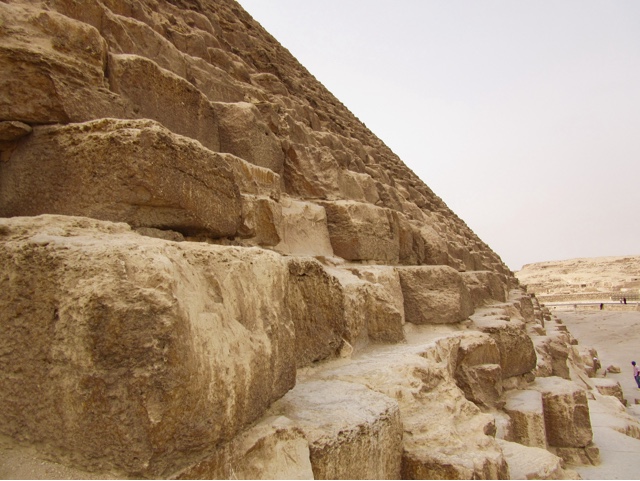 Next to Khufu's pyramid is his son's - Khafre.  It's 136 meters high and still has some of the original polished limestone casing on top.  Originally all the pyramids were completely encased in this but it's been stolen over the years- 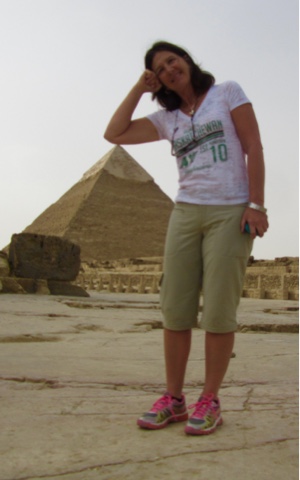 The smallest pyramid, the one on the right, belongs to Menkaure and it's 62 meters- 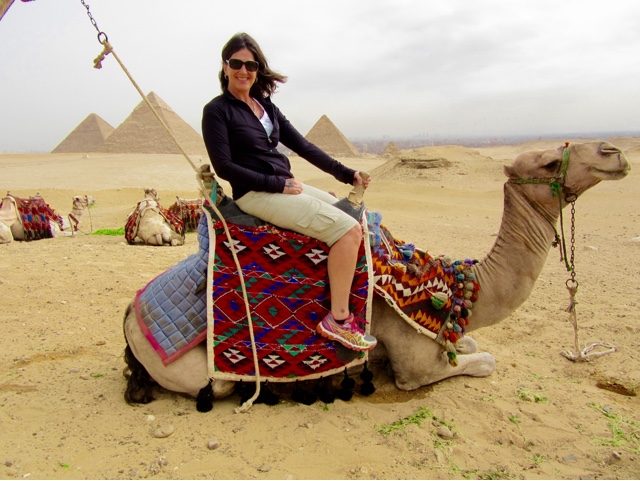 Riding this camel was fine - a little wobbly standing up, but comfortable enough for 30 minutes at $16.00 and where else to do it but at the Pyramids? 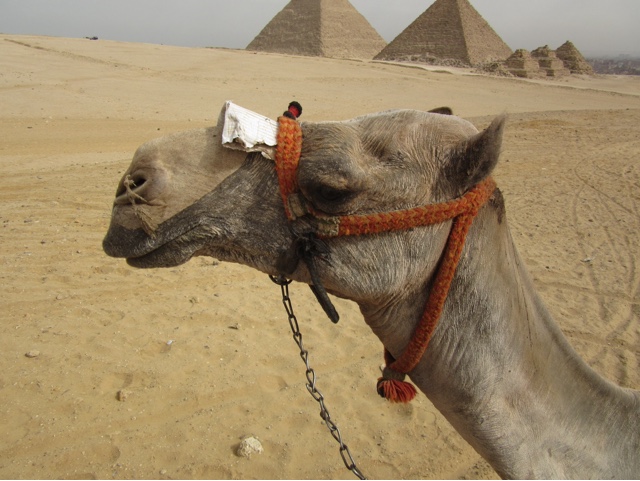 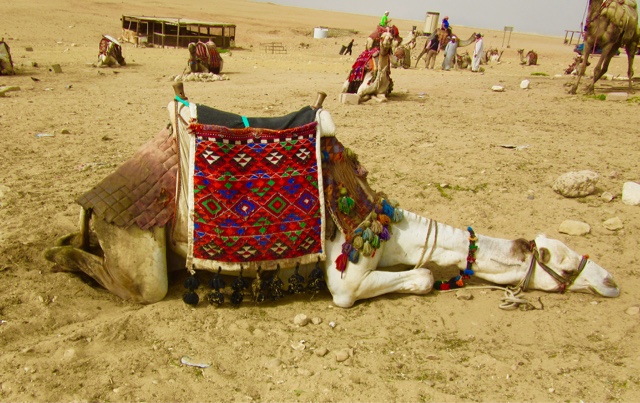 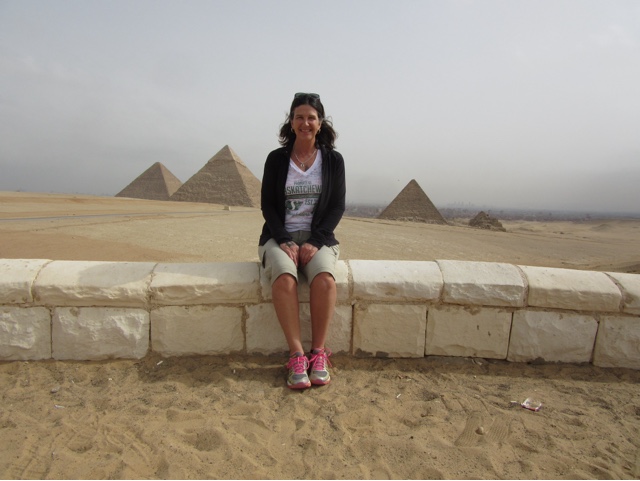 The  Sphinx, or Father of Terror, is a sculpture of a man with the haunches of a lion carved from one piece of stone.    It's called the Sphinx because of Greek mythology.  He lost his nose between the 11th and 15th centuries but no one knows how- 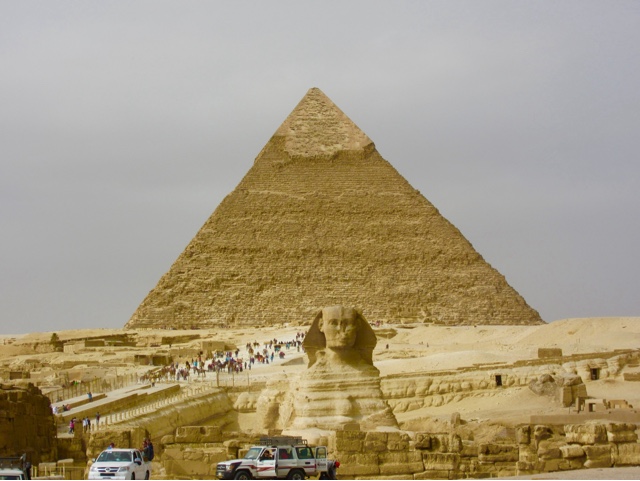 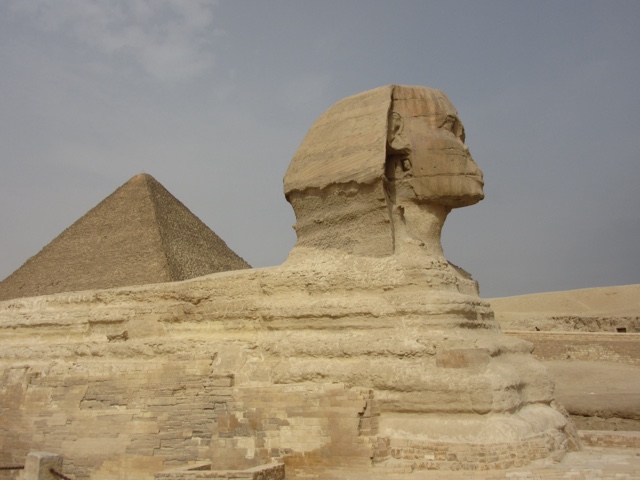 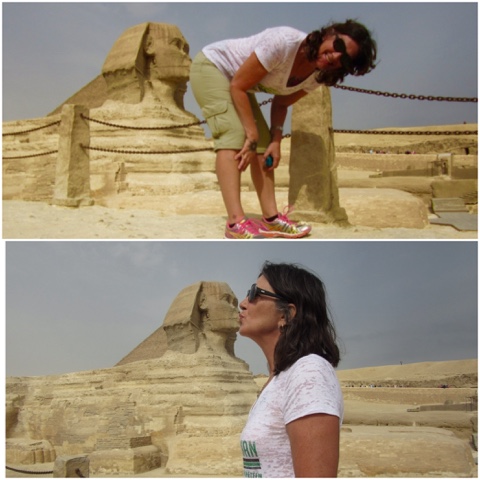 We visited a perfume factory where over 200 essences are sold.  It's 100% pure - no alcohol or chemicals added.  All the big name brands are available and the bottles are hand blown- 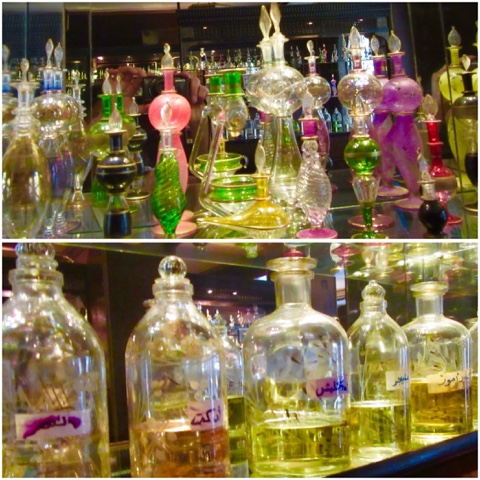 The sights of Cairo: a tea stand and bananas for sale along the street- 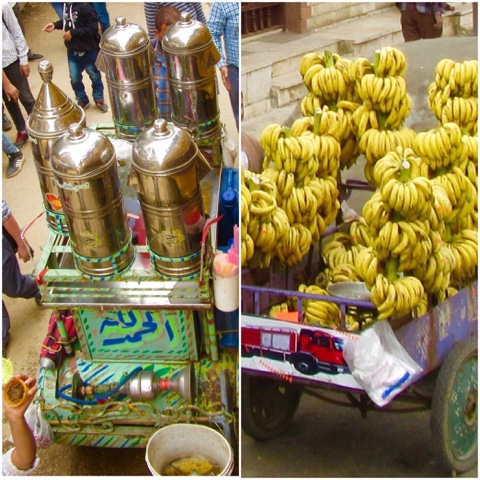 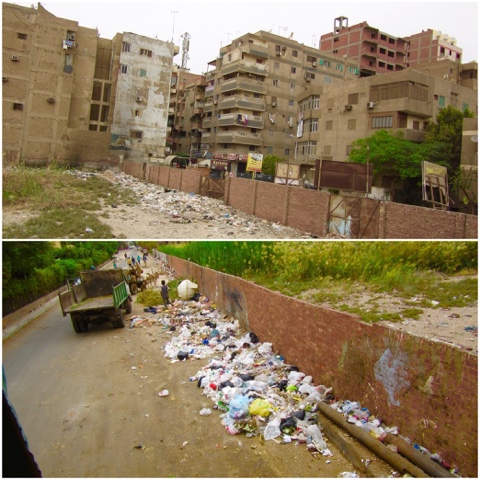 Even at the entrance to this school- 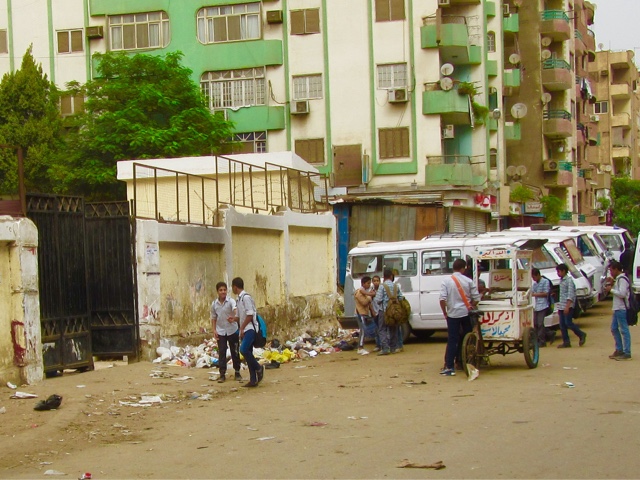 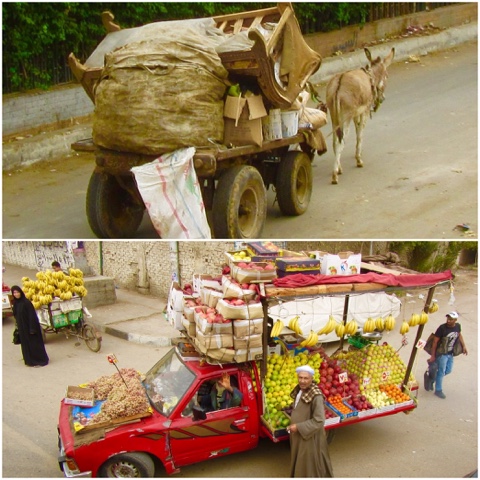 Street food stalls make the best and it's so cheap- 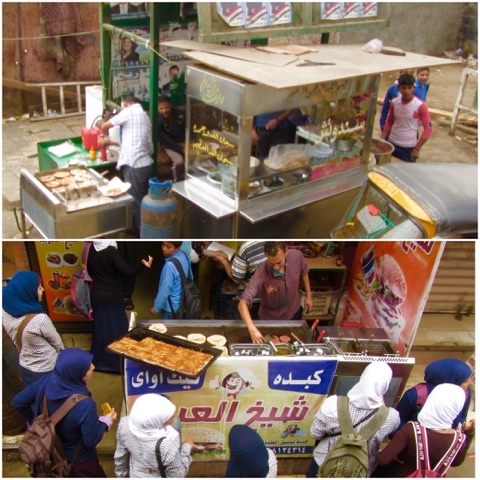 The group enjoying the drive- 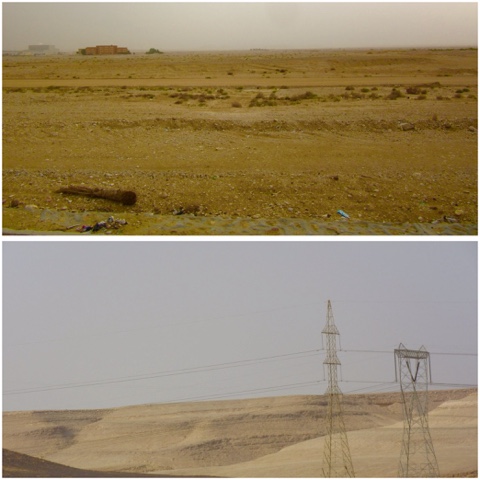 I'm not sure what to think of Cairo.  It's dirty, noisy - constant honking and people are often hollering, but friendly.  They are poor - the man working the day shift at my hostel makes $130/month, not even enough to keep him in cigarettes!  They rely on tips and expect them too.  It's hard to imagine a city of this size can survive although it's like an oasis compared to its surroundings.

Driving to our bush camp, we came upon a highway traffic jam and had to sit about four hours, then after numerous delays along the way, we stopped at 2 am!  It had rained, the first time in 2 years and rocks, sand and mud had come off the mountain and wiped out vehicles!  We were very lucky we weren't a bit earlier! 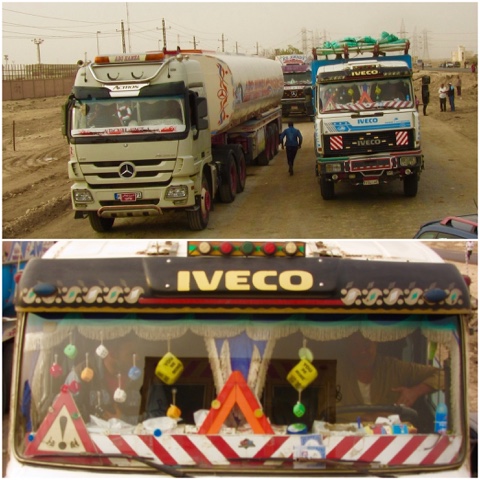 I love the die in the windshield!
We'll be visiting St Paul the Hermit's monastery in the morning, then continuing on to Hurghada, a beach town!