I watched the cake cutting video late last night and I'm going to have a grandson!  Congratulations to Jane and Mitch but aren't I too young to be a grandma?
I spent the whole day, from 8:45 until 4:15 in the Sudan Embassy getting my visa.  What a gong show!  I was lucky though because I ran into 3 other Oasis travellers and they weren't successful.  One man's name is on a 'watch list' and even though they know it's not him, they can give neither him nor his wife a visa!  Also, another fellow waited a few hours just to get the forms which were coming, coming, coming.  He finally left in frustration and will have to spend time there again tomorrow.  It was so weird. It was supposed to open at 9 but it took until 9:40 for them to saunter in behind the counter.  Then it was a madhouse but I managed to push just as well as the rest of them and in no time had my form filled out, photocopied and handed in.  A few hours passed and then it was lunch.  No one behind the counter.  Then a few more hours passed and then it was prayer time.  No one behind the counter.  Finally, after many prayers to Allah, I was called forward. So, I'm going to Sudan.  Another thing that's so interesting, is isn't Sudan a shit hole?  Why aren't they giving out visas for free?  Hawking them on the street corner just to get people to go there?  Weird.
This city is still crazy this morning.  It's the busiest place I've been, even more so than Hanoi.  It is interesting though how people just go with it.  Crossing the street is a game.  Once you start, you can't stop and as long as you don't hesitate, you won't be killed.  Just keep walking!  Another useful tactic is to walk with an Egyptian but keeping him or her on the traffic side of you!
Some garbage makes it to the bin- 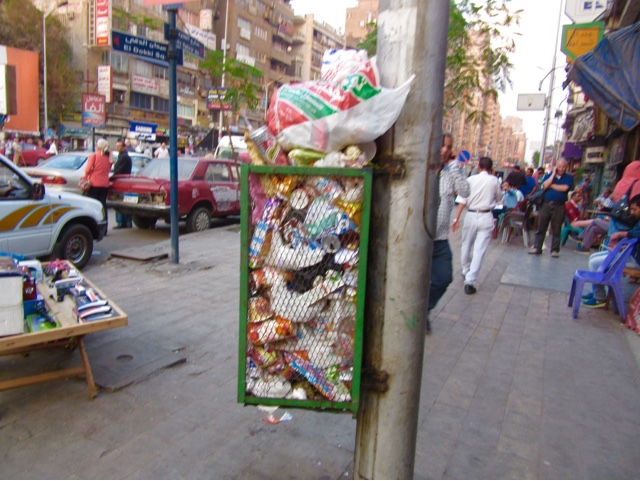 but most doesn't.  All sidewalks are uneven too - great for clutzes like me! 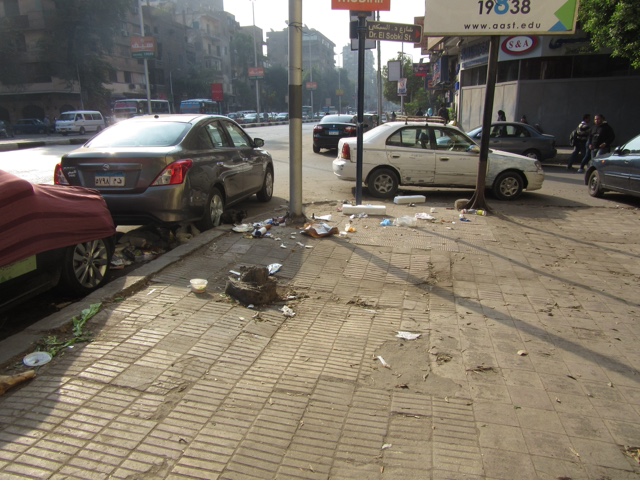 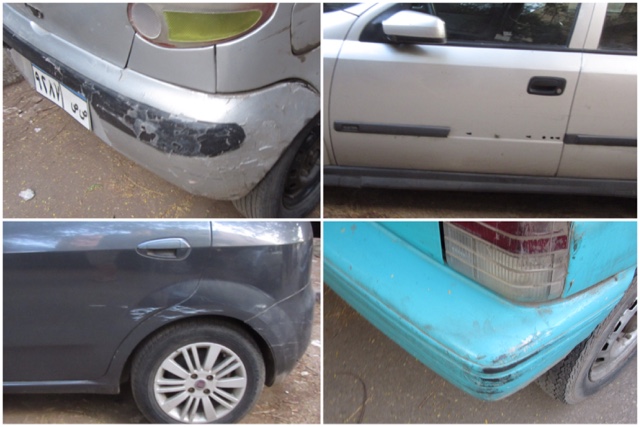 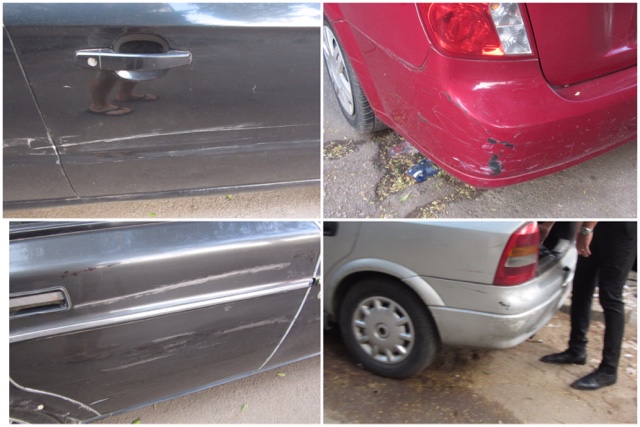 Believe me when I say these were 8 cars in a row!  I'm not kidding!
Life on the streets is mad.  The white van is a communal taxi that costs 8 cents but they'll only take you if you're going in the majorities direction.  Most women wear head scarves and cover their arms and legs.  I wore capris and a not so revealing t-shirt today and had fewer looks and catcalls! 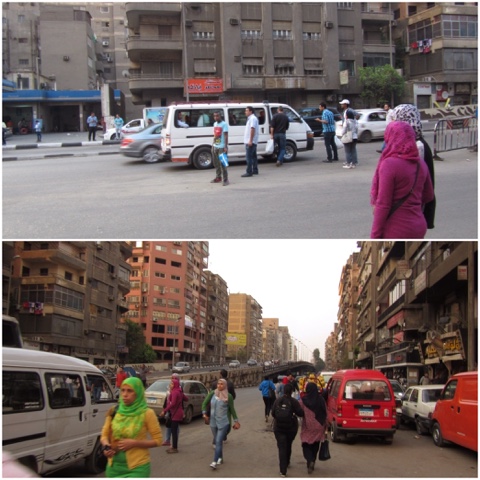 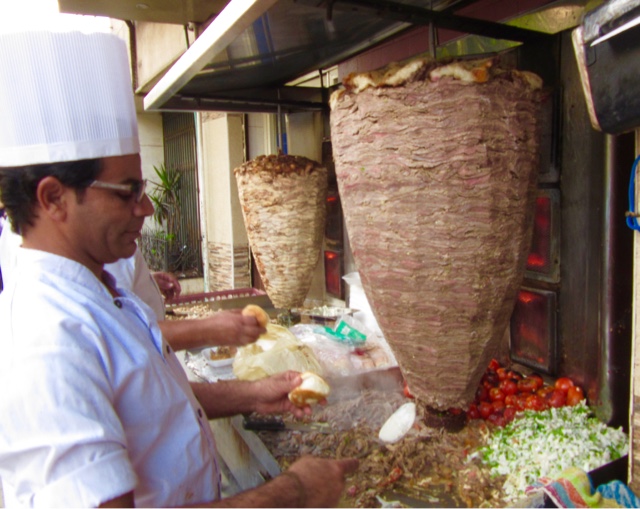 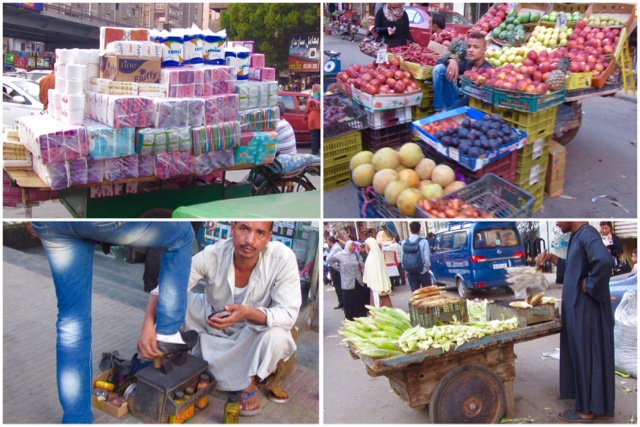 Sidewalks are crowded with tea drinkers, sheesha smokers and restaurants- 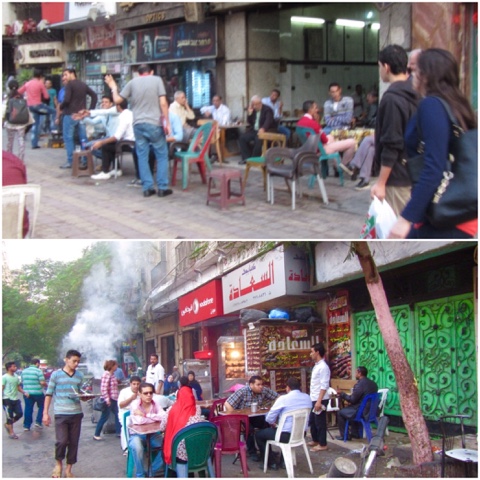 I love the metro- cars just for women here too! 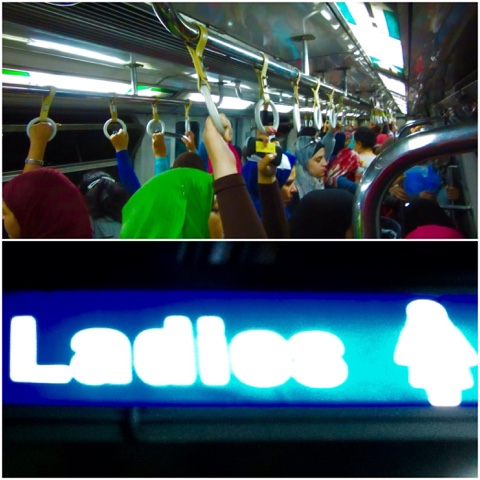 Tomorrow will be a big touring day - Coptic Cairo and the Egyptian Museum.  I'm looking forward to it as well as meeting all the group at 6 pm!
at November 02, 2015