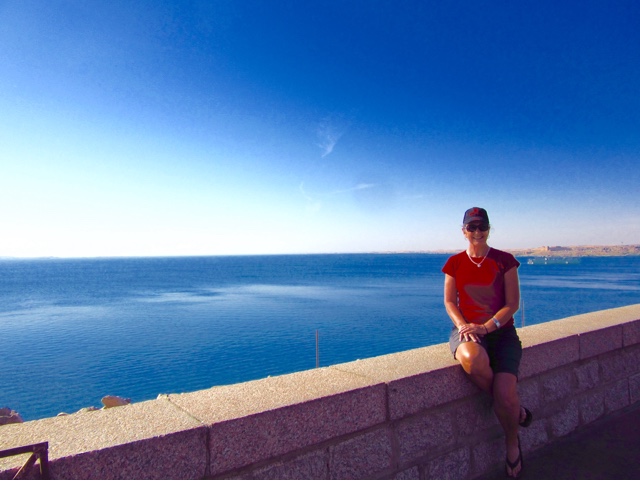 There are no locks so there are no through boats.  A huge power plant is on the north side- 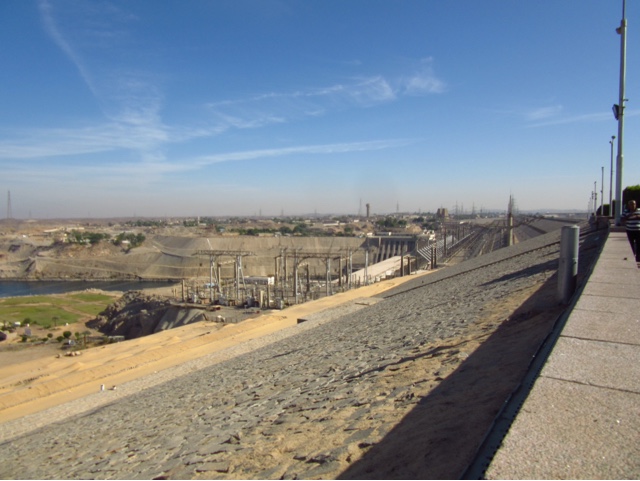 as is the restart of the Nile- which flows up to the Mediterranean- 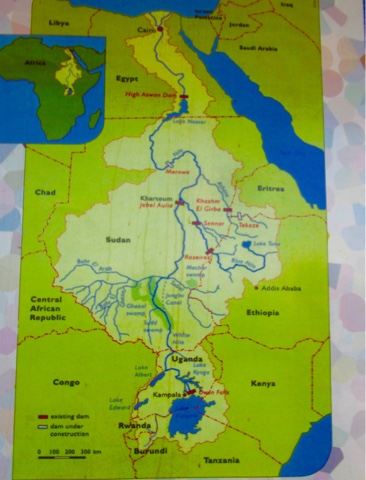 Today, the Temple of Isis is on Philae Island.  It was moved after the Aswan High Dam flooded it.  Some columns remain at the old site- 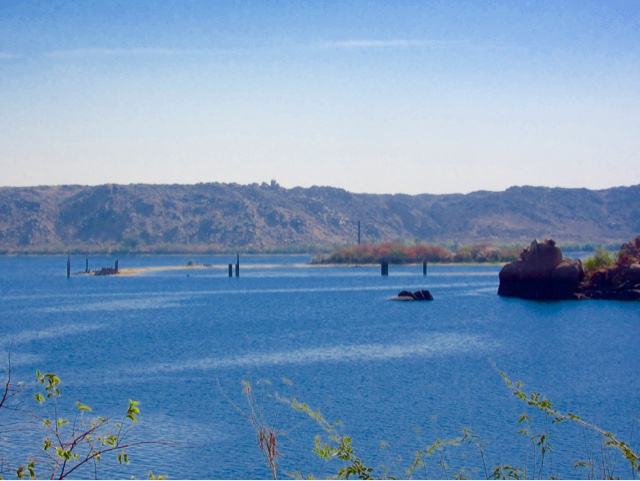 Nectanebo (380-362 BC) started the temple and it was added to during the next 500 years by the Ptolemies.  In 1972, with the help of UNESCO, it was moved during the next 8 years.  Steel plates were driven into the land around it and the water was pumped out.  This took 2 years.  Then, all 37,363 chunks of rock were numbered, photographs were taken and it was moved to higher ground- 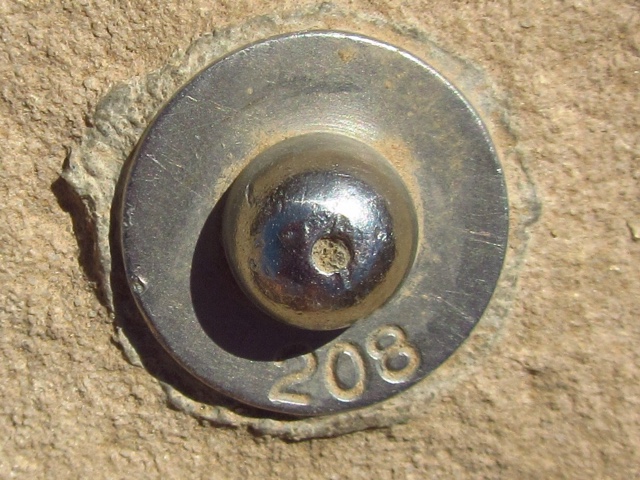 It's now 20 meters higher than it was originally.
The first pylon is the newest part of the temple because they built from inside to out- 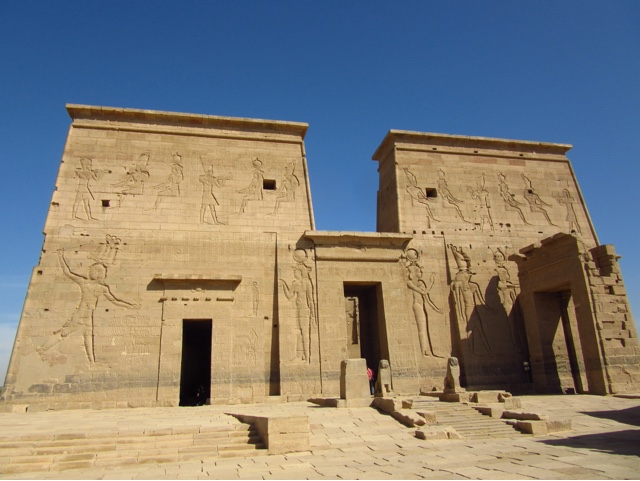 The Nilometer was used to measure the rise and fall of  the river.  If the Nile was high, the harvest would be good and the farmers were taxed accordingly- 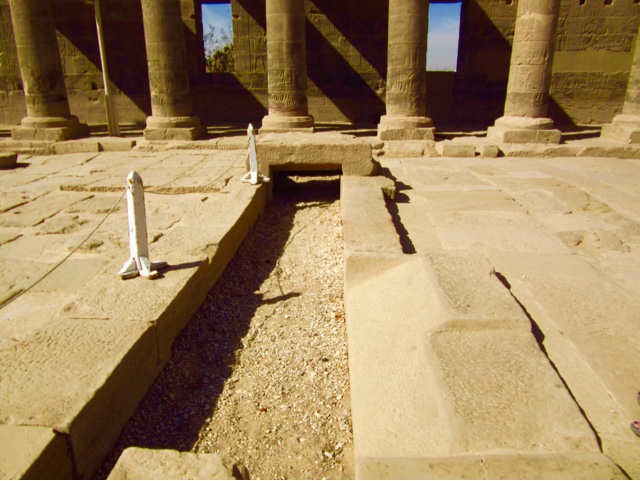 King Ptolemy XII has his enemies by the hair- 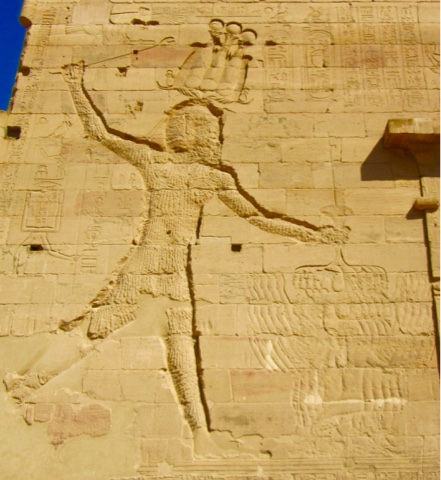 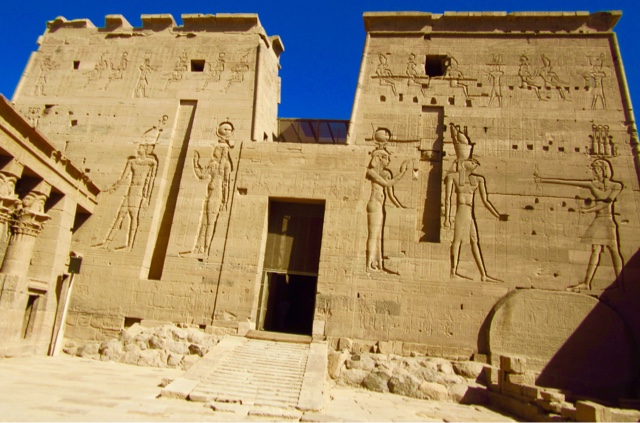 leads to some great columns, again with the capital in the shape of a lotus- 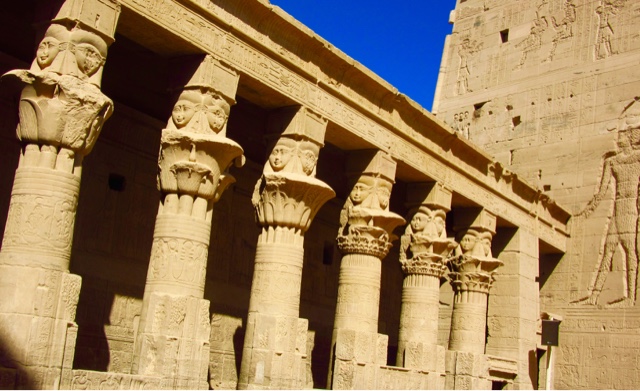 At the top is Hathor, the goddess of motherhood, beginning to smile during the first week following a birth because those were the most difficult days for a newborn- Ptolemy VIII on the far right is giving an offering to Horus, god of everything, represented by a man with a falcon head while Isis, his mother, looks on- 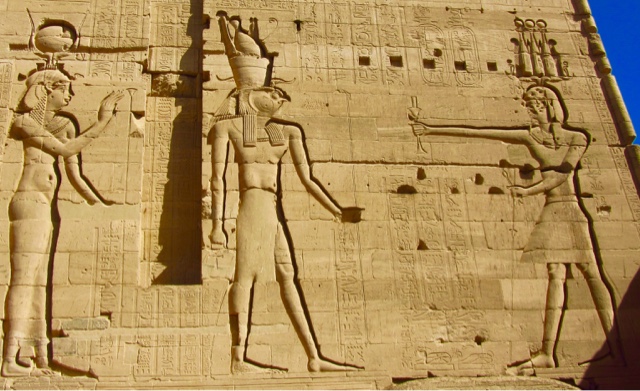 The Kiosk of Trajan was like a locker room, used for changing clothes and getting perfumed up, ready to meet the king- It has some well preserved lotus capitals on the columns- 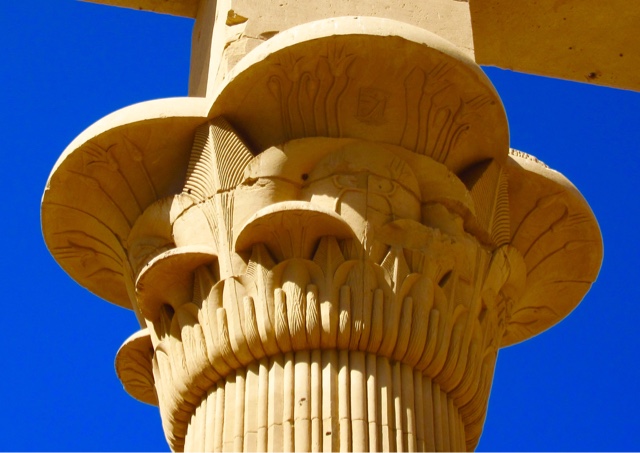 Papyrus has been used for paper since 3000 BC.  The plant is found everywhere along the Nile and is cut into chunks, then peeled, then smashed with a hammer- 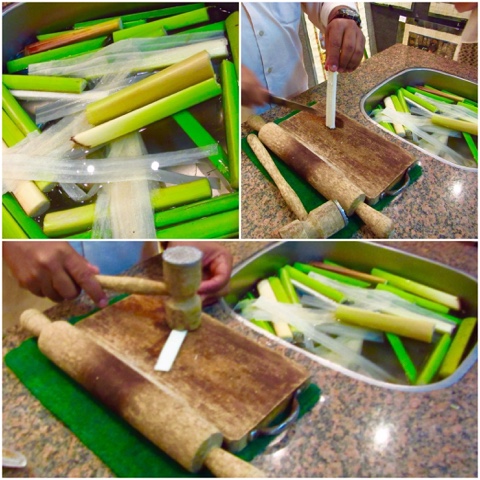 After that it's rolled flat and laid horizontally and vertically on a matt and placed in a press for a week, allowing the matt to absorb the moisture- 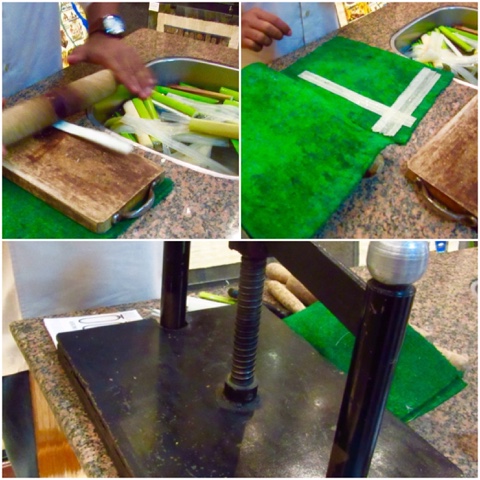 The end result is 'paper' that will last forever- 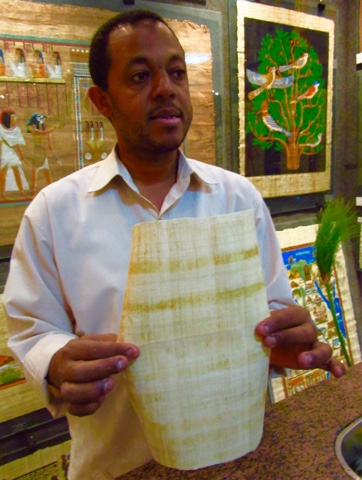 The Unfinished Obelisk was abandoned before it was completely cut out of the quarry because it cracked.  It's 42 meters long and shows how the obelisks were made.  First, 6 inch holes were drilled every 6 inches around the large chunk of granite and wood was inserted.  The wood was soaked in water and it became hot in the day and cold at night.  The change in temperature cracked the outside of the piece so it could be separated.  This particular piece weighs 1168 tonnes and would have been transported during the flooding of the Nile in a boat up to Luxor or further north- 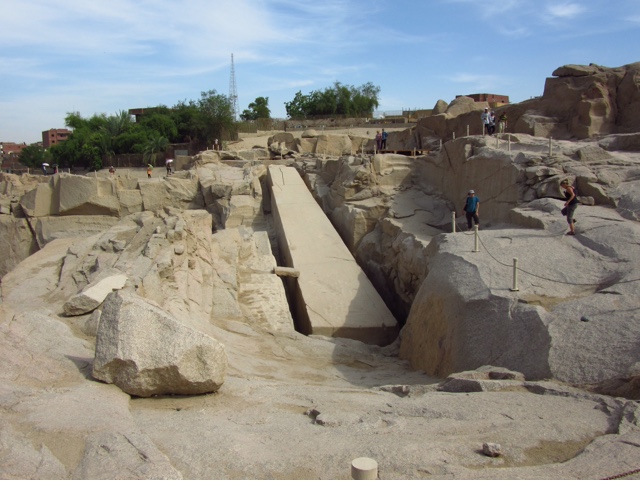 Supper was high tea at the Old Cataract Hotel where it costs $300 for one person to spend the night, however, breakfast is included!! 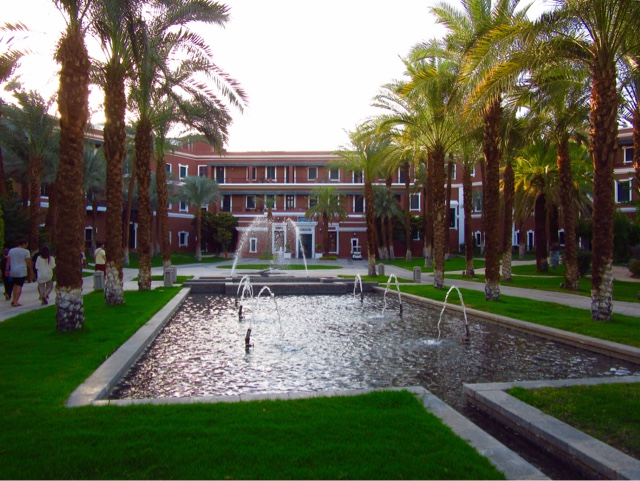 I had jasmine tea and it tasted like grass- 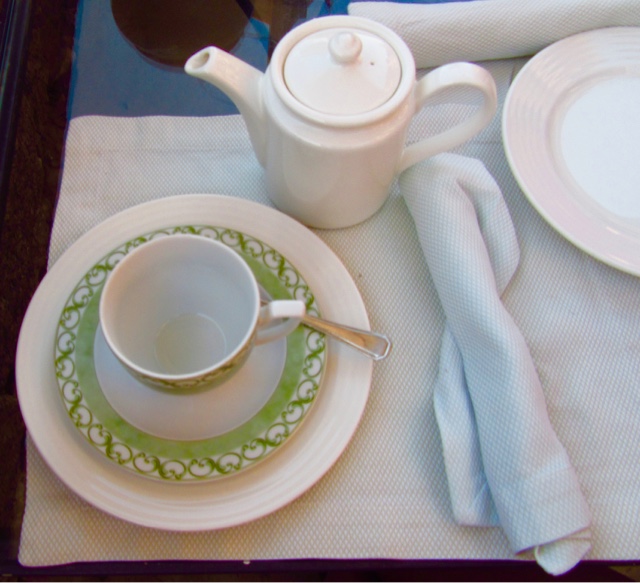 Sandwiches were cucumber, cream cheese with prosciutto, egg and chicken/ham, smoked salmon and cheese.  Most of the bread was dry but the presentation was excellent- 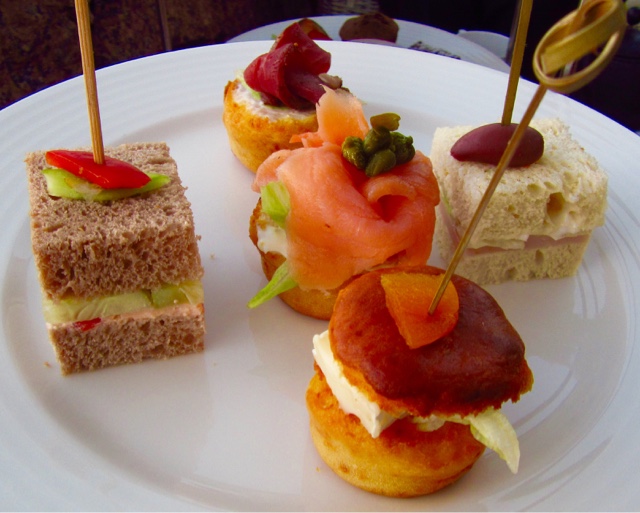 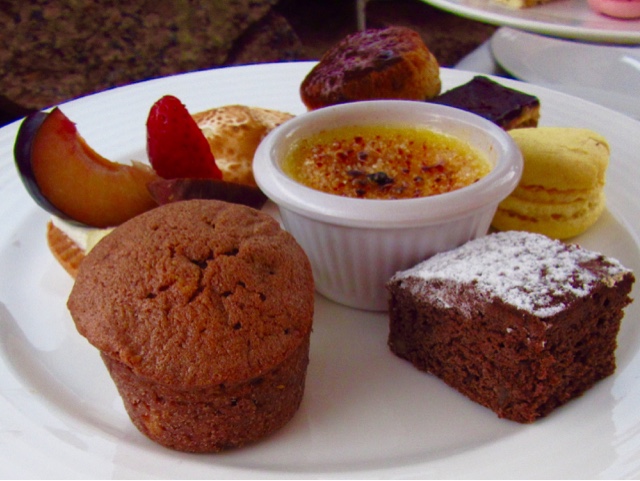 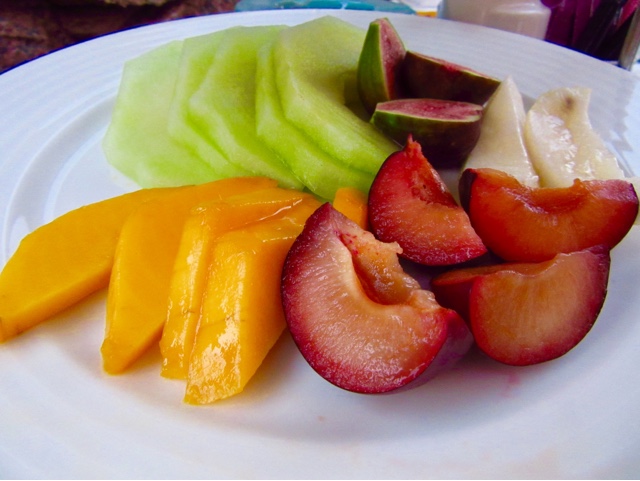 These three plates with tea cost $58!  Living large!
Tomorrow we have our last day in Aswan.  I'm looking forward to the Nubian Museum!
at November 14, 2015