Before we went faluccaing, I visited the Fatima Cemetery where there are mud-brick domed tombs dating back to the 9th century.  They are built on drums and the corners stick out like horns- There are also more modern?? tombs- 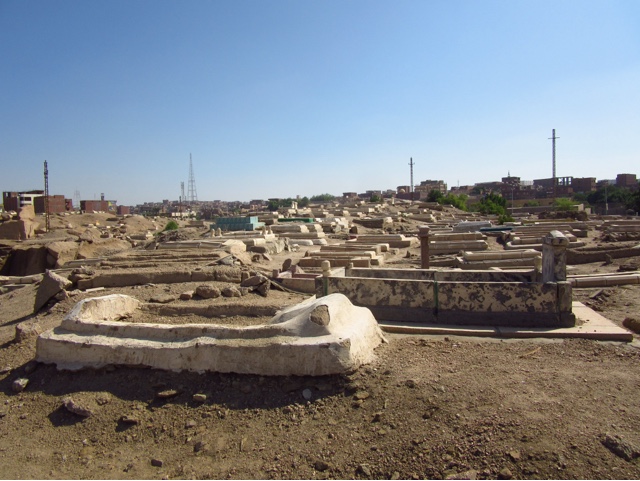 I enjoyed more falafel for a mid-morning snack- 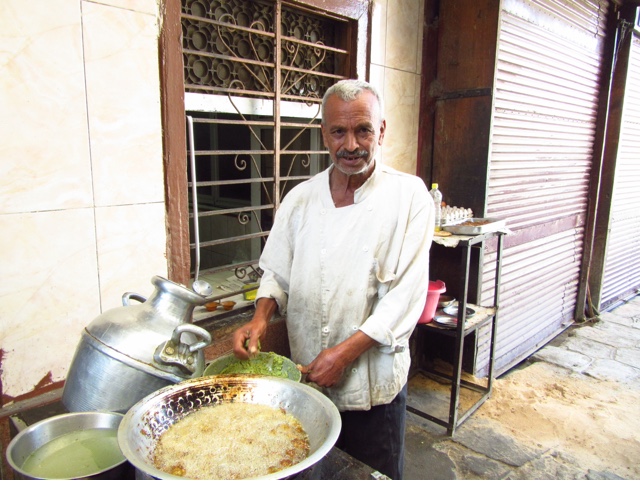 The butcher was busy carving a goat- 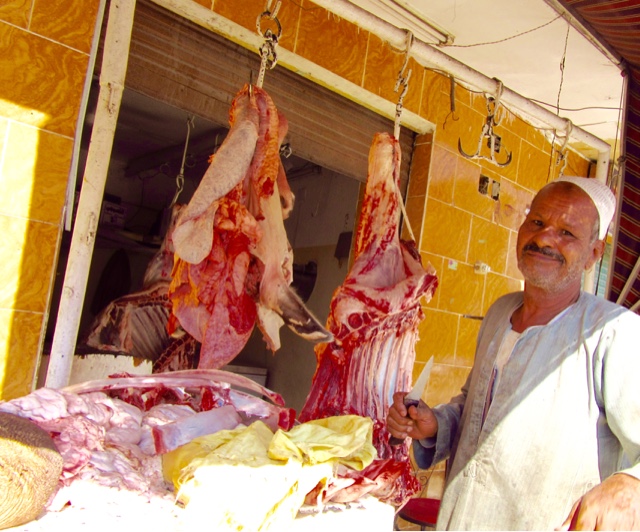 The stomach was surrounded by flies- 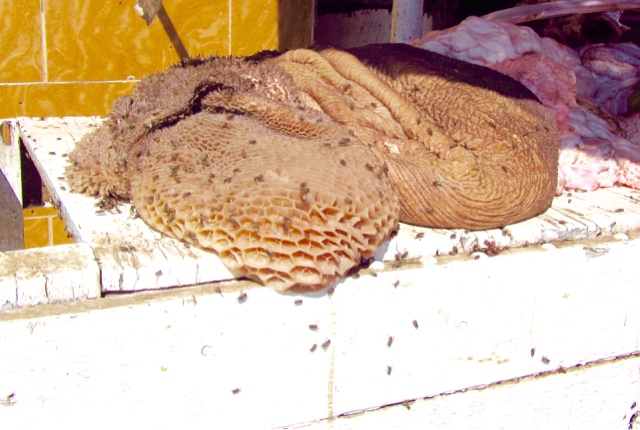 We're spending 2 nights on a felucca- 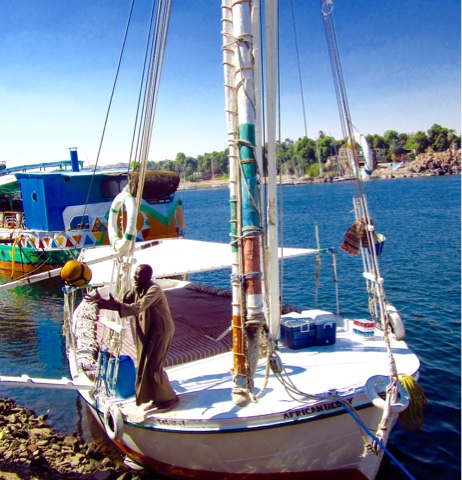 and are well protected from the sun- 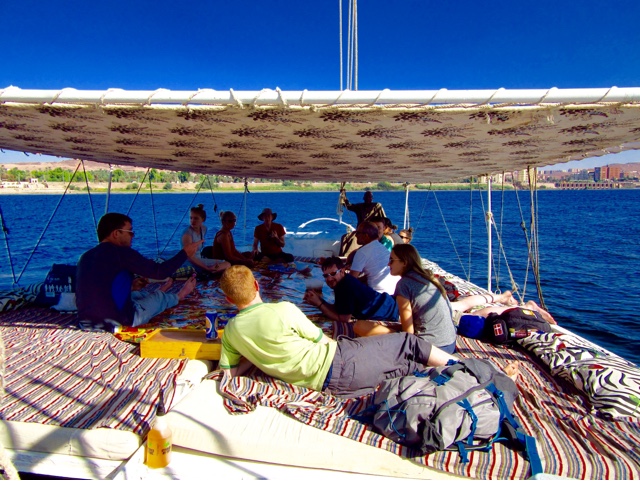 although it isn't that hot.  There's always a nice breeze but because we're going against it, we do a lot of tacking.
Lunch was excellent - tomato, cucumber and yogurt salad, fuul - fava beans, pita bread, grapes, falafel and cabbage, carrot and onion salad- 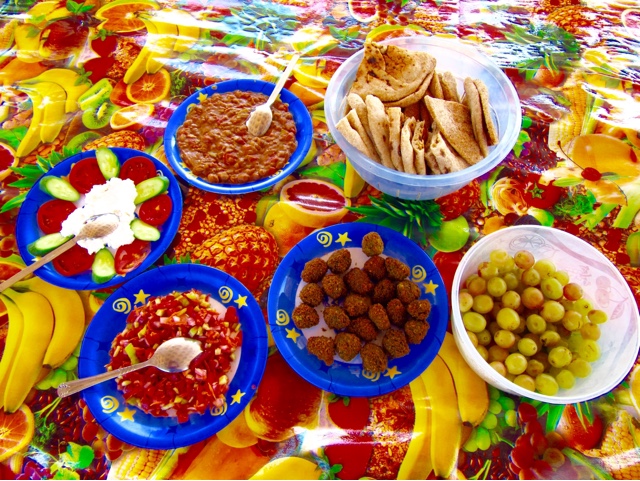 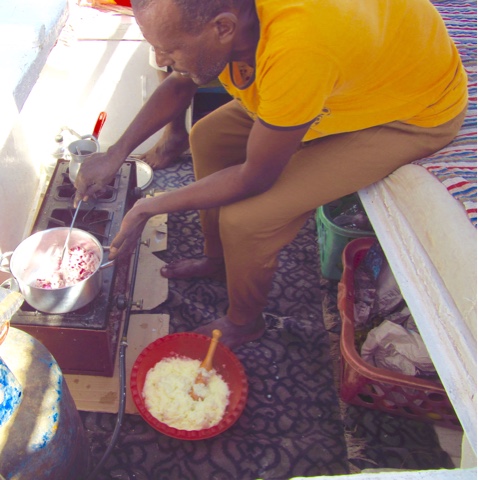 Dishes still have to be washed, even though we're on a boat- 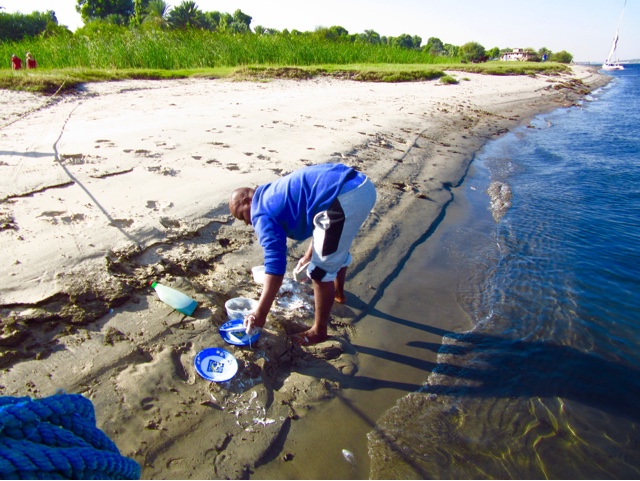 I enjoyed the day reading a good book- 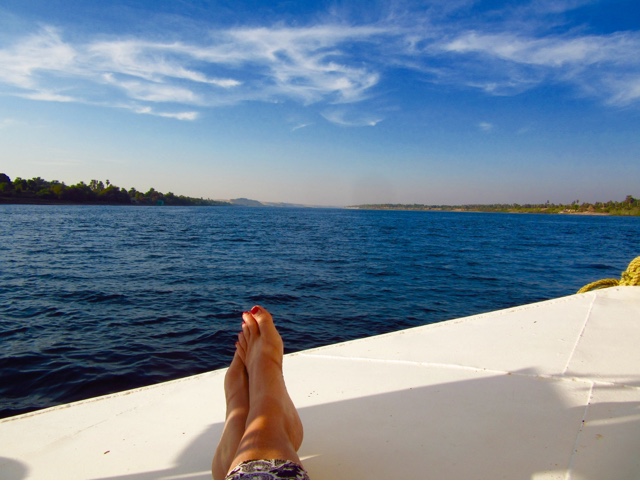 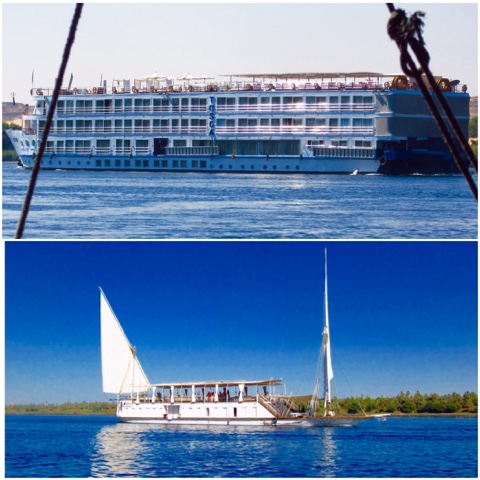 This felucca left shore just ahead of us early this morning- 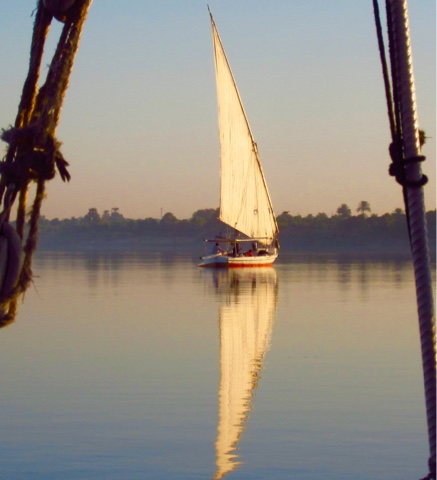 We stopped at the temple of Kom Ombo which is dedicated to two gods - Sobek, the crocodile god and Horus the Elder.  Because it's for two gods, there are two entrances- 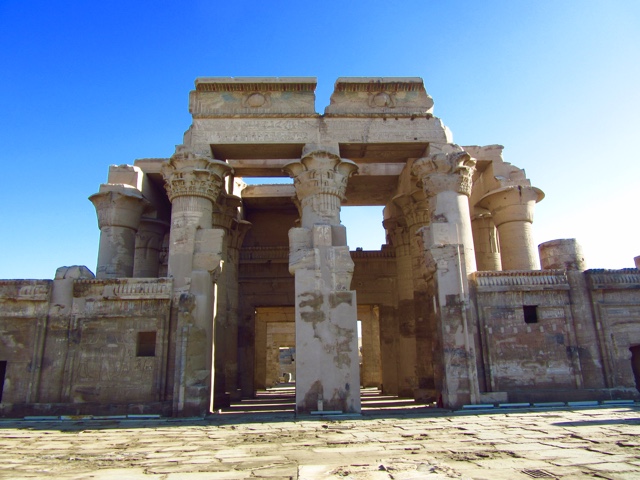 It was originally built by Ptolomy VI Philometor (186-145 BC).  There are 10 columns in the inner and outer hypostyle halls with some nice carvings- 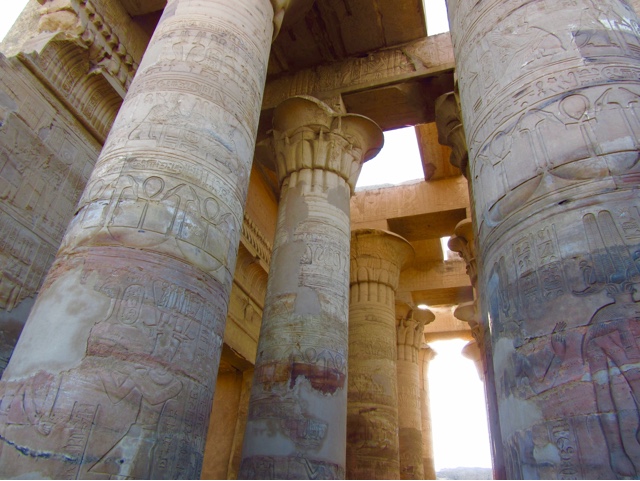 Ptolemy XII is being crowned by the vulture-goddess and the snake goddess with the dual crown of Upper and Lower Egypt, which symbolizes the unification of Egypt- 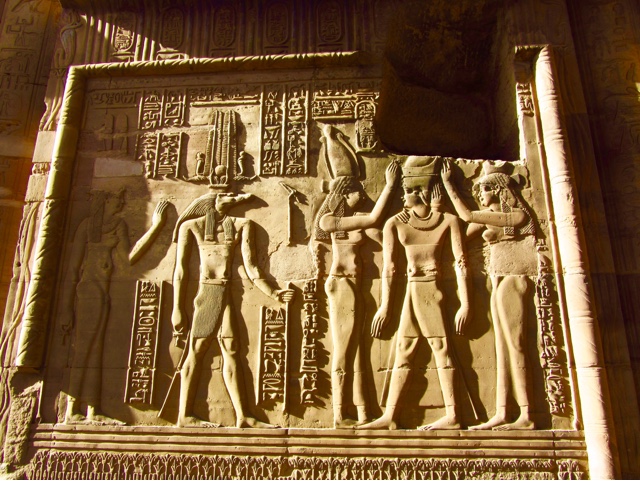 More great carvings with Sobek, the crocodile god in the middle- 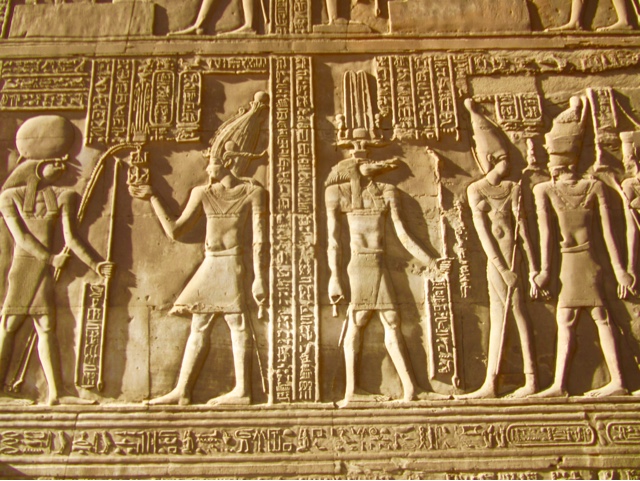 The Crocodile Museum explains the importance of the crocodile to the people at this time.  They were revered and feared because of their nastiness and powerfulness.  People prayed to them for protection, strength and fertility.  They were worshipped from 4000 BC until the 4th century AD.
Mummified eggs and foetuses were given as offerings- 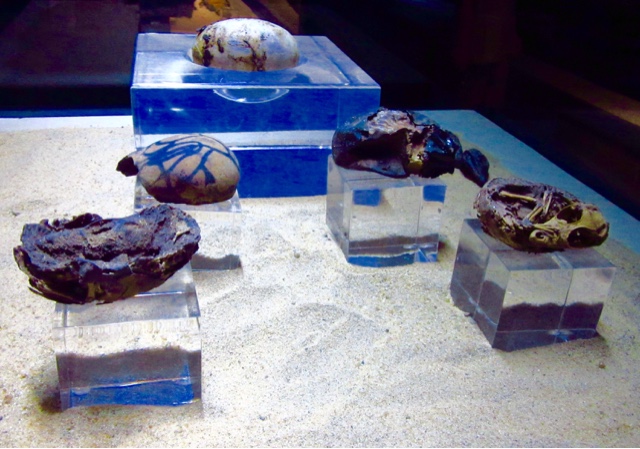 Mummified crocodiles were also given as offerings.  The richer one was, the larger the crocodile they could give.  They were wrapped in linen and sometimes stones or shells were placed in their eye sockets-

Farming in the Nile valley- 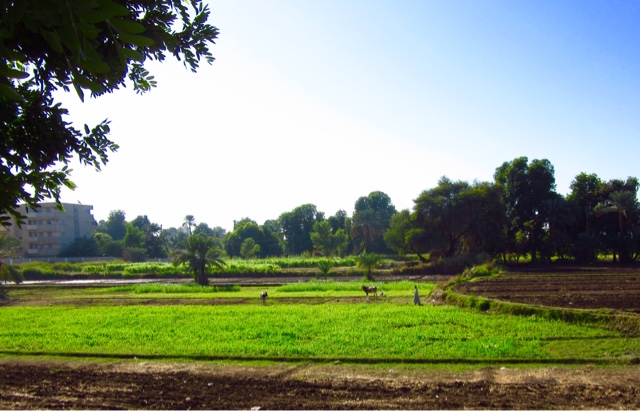 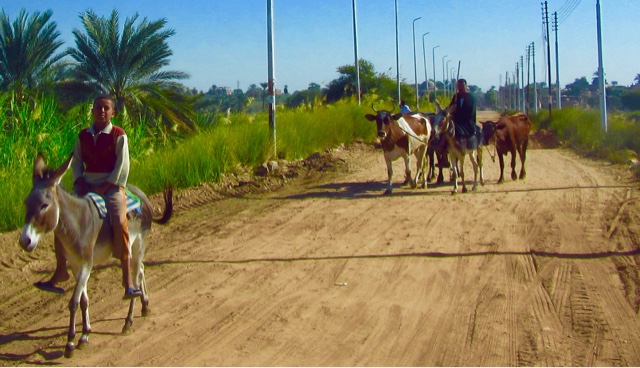 Tomorrow it's off to the High Dam and Lake Nasser and to an unfinished obelisque and the Temple of Isis at Philae.
at November 13, 2015