I had another great night in my cubbyhole but unfortunately had to pack up and move to the Madventure hostel which is outside the walled city.  It's close though, just a 15 minute walk away.  It's not as luxurious as where I was but I don't have to pay so......  Guess who was standing outside when my cab pulled up?  Jan!  It was so good to see him!
My first stop this morning was at the Palace of the Inquisition- 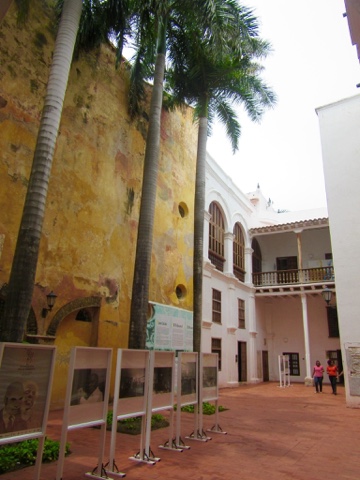 When the Spaniards arrived to colonize the inhabitants of the new world, they expected them to forget their ways and become Catholic. The Court of the Holy Office of the Inquisition was established in 1610.  It was the third such office in the Americas, others being in Lima and Mexico City.  The court investigated 900 people during the 200 years it operated.  Prisoners were tortured and/or lashed.  5 were burned at the stake.  People practicing shamanism, witchcraft, herbalists, Protestants, Jews and those who read forbidden books were all accused of heresy.
This apparatus was worn around the neck like a collar- 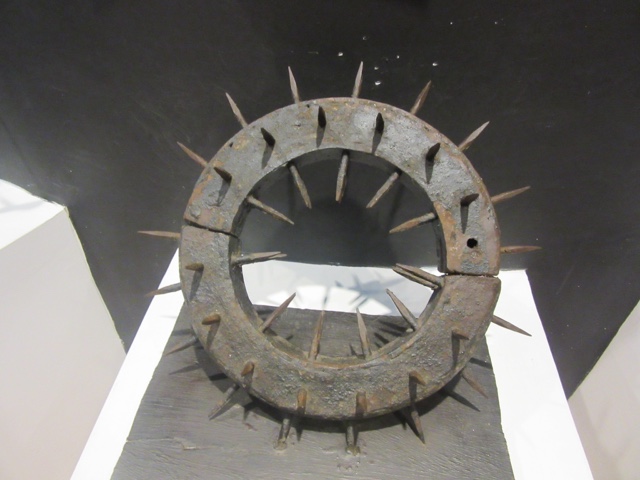 I wonder how long one could hold this position- 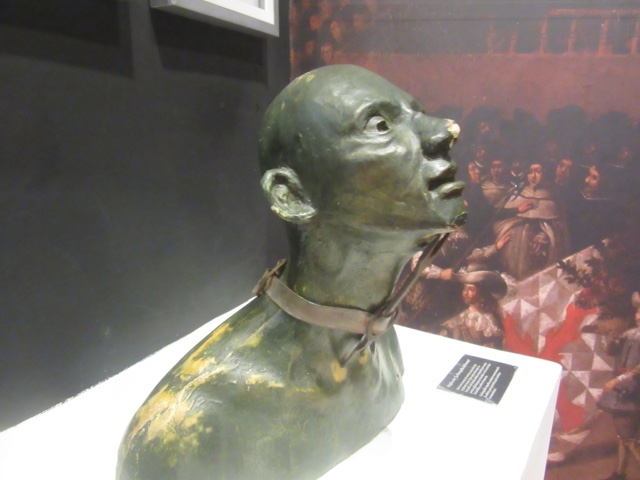 I thought the museum was a rip off although the workers explained it is under renovation so apparently a lot of artifacts are in storage.
The third floor explained the history of Cartagena de Indias, originally called Kalamari, with a model of the early city- 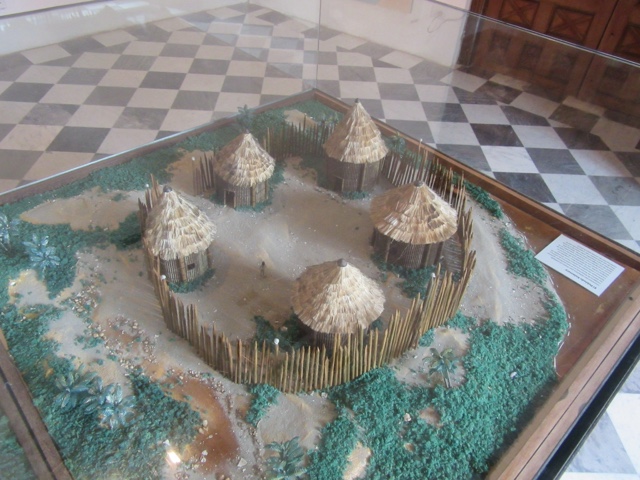 Once the Spaniards came, lots changed- 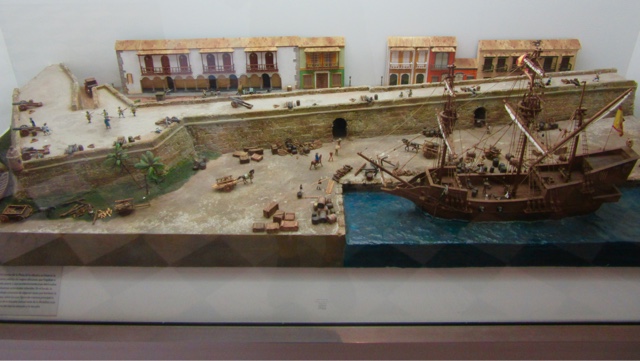 The wall went up and Colonial buildings were constructed.
It was a pretty boring couple of hours, even with an audio player.
My next stop was to the Joyeria Caraibe and Emerald Museum.  Colombia has the finest emeralds in the world.  This is what it looks like in the ground - surrounded by quartz.  I'd love to find a rock like this! 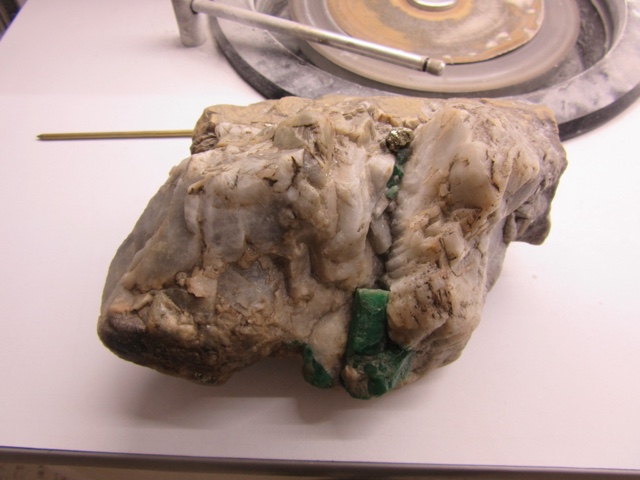 They make all kinds of jewellery at the factory- 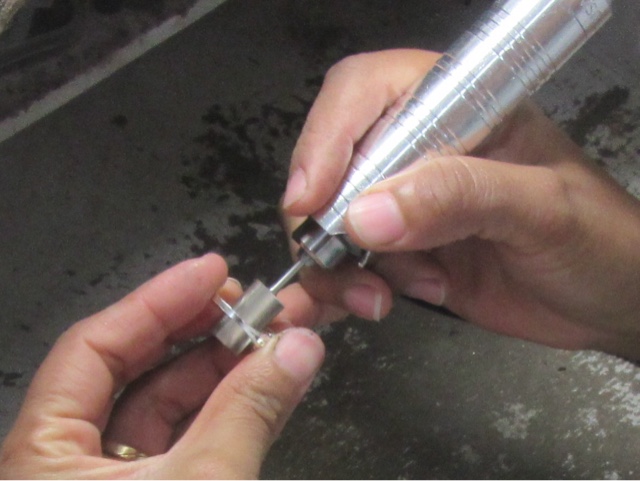 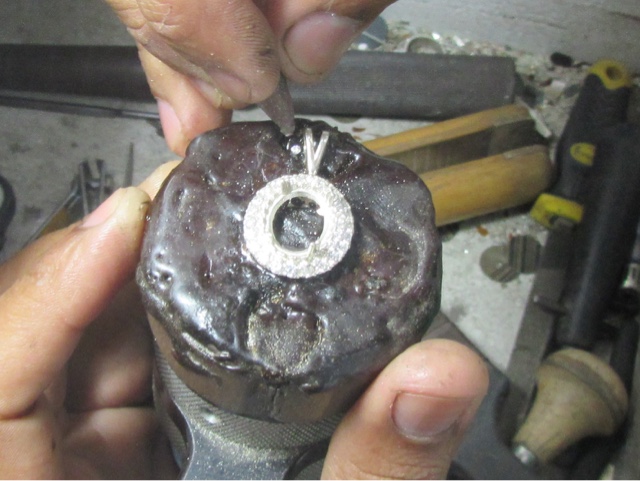 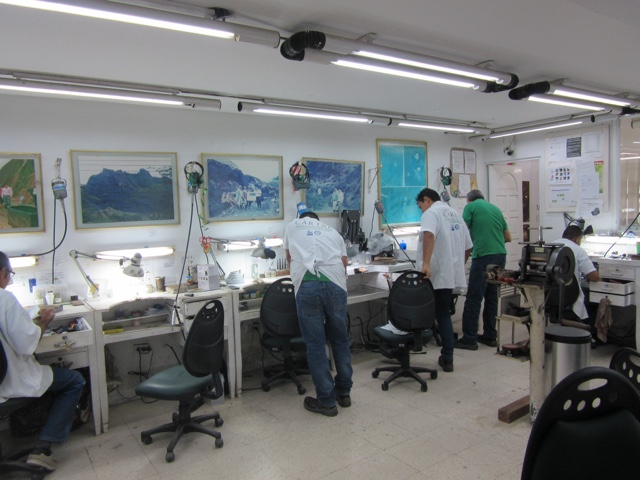 The darker the emerald, the better the quality- 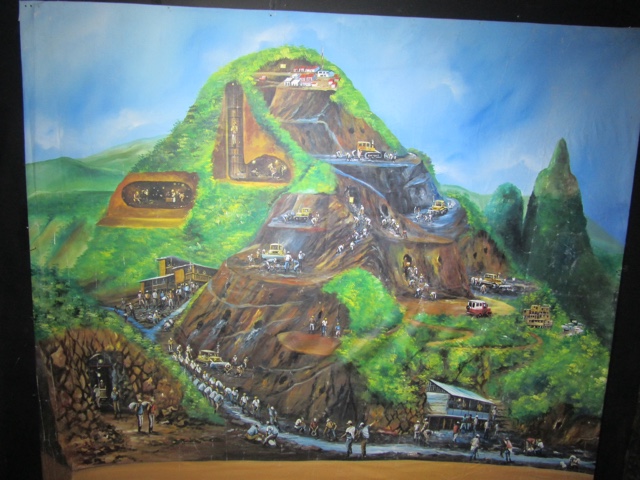 either on the surface or down a shaft- 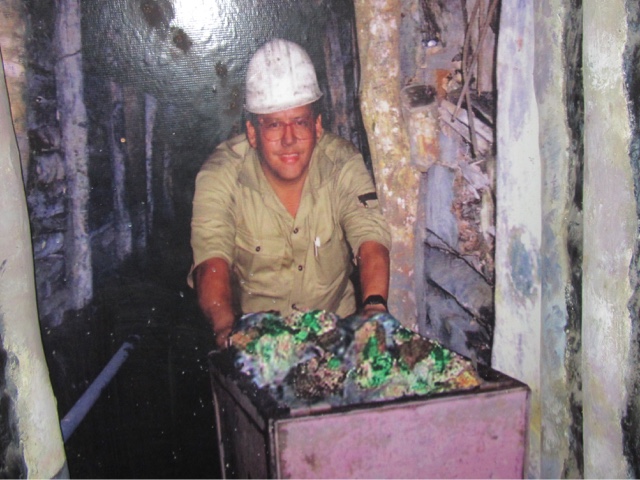 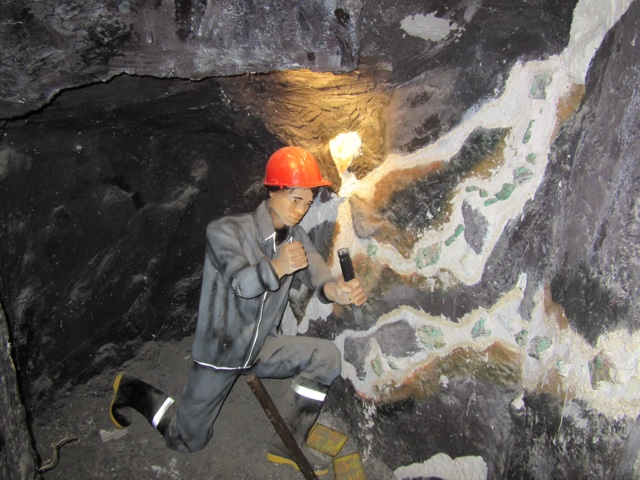 Unfortunately I didn't find anything I loved at the factory.  I was hoping I would and that the price would have been reasonable.  I've been ring shopping the last couple of days and have a couple picked out but am hesitating - yes they are beautiful but I don't really need another ring and I could use that money in so many different ways.  I'll see how I'm thinking tomorrow.
Not sure what one is supposed to do if they have to do more than pee in this toilet at a restaurant- 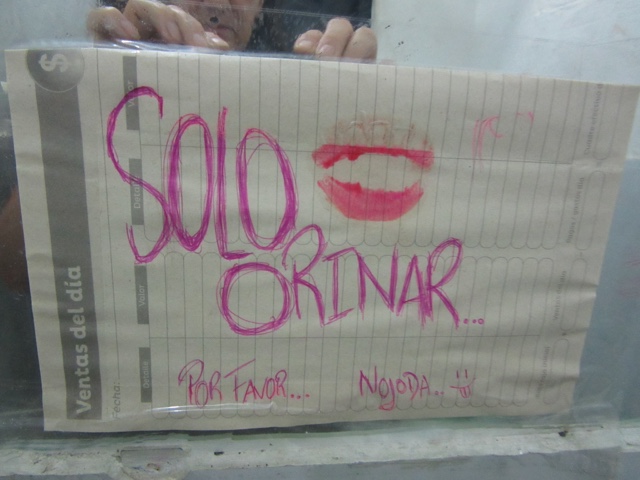 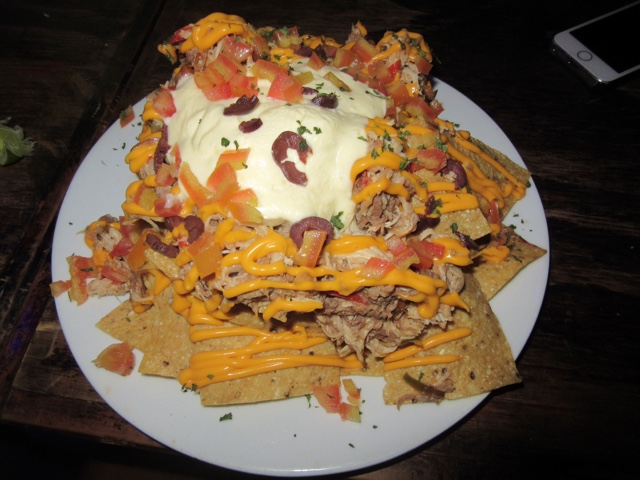 Looking forward to meeting my fellow travellers and visiting the castle tomorrow.  I'm also hoping for a bright blue sky to get some better pictures of this beautiful walled city!
at October 06, 2017