We left Medellin for Salento bright and early.  The views along the way were exceptional- 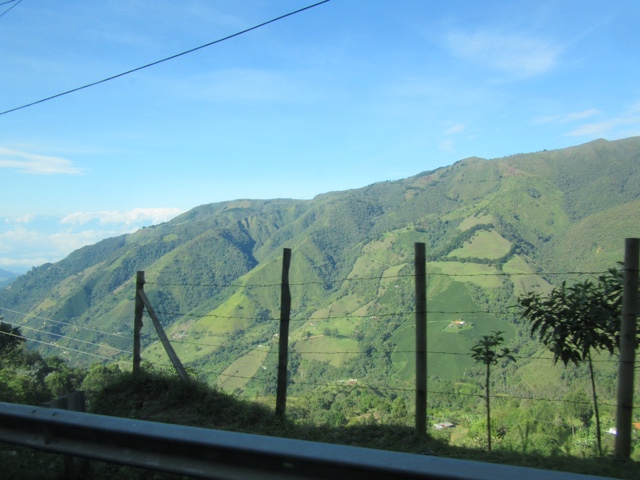 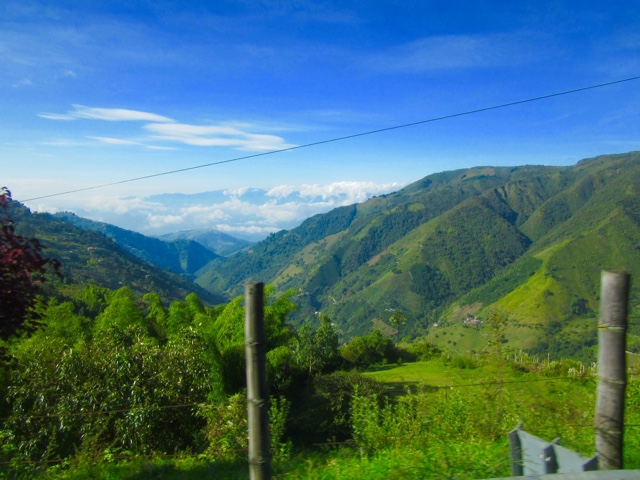 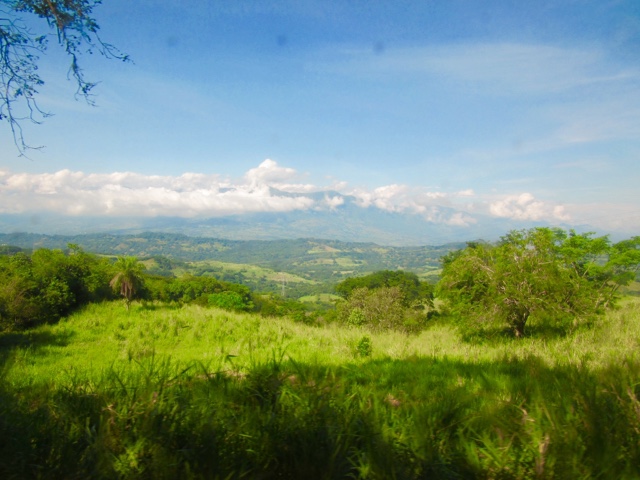 At some points we were driving along the top of the mountain so it was valley on either side.  The pueblos hung on the edges!
The view from our hostel is great- 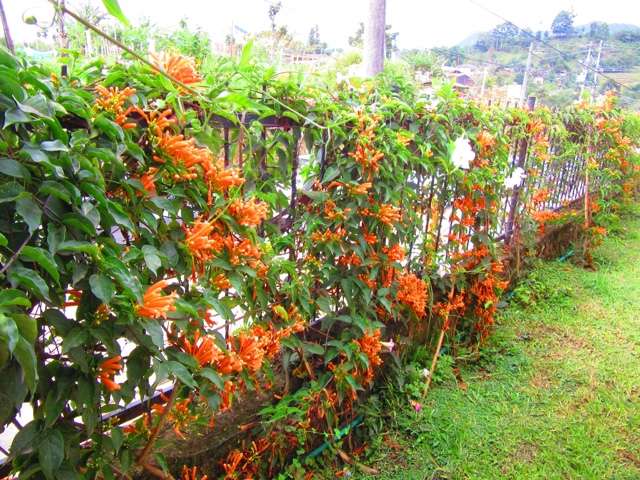 I didn't see any hummingbirds though.
Thursday was a national holiday which they moved to Monday so it's a long weekend.  Doesn't really make sense to me either but whatever.  Salento is a tourist town so it was ready for this mob. The main square is surrounded by restaurants-

From the ones I checked out, trout is the big seller.  If I had the stomach for it, I'd have tried the trout smothered in a cream, garlic, shrimp, mushroom and cheese sauce.  It looked awesome.  Instead I had trout soup which was perfect.  The orange juice and cilantro really added to the flavor- 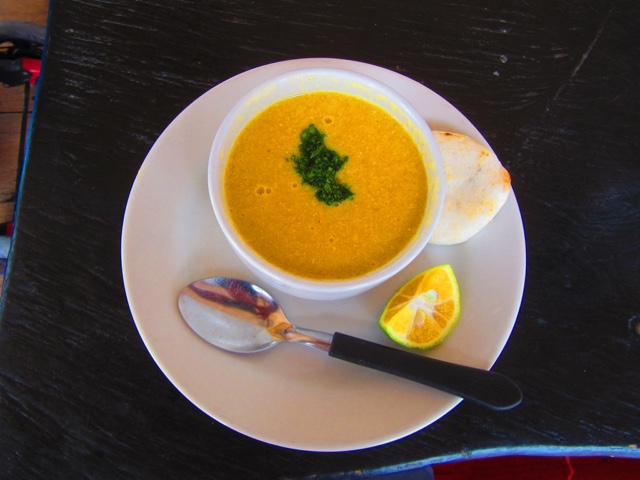 Later I finally found my favorite - pollo asado.  This time it was served with a large boiled potato that was very salty, a good salty though.  When Carlos was my roommate, this was how he boiled potatoes too: only cut in half so big chunks.  I told him that if he cut them in small pieces they'd be ready a lot sooner.  He stared at me as if to say - really?  This is how it's done in the south I guess- 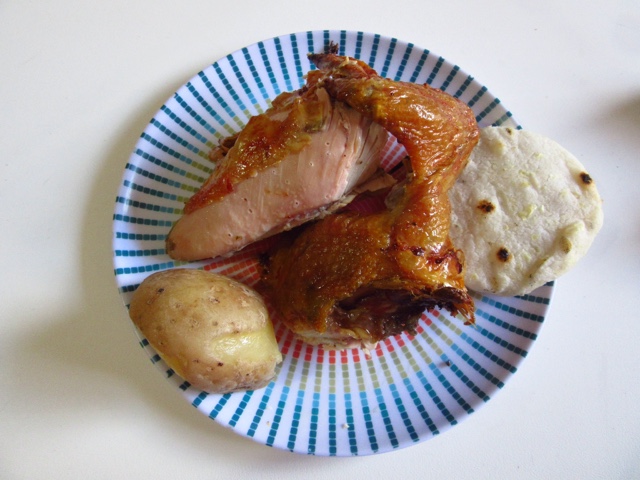 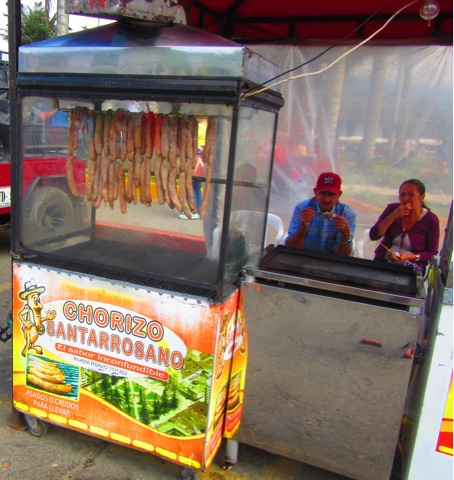 The church is also in the main square.  The outside is the most impressive- 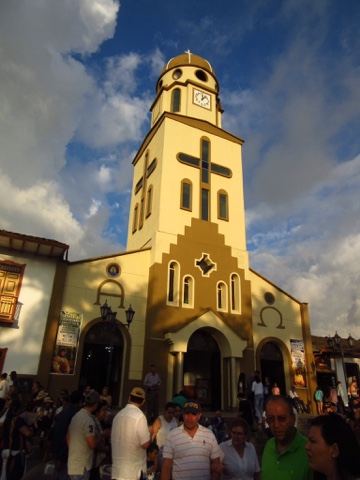 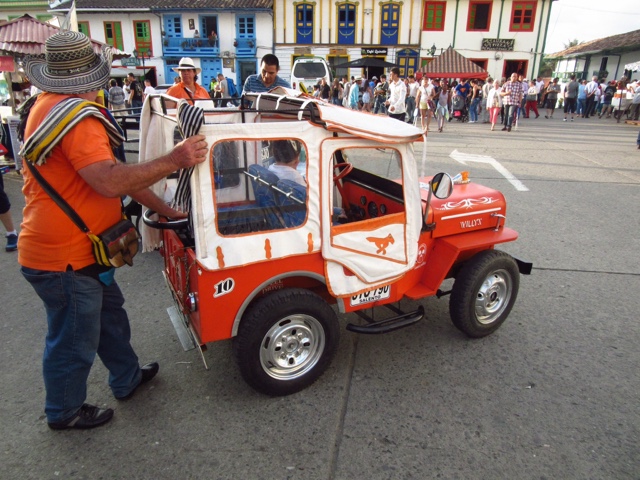 Or on a horse, a fake horse that is- 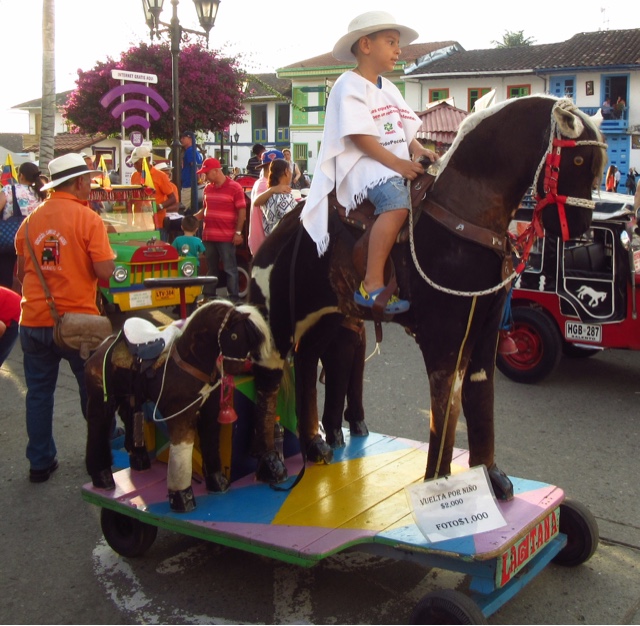 The main side street- 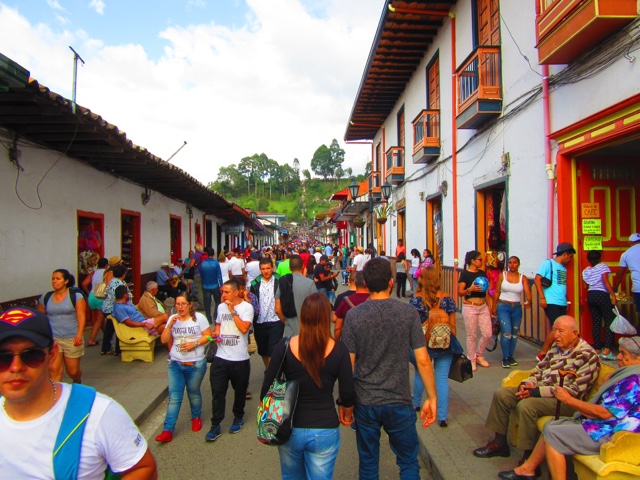 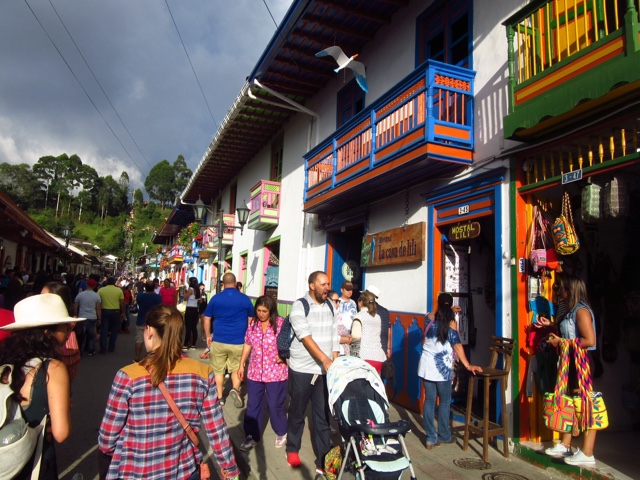 leads up a hill to the mirador.  The trim on the buildings is so brightly painted.  I didn't dare attempt the climb with my cold.  Doing one flight of stairs makes me break out in a sweat and I need to rest!
All along the street are shops and restaurants.  I bought some new coffee, only by smell, so I hope it's better than what I've got.  All kinds of handcrafts, jewelery, clothing, pottery, knick knack junky souvenir stuff.... It's all here.
Musicians also play.  These two were excellent- 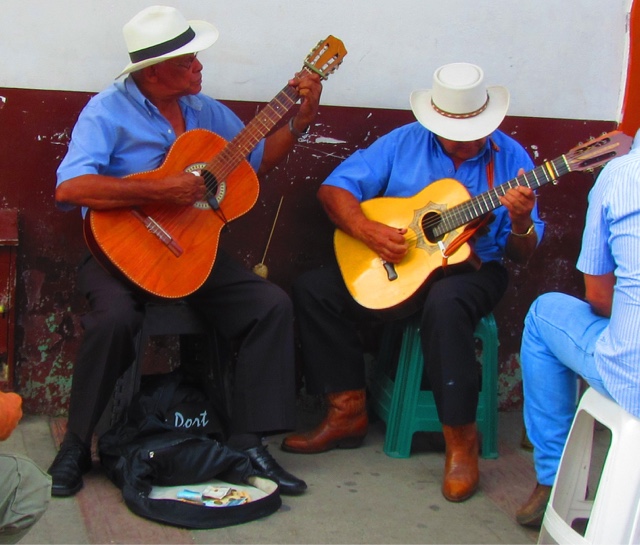 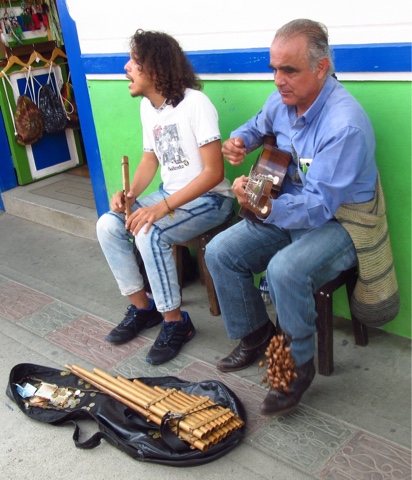 The man on the left is blind.  Notice the rhythmic instrument on the guitarist's ankle.  No one knows what it's called because it's Peruvian.
Target practice- 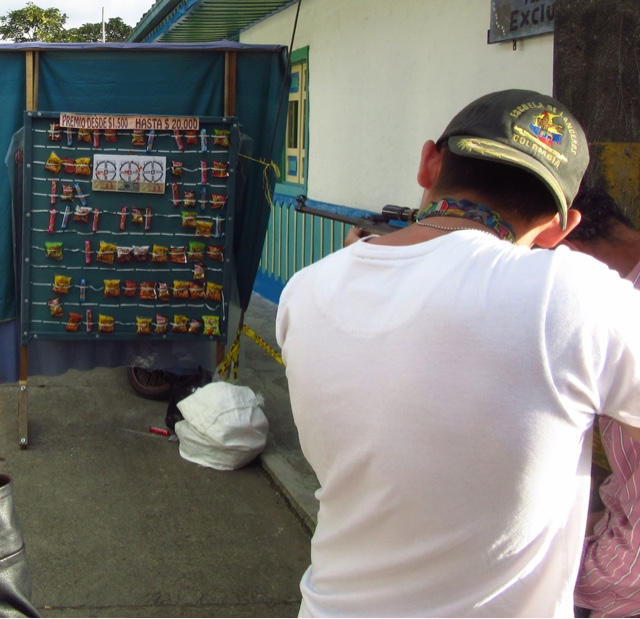 It was only a pellet gun!
Walking back down the street seemed even more crowded- 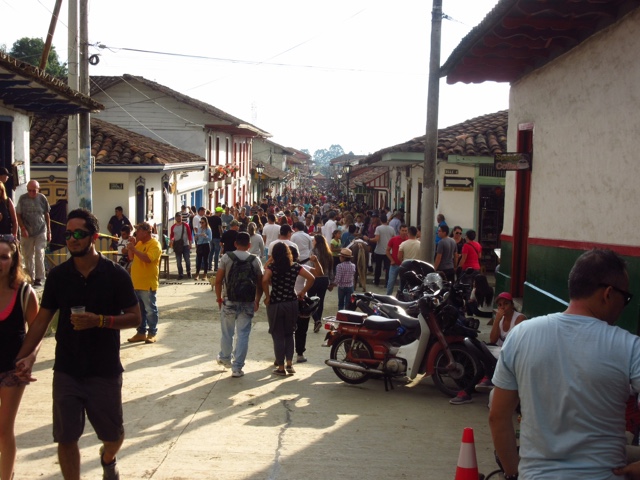 It's a lovely little town and we're in a great hostel for 2 maybe 3 nights, depending on the truck.  Rather than sleep on a top bunk I've moved my mattress onto the floor.  There wasn't any kind of railing and it is over 5 feet off the floor.  The bed's only 36 inches wide and I could imagine falling again or rolling right off.  I won't let that happen.
Tomorrow there are some great walking trails but I don't think I can handle it yet.  Maybe a day relaxing in the sun will help???
The best for last! 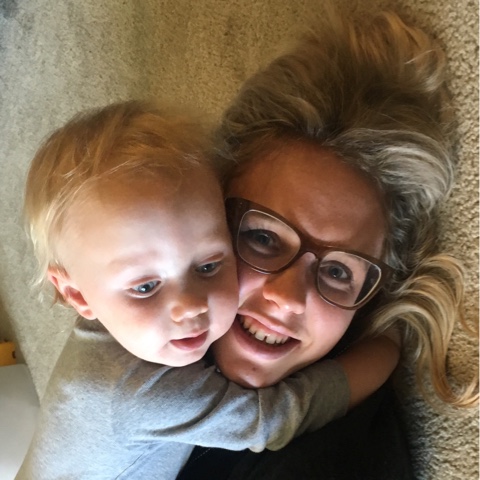