Some of us visited the tourist town of Gautapé.  It's on an artificial lake called Embalse Guatapé.  It took 2.5 hours by public transport to get there.  The countryside was very lush and beautiful with many different kinds of plants.  It doesn't appear to be a poor area- 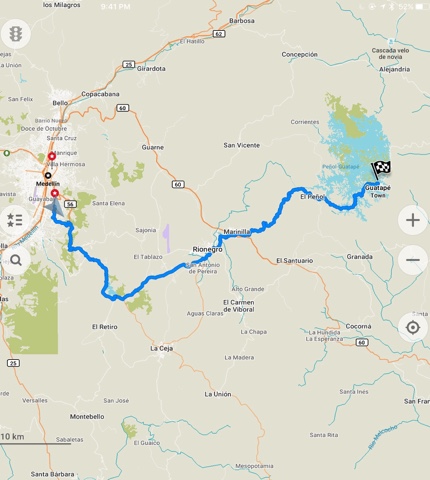 Besides the lake, Guatapé is known for the frescoe like adornments on the bottom few feet of its buildings- 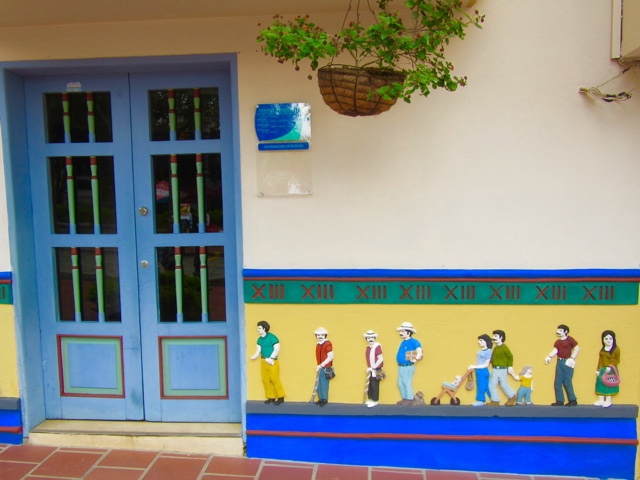 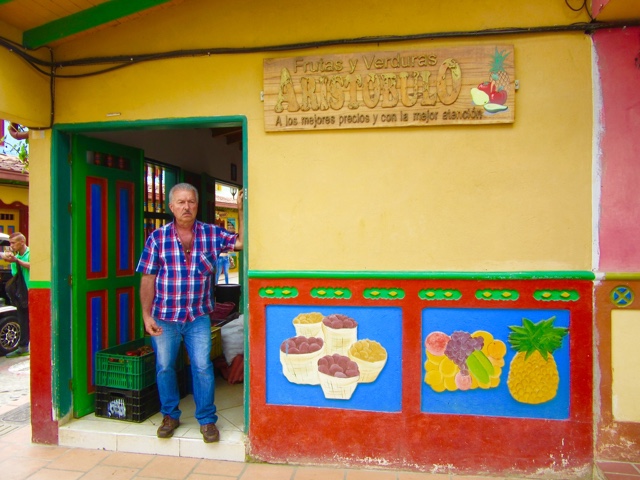 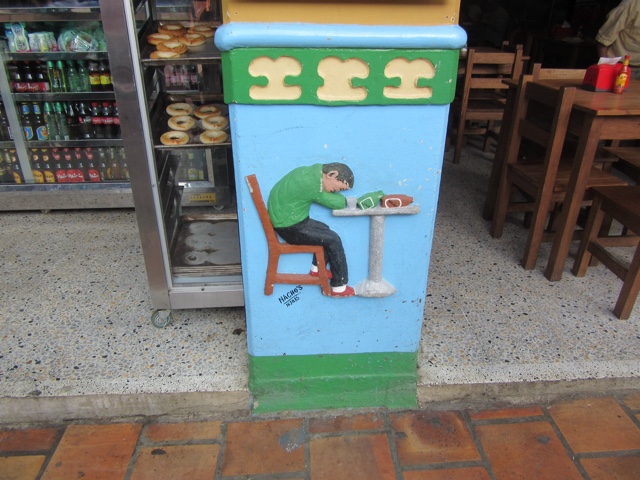 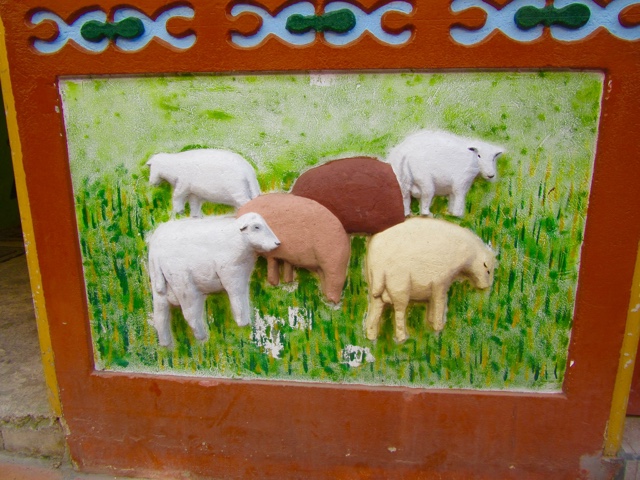 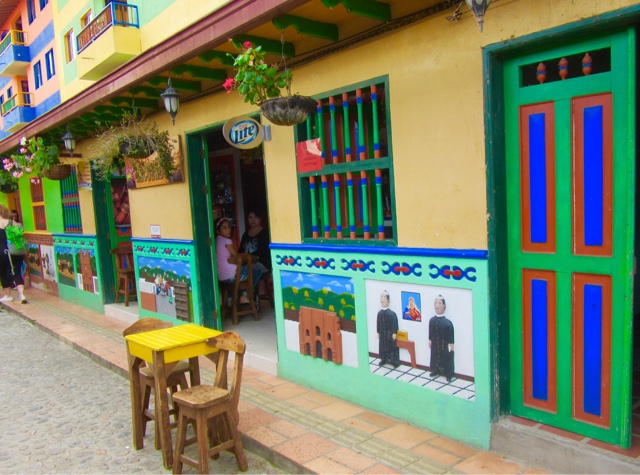 City Hall is in the main square.  I had lunch in the square: the worst salad imaginable- shredded cabbage, carrots and onions, some avocado chunks and a whole bunch of pickled mushrooms.  Then, it was surrounded by banana slices.  Yuck!  It was sweet and sour and the textures didn't work. 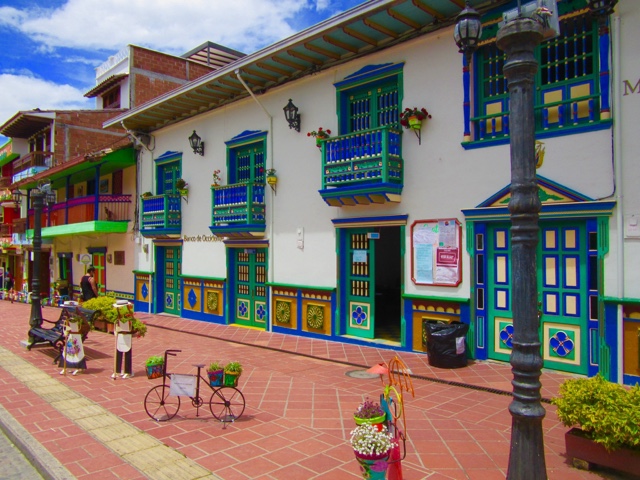 Also in the square is Iglesia Del Calma.  It has a Greco-Roman exterior and was built in 1811 as a form of penance by a man who supposedly killed an orange thief- 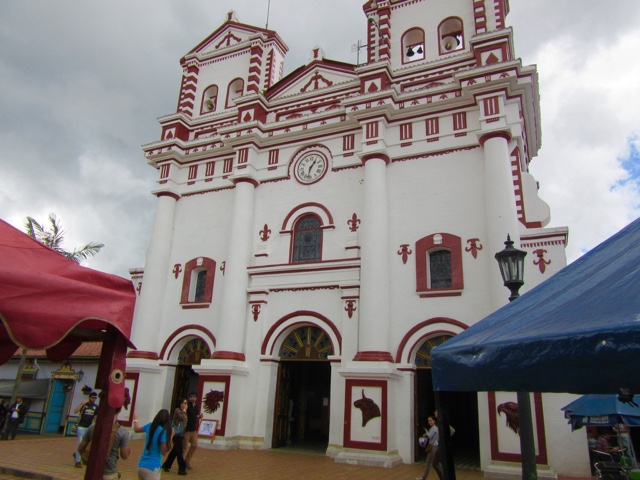 All of the inside is wood- 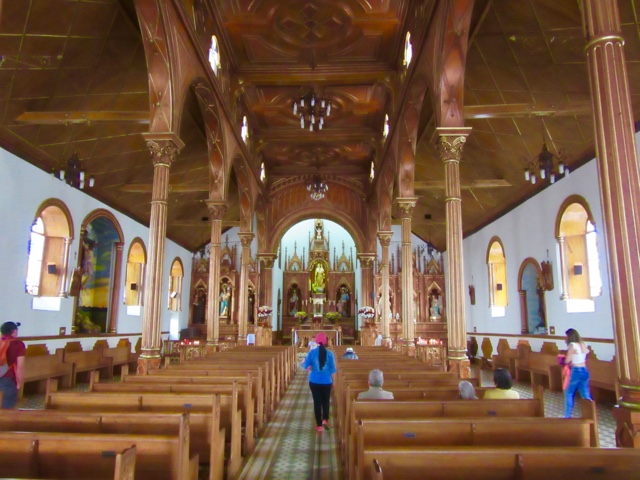 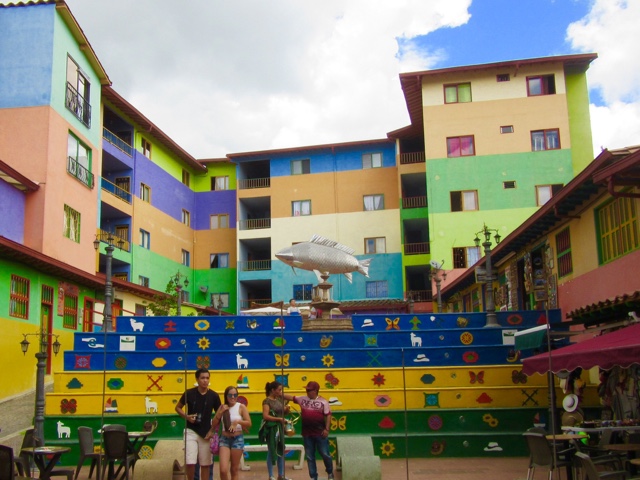 The lake is beautiful and there are many nice homes, hotels and restaurants around it- 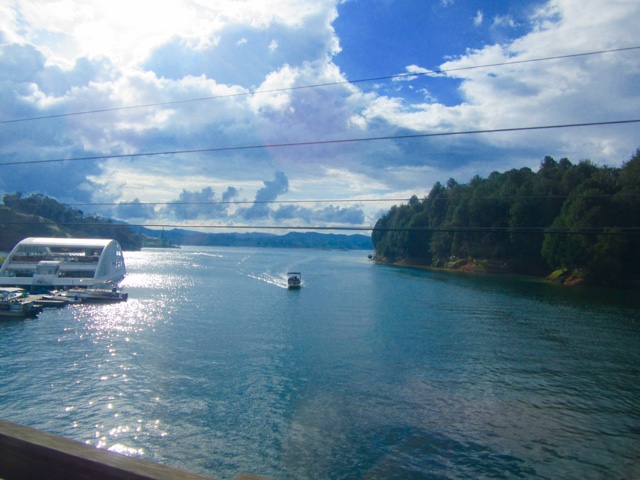 I think the main reason to go is to climb La Piedra.  It takes 659 steps to get to the top of the 200 meter monolith.  I was feeling way to shitty to even attempt it but those who did said the views were awesome- 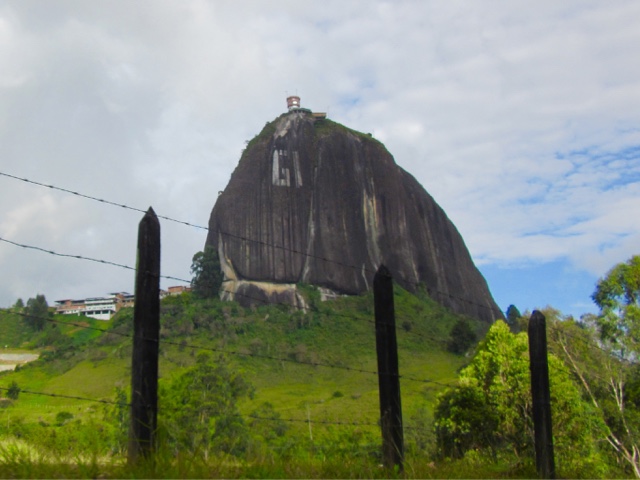 The view from our metro station:  Terraced fields - so pretty- 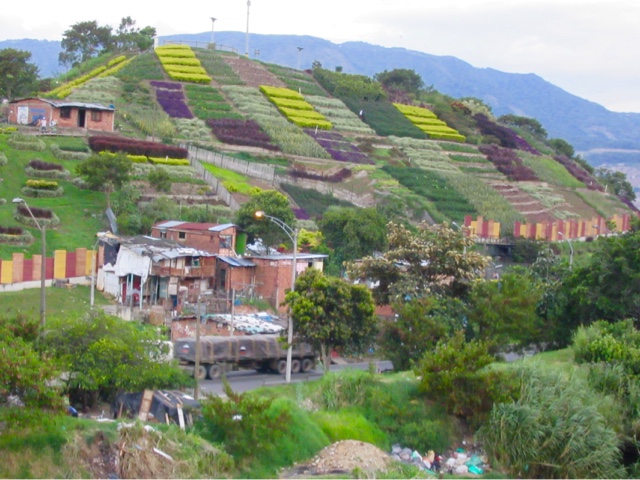 The river below, not so nice! 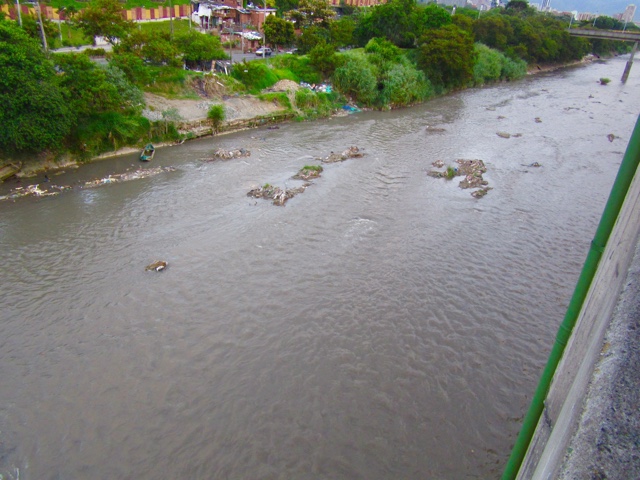 Tomorrow we're leaving at 7 am for Salento- coffee country!  The truck was released today from customs in Cartagena so we'll be seeing it soon.  Looking forward to it!
at October 14, 2017