I had a better sleep with much less coughing.  None of my roommates heard me!  Unless they're lying to make me feel good??
This morning at 9, we took a 25 minute Jeep ride to the Valle Del Cocora- 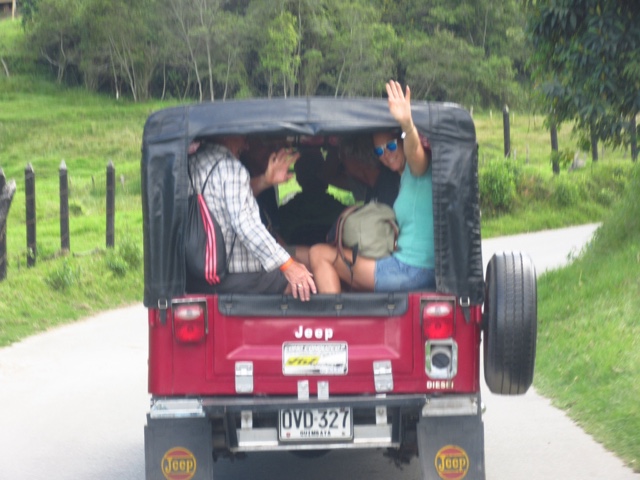 to go for a hike- 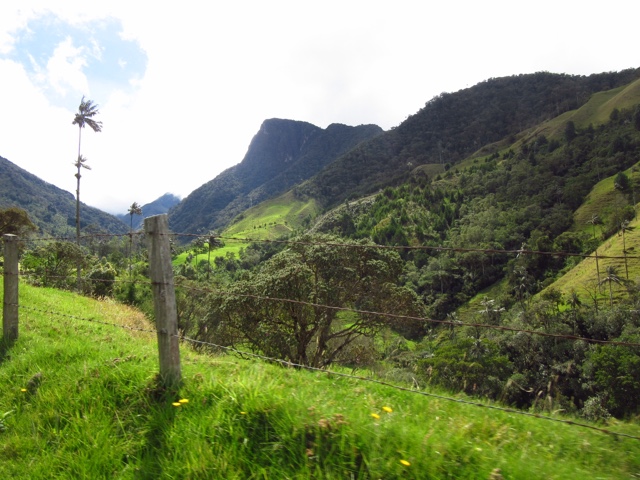 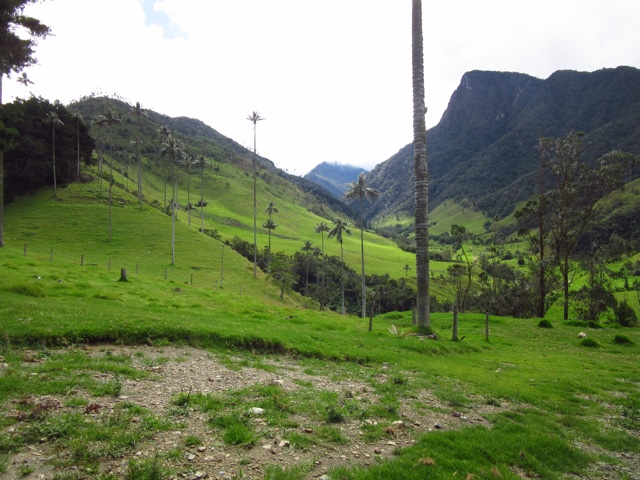 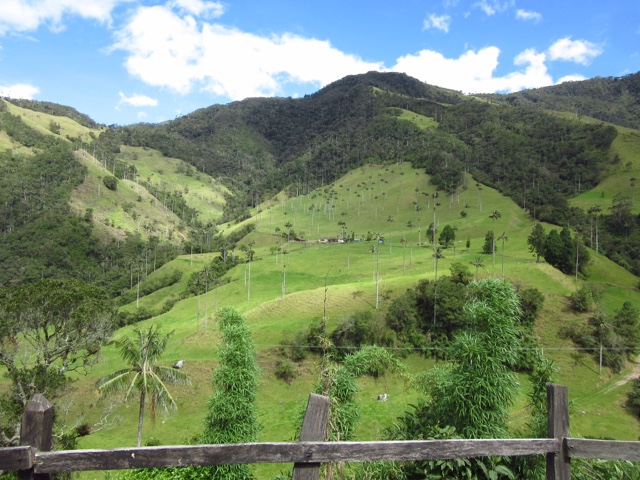 We're not the only overland truck in South America.  Dragoman is also here.  We'll probably be shadowing numerous trucks along the way- 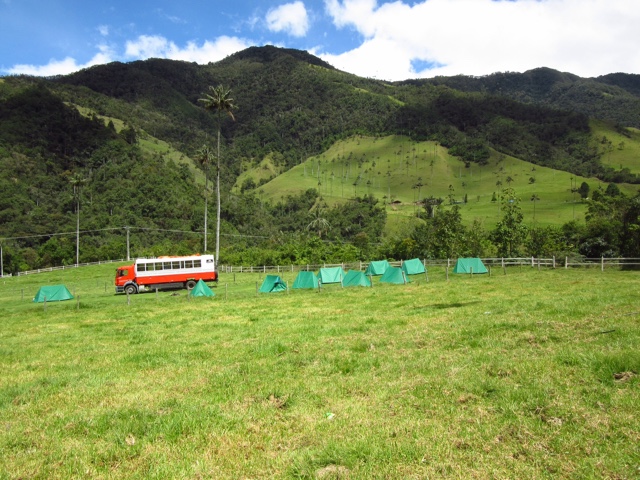 The road I walked on- 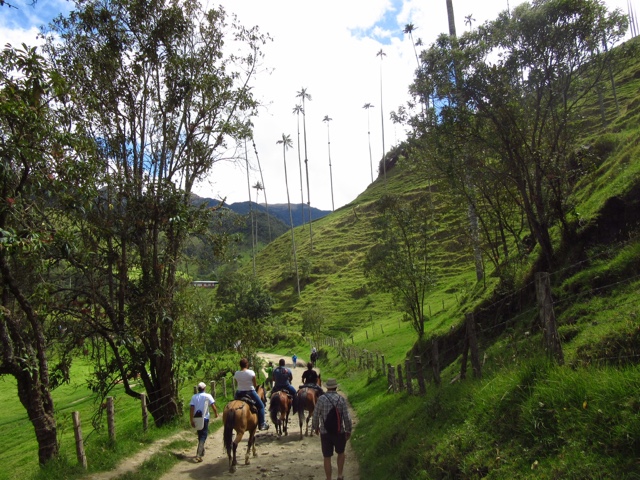 was rocky, muddy and shared by horses.  You can see the giant palms in the distance.
More giant palms- 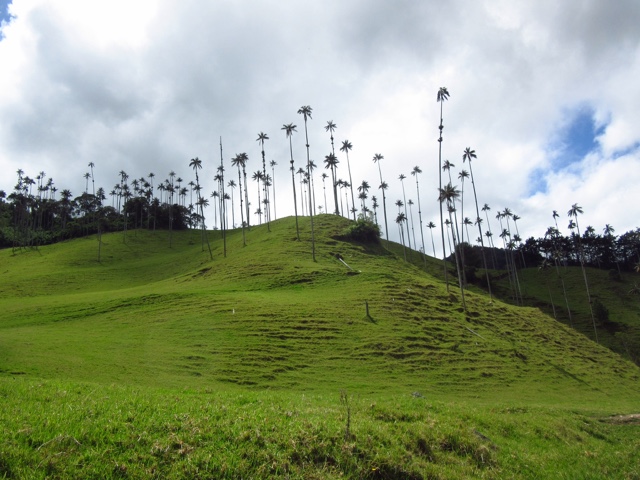 I couldn't walk too far, just to the bridge- 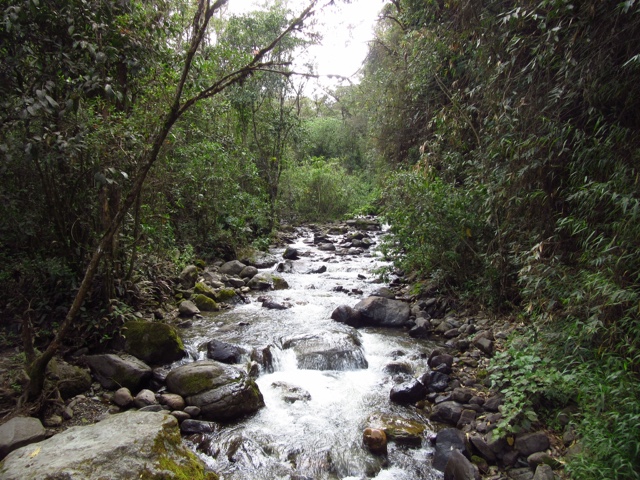 Then after a couple hours, I went back to Salento where I had ceviche for lunch - only average.  There were lots of shrimp but they were really tough!  Dessert was a coconut ball.  The outside was great but the inside was dry.  It was cut in half and spread with jam, then rolled in coconut.  It was probably made yesterday.- 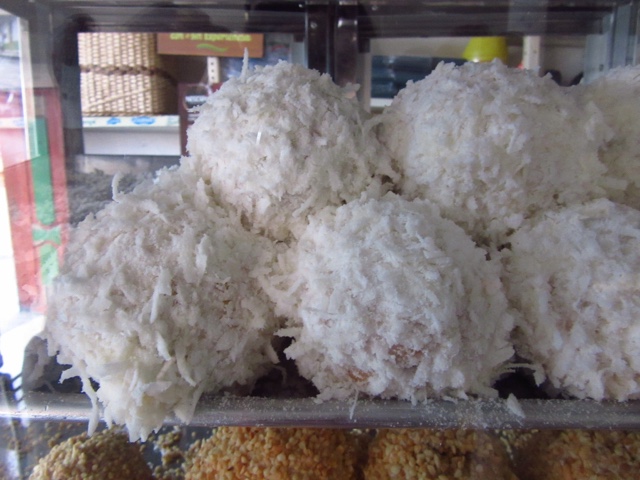 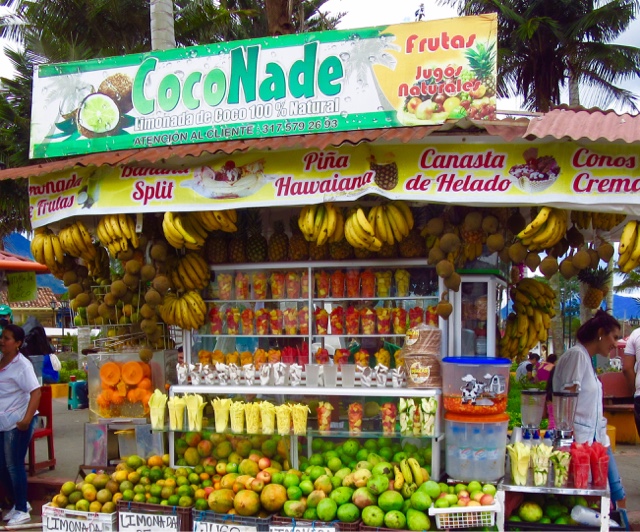 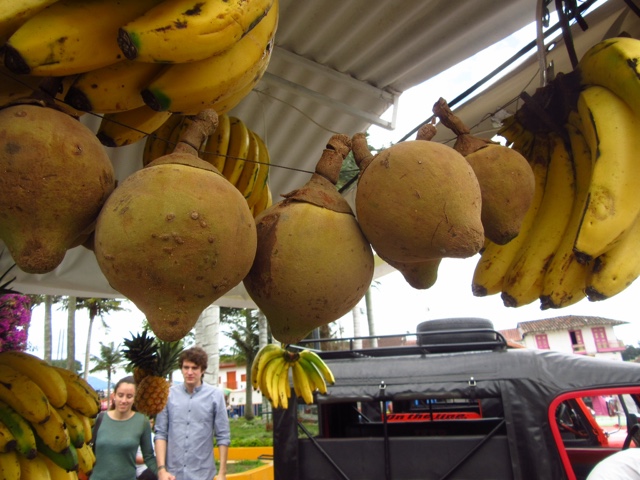 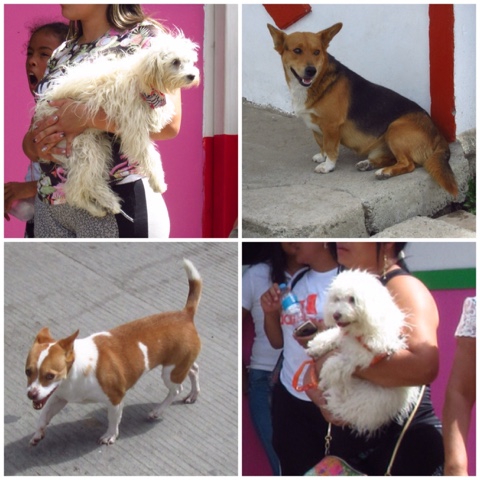 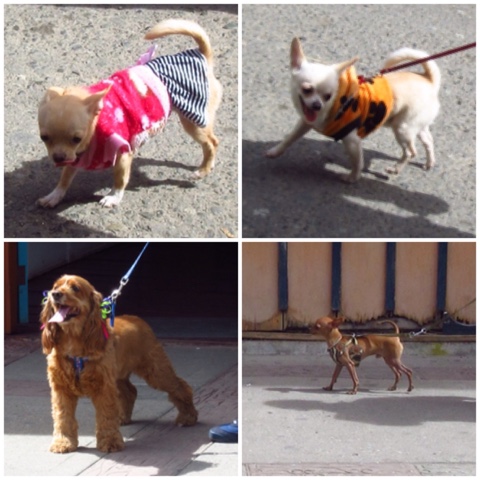 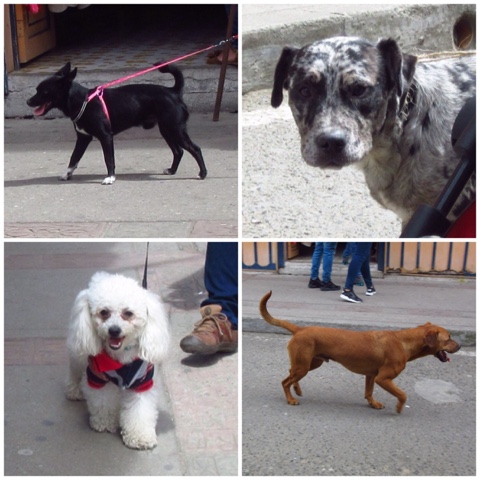 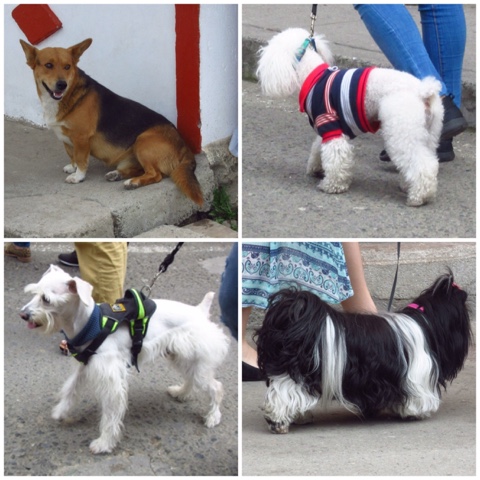 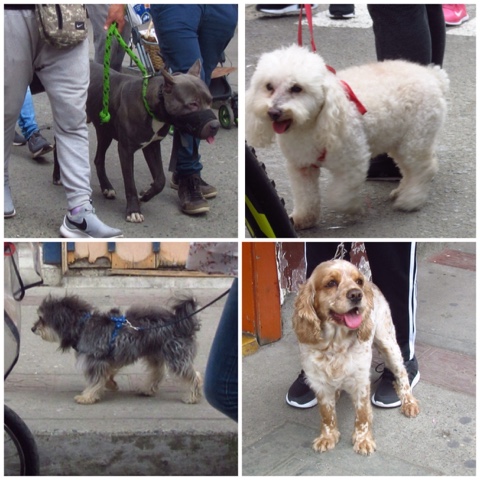 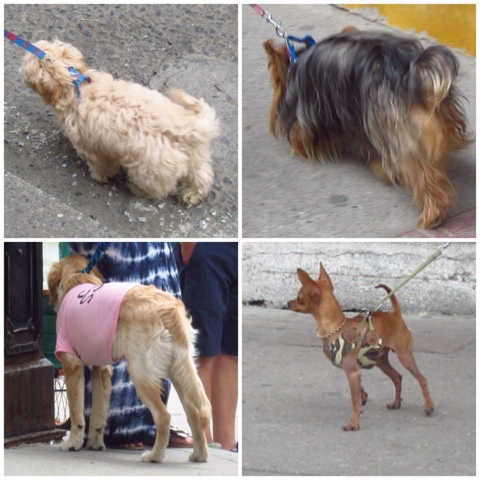 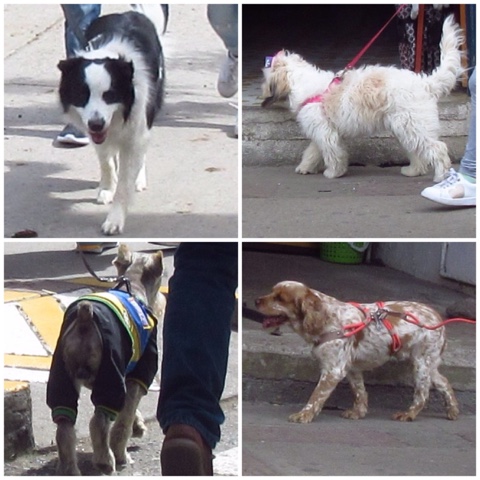 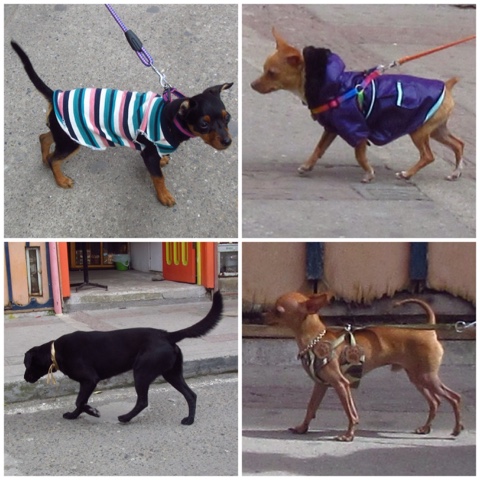 I don't know all the breeds but they were all different!  I think I messed up and used a couple twice but I didn't know how to go back into the program and change it!  Technology!  I saw all of these dogs in 1h15 minutes!
The crowds were starting to thin as people head home.  Tomorrow should be a nice quiet day!  The truck has arrived but for some reason we'll be staying another night and leaving Wednesday.  Looking forward to getting on the road!
at October 16, 2017