The airport is 40 km from Quito and at 6 am, there isn't much traffic.  Something was going on just down the street from the hostel so the police had it blocked off and about 20 cops were standing around.  This meant I couldn't get a cab right in front of the hostel but had to walk a few blocks to the main road.  My backpack is too heavy for that!
I was at the airport plenty early, and after paying a $20 Galapagos fee, checking in, having breakfast and finally boarding, I was on my way.

Quito is built on the floor of the valley and goes on for miles and miles.  The streets either go up or down, so I was doing a lot of huffing and puffing while walking.  I miss the flat from home- 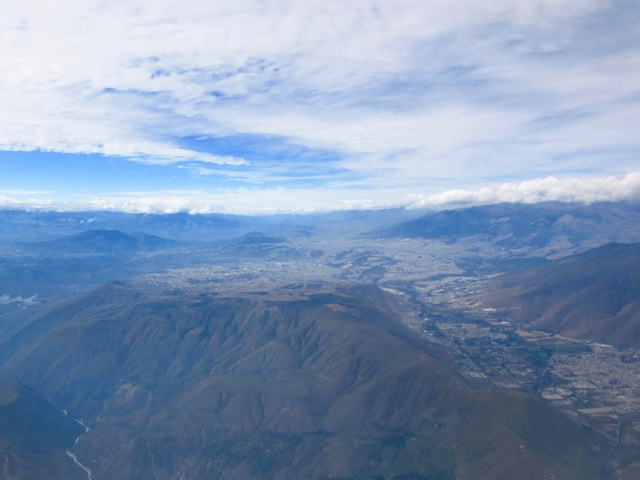 My first view of the Galapagos.  Am I on the moon? 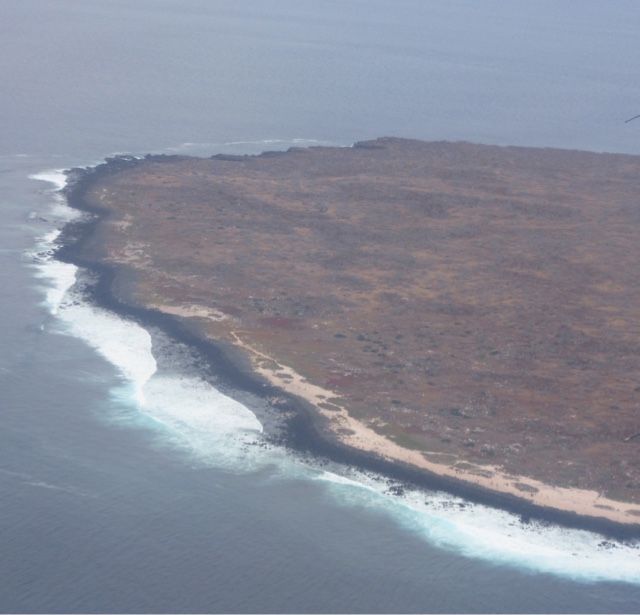 After landing and paying the $100 entrance fee, I found my name on a sign, met Edgar my guide for the next 8 days and we were on a bus heading for the port- 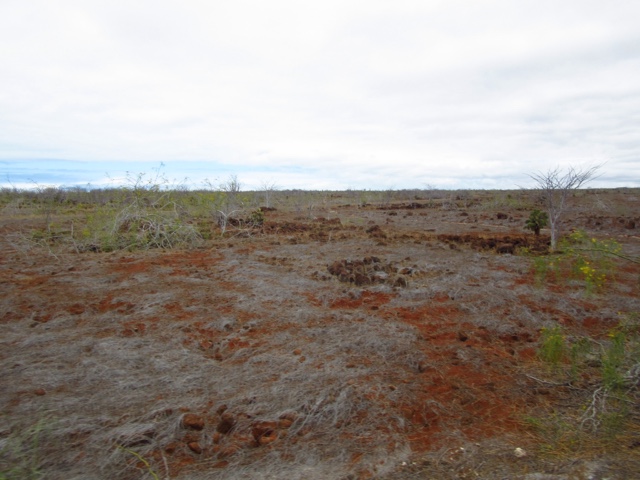 I met the other two guests: Martin and Veronika from Slovakia and soon we were in a dinghy going to the Floreana.  The cook must have been feeding these frigates- 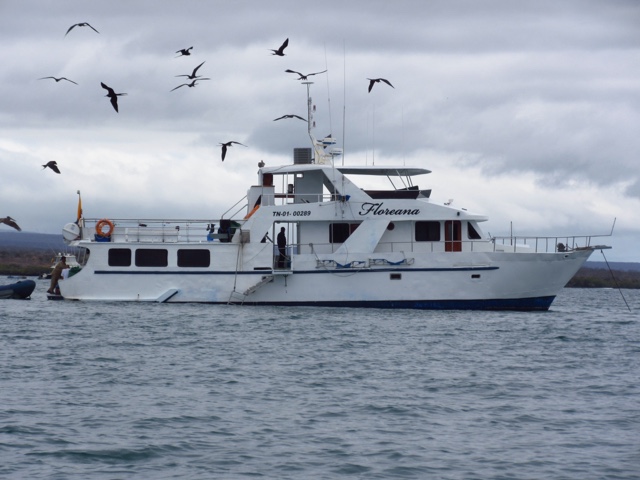 After getting settled, we had a safety meeting and talked about our itinerary for the next 8 days- 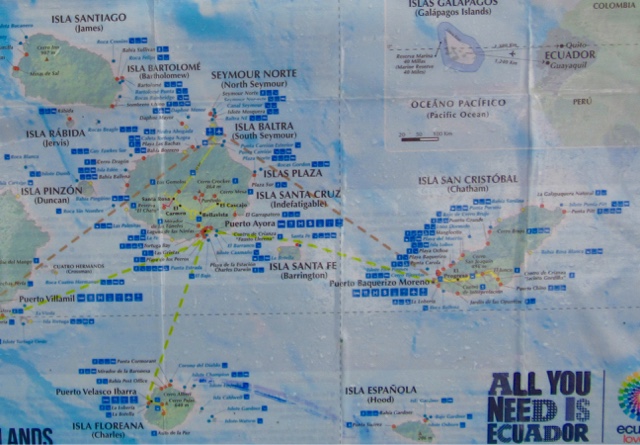 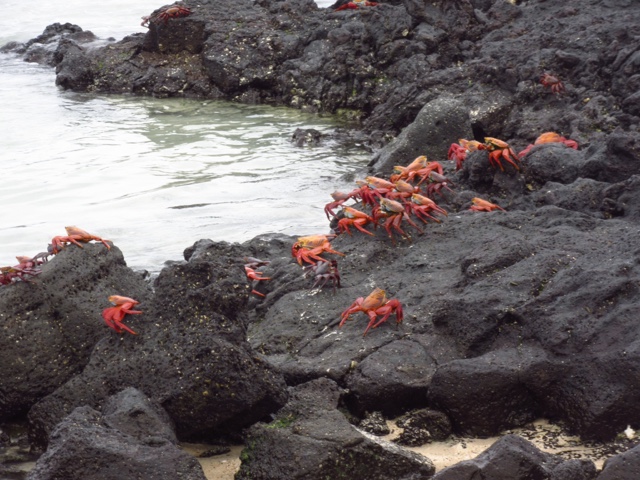 The babies are black but as they mature, they become very colorful.  Their underside is a beautiful blue- 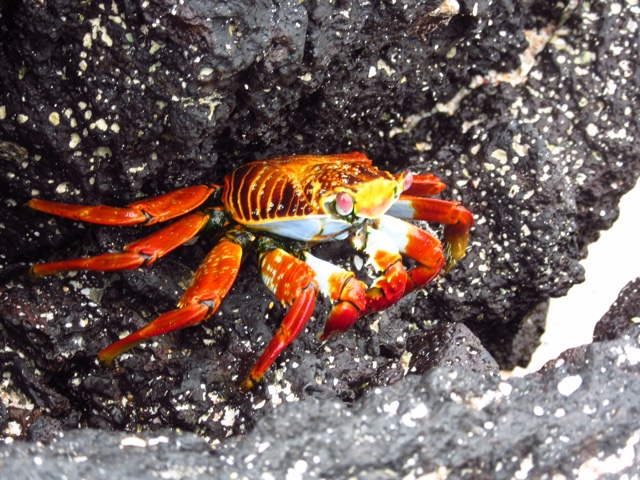 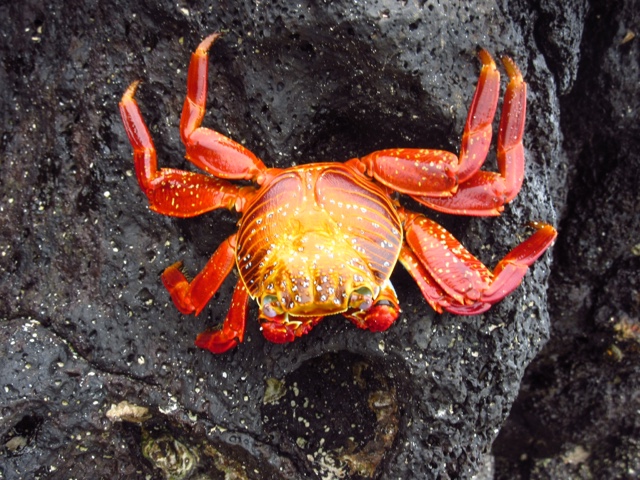 We also saw a couple of sea lions- 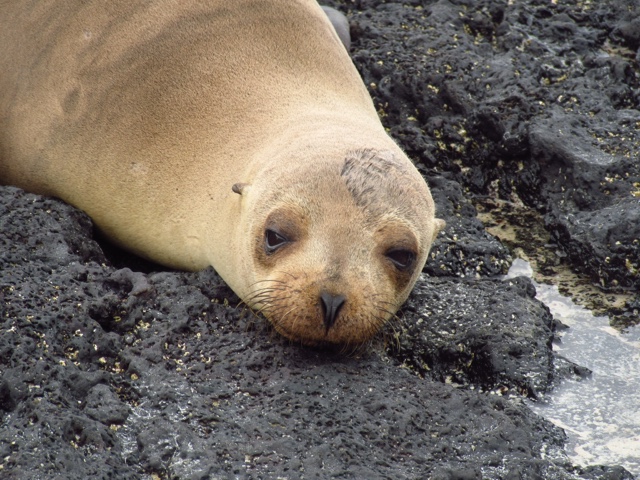 This fellow appeared injured, maybe from a shark- 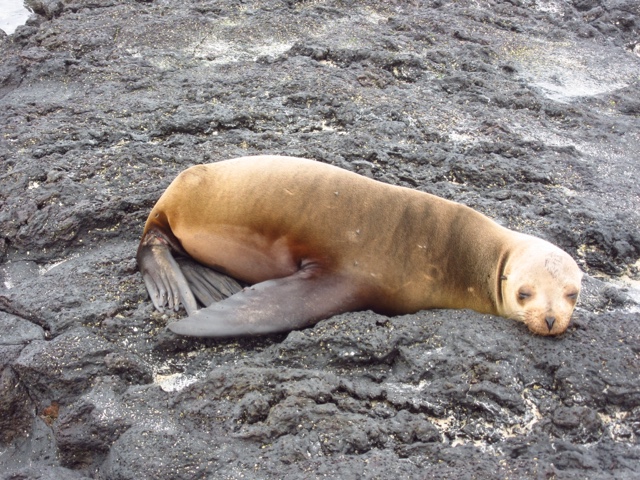 There was a Greater Flamingo eating crustaceans in a small brakish pond.  They get their color from what they eat- 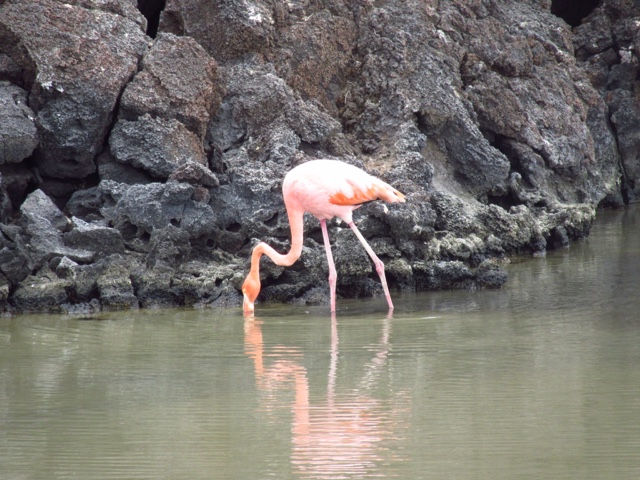 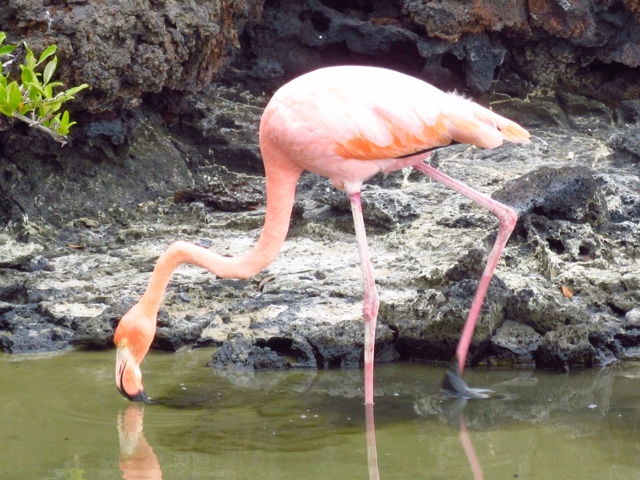 Next to the pond were marine iguanas.  They are herbivores and very fat and lazy.  They never moved and we were within 3 feet of them- 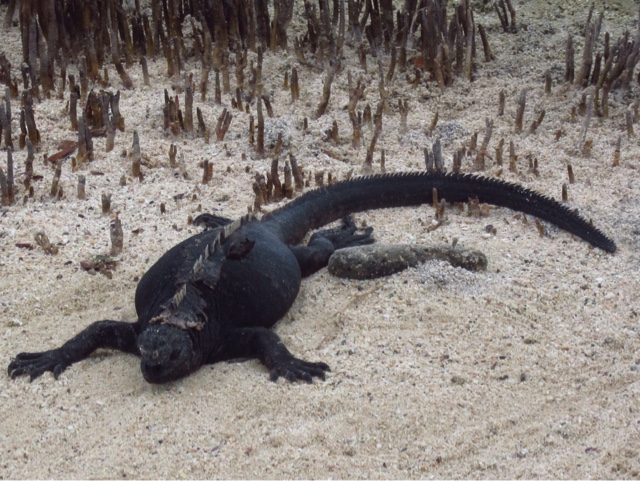 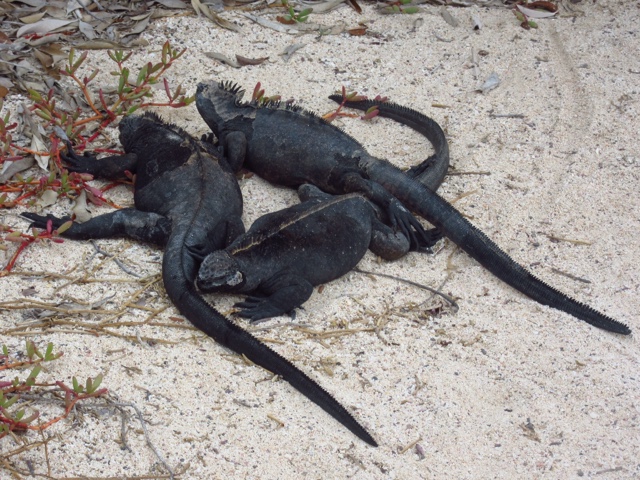 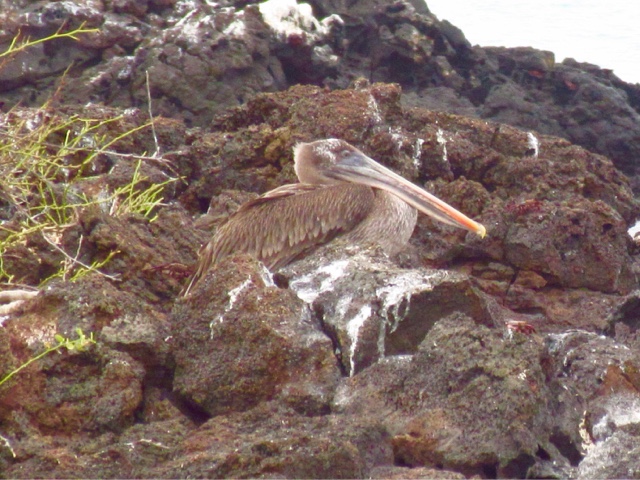 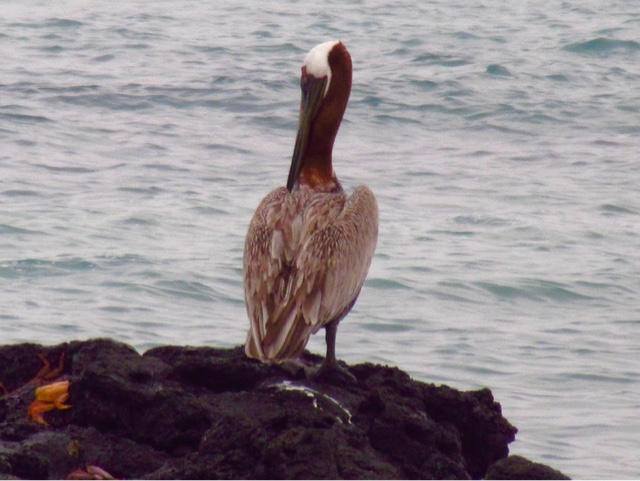 There were a couple other boats visiting Santa Cruz:  Galaxy II and Darwin.  While planning this trip, Darwin was my other choice but for some reason, I chose the Floreana- 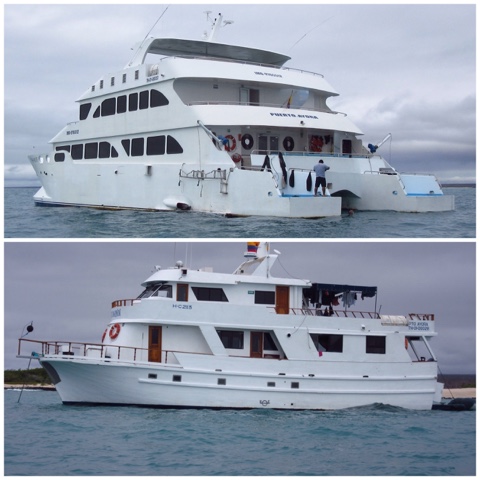 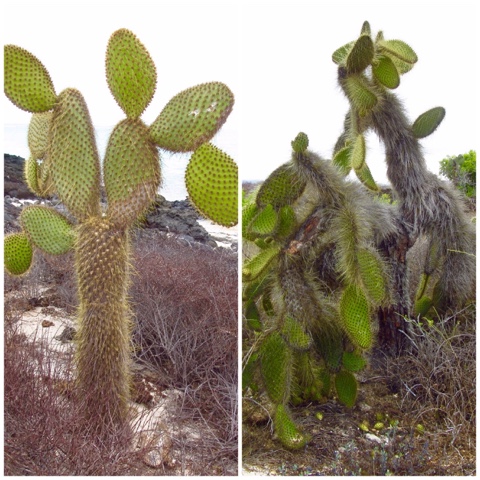 There are very strict rules about visiting Galapagos: no touching, no taking anything away, stay at least 2 meters from the animals, group visits are timed and only so many boats may visit an island in a day.  One thing really strange was that none of the animals was afraid of us; they acted as if we weren't even there.  A little yellow finch on the beach just kept getting closer and closer- 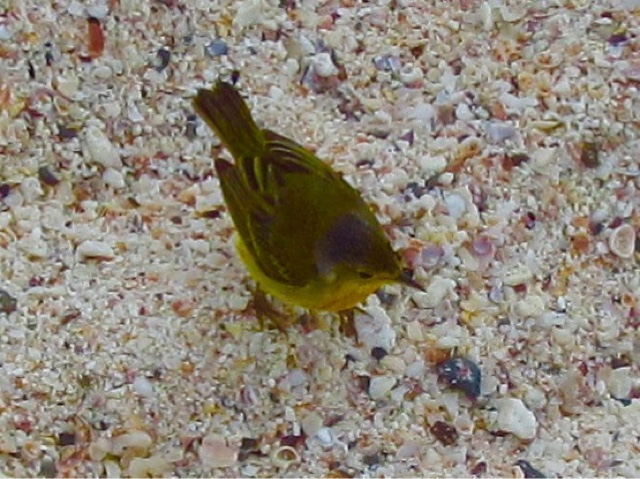 After the bombing of Pearl Harbor, it was feared that the Panama Canal might be next, so the Americans set up a base on Bachus.  They were here for a couple of years and left in 1947.  The land was given back to Ecuador in 1949.  All that's left today are some foundations- 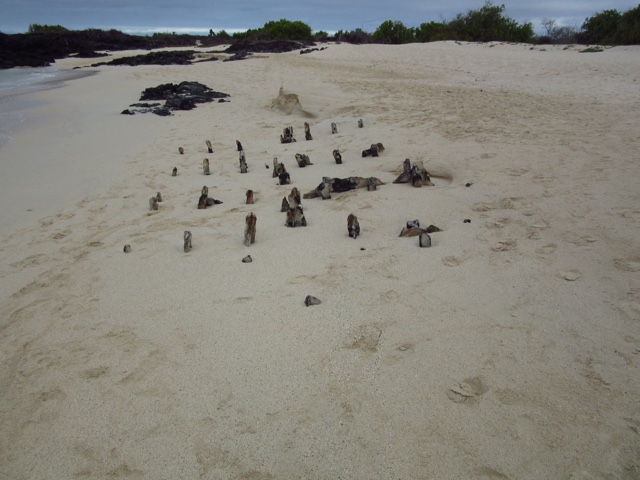 We had a debriefing meeting just before supper to talk about our plan for tomorrow.  We'll have a couple of dry landings and two different spots for snorkeling.
Both lunch and supper were delicious: meat, salad, vegetables and dessert.  6 more guests are arriving on Saturday.  I hope I don't get a roommate, there's hardly enough room for me in my cabin! 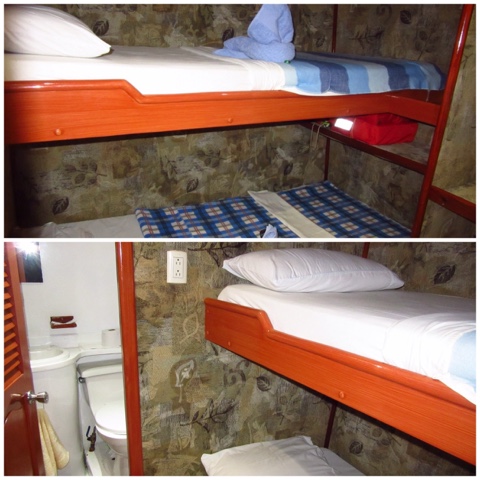