I wandered around people watching.  It takes all kinds is all I can say!
How's this for expensive? 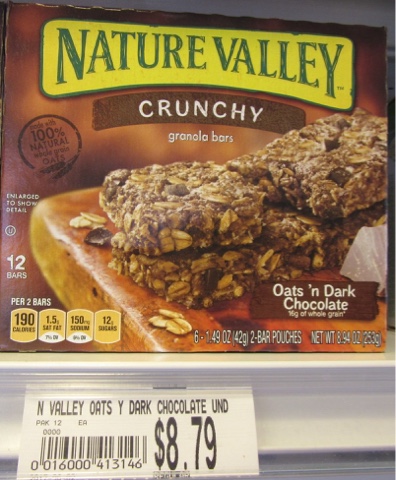 That's a U.S. $8.79 too!
I finally found more of the original wall in Casco Viejo.  It is also being incorporated in the remodelling of new buildings- 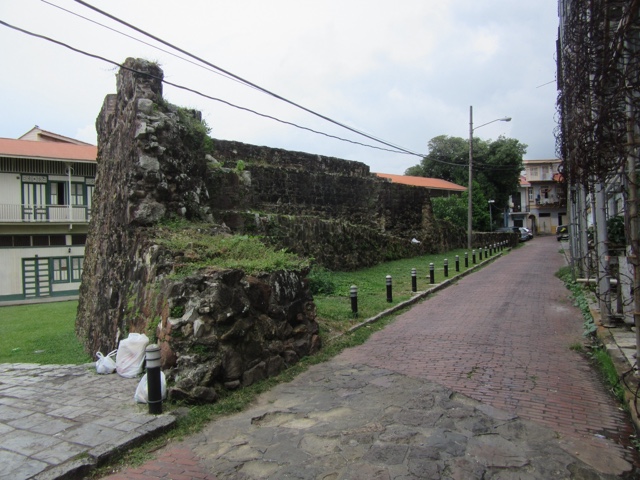 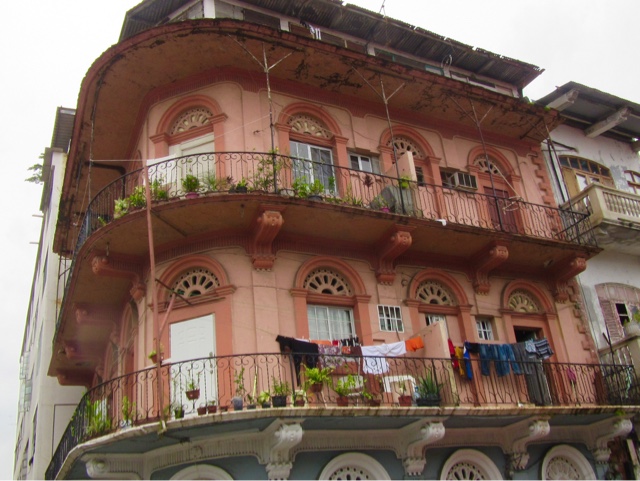 In spite of all the work being done, there are still very rubby areas in Casco Viejo- 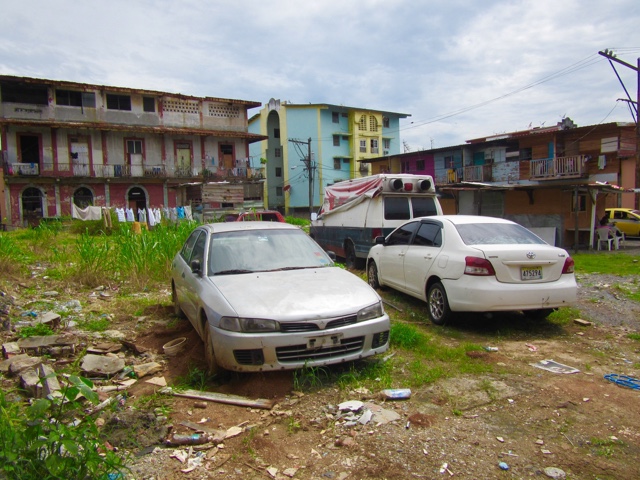 There is also a huge police presence.  Most are dressed in black with Policia written on their backs but I walked by two men today in black/grey/white camo with sawed off machine guns.  I think they were Policia!
Some nice graffiti- 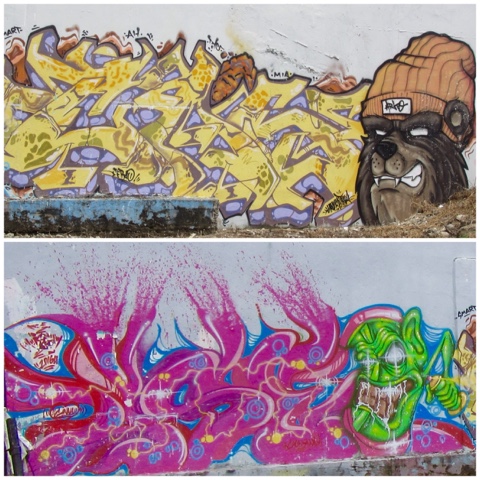 I like how they show what's under the stucco. It's hard to imagine all the layers on the walls and I wonder how old these buildings might truly be- 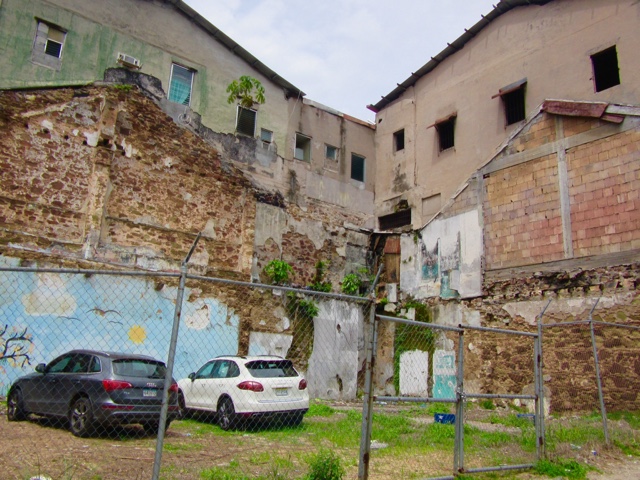 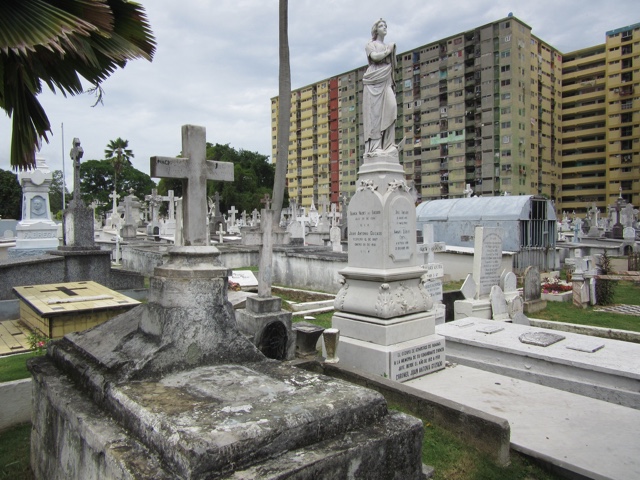 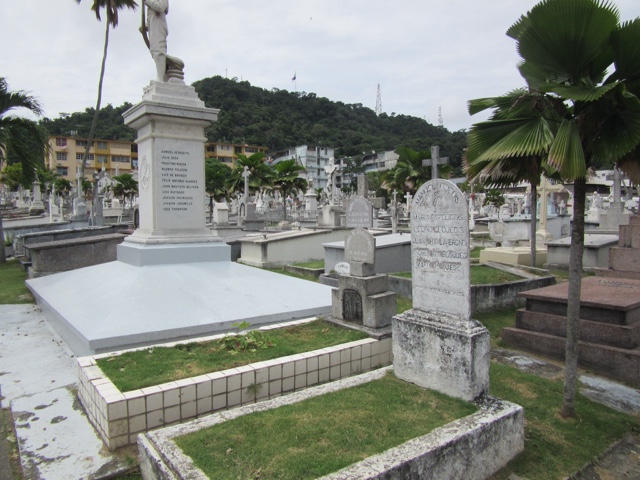 I visited La Iglesia San José and its wooden altar covered in gold leaf.  Legend has it that when the Pirate Henry Morgan was on his way to ransack Casco Viejo, a Friar removed the gold columns and other valuable pieces from the church and hid them in the Pacific.  Once Morgan arrived, that same Friar said the altar was under construction and demanded 1000 ducats from Morgan to complete it.  Morgan laughed and said the Friar was more of a pirate than he was!  Later, Morgan instructed his accountant to give the money to the Friar!  Of course, it is only a legend....
Records indicate the altar was covered in gold leaf in 1915- 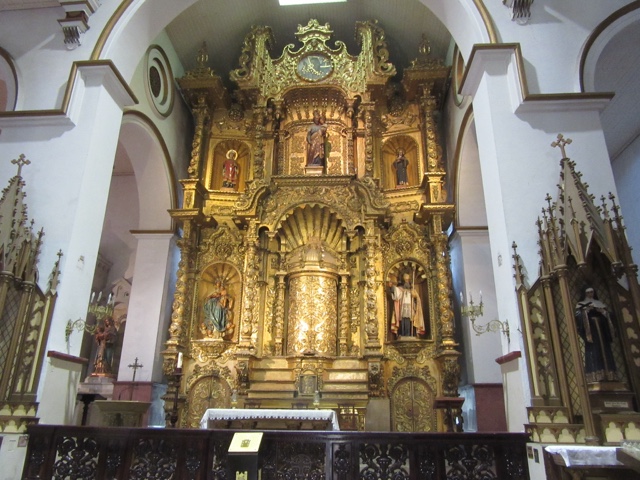 Another building waiting to be renovated- 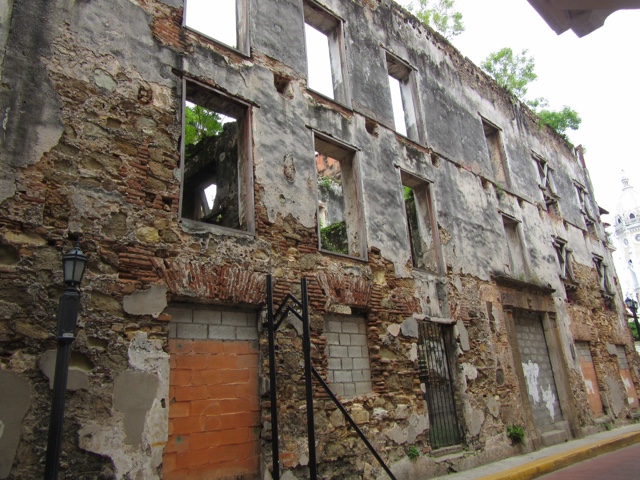 La Iglesia Campaña is only walls- 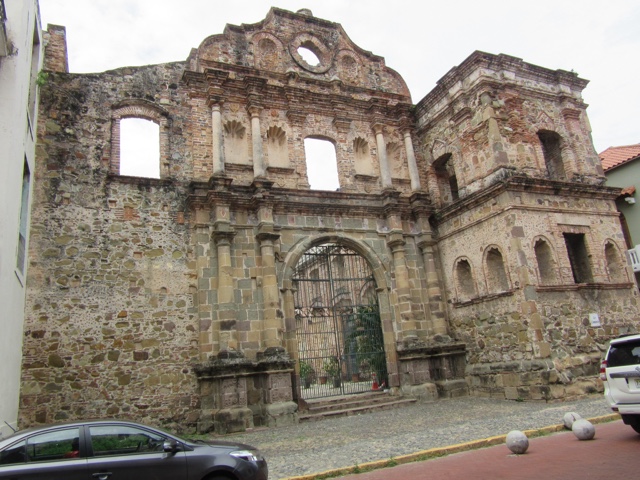 Yes it's hard imagining that and not just bull dozing them down and starting over!
I've met some interesting people in Panama City - Candice from New Zealand who does the administrative work at her family's company while Dad and her brother are heavy duty mechanics; John who sells advertising in Chicago; Dutch Pim and Abigail who work for KLM; Caroline from São Paulo who works for an entrepreneur promoting company and David from Israel who was in the military for years and will go back to train others.  I haven't met anyone my age - everyone is in their twenties and early 30s.  None is married but there are a few couples.  It's weird too because most tend to hang out in the hostel rather than go exploring or visiting museums/seeing the sights.  They also like to party until the wee hours of the morning and then spend the day sleeping it off.  Seems like a waste of time and money to me and not sure how they will describe their trip once they get home!  But once again I ask.... Where are all the travellers my age?
Something that's interesting and a practice that I think makes a lot of sense:  Leaving the city Sunday morning in the dark, few lights were on in the sky scrapers.  I've taken a picture tonight and a few more  lights are on, but truly what a waste of electricity to have the buildings lit up like they are in our cities during the night when no one is in them. What's the point? 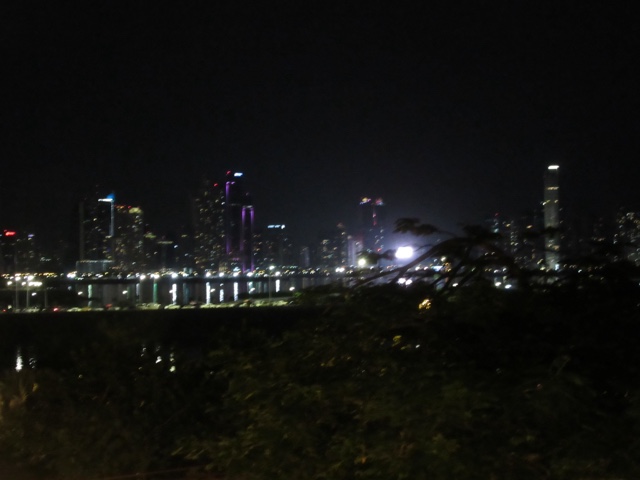 I am packed and ready for my 10:45 am flight to Cartagena tomorrow!
Pic of the day! 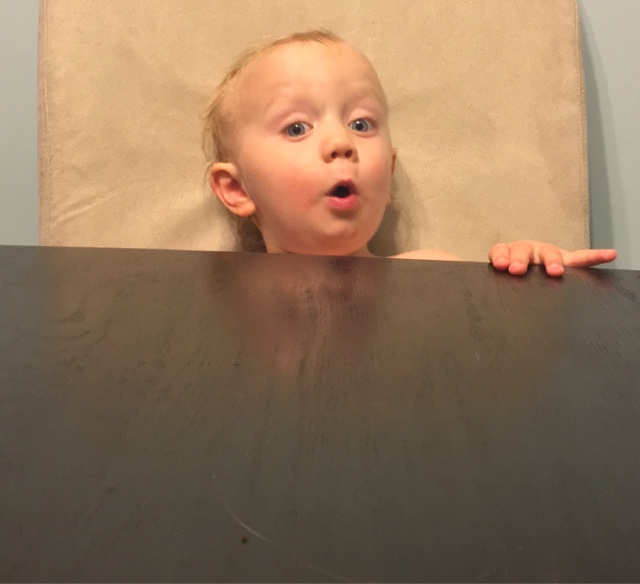