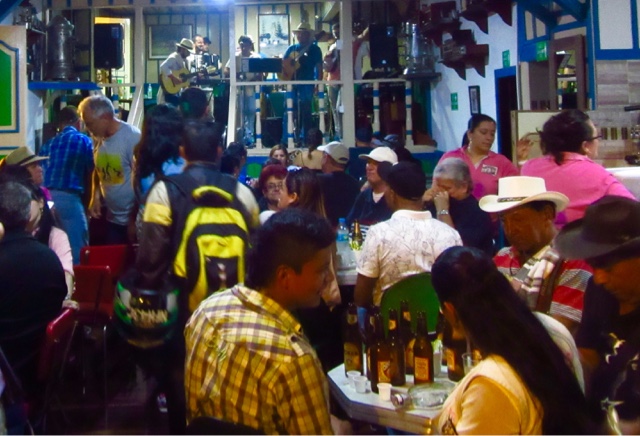 Where a band was playing- 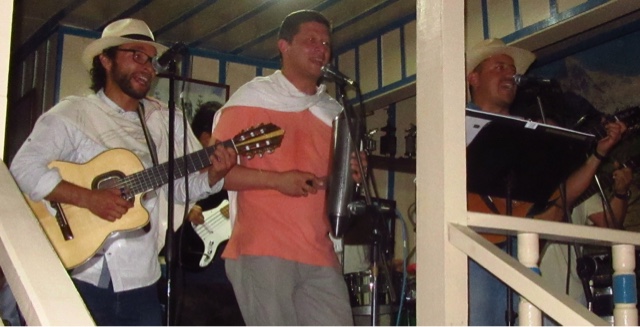 The place was packed and many were dancing - us included!  They are simple dances: a two step and something similar to a polka but with both you just go from left to right, not crazily around the room.  That might change I guess if you're in a big space.  Dario was surprised that I caught on so quickly .... Come on, I'm a dancer from a way back.  However, in Canada, we dance with a straight back and move our legs.  Here, they move every part and often - swaying the hips and body.  I'll need to practice that!
For lunch, I saved the best for last- 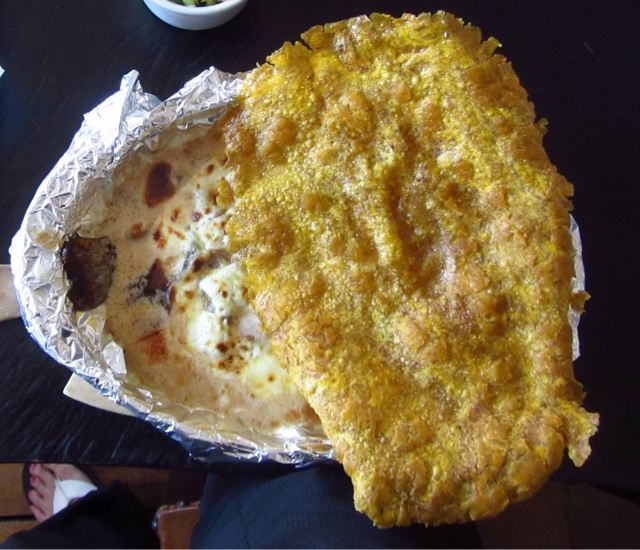 A deep fried thin piece of dough that is used for dipping the sauce in the trout ( I couldn't eat that!) mushrooms, onions, cheese, garlic and cream sauce.  I only ate half at lunch, the half without the bones I guess, because the half I saved for supper was mostly bones.  Funny how that works.
The decor in the restaurant is very Colombian- 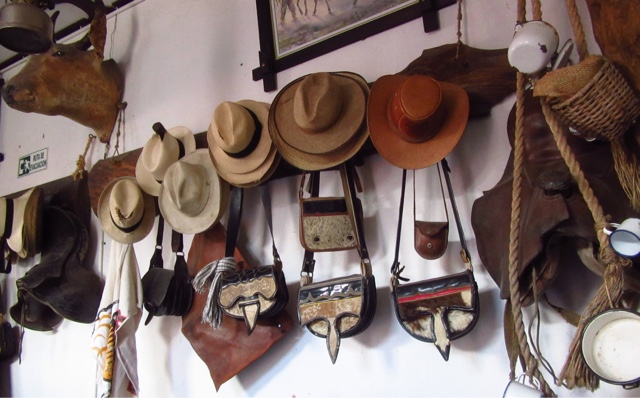 Later, I went to play tejo.  It's a gambling game but not really.  Everybody picks a rock- 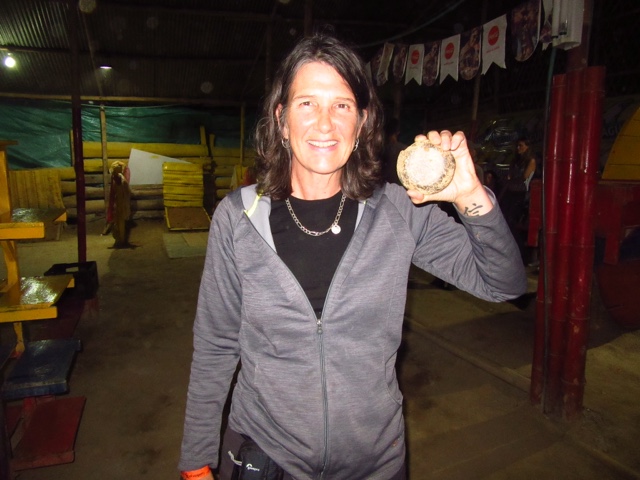 And then you throw it at the target- 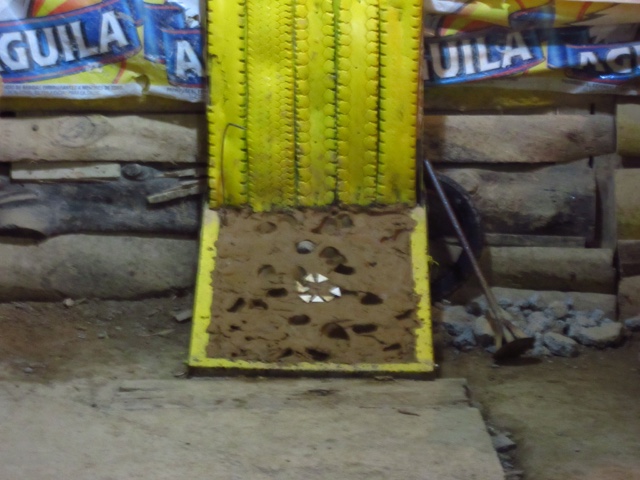 which is about 20 feet away.  You get points depending on where you land your rock.  The brown stuff is like plasticine so the rock really sinks in. 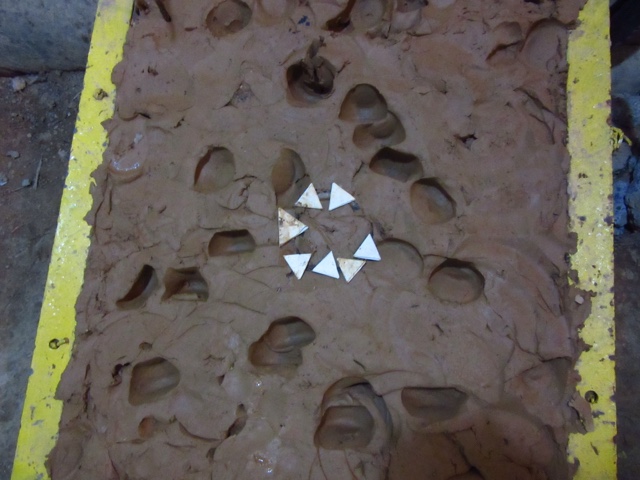 The white things are papers filled with explosives, like caps, so if you hit one just right, there is a huge bang.  That gets you points.
There were 2 local men playing full court next to us- 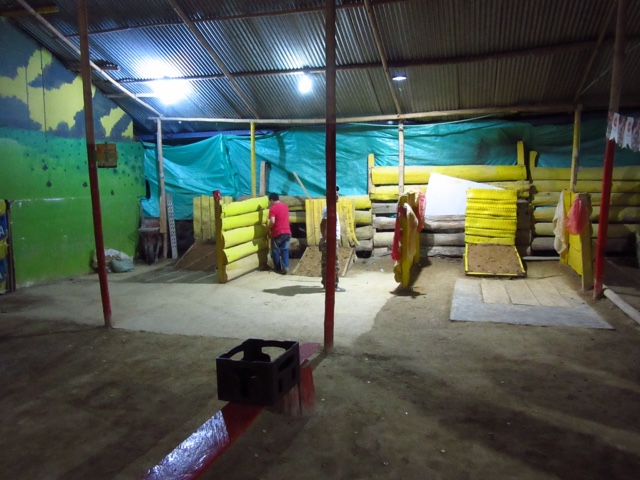 They were just launching their rocks and landing on the target or very, very close, every time.  Practice makes perfect I guess.
I'm feeling better which means about 80%.  It's still hard to climb many stairs without needing a rest but it's coming.  I spent a lot of the day trying to book a Galapagos cruise, now that I know we'll be in Quito October 24th.
Looking forward to moving on but I may be off the grid a few days.
at October 18, 2017