Happy Thanksgiving everyone!  No turkey and dressing here unfortunately :(
Cartagena to Tananga is 229km- 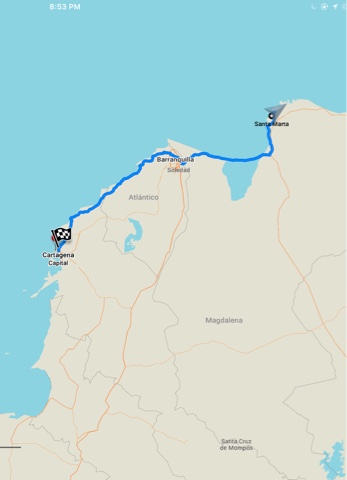 We left Cartagena at 8- 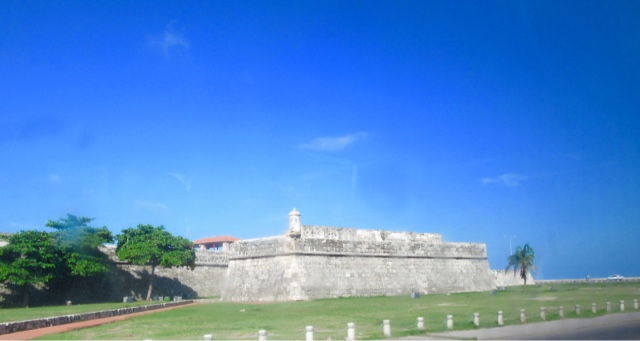 packed into a bus with our luggage all around us.  The truck hasn't arrived yet, or if it has, it's sitting in the port.  We're supposed to have it in a couple of days- 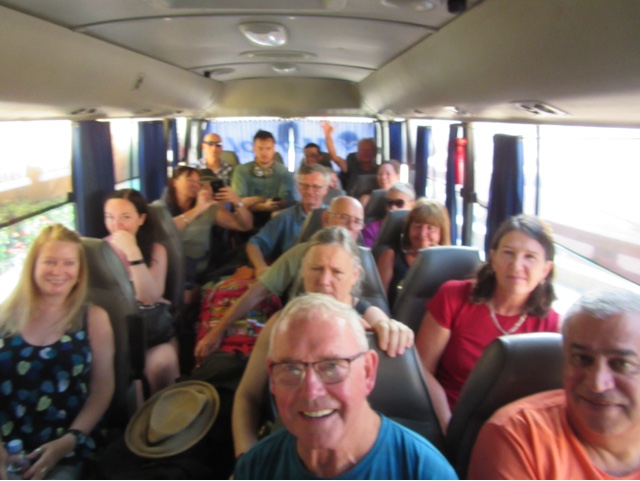 We are an older group, ranging in age from 78 to 27.  There are 10 men and 11 women from New Zealand, Australia, Germany, Belgium, the U.K., Holland, Italy, the U.S., Colombia and Canada.
We drove along the coast for 4 hours to get to Tananga-

Northeast Colombia reminds me a lot of Africa.  It's a desert climate so the trees are of the acacia species.  The villages look like townships in Cape Town and there's just as much poverty and garbage lying around- 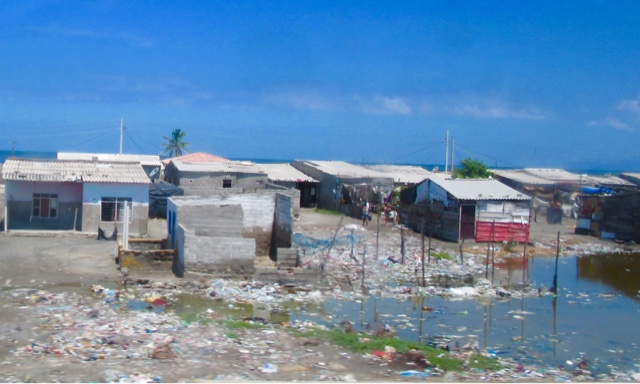 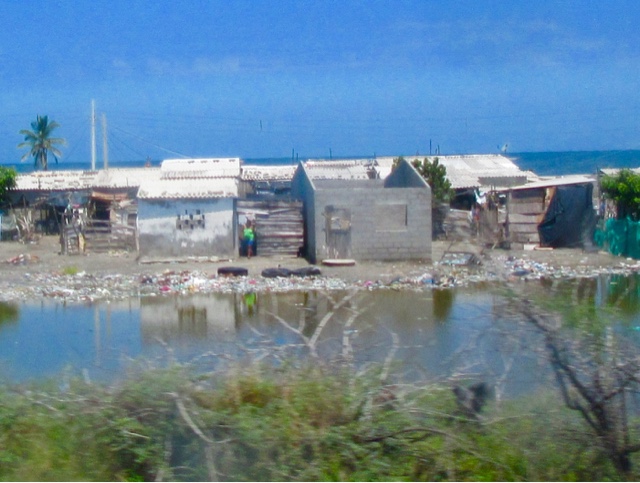 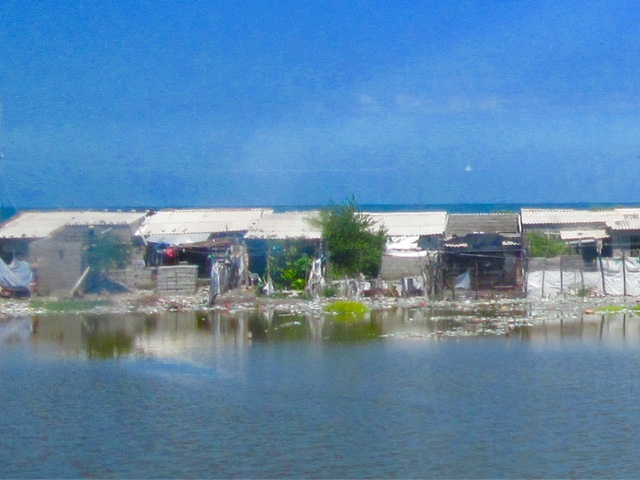 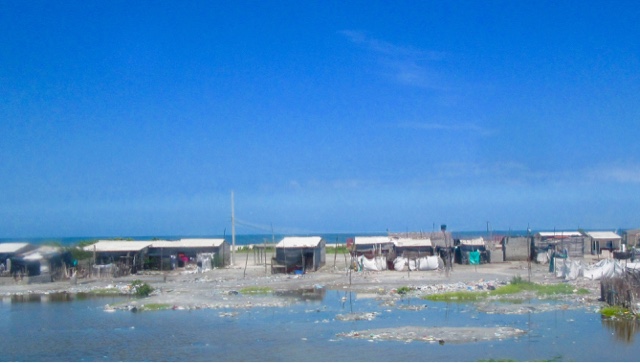 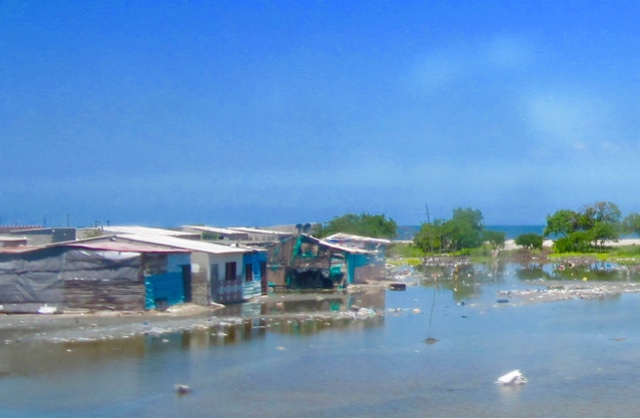 Once settled in Tananga, the beach was just a 5 minute walk away- 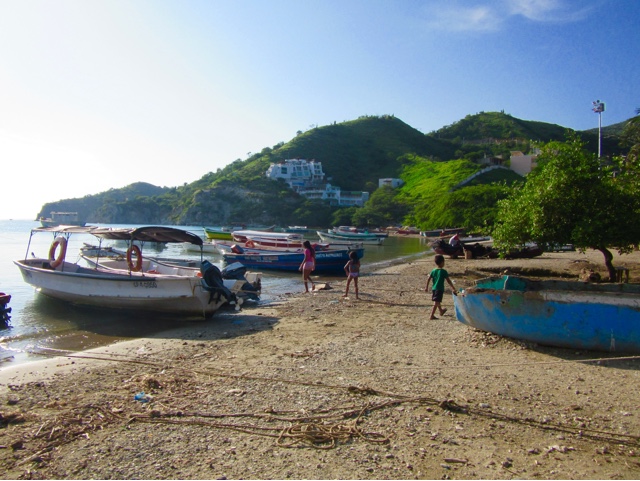 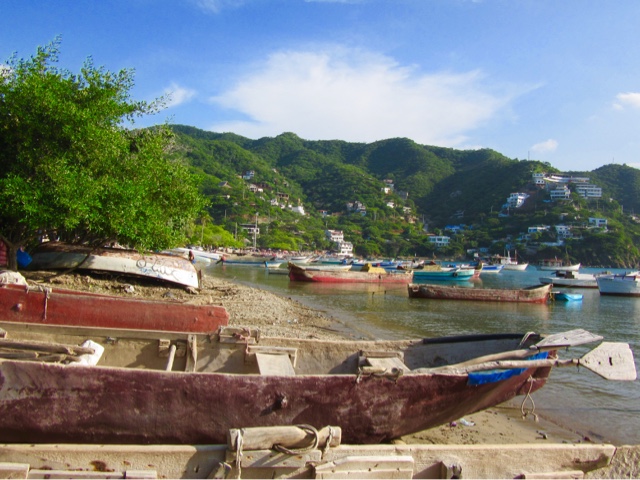 Fishing is the main occupation- 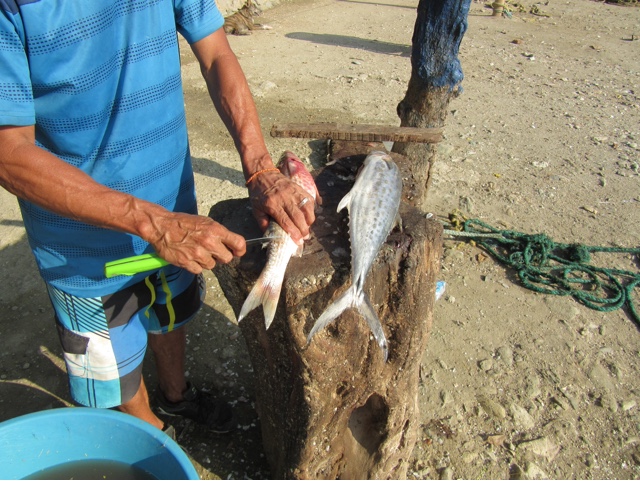 There were many people on the beach- 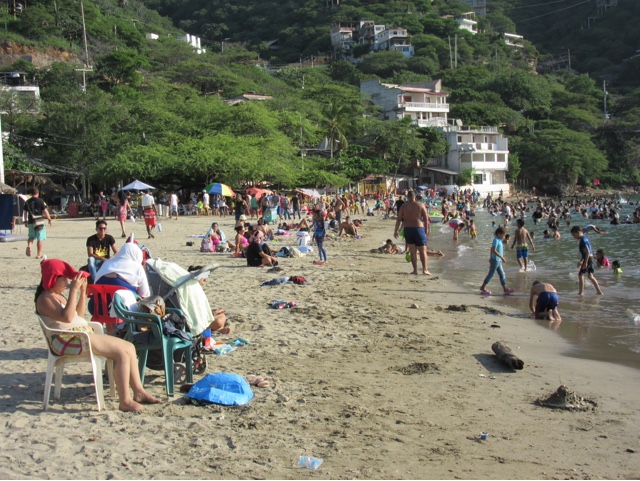 And in the water- 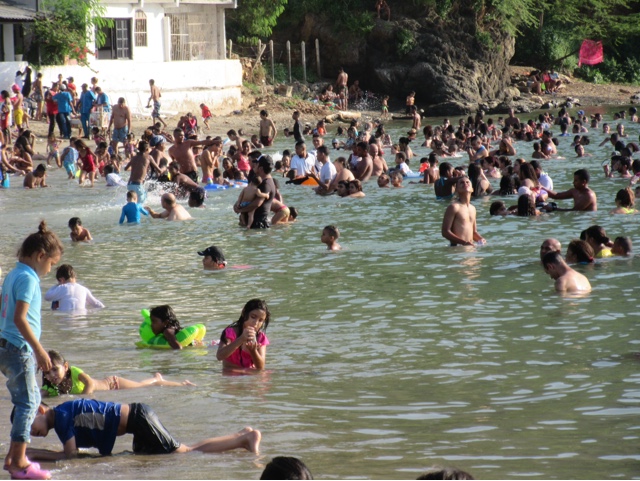 It's very dirty!
I decided to try a SIM card in my phone so stopped at the Tigo shop- 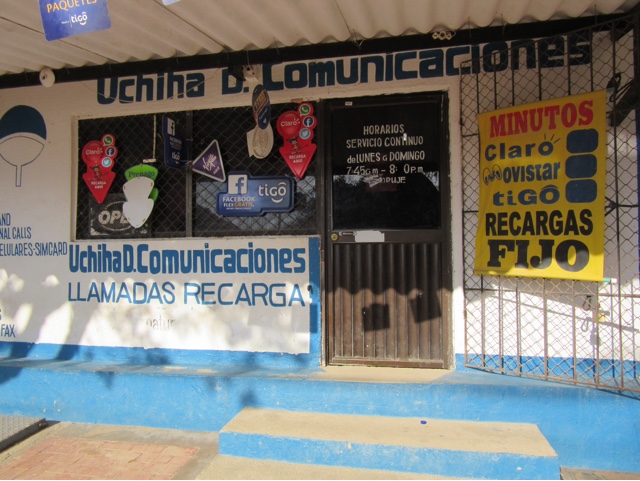 I have no idea how long the data I bought will last or if I'll even use it.  We have wifi in every hostel and it doesn't seem like we'll be camping for quite awhile so.....
Next door was a tienda where no one trusts anyone.  One person handles the money and he's probably the owner- 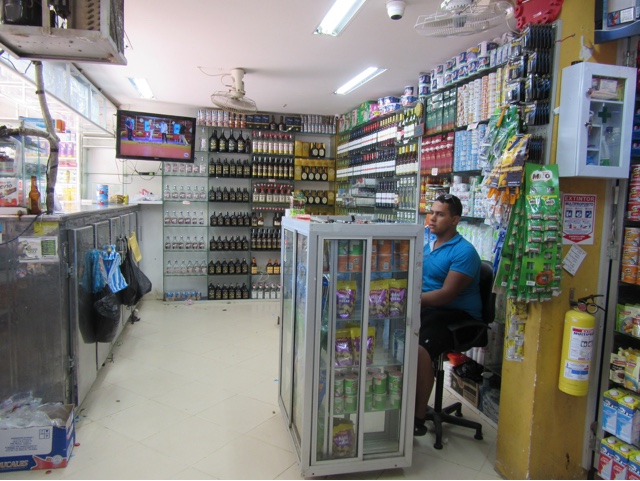 The coolers are only accessible from the back- 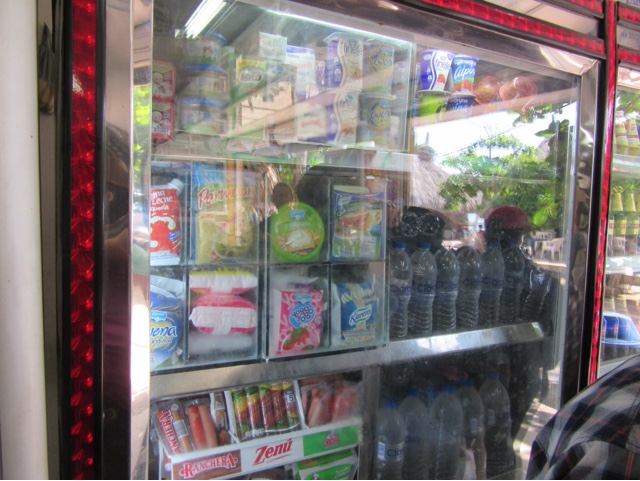 Dario, the Colombian on the trip was saying that at our hostel in Cartagena, the owner was away for a month and when he returned, there was no money for him.  The workers claimed NO ONE had stayed at the hostel while he was away!  Banditos all of them! 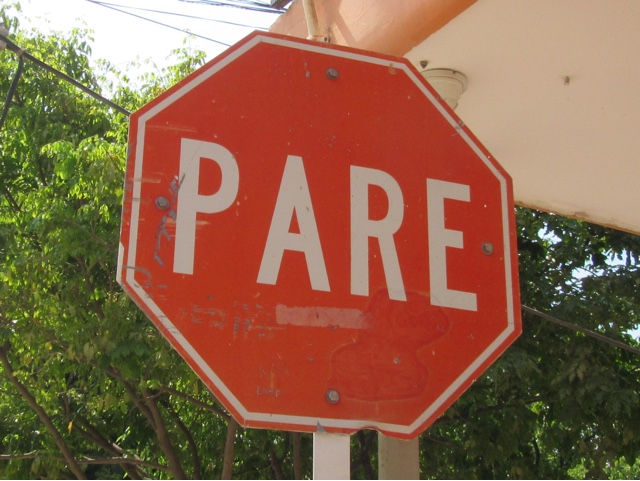 I met an interesting individual while walking along the beach- 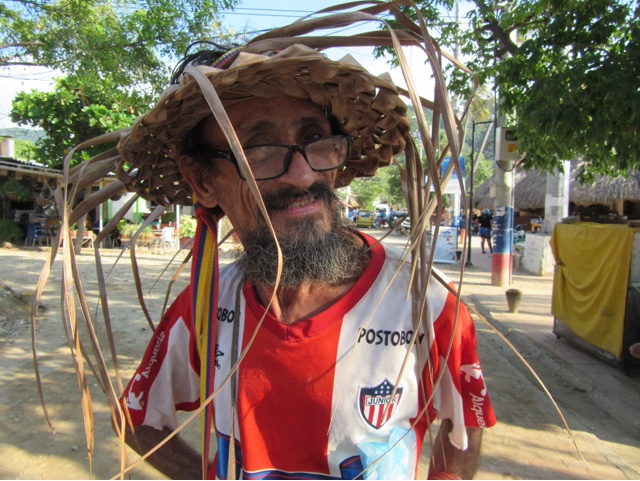 He was missing a few teeth and was a philosophical intellectual.  He explained the colors of the Colombian flag from a different point of view than what I've heard before and then talked to me about Gabriel Garcia Marquez, a Colombian author who won the Nobel Prize for Literature in 1982.  He wrote 100 Years of Solitude and Love in the Time of Cholera.  I have just downloaded the later on my kindle so will see if I agree with everyone else!
Tomorrow a bunch of us are going to the Tayrona National Park for the day.  It's a couple hours walk to San Juan Beach from where the bus drops us off.  I'll walk back to catch the bus at 5.  Some are going to spend the night in tents but I was thinking that this hostel is so nice with AC in the room and a lovely swimming pool steps away.  I'm not going to sleep in a tent if I can come back to this!
P.S.- 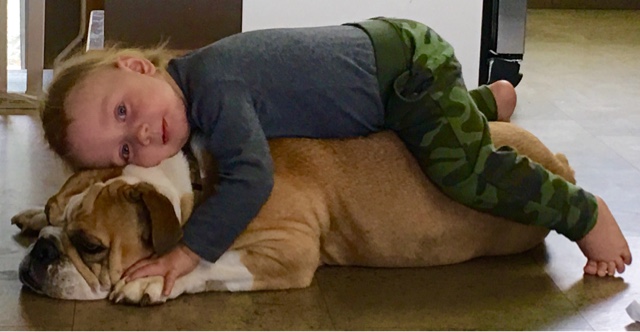