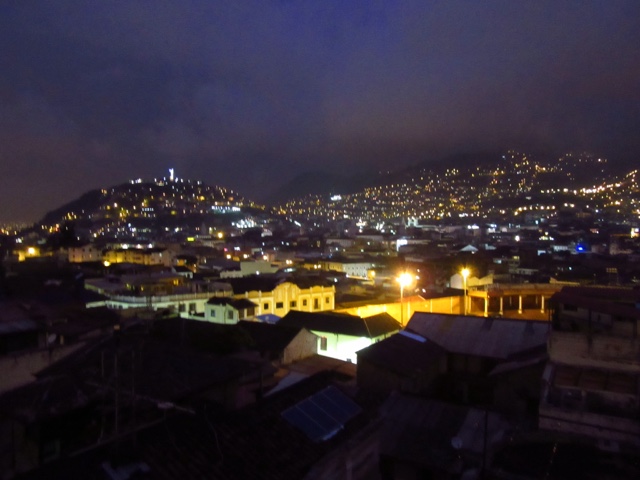 Today Richard, Lauretta, Norman and I went up the Telefonico cable car.  We caught a cab from Mercado Central and the driver told us right off the bat that he wouldn't take us to the top.  We thought he meant further than the cable car.  We said that we just wanted to go to the cable car and we'd take it up from there.  Well, we got part way up and he stopped and said he wasn't going any further.  We were too gordo (fat) and he said his car wouldn't make it!  We told him to get going, that we weren't getting out and that he was crazy to think his car wouldn't make it.  It's a machine, not a horse!  Once we got to the cable car, he wanted $5 even though the meter said $3.27.  We gave him $4 and he left!  The entry station- 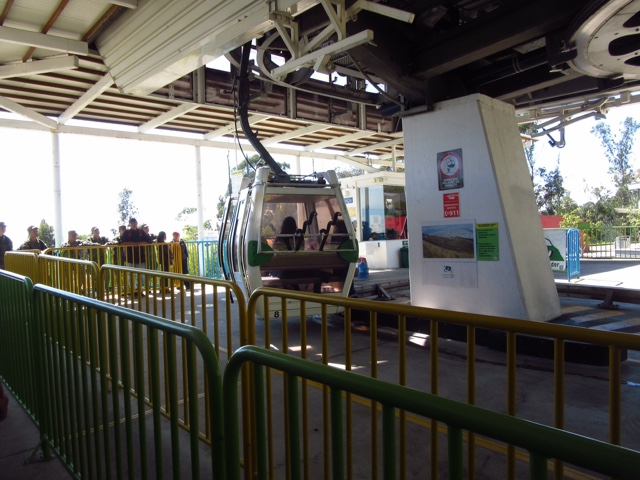 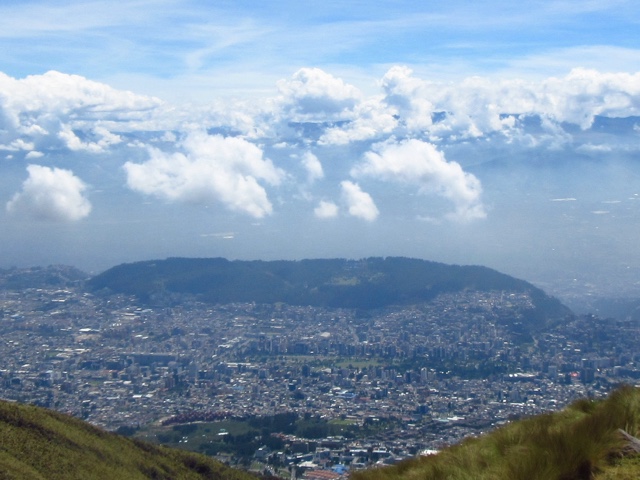 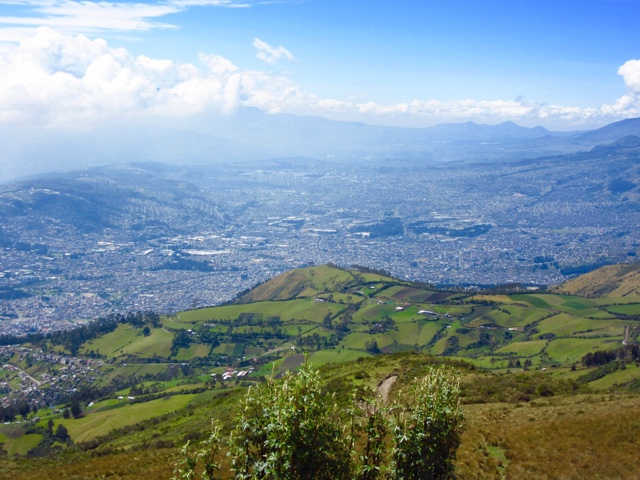 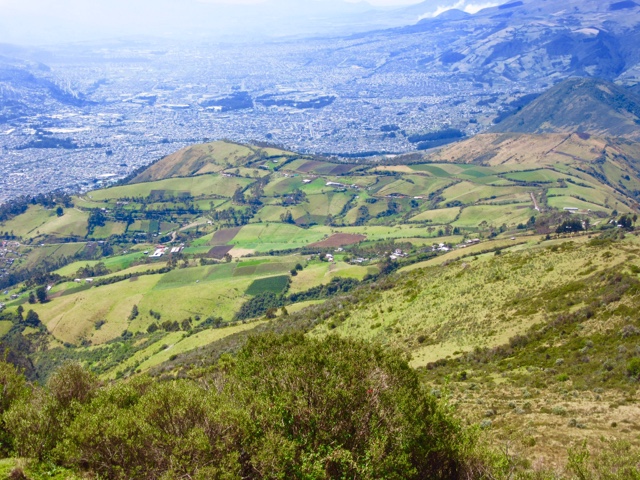 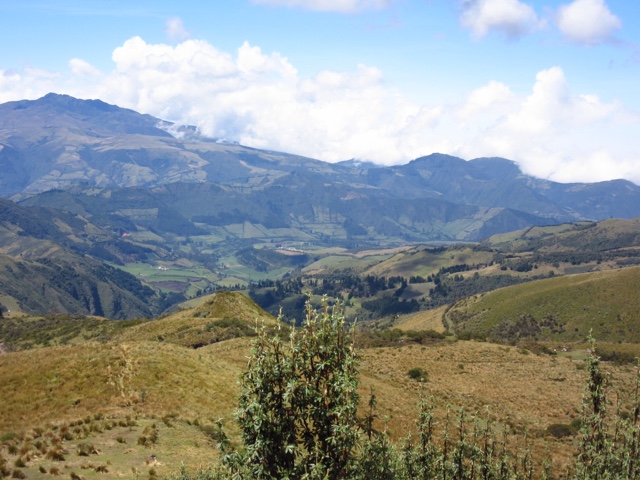 Looking away from Quito- 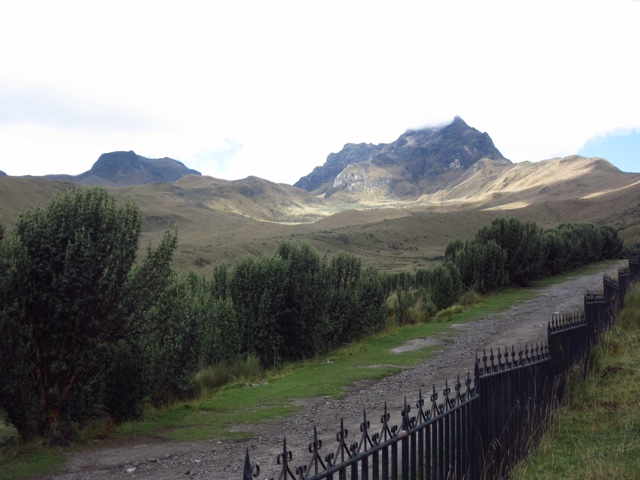 Breakfast - scrambled eggs and a plantain patty (excellent) and lunch were both in the Mercado Central.   The Mercado Central is a conglomeration of booths where breakfast and lunch are served.  It's an awesome place and as a bonus, very close to our hostel. I had the best soup I've ever eaten called Locro de Papa.  It's a hot creamy potato soup with cheese and avocado for $2.  They brought an onion, cilantro and chile sauce to mix in.  I asked for the recipe but was told it's a secret.  I also had a mora (blackberry) juice $1- 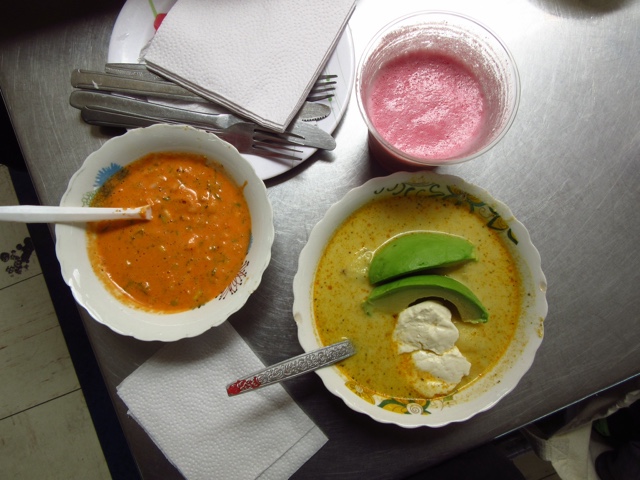 These wonderful women were the cooks- 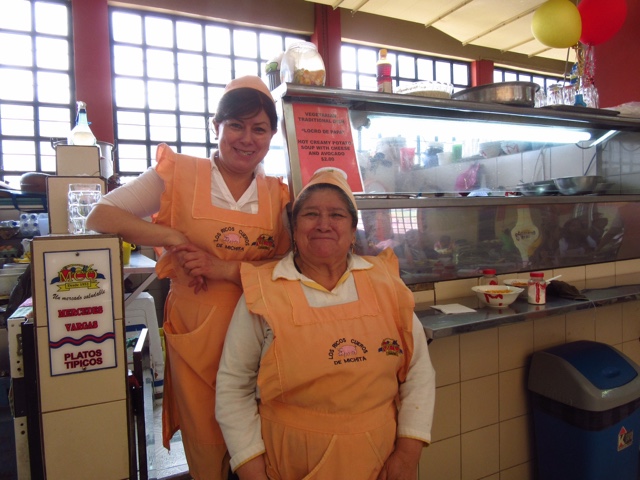 A cool bathroom along the way- 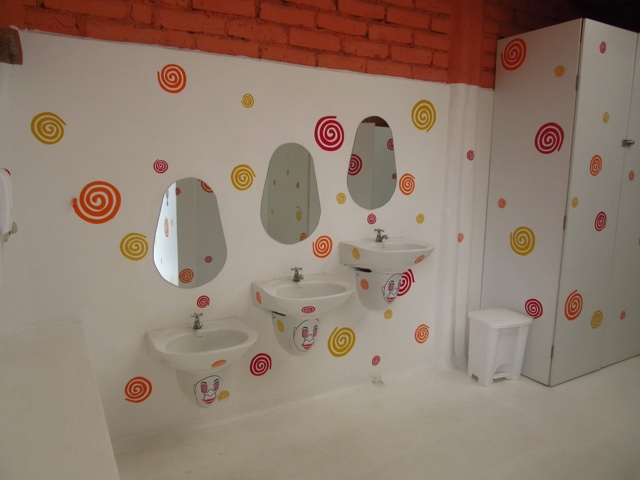 Dario Voss is originally from Medellin, Colombia but has lived in London for years, first working as a flight attendant and now for Trafalgar Travel.  He's single and doing this trip because normal tour companies don't take you to the heart of the countries.  This trip allows you to do that and meet locals along the way.  Dario is also along for the adventure - cooking, tenting etc.  He's done other overlands including Central America, South East Asia and Africa: Nairobi to Cape Town. 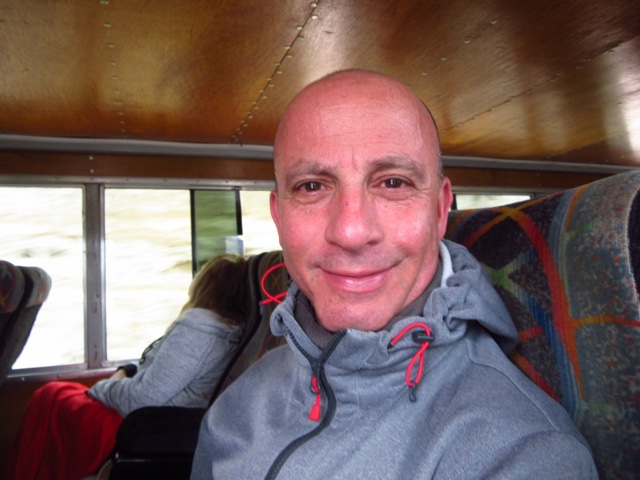 My flight leaves at 9 tomorrow morning so I have to leave the hostel at 6.  I'm really looking forward to the Galapagos!  I'm not sure if Wifi will be available on the boat so I may be AWOL for at least a week.
at October 25, 2017