It was a short drive today, only 100 km but It took 50 minutes to crawl down the mountain from the campsite to the highway-less than 10 km!  Jono did a good job at a hairpin turn - not so easy in the truck! 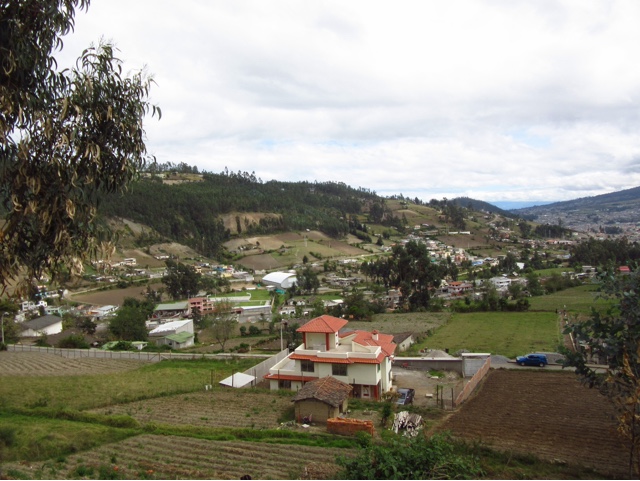 We stopped at Cayambe which is at 0.00 latitude.  The line I'm standing on is the actual equator- 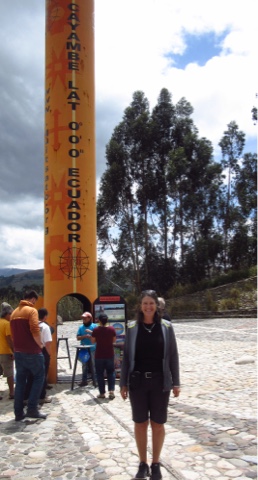 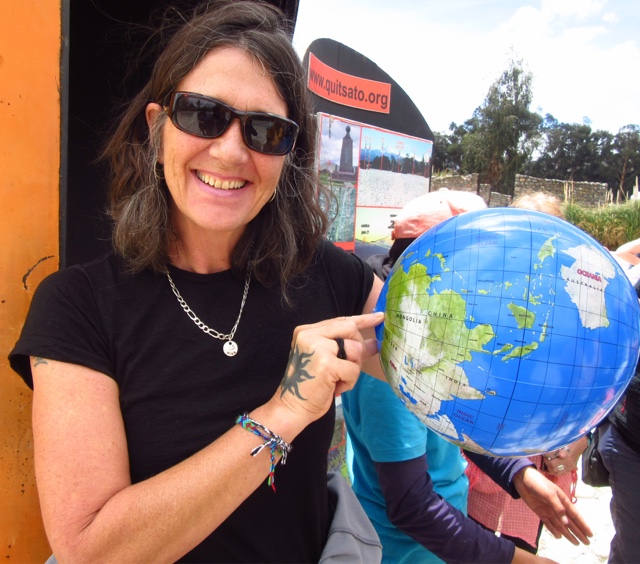 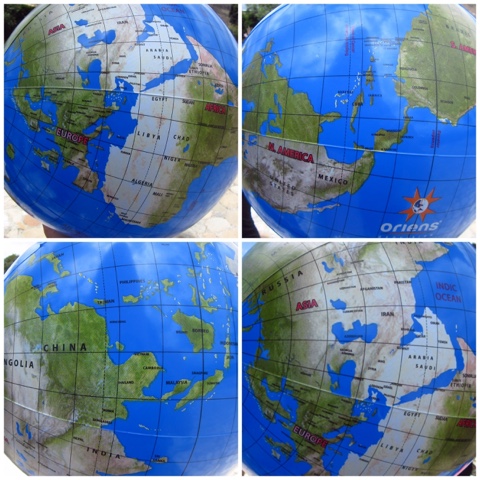 It's a completely different way of looking at the world and one I don't understand!
Admission prices were interesting-

No, I had to pay full price! 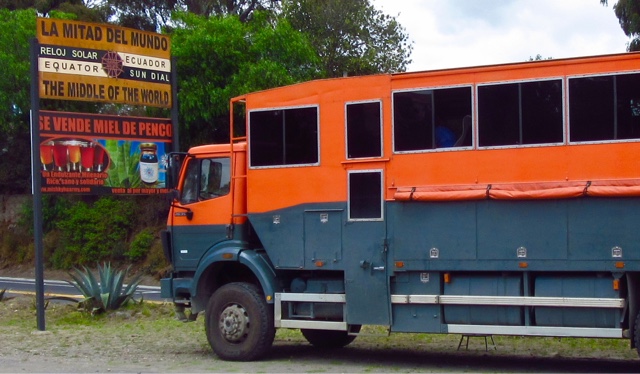 We got to Quito in a downpour complete with hail.  Our hostel has a great view from the terrace bar- 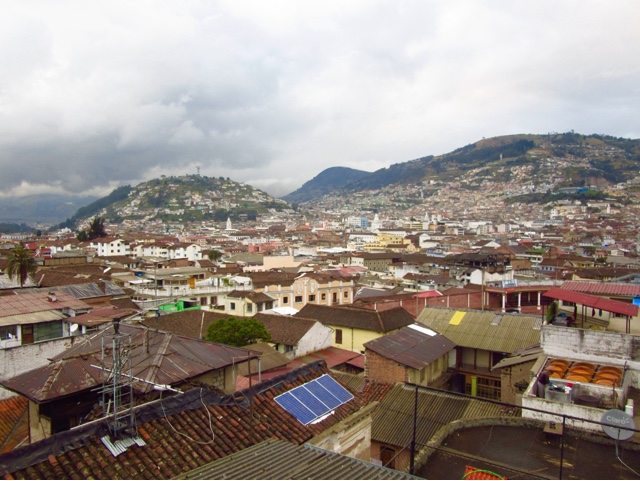 The architecture is lovely- 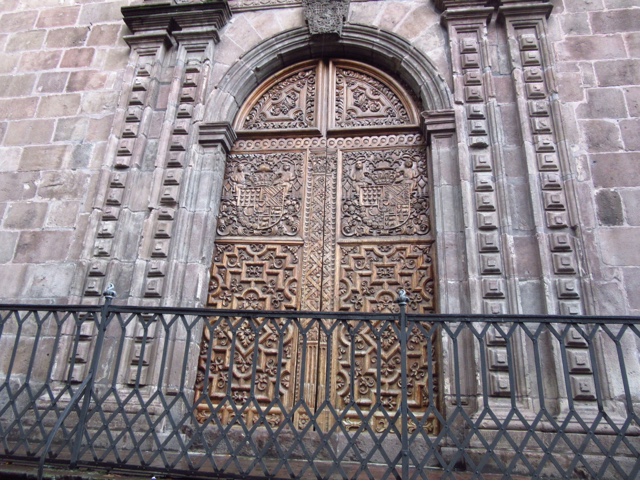 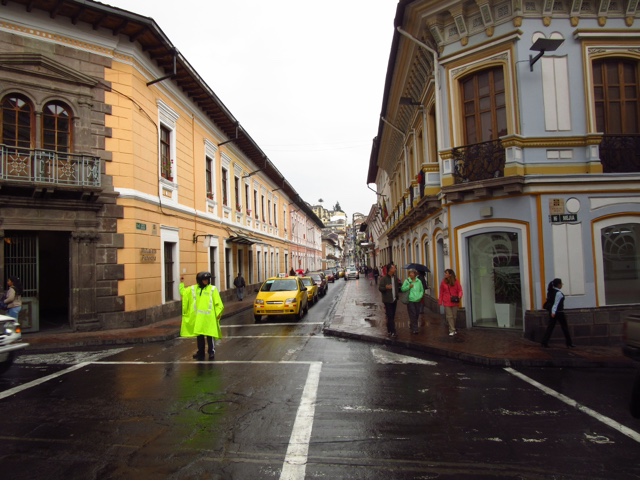 The Plaza Grande Hotel where we are, unfortunately, not staying- 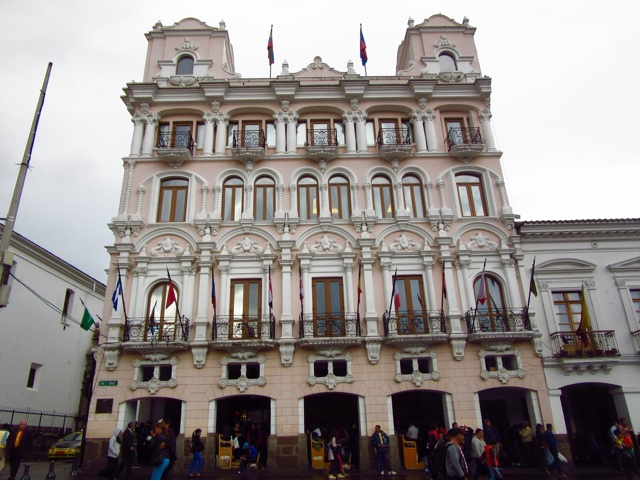 is in Plaza Grande (Indepencia) which was initially established in 1534- 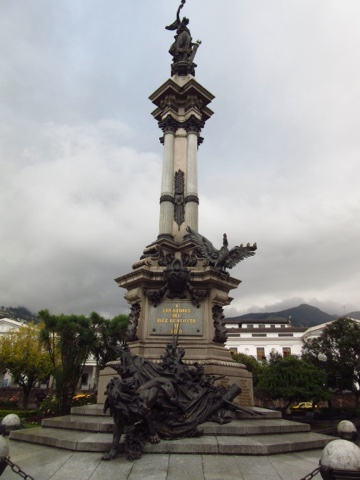 The statue commemorates the heroes of August 10, 1809 - the battle for independence.
The Catedral Metropolitana Quito was closed tonight but from the peek we got in the door, it's beautiful and worth the $2.  Unfortunately no pictures are allowed- 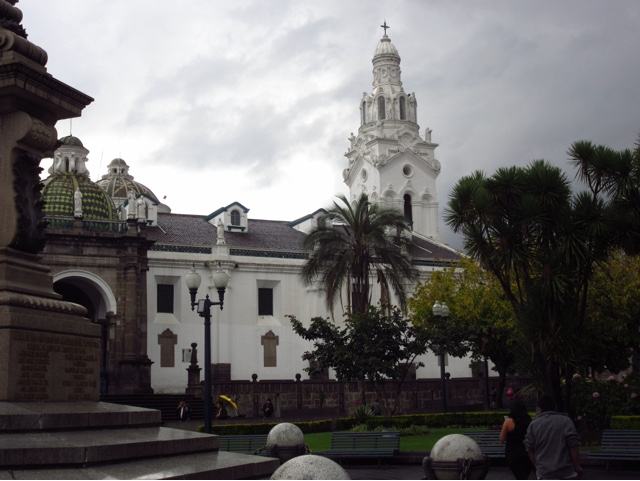 Parks and monuments are everywhere- 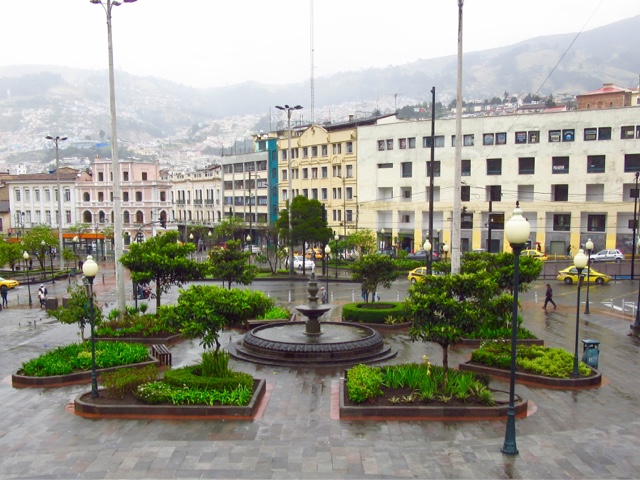 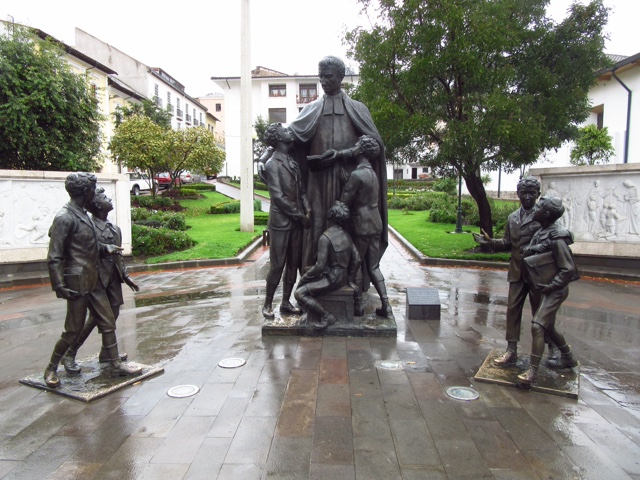 Lupper was fruit salad and a queso filled arepa- 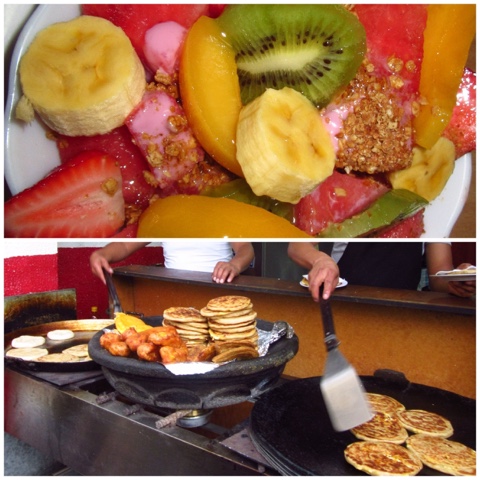 Today was Lutz's last day on the truck- 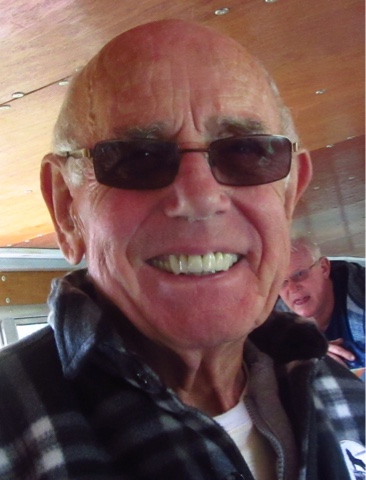 Lutz Reeka is German but lives in Melbourne, Australia and has for 50 years.  He's a retired house painter and has 2 grown children and 4 grandchildren.  Lutz has over landed before with Tui in Germany. Dragoman and Intrepid.  Lutz likes camping and the overland style of travel and even though he is 77, he's thinking about the TransAfrica trip next year.  He's leaving the trip today after 4 and a half months and we will miss him!
I managed to find the right bank to pay for my Galapagos trip.  I go from October 26-November 2.  Tomorrow we're going on a walking tour in the morning, then it'll be more exploring.  Hopefully it doesn't rain... much!
And... 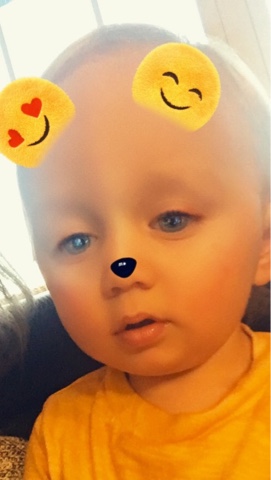