The kids were up earlier than usual which doesn’t bother me because I’m always awake before them anyway.  The only problem is if they don’t get enough sleep, they get grumpy.  They sure love their movies!  If Andi said “Ana” once the past two weeks, she said it ten thousand times.  Frozen is her favourite and Nico seems to like Despicable Me.  Nico watches from beginning to end but not Andi.  She likes certain parts so she rewinds them, continually.  It’s amazing what these little people can do with technology- 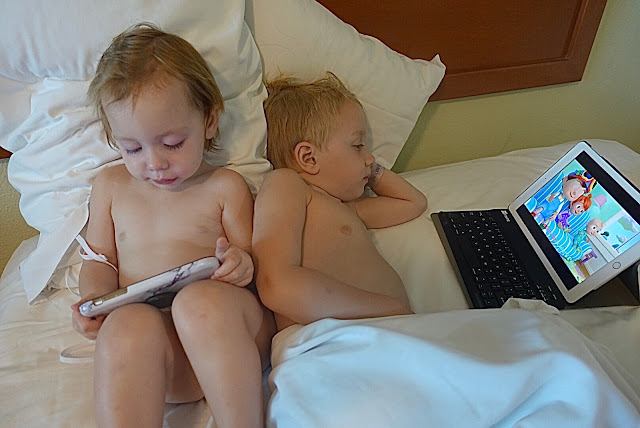 We were at the pool earlier than usual too, enjoying our last couple of hours.  Nico is just learning to use my camera- 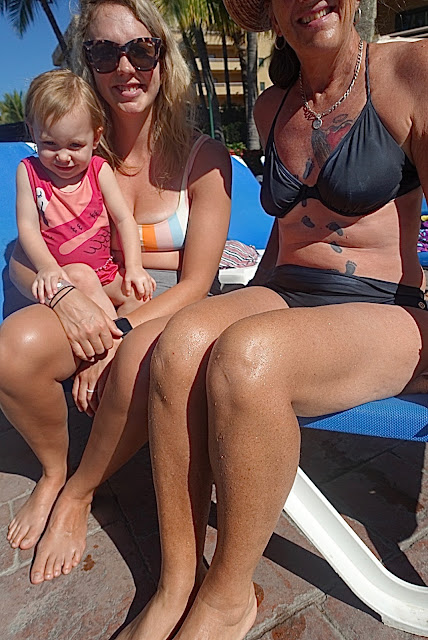 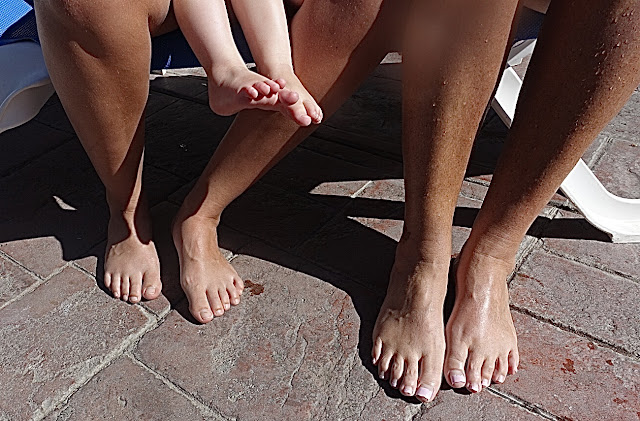 We were able to arrange a check out at noon instead of 11, then took an Uber to the airport and luckily Jane could get rid of her gigantic suitcase immediately. We had lunch and visited until 2:30 when I thought I should get going because I didn’t want to be arriving in Guayabitos in the dark and I had no idea when buses left PV.  I got to the bus depot and bought a ticket with 6 minutes to spare.  By 4, which is my old 5, I was in my room which I think is going to be great- 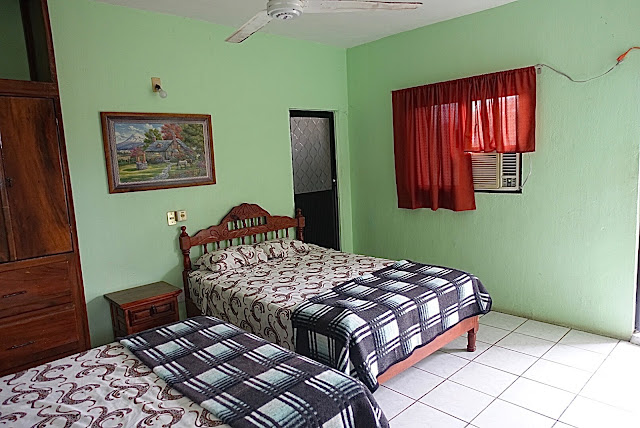 There is no “kitchen’ but they’ve set up a hot plate on the deck with chairs and a table and there is a fridge in the lobby I can use.  I really only like to cook breakfast so it’s all going to work out just fine- 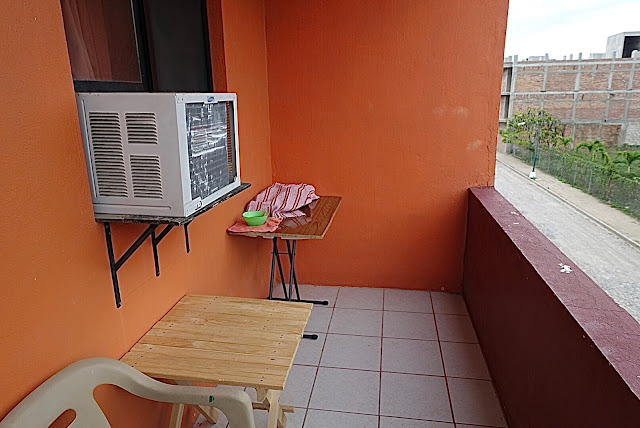 I went exploring the town which has a nice “Main Street” with many shops.  The beach is a bit of a disappointment, even though it’s lovely- 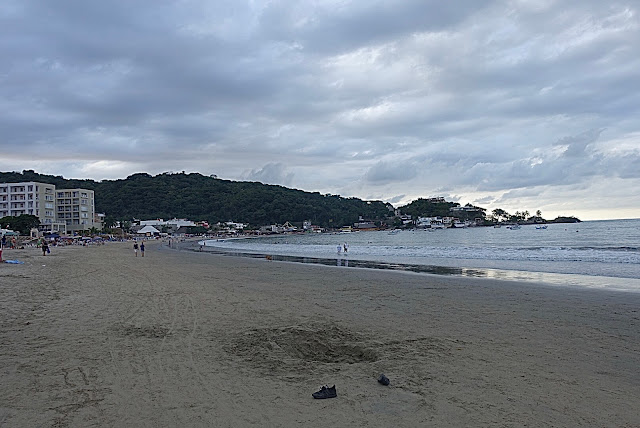 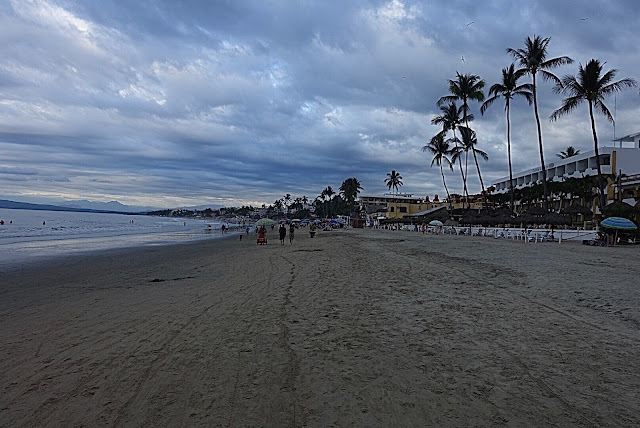 because as far as I walked, there are no bars where a person can just lay on a chaise longue for the day, enjoying the sun and surf.  It seems everyone brings their own chairs, music and umbrellas and parties- 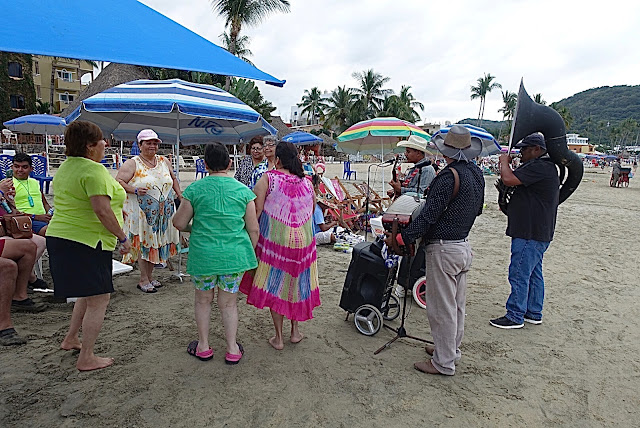 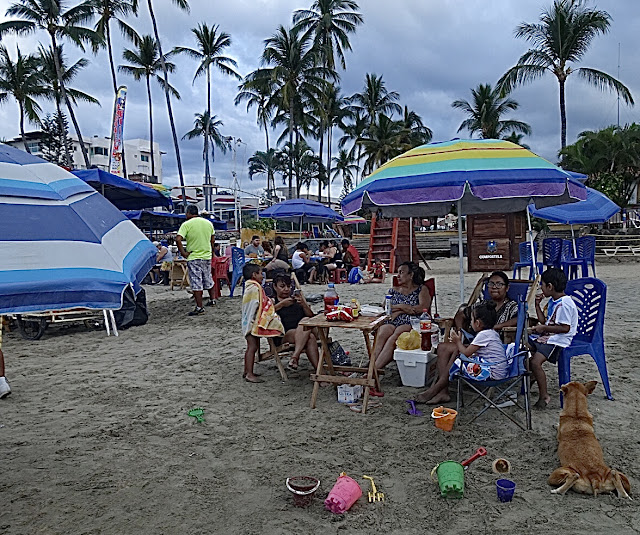 I’ll have a better look tomorrow.  My place has a nice pool and I’m only two blocks from the beach. I can probably borrow a chair from here to take to the sand but looking at the weather, the next week to ten days is supposed to be cloudy and rainy!  I’ve got a tv, supposedly with lots of English channels so if it does end up rainy, I’ll have something to do. My burned body could use a day or two of rest from the sun anyway!

Looking forward to meeting up with some North Battleford people tomorrow!