It was a cloudy rainy day so we took a taxi to Bucerias which is only 10 kilometres away.  We walked through the market and the venders were really funny saying things like “Come on in and buy things you don’t need!”  Jane paid too much for a pair of earrings in my opinion, but she liked them and thought $14 was okay - she’s probably right. 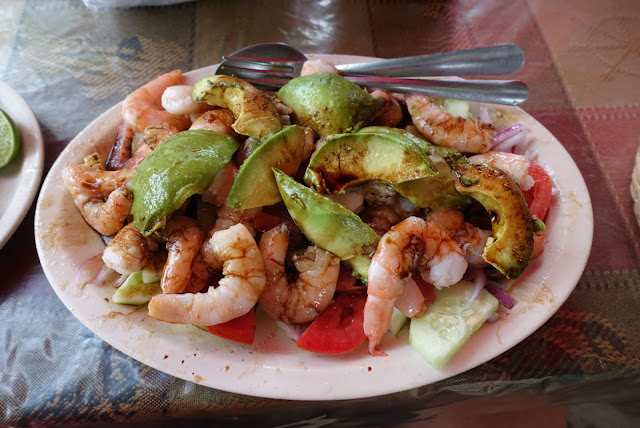 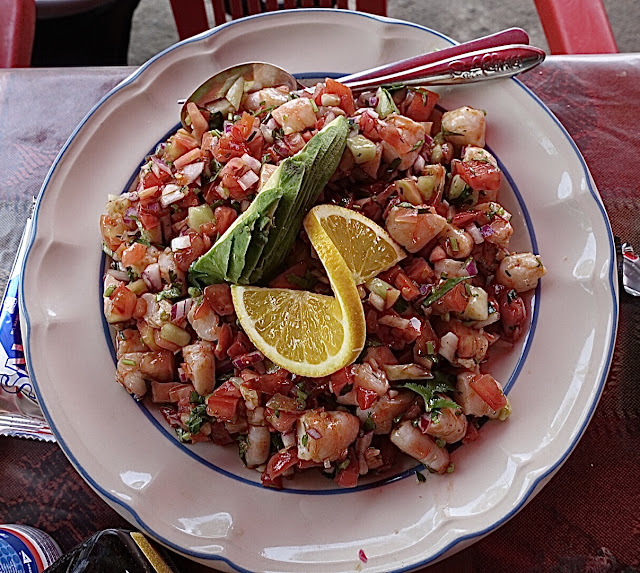 The kids didn’t eat many camarones, but they sure liked the soup crackers- 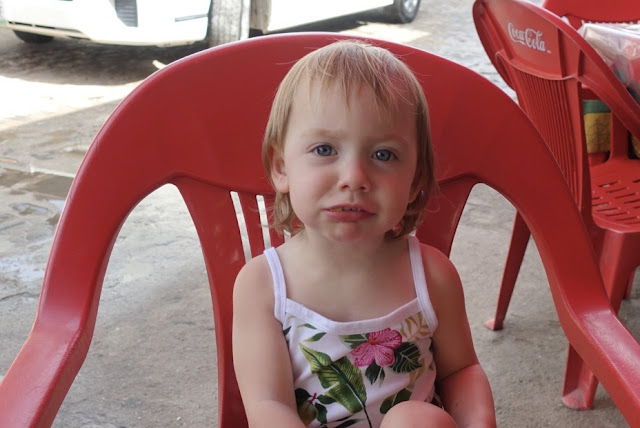 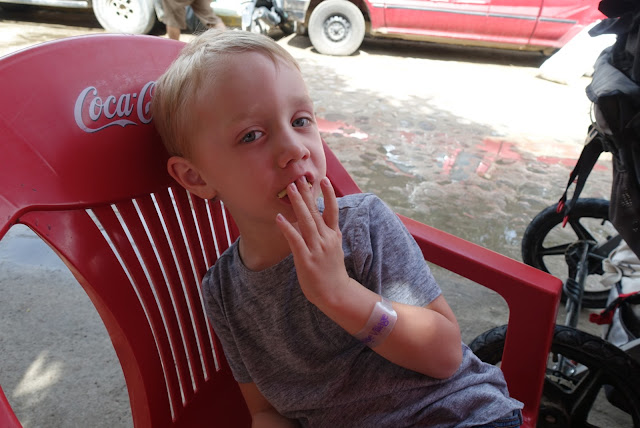 Most outdoor restaurants use plastic chairs which are comfortable enough.  Mariscos Villarreal is huge. There are tables along one side of the street, there’s an open air restaurant under a roof on the other side of the street which is right beside the prep kitchen where they were busy chopping- limon, tomatoes, cilantro, pepino, shrimp, octopus and white fish.  A man was also taking the first layer of shell off the oysters.

We went down to the beach which was gorgeous- 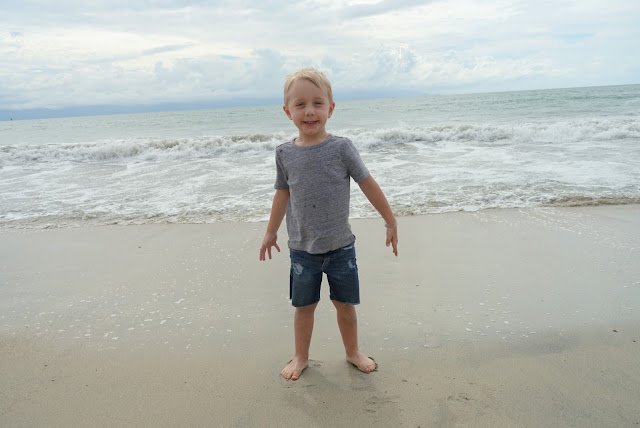 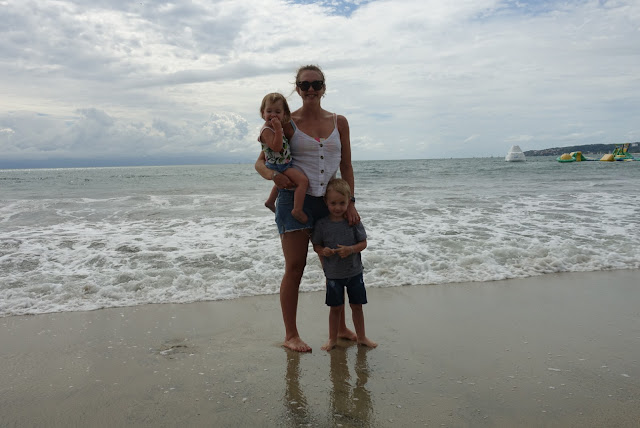 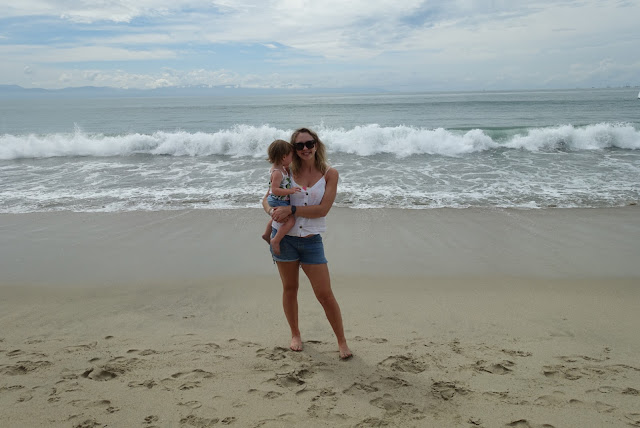 where Nico played in the sand, ate part of a hamburger that he just had to have and avoided the beach. I think the sound of the crashing waves scares them but eventually they got a bit braver.

We caught an Uber back to the resort and wandered around in the sprinkling rain.  We went to the pool which was completely deserted - very weird.  I had my daily dose of piña coladas and Andi passed by a flower that was bigger than her head- 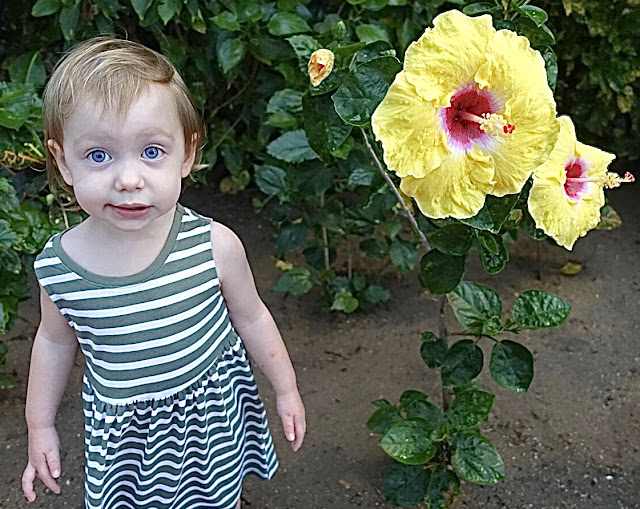 We are looking forward to having the sunshine back tomorrow!