Tlaquepaque is a town that has been swallowed by Guadalajara.  It’s mainly for tourists and to be honest, I don’t know what the attraction is but it’s where I spent the afternoon.

I took the bus there and back and you sure have to be on the ball.  The buses come down the street really fast and if you don’t get your arm out quick enough, they just whiz right by.  Sometimes they have two or three route numbers on the front, sometimes a route number is up on the flashing sign.  I missed the first bus I needed and had to wait another half hour.  It wasn’t even in the lane by the curb and went by before I even saw it!

The tourist area in Tlaquepaque is probably five blocks by four blocks.  There are a lot of bronze sculptures scattered around including Hidalgo declaring Independence- 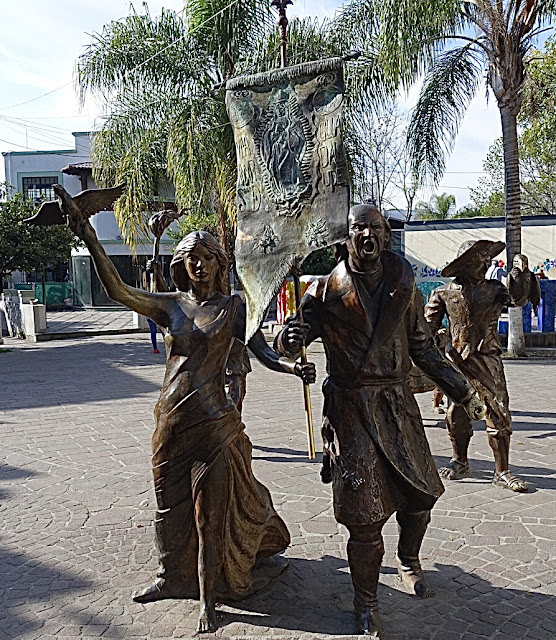 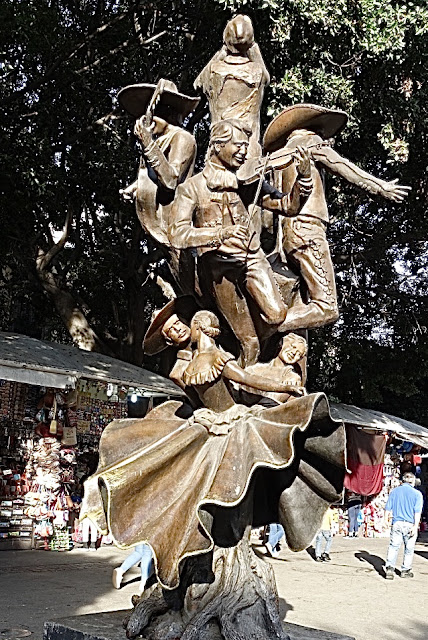 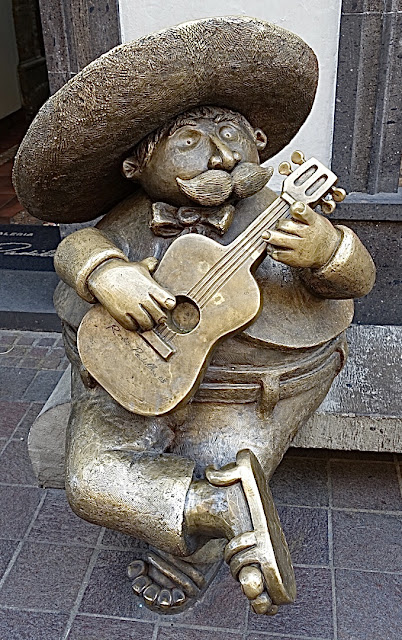 A gallo, a sound I’m not missing all night, every night- 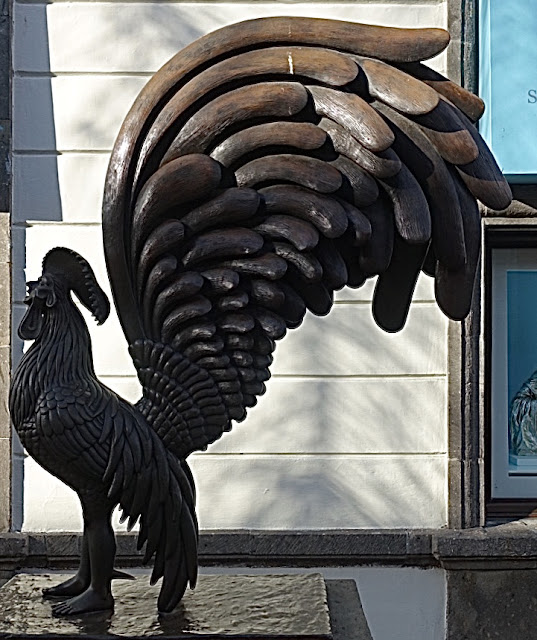 A fat Mexican - come to think of it, I haven’t seen one sombrero, not even for sale in the tourist shops- 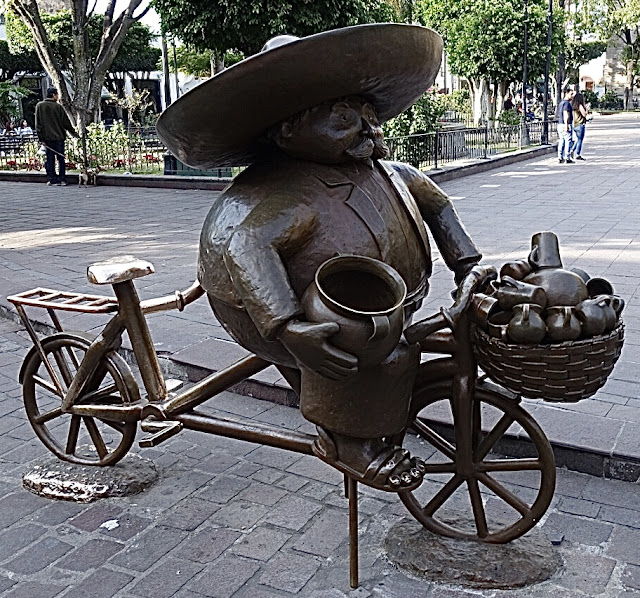 Not sure what this is about- 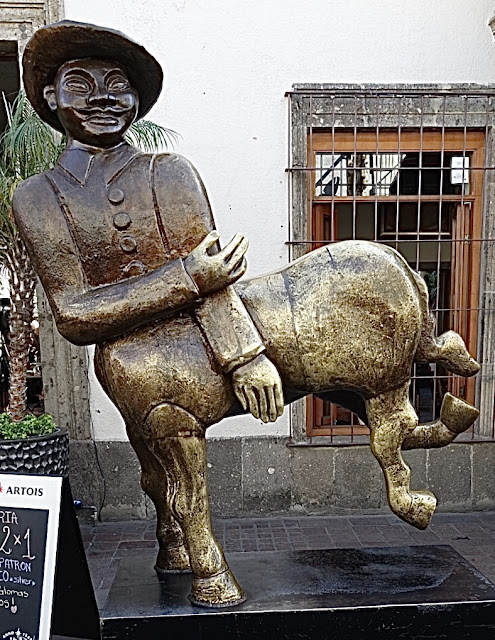 There are some restored mansions- 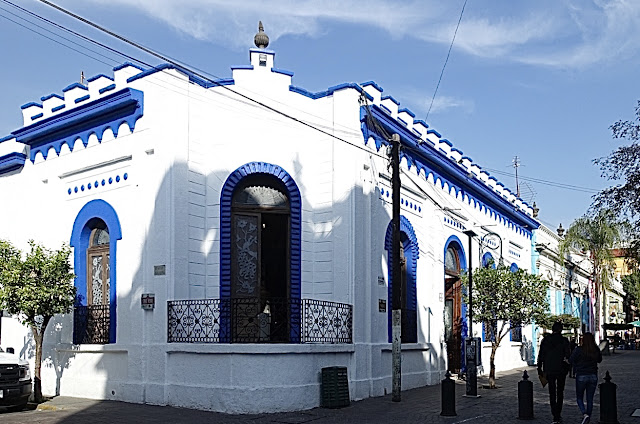 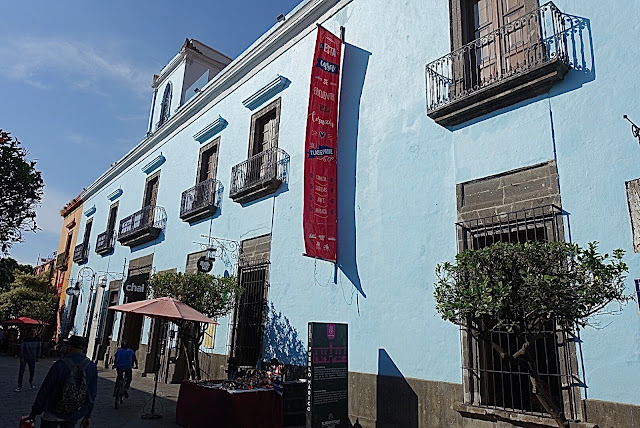 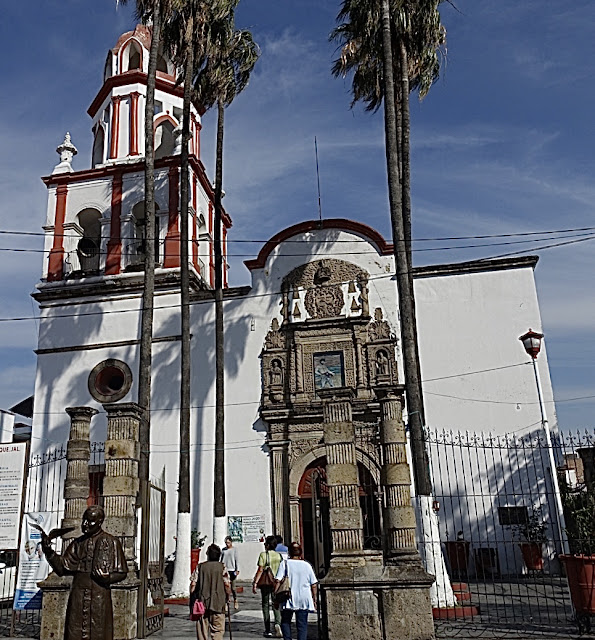 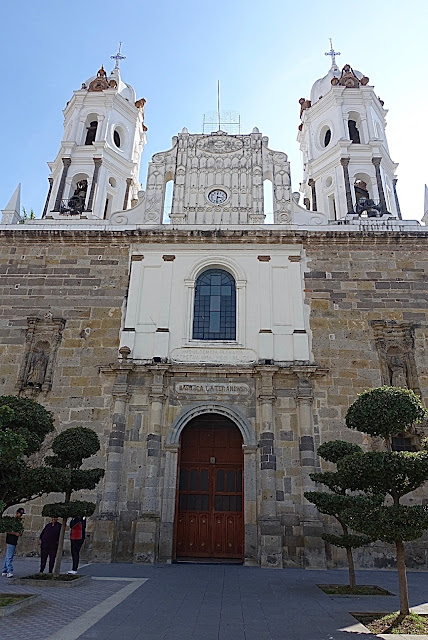 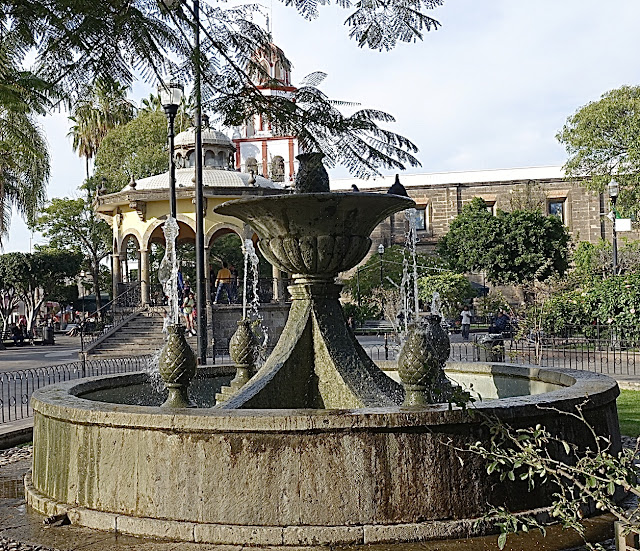 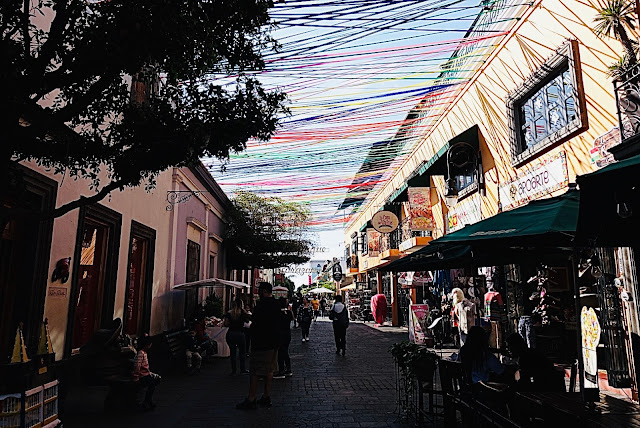 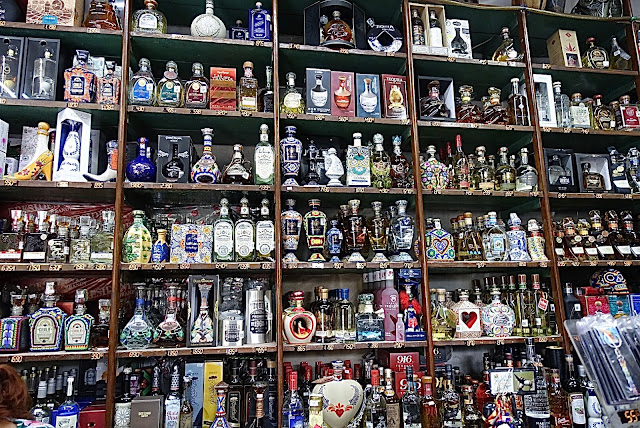 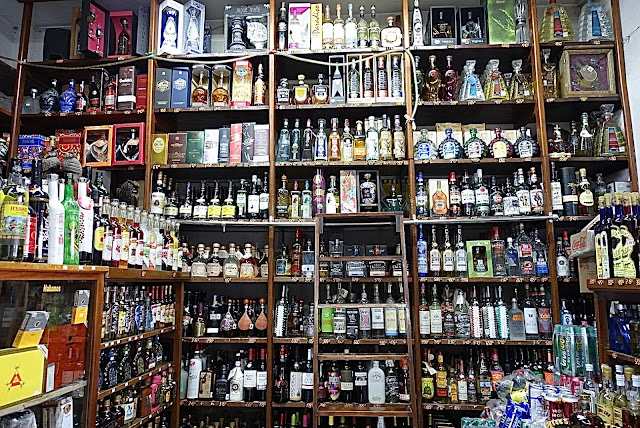 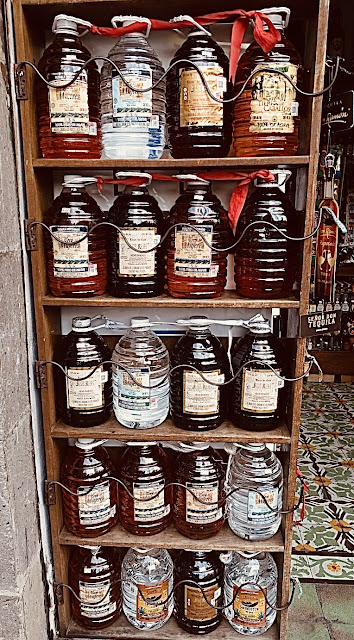 Murals with anybody who was anybody in Tlaquepaque represented- 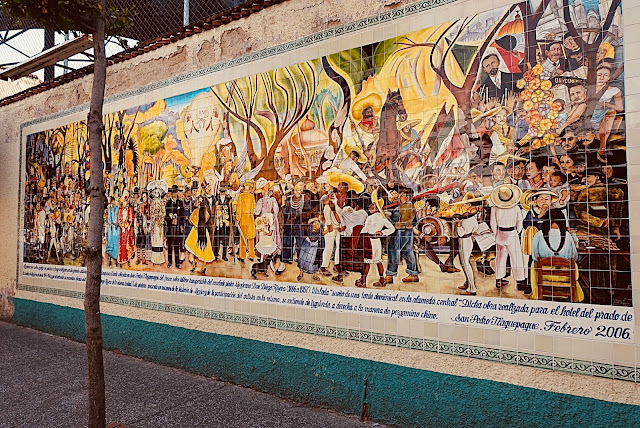 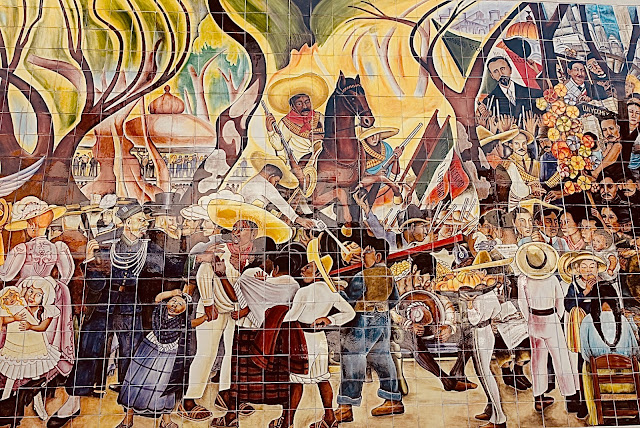 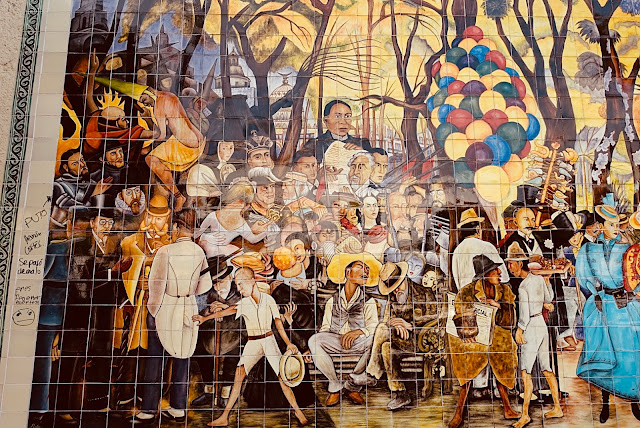 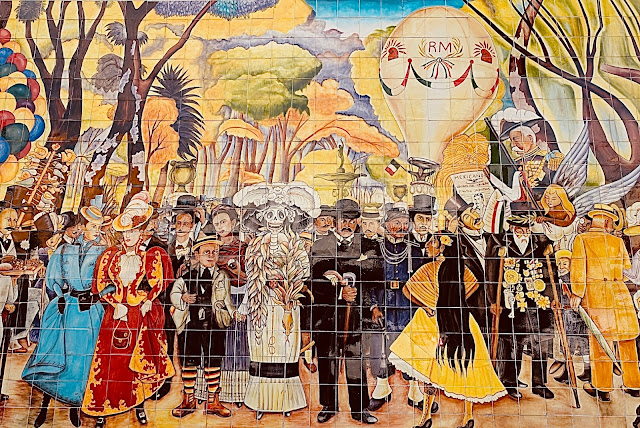 City hall was built in the 19th century- 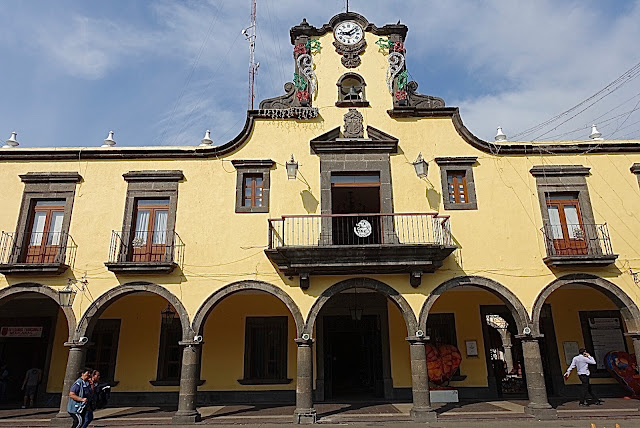 And all kinds of street art- 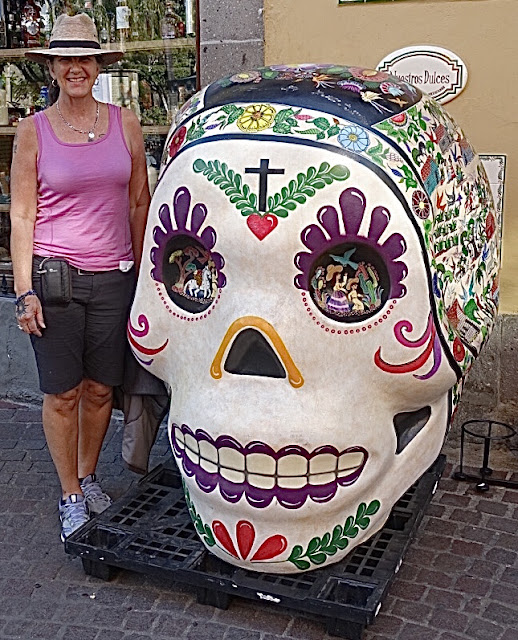 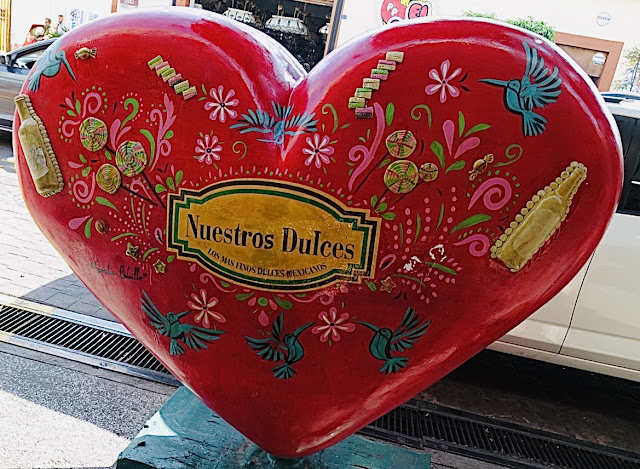 Don’t forget the sign, or the ‘letters’ as the locals call it-

For lunch I had chicken mole in the local market and a beer later on in a cervezeria.  I like how they just add “eria” to any word to make it a shop.

Once back in Guadalajara’s centre, I strolled past Templo de Aranzazu- 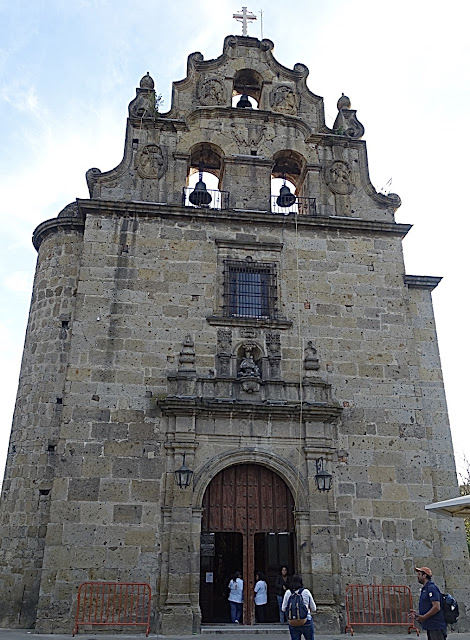 which is very ornate- 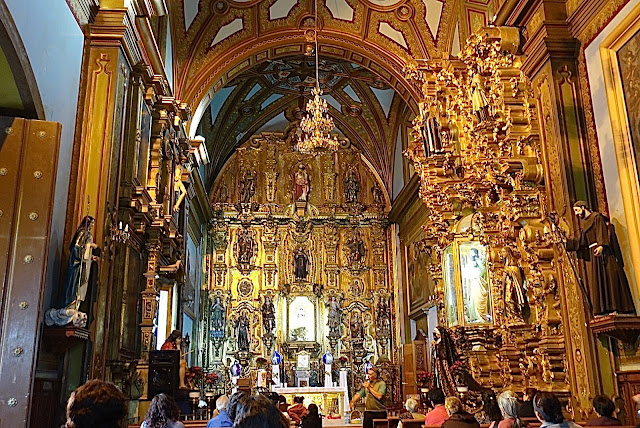 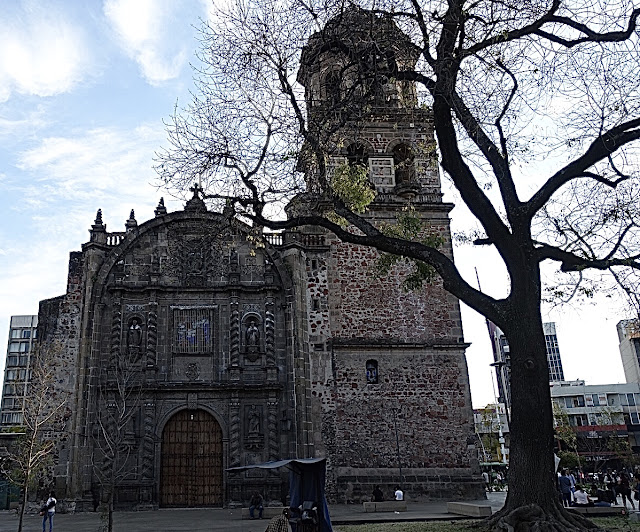 I walked to the cambio street and got 18.10 pesos/US dollar.  I tried at an Electra in Tlaquepaque but the computer told the teller not to give me any money.  They take a copy of your passport and need to know where you’re staying.  So weird.  She asked when the last time was I used Electra and it was in Mazatlan.  She made a funny face, I’m not sure what the screen was telling her but I walked away empty handed.  Downtown at the cambio place, I gave the teller my money, she gave me pesos.  Simple.  No questions asked.

I had an okay day - I’m not sure what I thought Tlaquepaque would be like and am not sure what I’m going to do tomorrow.  I’ve pretty much seen everything that interests me and there aren’t many English movies playing so it might be a slow day.  I don’t mind lazing in the sun.
at January 09, 2020