I stayed up way too late watching Netflix’s Dead to Me.  It’s very good and is only 10 episodes of 30 minutes so you’re not marrying the screen for a long series. However of course, I was awake at my usual time which is before 6 so it’s been a long day.

It was a beautiful day and there was just a breeze.  My first stop was at El Jardin which was back to normal - people wise.  There was space to breathe! 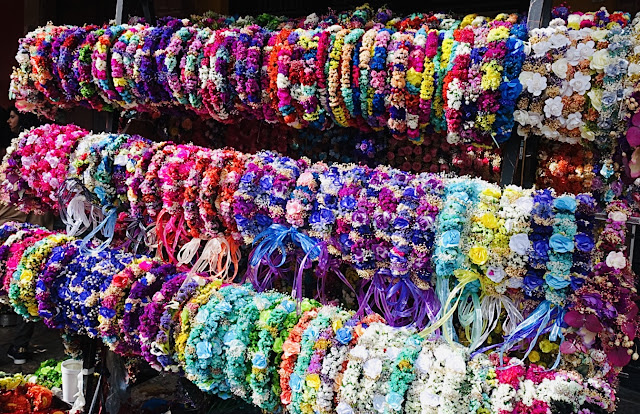 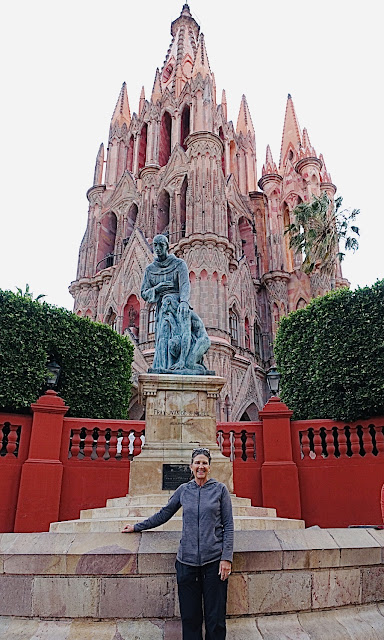 Walking along, the doors are lovely- 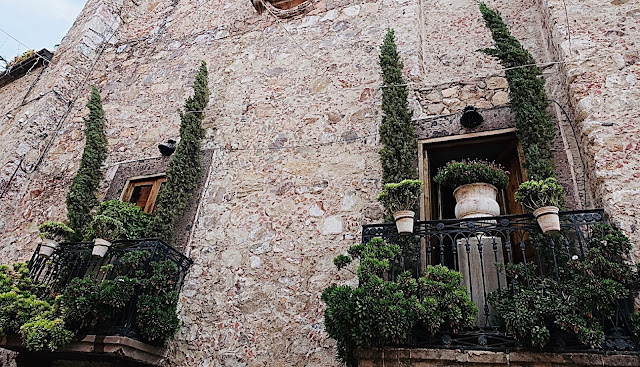 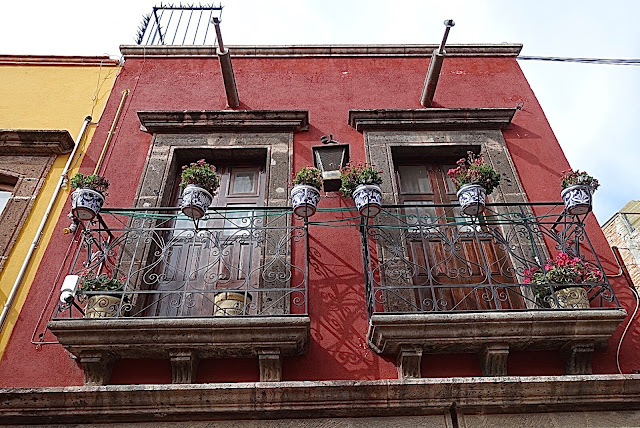 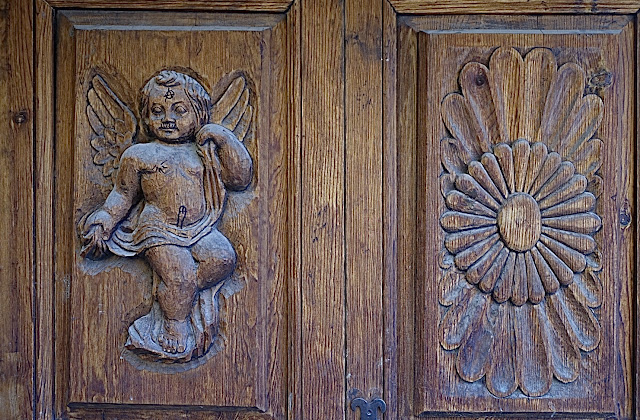 And so are the knockers- 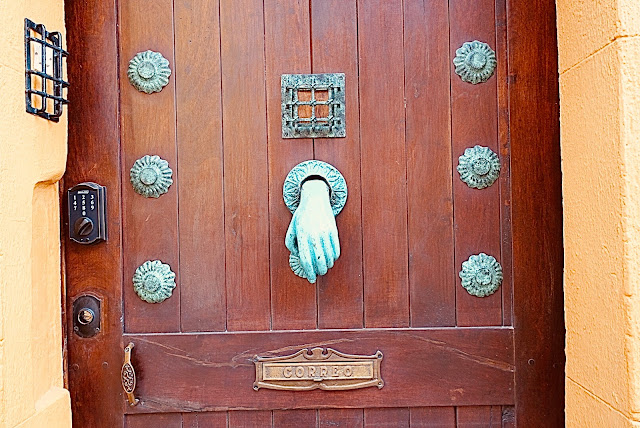 The cobblestone streets wind and twist- 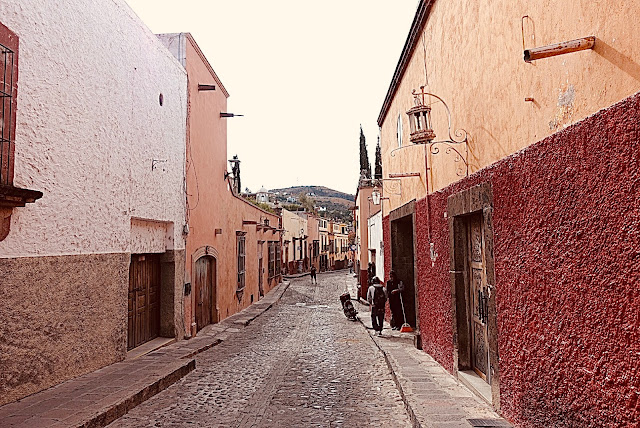 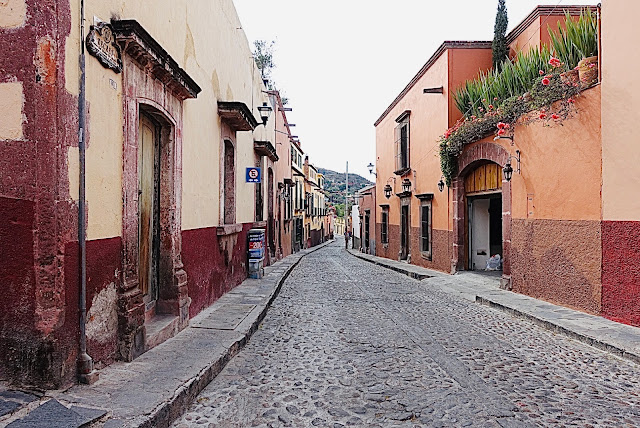 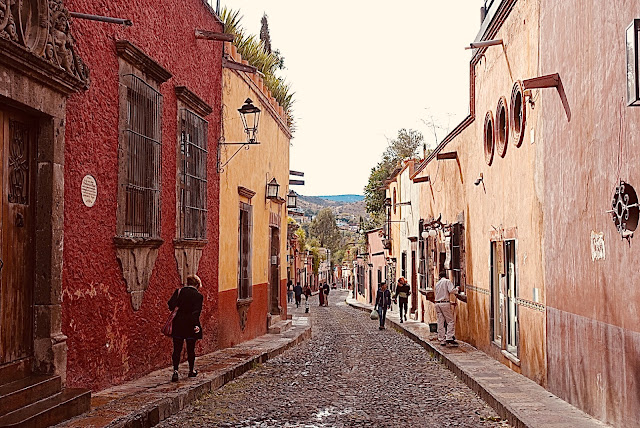 I was very angry when I read this poster outside the Plaza de Toros.  Why didn’t I stroll down here a few days ago?????- 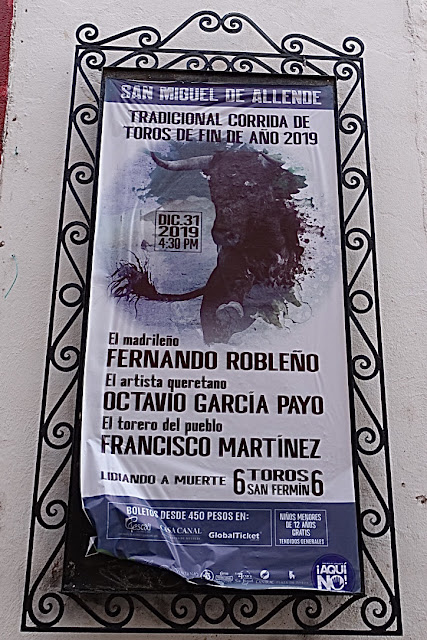 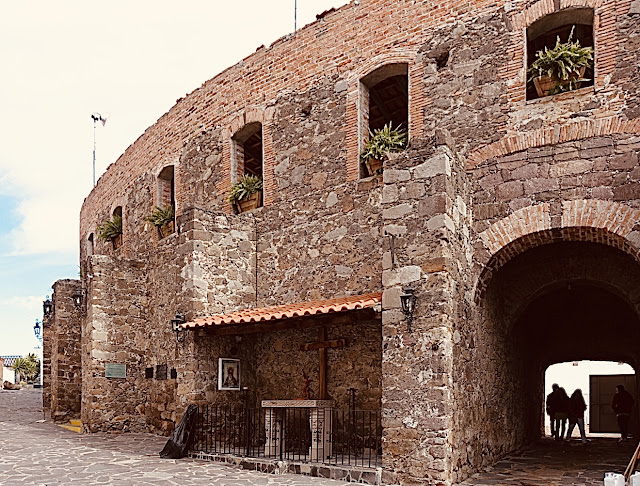 It’s a small ring and costs $31 to attend.  Now, knowing they still exist, I’m really hoping there will be one in Guadalajara next weekend- 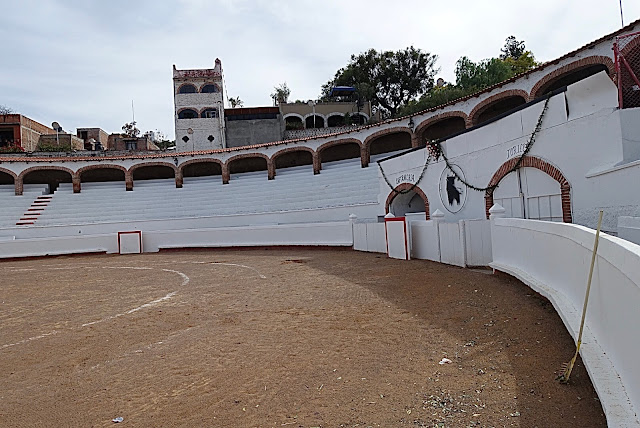 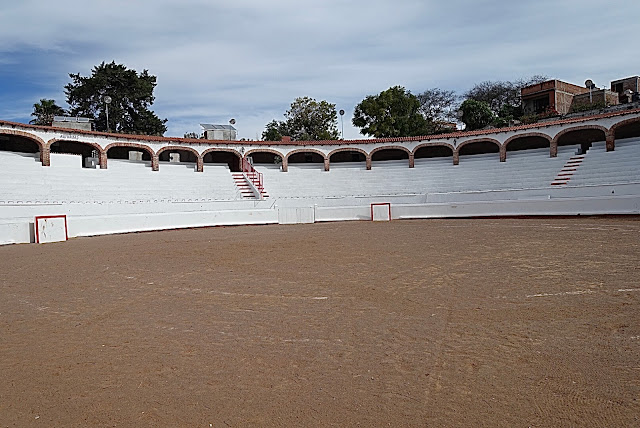 I happened upon Barrio del Chorro which is a community dating from the middle of the 18th century.  There were about 244 homes inhabited by more than 2000 people.  There were public baths and a large water tank because the Moctezuma River flowed through the community so they controlled the water to the rest of the city.  It’s mainly park now although cultural events are held here- 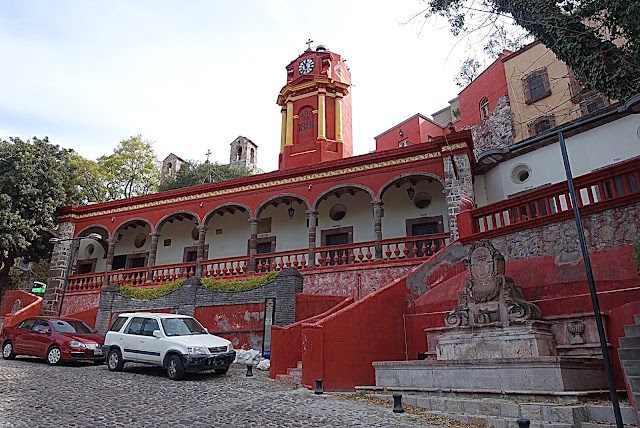 And of course there’s a fountain-

Higher and higher I climbed- 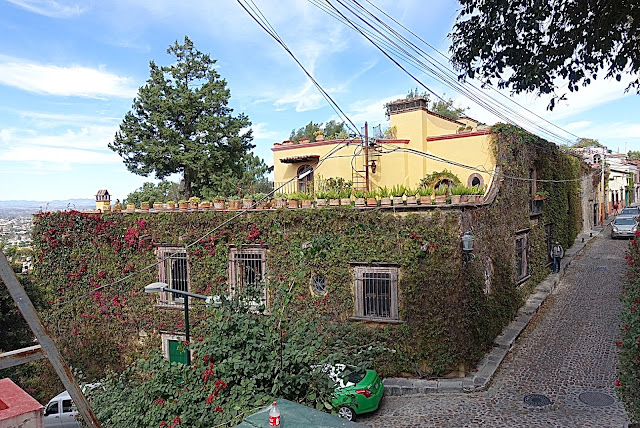 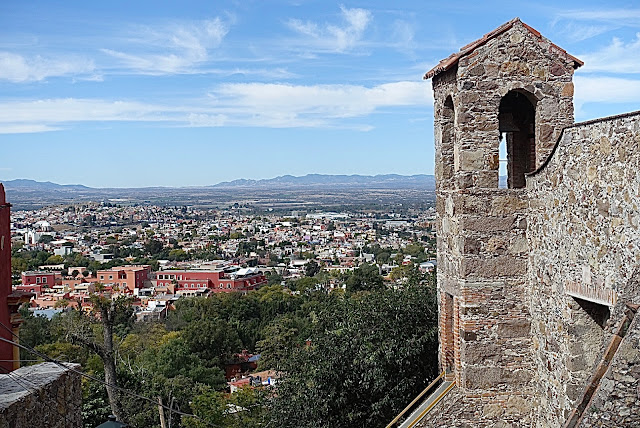 Until I reached El Mirador where I sat for close to two hours, enjoying the view and sunshine- 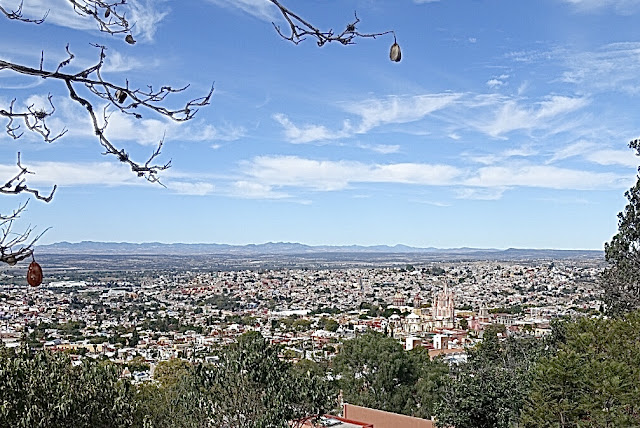 Across the street was a shop that sells San Miguel’s  craft beer so I tried the oscura.  I like to support local but it never tastes as good to me as a ‘regular’ beer- 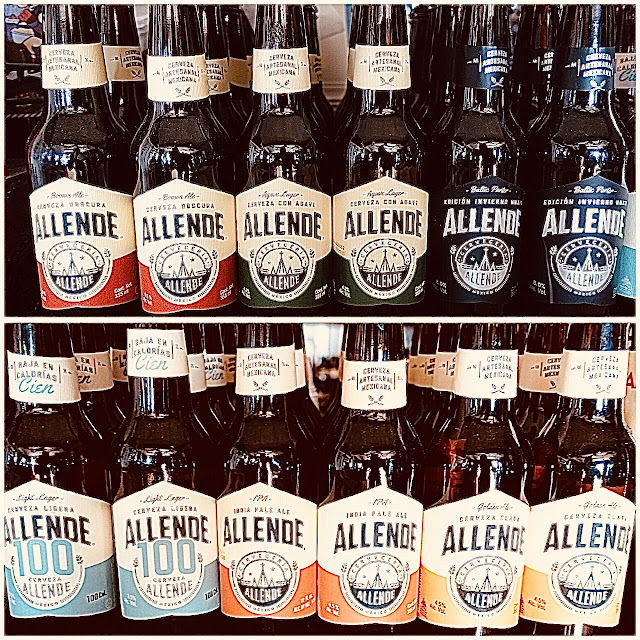 I caught a bus to Cinemex and had time for lunch at....... McDonalds. I needed something fast but my God.  My order was completely wrong. I didn’t want ice in my drink - I had ice.  I only wanted one patty on my burger - they gave me two.  I wanted my fries really hot - they were cold and the second sleeve was just as cold.  Oh well.  I went to the Clint Eastwood directed movie called Richard Jewell.  It’s about Jewell who was a bit simple I think and a security guard in Centennial Park during the Atlanta Summer Olympics when the pipe bombs exploded. He was accused of being the bomber - but wasn’t and so that’s what takes 2h20 minutes. It was really good and I would highly recommend it.

I caught a bus back to El Centro then walked home.  I’m enjoying my room tonight - no late Netflix!