Breakfast was..... a donut and Nico only ate the icing off the top- 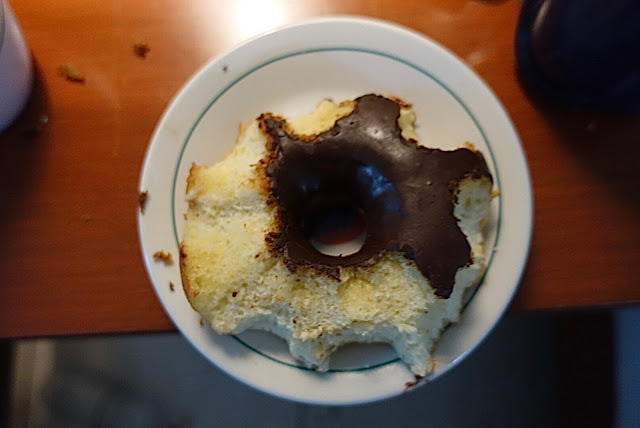 Leaving our building there’s a banana plant in flower- 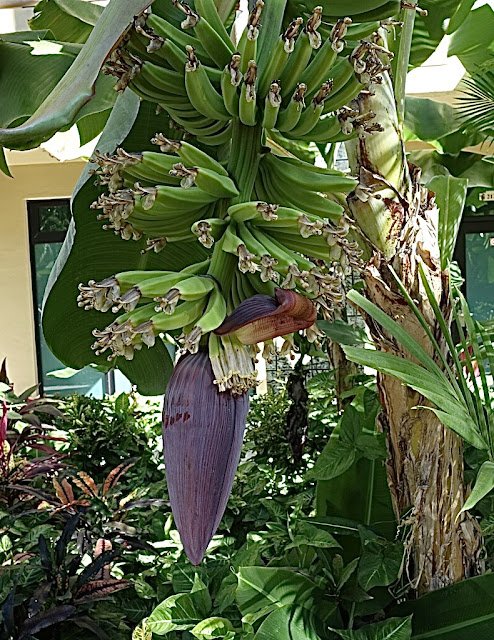 And larger bananas ripening with monkeys hanging out on the side- 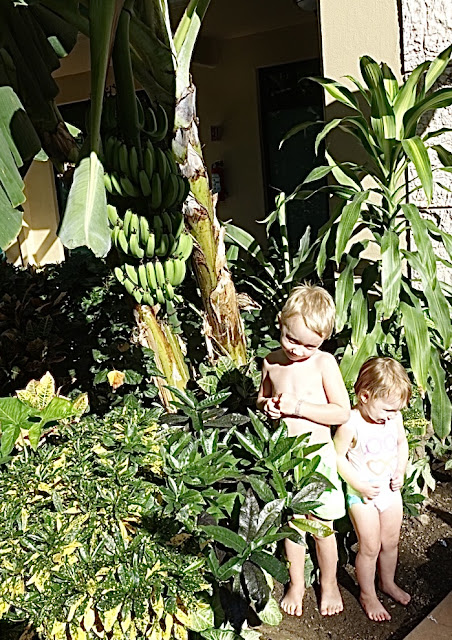 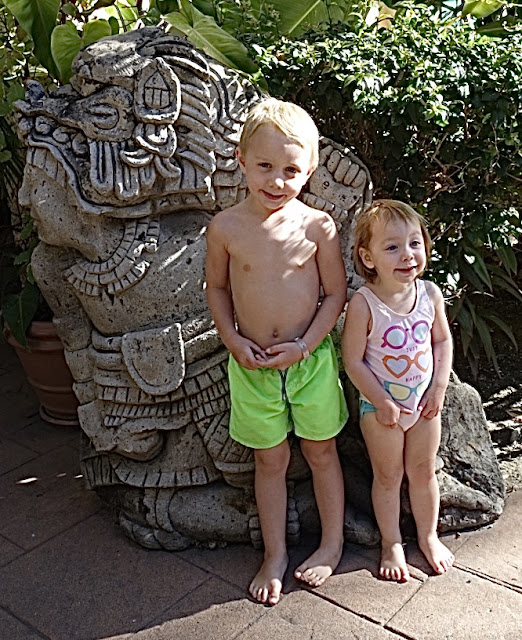 At the entrance there’s a nice waterfall- 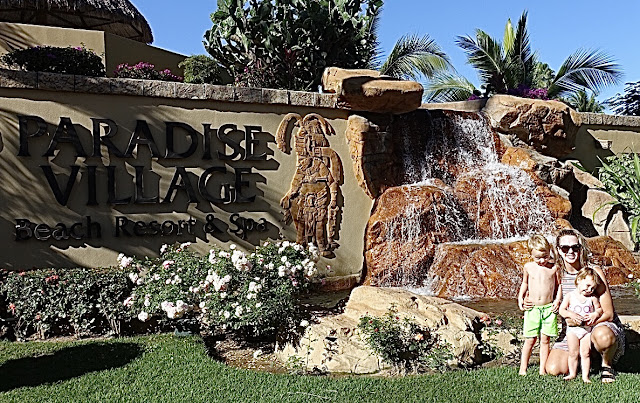 It was another great day at the beach- 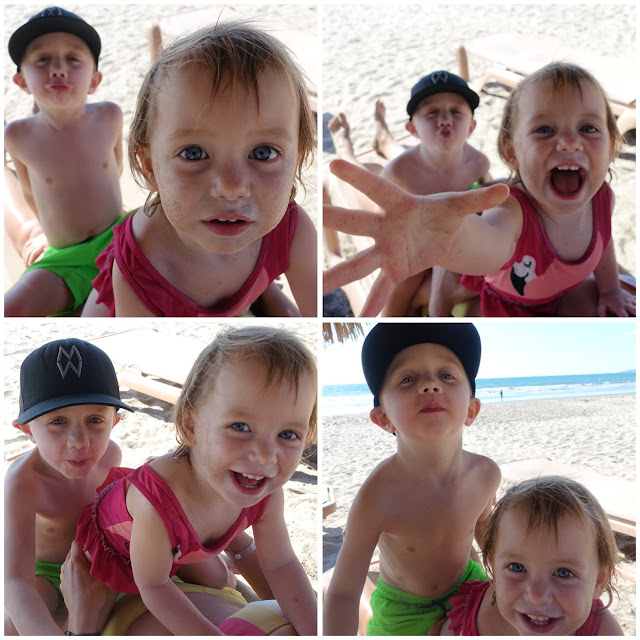 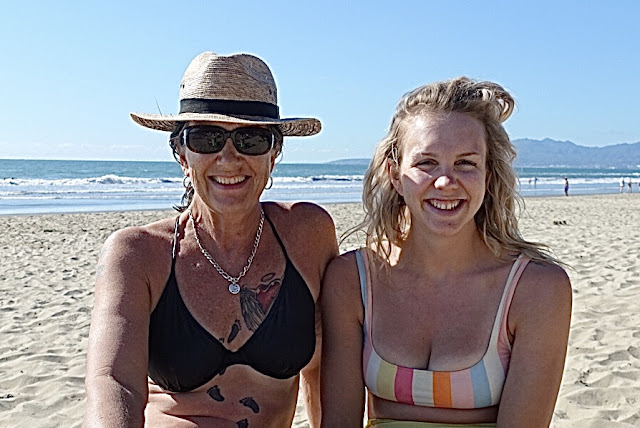 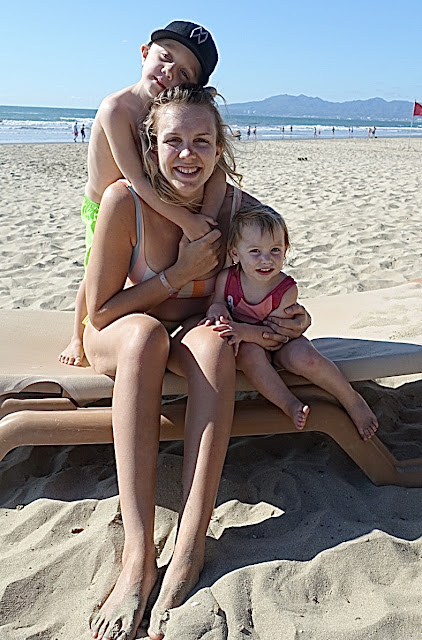 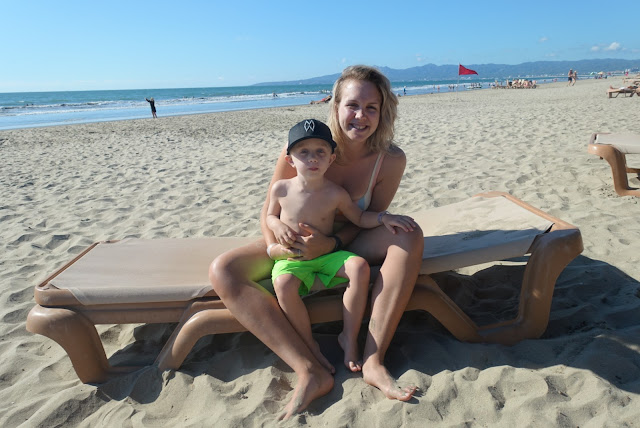 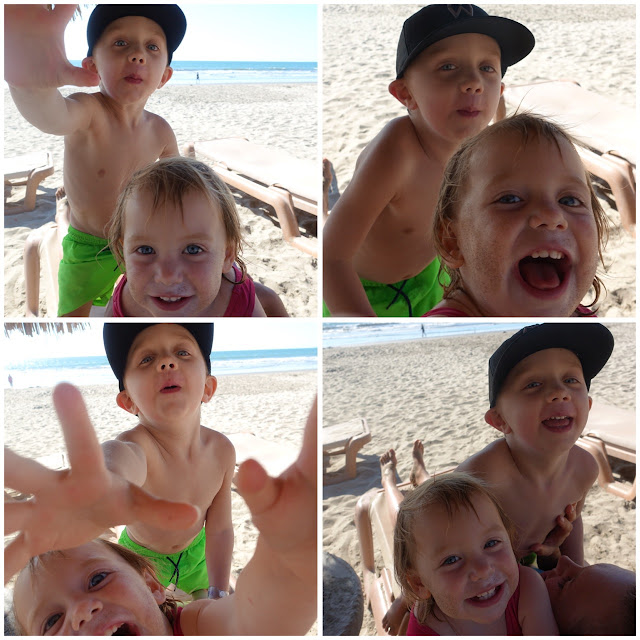 The last two days Nico spent a lot of time getting demolished by waves.  He called it “fighting the waves”.  Yesterday there was a very strong undertow which I didn’t like but not today.  The stronger the force the more he loved it.  He has become very cocky in the water which is good and bad.  Andi got braver too, giggling and squealing when she got hit but only as high as her chest.  Any higher and she ran for our chairs!

I visited with three couples from New Jersey who talked just like the stereotype implies.  It’s their daughter in law who is writing the article on tattoos.  One of the men had the question sheet out as I walked by and asked if he could ask me some questions.  I asked if they were about my tattoos and he looked at me surprised.  I said a curly haired man had already asked me.  That man turned out to be his son in law but he asked if we could talk about them anyway.  We had a few laughs and then Nico came over to tell me my drinks were waiting!  Gotta go!

People come to the beach early to reserve front row chairs.  We usually end up third or fourth row back until around 3:00 then the old people leave and we move up.  At 5 we order hora feliz drinks - piña coladas and mango smoothies.  We have quite a routine!

Jane is a wonderful Mom.  She is patient, kind, gentle and loving.  Nico and Andi absolutely adore her!  I’m so lucky to have had the privilege to spend the last two weeks with them.  It’s been awesome and hopefully two week holidays become an annual event!

Tomorrow they fly home around 4 and I’ll take a camion to Guayabitos.  Time is flying!
at January 28, 2020