I thought I had escaped the cold- 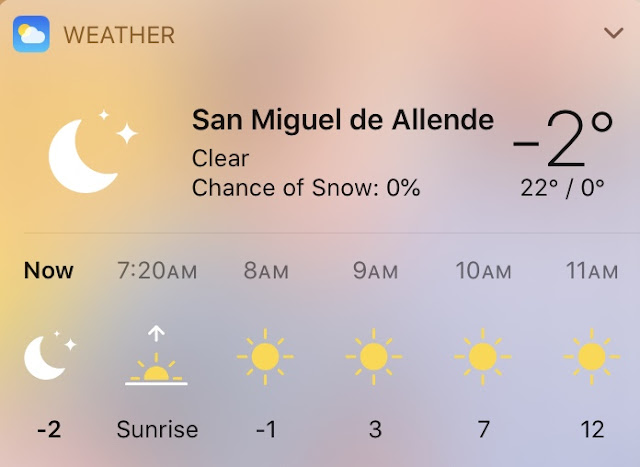 I was sad to leave my nice room but had pretty much seen all there is to see in San Miguel so I caught the 10 am bus for Guadalajara.  It was the milk run as we stopped in Guanajauto and Leon before arriving.  I wasn’t feeling very well - I had stomach cramps so wasn’t looking forward to a 5 and a half hour bus trip.  Once in Guadalajara, I hopped on a city bus to come to my AirBNB.

The city bus was pleasant enough and a woman sat down beside me - holyeeee.  The man with her had to lift her up to get her in the bus.  She was wearing a bright red chiffon dress with a lot of lace, high heels, her nails were sparkling silver, she had on many rings and bracelets and her makeup- 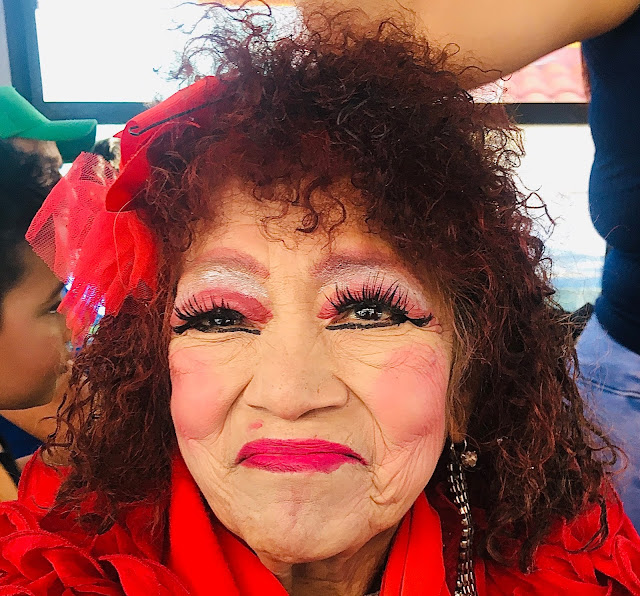 She said her name was Alli too.  Fricking hell.  I think she was crazy but she was friendly enough.

My phone/cellular plan seems to have died too.  There is wifi on the bus ... sometimes, so I was able to communicate with Christian, my host.  However, once off the bus, nothing.  I kept getting TelCel messages that my plan was finished, which I know isn’t true so I didn’t know if that was fake or what.  I stopped at an OXXO to put more time on my phone and it said my number had been canceled.  So I was without a phone.  I got to my place but obviously no one was there to meet me because they didn’t know when I’d arrive.  I had made arrangements to text when I was in town, which I couldn’t do.  Luckily, or not - it is VERY noisy, there’s a bar below the apartment and they allowed me to use their wifi to contact Jorge who was to come and let me in.  Eventually it all worked out.

My room is nice- 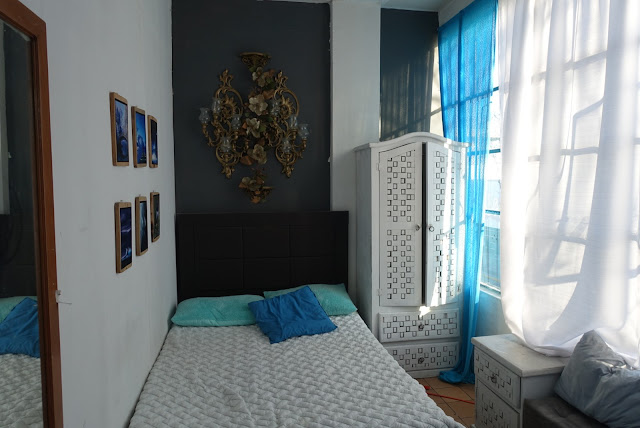 And so is the living room- 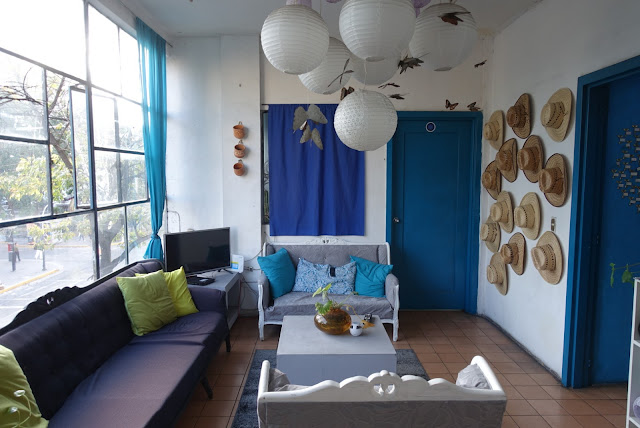 I had a luke warm shower - those stupid electrical shower heads don’t always work so well.  The trick is to have as little water as possible coming through the head but even that didn’t work.  And not feeling well didn’t help.  I was so looking forward to a hot shower.

I think I’m in a place for gay men.  Two guys who are also staying here came home - one bed, two guys...  and I think Jorge is Christian’s boyfriend.  And Christian’s brother Franco also lives here and I saw him going into his room with another man.  All of that just means I’m safe!