OMG!  That’s all I can say.  The only thing in the world that causes me anxiety, besides hospital tests, and that’s from living with Nico’s problems for seven years, has proven that I had a reason to be anxious.  I missed my flight!

I was up plenty early but waited until first light to walk the six blocks to the Main Street where I was told, by an employee at the bus depot, that I could very easily flag down a bus going to the airport.  So, I was there at 7:30 and three buses went by.  Two did stop but just shook their heads at me.  So at 8, I decided to walk to the bus depot where I guess I should have gone to begin with.  If only I’d have known.  So, I bought my ticket and was on the milk/mail/slowest route in hell by 8:20.  It’s only about 35 kilometres but it took one hour and forty minutes.  The driver was an old guy who seemed to be driving like he was out on a Sunday crop tour.  It got worse when one of his friends got on and they chatted.  The bus route was very busy so the driver also spent a lot of time making change and stopping and starting.  The bus does not go into the airport, it just dropped me off on the highway.  To cross, I had to go up and over a huge ramp and then the run/walk began but it was difficult with my luggage.  From the highway to the terminal is 1.1 km.  Once inside the terminal, I eventually found the desk for Aeromar - there appears to be only one, but no one was there.  Not good because that meant the flight had been closed.  The woman at the next counter sent me on some wild fucking goose chase to find Aeromar’s counter and I ended up coming back to where I was to begin with.  They sent me to Aeromar’s office which is down a dark hallway but because they were loading the flight, no one was there.   I tried calling but got some voice message that made no sense to me so I went looking for information.  What a nice man works there!  He called Aeromar - no answer and then suggested I come back in about 20 minutes and he would call again and try to get me set up on the 2:15 flight which is the one I was going to take initially so I would arrive at the airport at the same time as Jane and the kids, however, I thought - what if that flight is cancelled for who knows what reason so I booked the earlier flight.  That was probably a good idea because if I’d have had the same things happen getting here this afternoon, I’d have missed that flight too.  Fricking hell.

Once my first flight left, the employees were back in their office. I managed to get another flight - they said the last seat on the plane so of course it cost a lot as in an extra $228 but at least I got here.

I had to wait about an hour in the airport for the family to arrive.  We caught an Uber to Paradise Village Beach Resort and Spa and got checked in, had supper and get the kids to bed.  It’s been a long day for everyone! 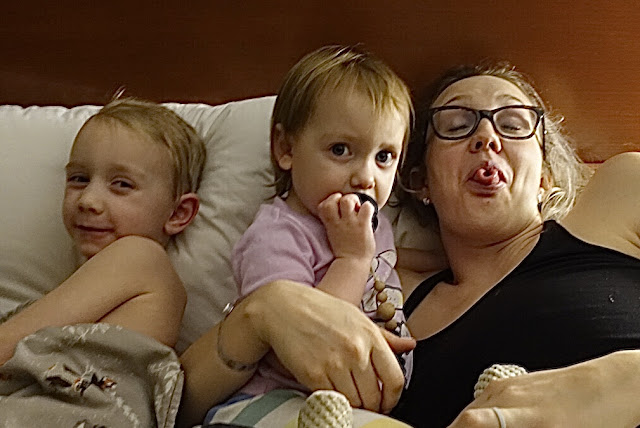