I took my time leaving Guadalajara, some on purpose, some not. 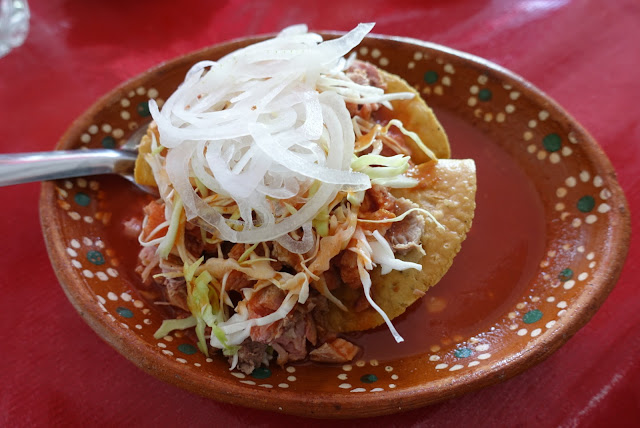 I finally left the apartment at noon because that was checkout time and after ten minutes waiting, caught a bus.  Sometimes two to three of a same number will go by and not the one I need.  Once I got on, it seemed to be going the right direction and then turned and went the opposite way.  I was watching on my phone and showing the driver and all of a sudden all the old people on the bus started arguing about where I needed to go to catch my bus to Ajijic.  Soon we stopped and a man was telling me, I think, that I had to change buses and he’d show me.  I was going to walk but he said it was too peligroso - dangerous.  Oh, whatever.  I hate it when people say that.  It creates a tension that may or may not exist, depending on so many factors.  So I waited at least fifteen minutes for the next bus and decided for $2.29 I could get UBER.  What Took me so long?  Along the way my driver said that there were some streets closed and routes changed so my bus probably wouldn’t have came anyway.

The bus depot was mild chaos but soon I was on my way to Ajijic.

It’s a nice lake town with a Malecon- 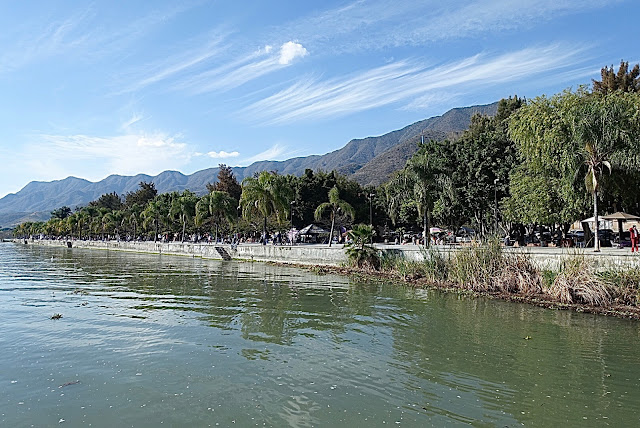 There’s no beach and the water smells- 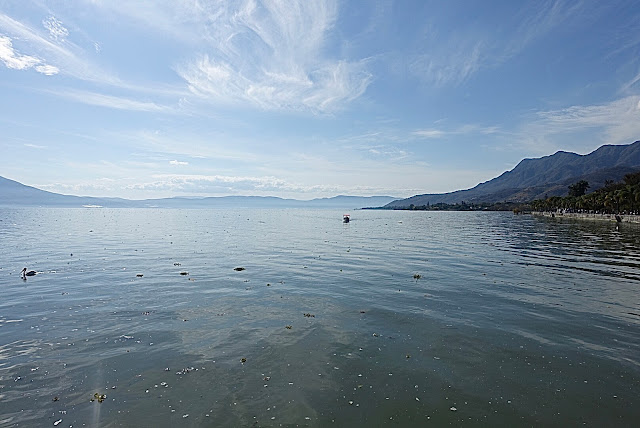 So it’s a resort kind of town.  There are many Canadians and Americans living here permanently.

After finding my house, I went wandering.  At first I thought this was a bar - 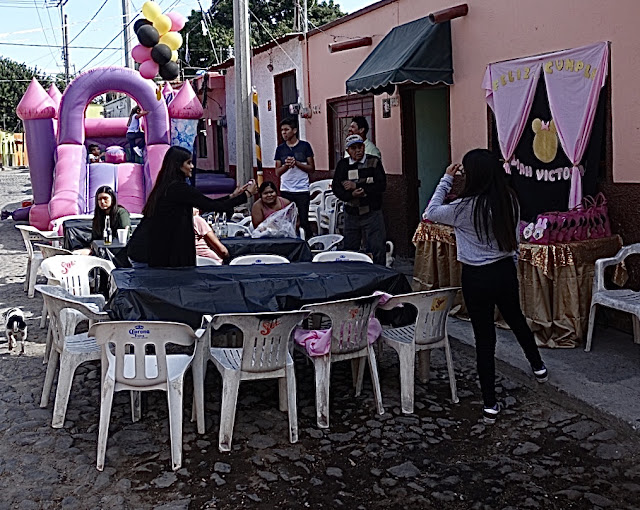 What a perfect set up.!  Mom and Dad can drink while the kids amuse themselves in the bouncy house.  But no, it turned out to be Victoria’s- 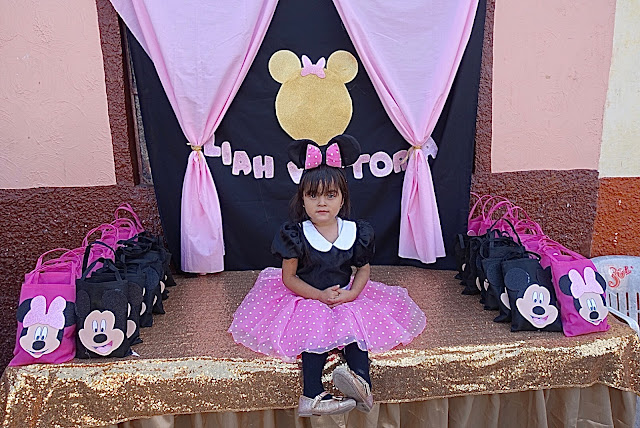 third birthday.  Those are gift bags beside her, stuffed with candy.

I came home and visited with Dyne who is originally from a small town outside of Santa Barbara, California.  He was a commercial diver - cucumbers, sea anemones etc. A good day was $1500!  Holy.  His Mom and Dad moved here in 1990 and a few years ago when his Mom got old and sick, he quit his job and came to look after her.  She died a couple years ago - he’s not sure the day??? maybe today, maybe next week.  Anyway..... since she died, he’s alone so rents out a room.  I’ve been lucky that most places on this trip, in fact this might be the first one not, I’ve had my own apartment but now I’m sharing his ‘home’ - it feels a bit weird.

I’m looking forward to wandering tomorrrow and finding a pescaderia for camarones. 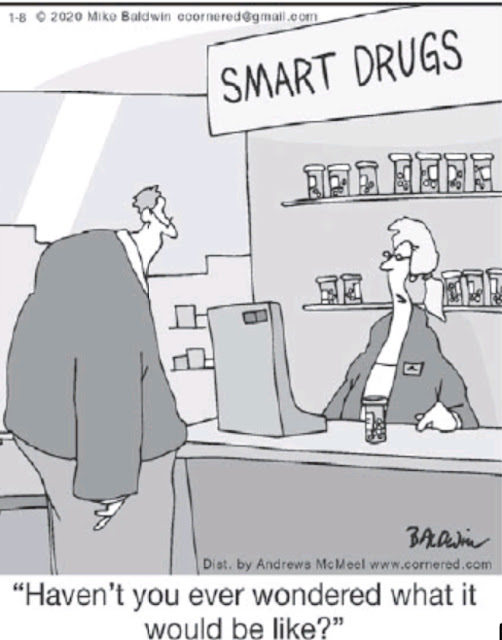