Argentinian Border and on to Salta, Argentina, December 6, 2017

I was up at 4:24 am to get the water on for a 5:15 breakfast.  Luckily there was a big moon and it was soon light.  Breakfast went smoothly and by 6 we were on the road.  It took 2 hours to get to the border and what a gong show it turned out to be. First a bunch of rally cars beat us- 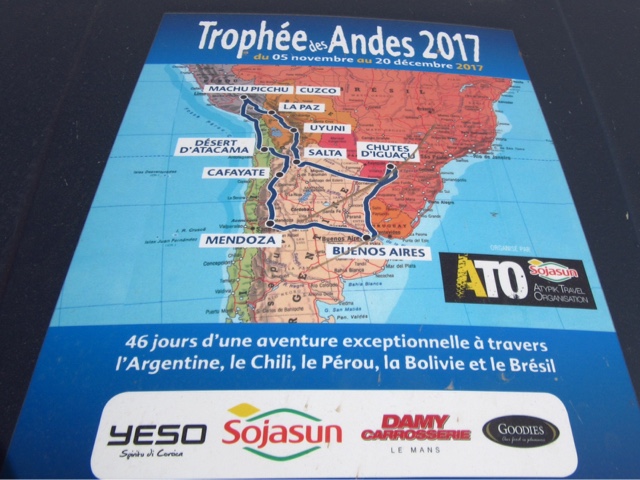 so they went first.  There were 2CV Citroens- 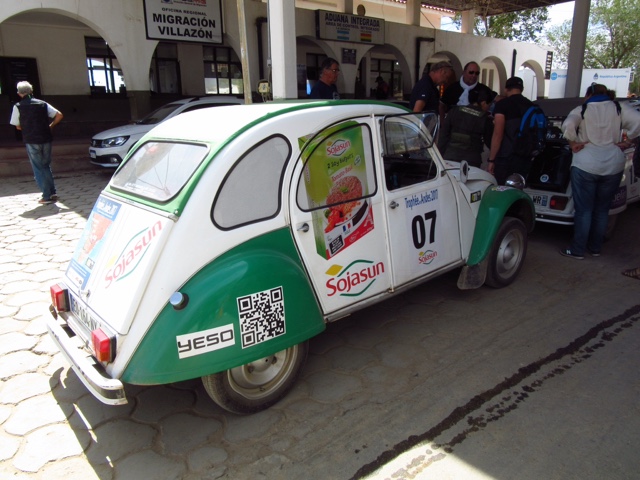 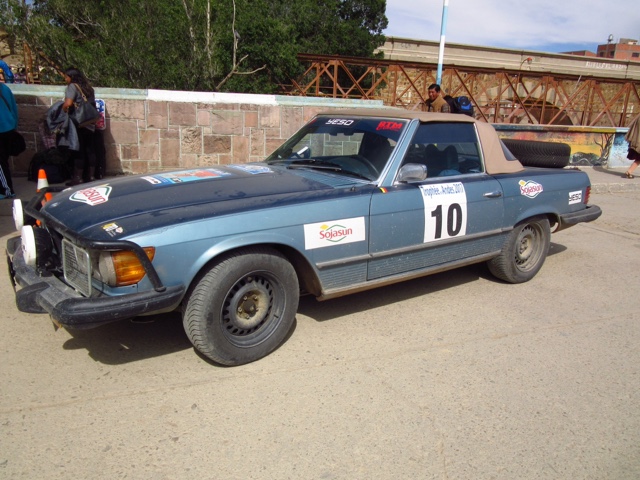 Once they were all through, it seemed to be our turn but the police would tell Ninja and Jono to park in one spot and when once there, they were told they couldn't park there.  Even if they went back to the first cop, he/she would deny ever having said to park there in the first place!  We lined up to cross into Argentina and once at the windows, after at least 45 minutes, were told we had to wait until the truck was released from Bolivia.  So we waited some more.  Finally the truck moved ahead a couple of blocks and Ninja gathered our passports:  we were a group and they wanted our passports presented as a group.  Once she got to the window, they wanted us to approach individually!  So it was 4 hours of contradictions.  Once we had our stamp, we had to take our luggage off the truck and pass it through an X-ray scanner.  We thought we were safe leaving our hand luggage on the truck but no, we had to go back and have it scanned too.  Luckily our food, cooking supplies, tents, sleeping bags etc were 'safe'.  We've lost an hour with a time change and we have 377 km to go to reach Salta where we're camping for 3 nights.  It might be a late night.
Along the way- 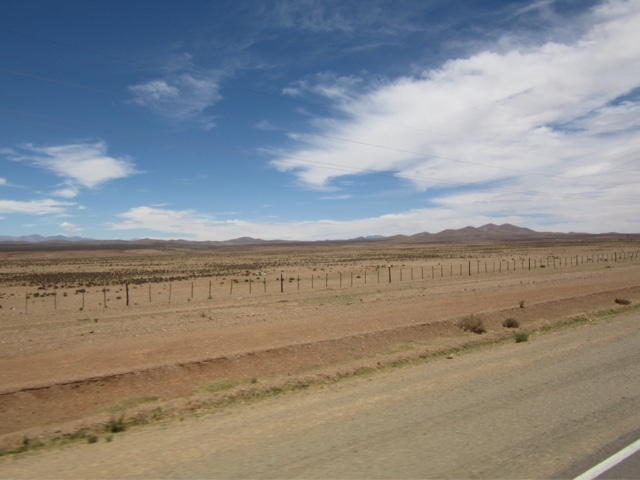 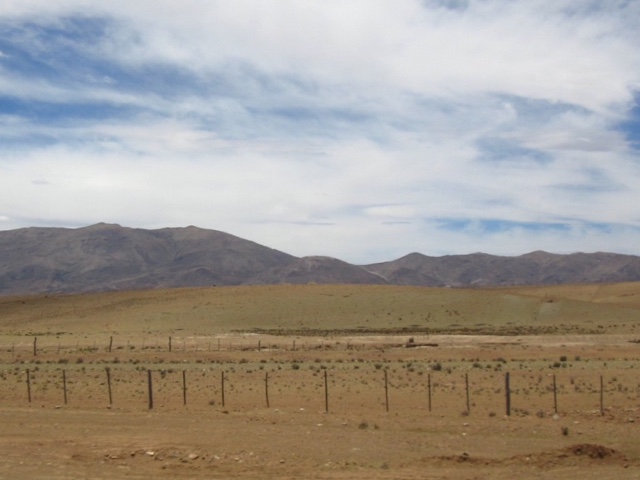 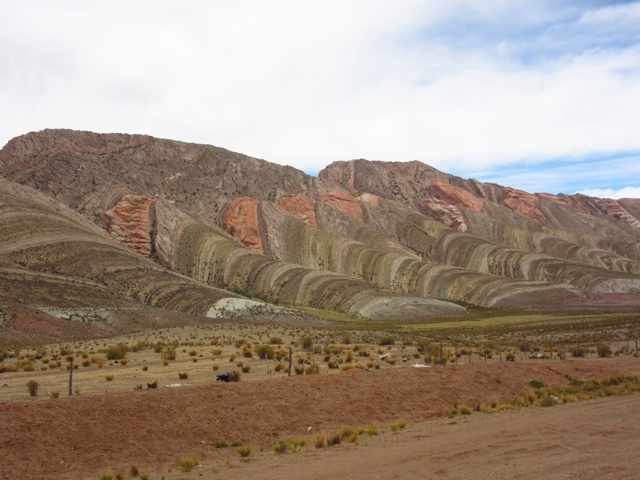 The town cemetery is at the base of this colorful mountain- 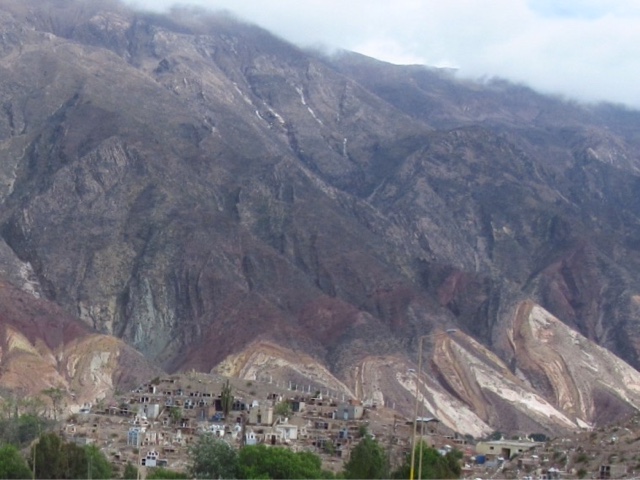 We got on a divided highway and away we went!  Things were looking up for an earlier than expected arrival.  We even stopped at a supermarket where I got a great Mendoza Malbec for $4!  We arrived at the campsite just at dusk.  We were given around $7 each to buy supper because it was too late for cook group.  That works for me!
Looking forward to exploring Salta tomorrow!
at December 07, 2017