Breakfast was easy and after a listening to from Jono - people continue to charge their devices in the truck when we're parked and unfortunately, it has killed the batteries.  So, we're cut off from charging for awhile, at least until the batteries recharge.
We're on our way to Bariloche, Argentina.  It's only 340 km, but with a border crossing, one never knows how long it will take- 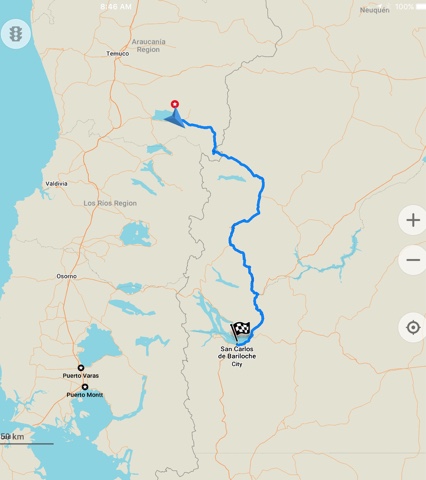 The border crossing was fast - 1.5 hours!  The first part of the road was really rough and slow going.  There had been a fire so lots of new growth.  I love these trees- 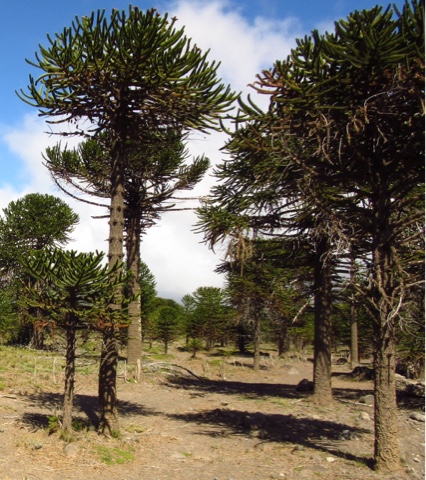 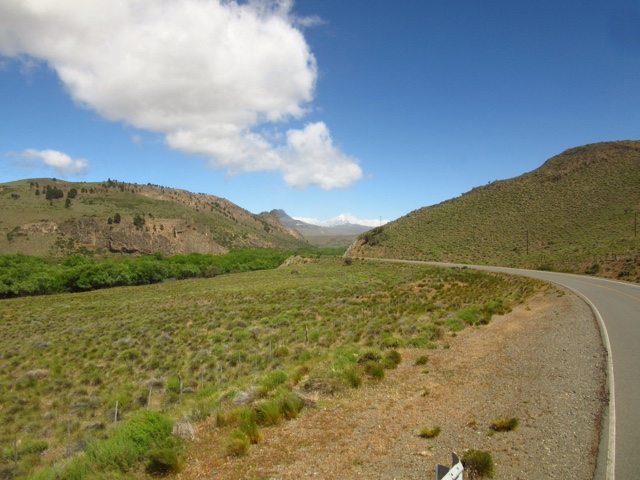 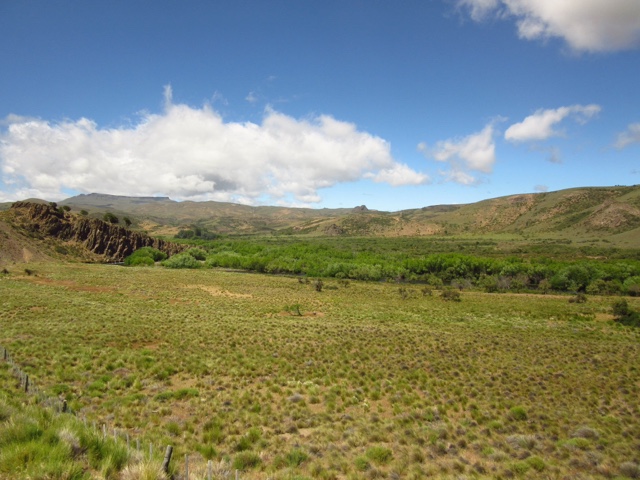 There are millions of lupines and scotch brew in the ditches.  They are a very invasive species- 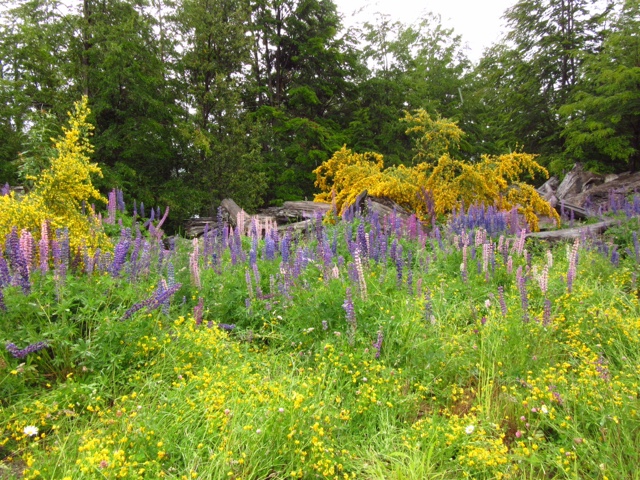 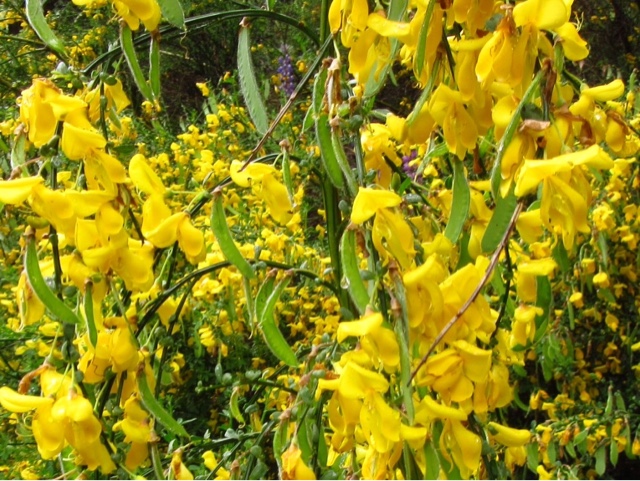 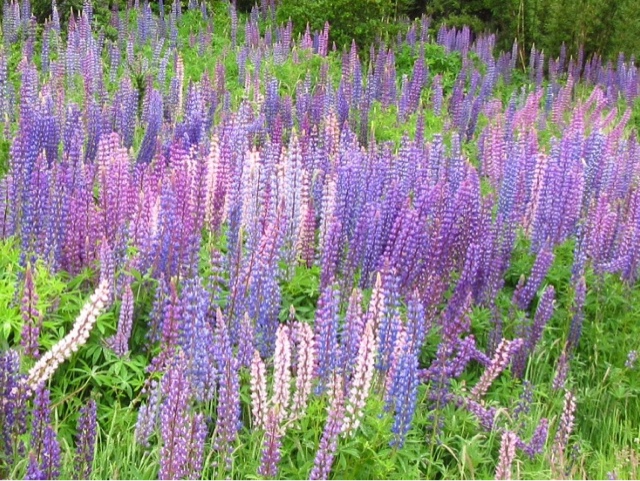 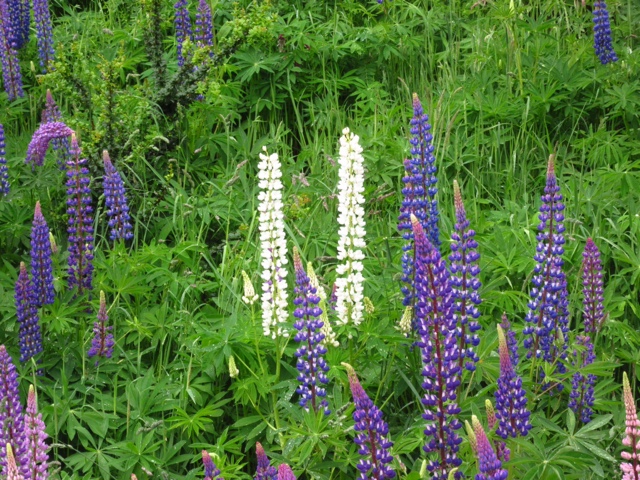 Lago Espejo - Mirror Lake, is so called because of the reflections of the surroundings.  Not today- 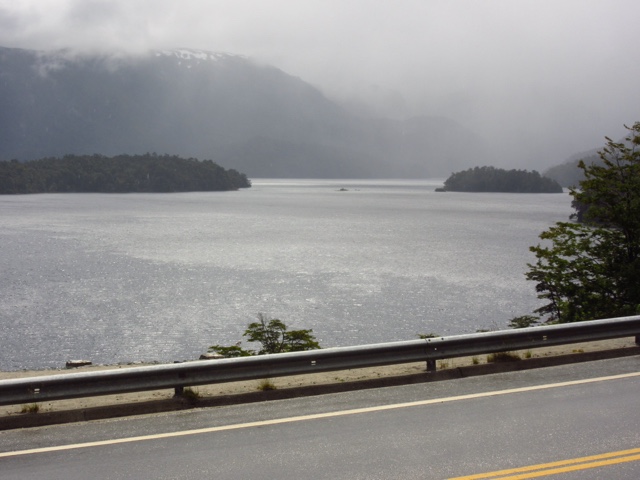 We drove a couple of hours beside many lakes.  It was beautiful.  Eventually we arrived in Bariloche which is on a huge lake with nearby big Andes covered in snow- 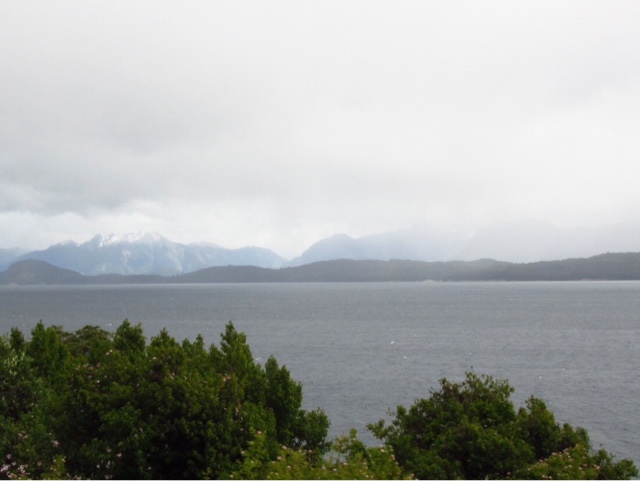 On the other side of the road- 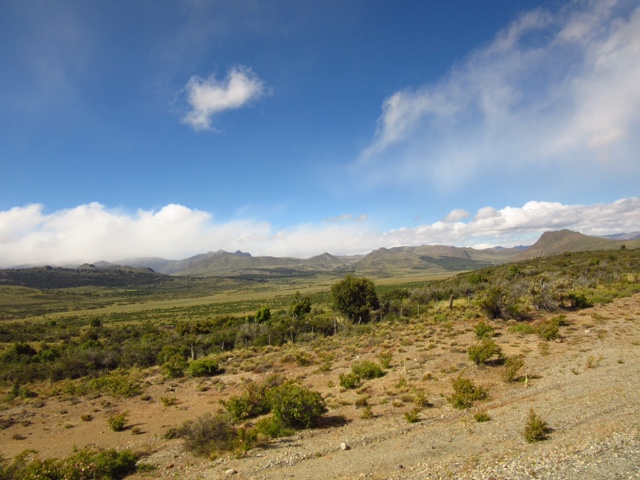 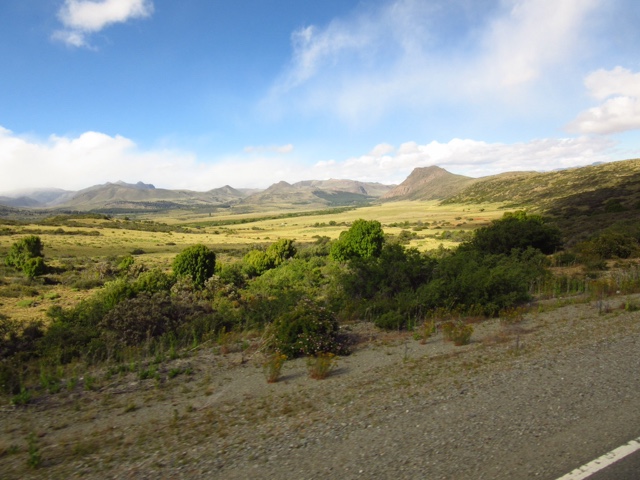 We saw the sun sporadically and finally pulled into our campsite.  The wind was howling and I was frozen so tried to get a room in a dorm and then a triple but no such luck.  They also didn't have wifi because someone forgot to pay it on time so I walked along the highway until I found an Internet cafe and booked a hotel - only for 1 night, so far.  It's supposed to warm up tomorrow and I figure that as we go further south, I'm not going to have the opportunity to sleep in a warm bed so why not while I can?
Looking forward to warmer weather and bright sunshine tomorrow!
at December 21, 2017