We had a 6 am start because we had a long day ahead of us - about 750+ km.  Luckily most of it was on divided highway and it was pretty flat so we were able to maintain our maximum speed of 90 Km/hour.  Things were going well until we blew the fan belt but Jono knows what he's doing so within an hour, we were back on the road.  I slept a lot - not sure why, maybe it was the 5 am wake up?  Anyway, the scenery is nice - reminds me of home- 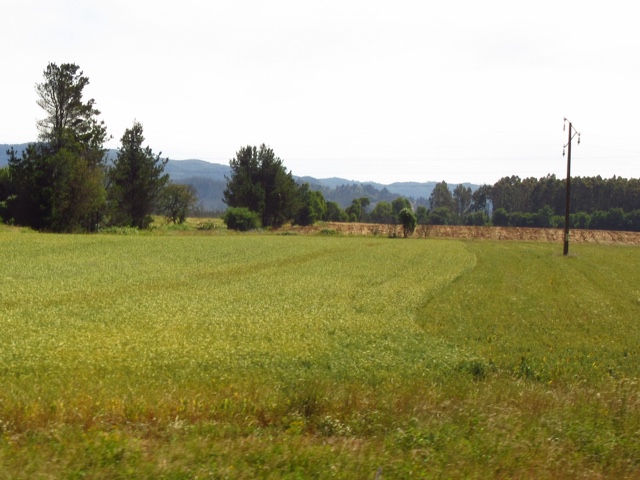 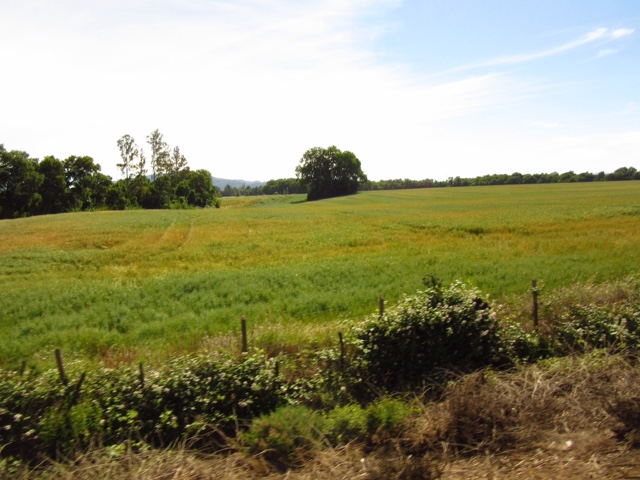 They grow all kinds of grains, vegetables and fruits and there is a lot of industry: grain terminals and fruit factories- 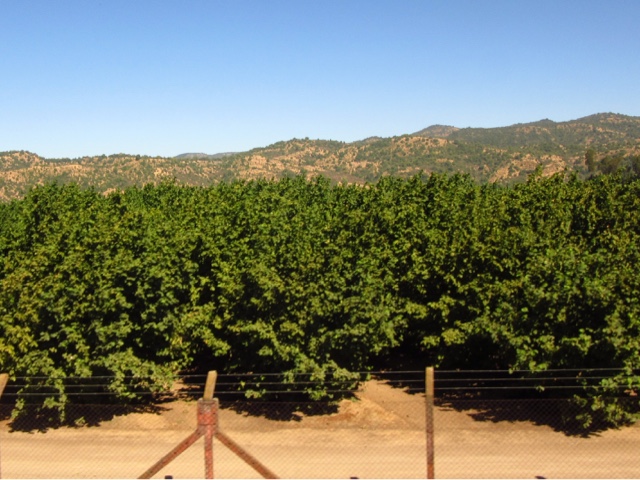 I've seen tractors with small cultivators, new John Deere combines and even a man walking behind a horse pulling a plough!  Everything goes. This is also wine country- 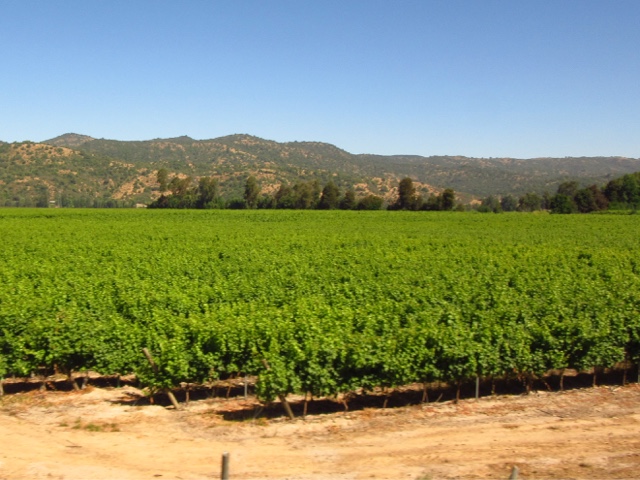 Some crops have been harvested and the grain is stored in long white bags or taken directly to a terminal.  There are cows and horses around so there are some wrapped round bales as well as small square straw bales- 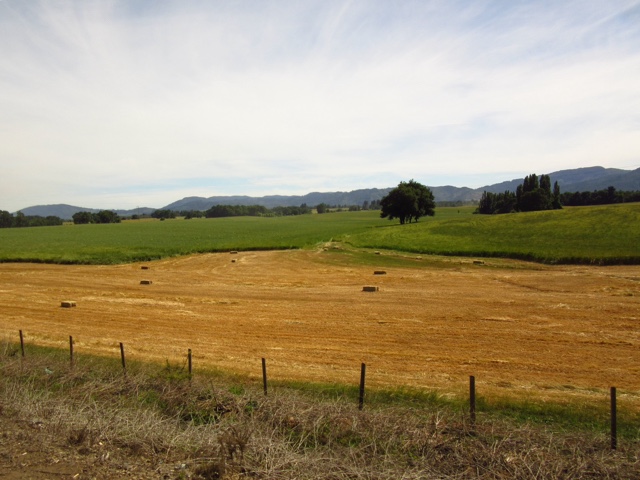 An ad at a gas station- 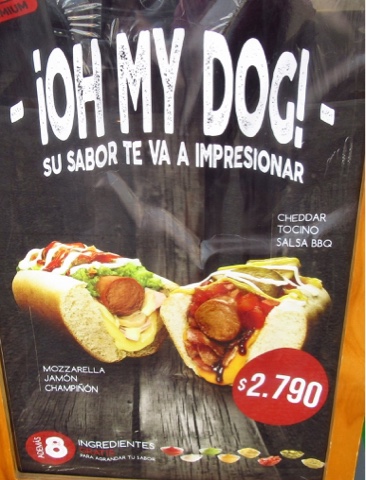 Our itinerary has had to change because of a recent landslide in southern Chile.  We'll be spending 3 nights in Pucón, then moving into Argentina to Bariloche where we'll spend 4 nights, including Christmas.  We won't go back into Chile until we're going to Torres Del Paine.  We are set to arrive in Ushuaia January 7 which is what I had hoped and works perfectly with my cruise.  Then, it was also finalized that the group will still be in Buenos Aires January 17th, the day I fly there, so everything is working out.  I may not have needed a new passport after all but oh well, I'll have it for my next adventure!
Looking forward to Pucon, an alpine town on a lake and believe it or not, I'm looking forward to sleeping in my tent!
at December 20, 2017