Today is Election Day in Bolivia so everything is 'supposed' to be closed.  I went for a walk anyway and the streets were alive, filled with people walking to the polling stations, bikers, skateboarders and many many food stalls.
There are many plazas, in fact, every couple of blocks there seems to be one.  I guess it's the people's back yard and neighbourhood park- 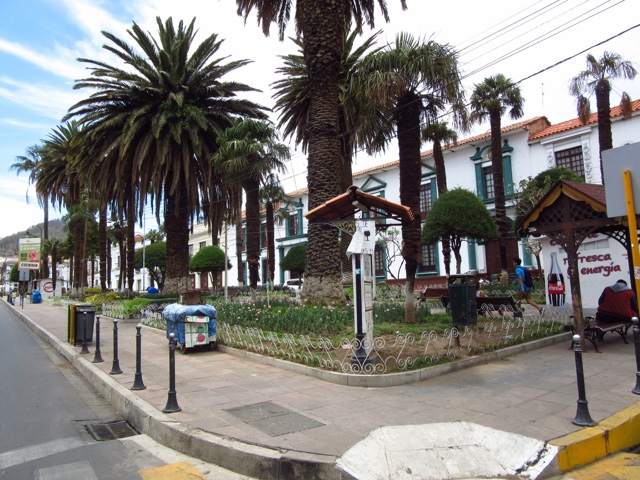 Cars weren't allowed today to prevent multiple voting but there still were a few.  How refreshing to walk around without worrying about being run over by a car- 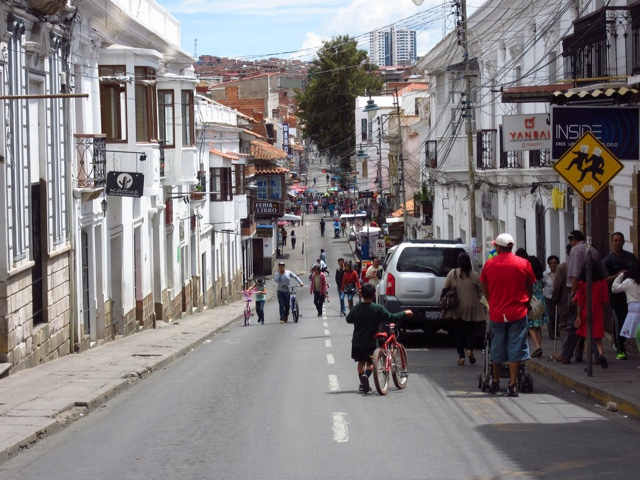 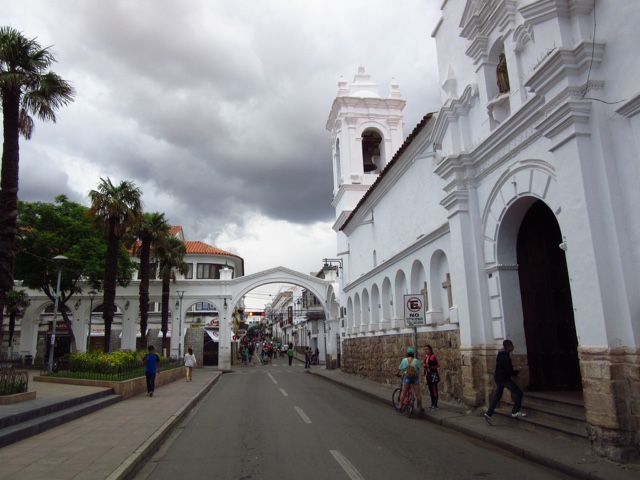 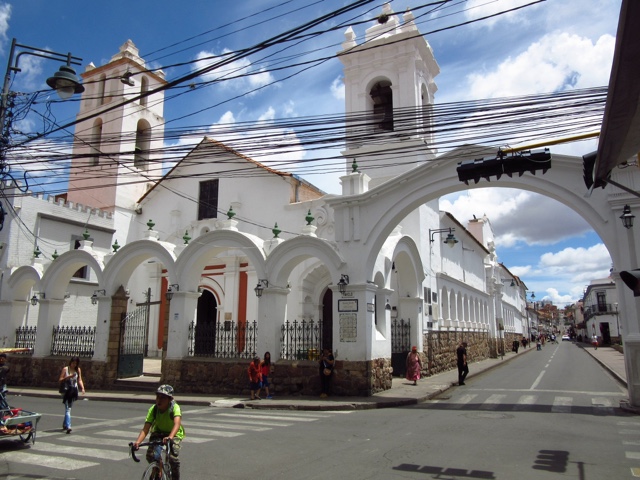 Next door in the Capilla de la Virgen de Guadalupe, which was completed in 1625, above the altar is a painting of the Virgin who is the patron of the city.  She was painted in 1601 but rich colonial parishioners added gold, silver, diamonds, amethysts, pearls, rubies and emeralds to her dress- 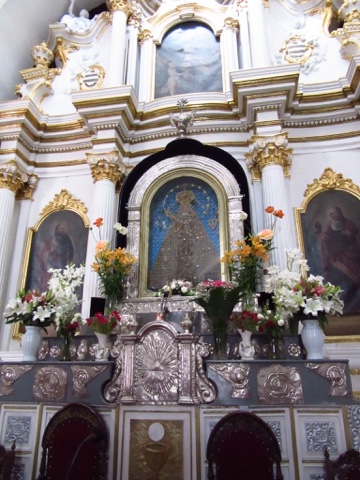 She is worth millions! 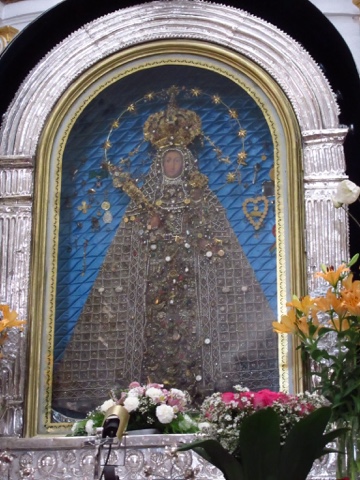 Iglesia la Merced was founded in the 1540s.  I hope to visit tomorrow- 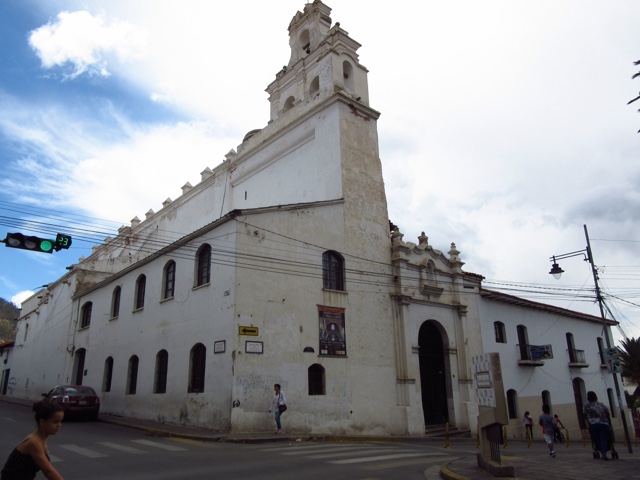 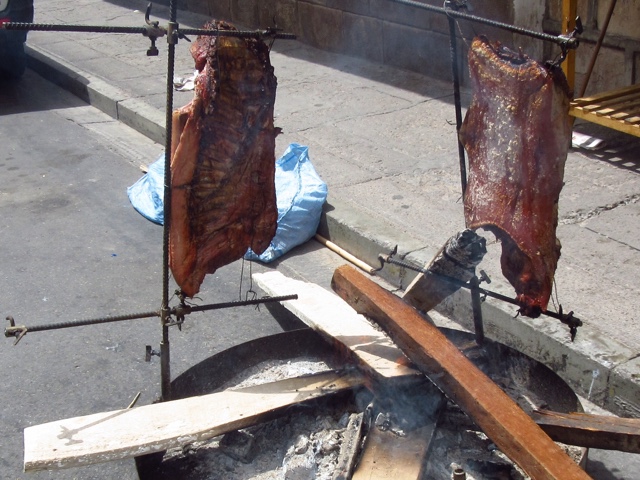 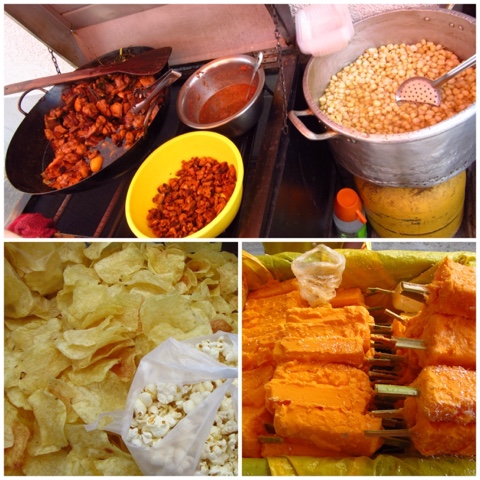 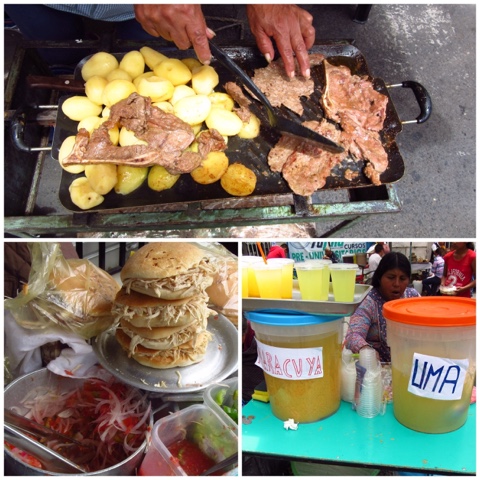 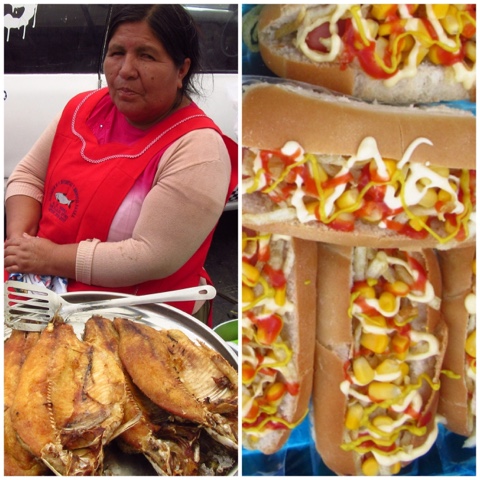 This afternoon I tried to visit the city Cementario but because of Election Day, it was closed.  It looks like a beautiful park so I'll definitely visit tomorrow.
Because everything was supposedly closed today, for supper we ordered a BBQ from the hostel.  It was supposed to be ready between 7 and 7:30 but by 9:30, we still weren't fed.  I decided to go to bed rather than eat so late.  We're on Bolivian time I guess!
Margueritta Kluensch, 74, is a retired and widowed university professor from Queen's University in Kingston.  In the Queen's education program, students are required to do 40 hours of community service and Margueritta administered that.  With her husband, she also organized outward bound schools.  This is her fifth overland and she has been all around the world more than once.  The only major places she hasn't visited yet are the "Stans'.  She used to be a beef farmer and is a landlord although she just sold her last large apartment building.  She's a jack of all trades; able to plumb, wire and drywall.  In May 2018 she will hike the Western Way in Scotland and in September 2018 she's going to do the Camino for the 3rd time to celebrate her 75th birthday.  You go girl! 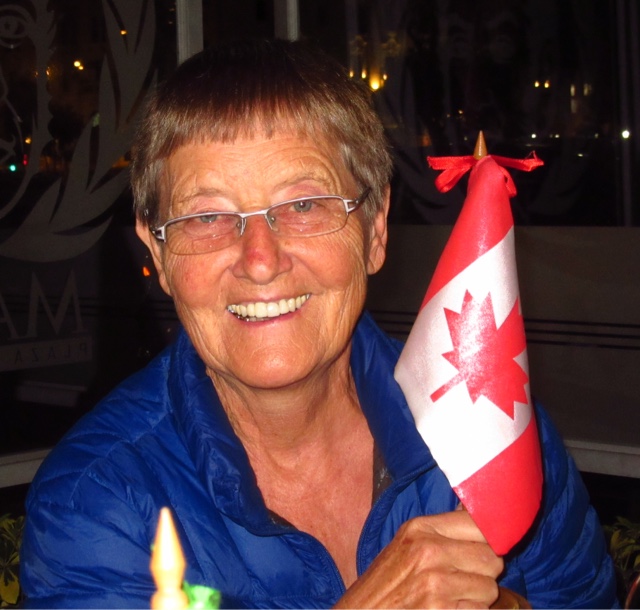