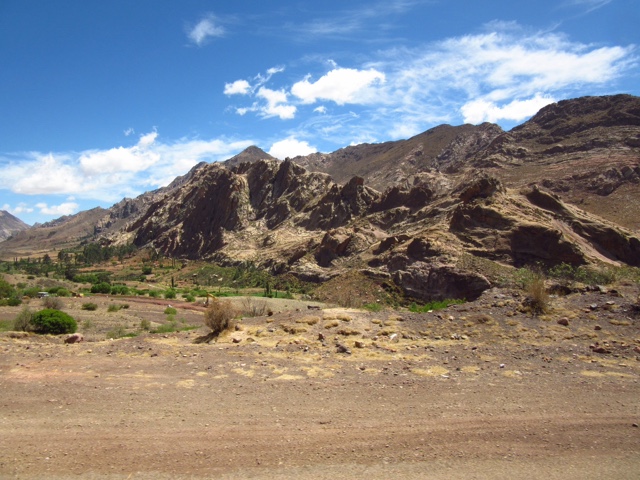 The rock in this country!  It's unbelievable and often so chiselled and wild looking.
Another dry river- 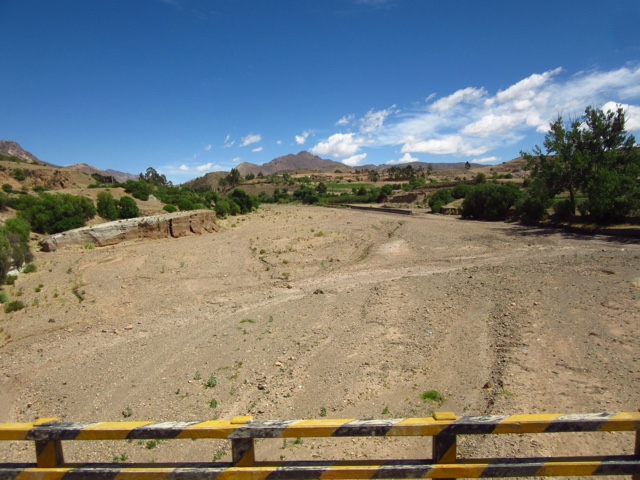 Typical farms:  they are made of adobe bricks, usually have a silver tin roof, although I have seen a few red ones.  The tin is often braced with rocks to prevent it from rattling.  Some older places have thatched roofs and others have clay tiles- 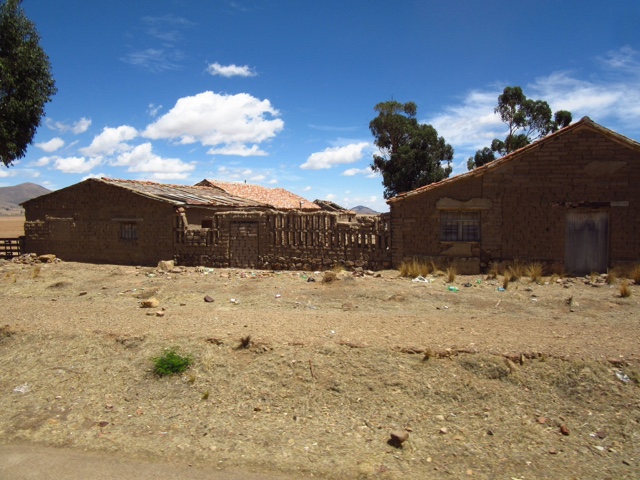 The outhouse is on the far left and the kiln is the round roofed building on the right.  Most farms have power- 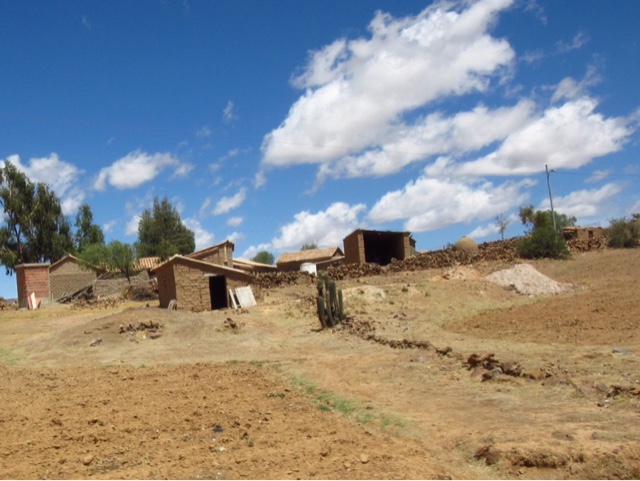 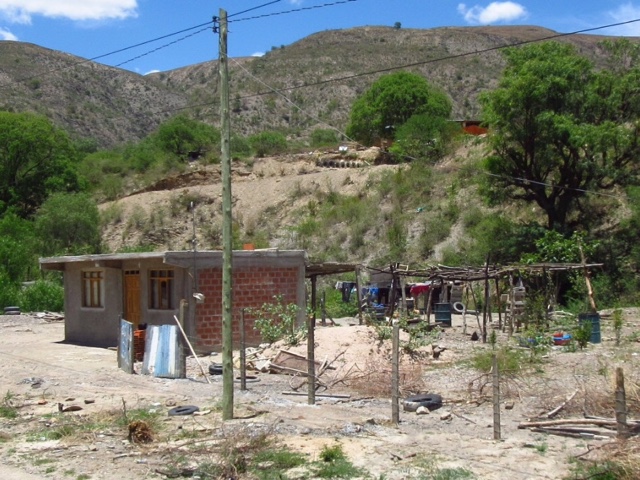 It took a long time to come down the road from the top of the mountain.  The river is dry but there are irrigation and drainage trenches everywhere so the rain will come, just hopefully not when I'm in my tent somewhere- 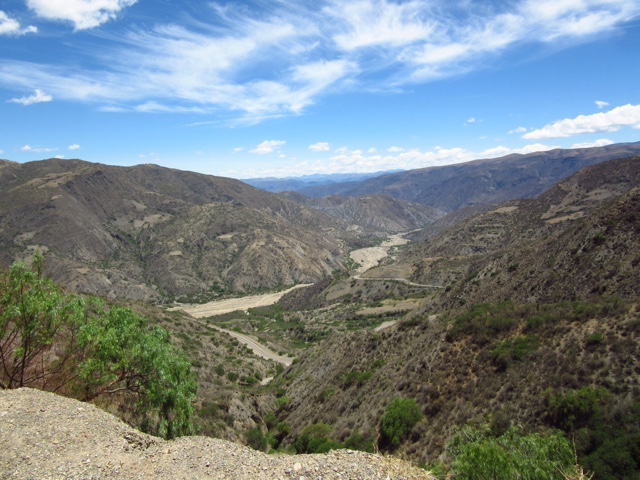 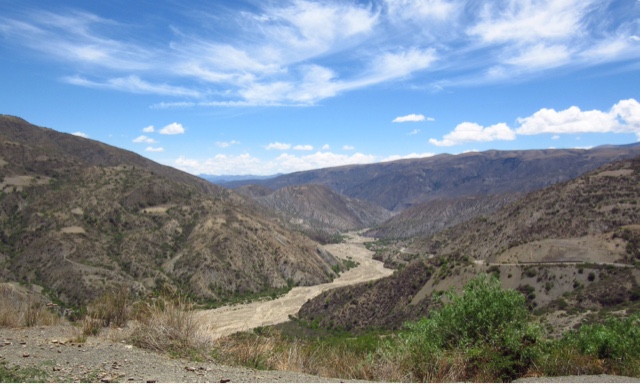 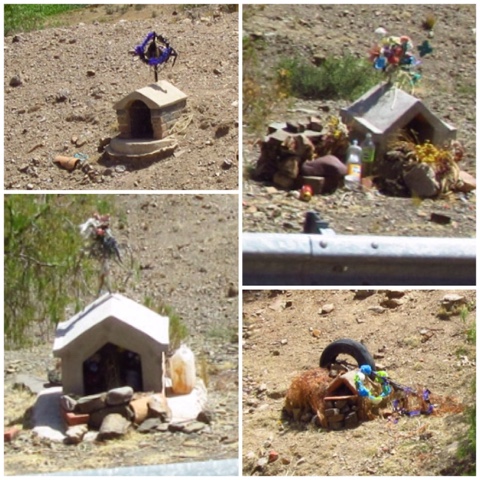 Sucre is the recognized capital of Bolivia and a whitewashed city.  Independence was proclaimed here- 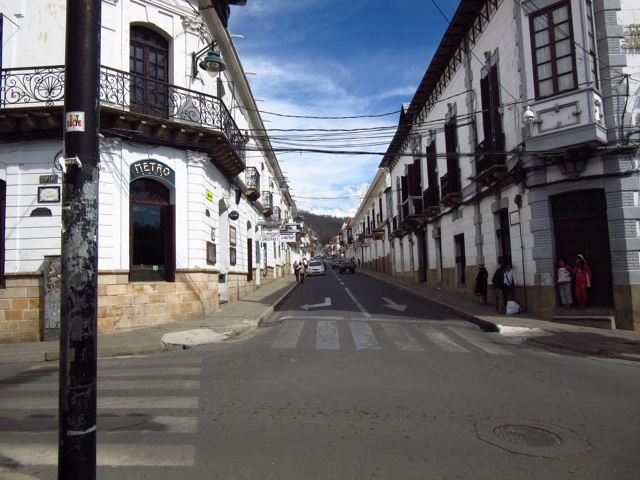 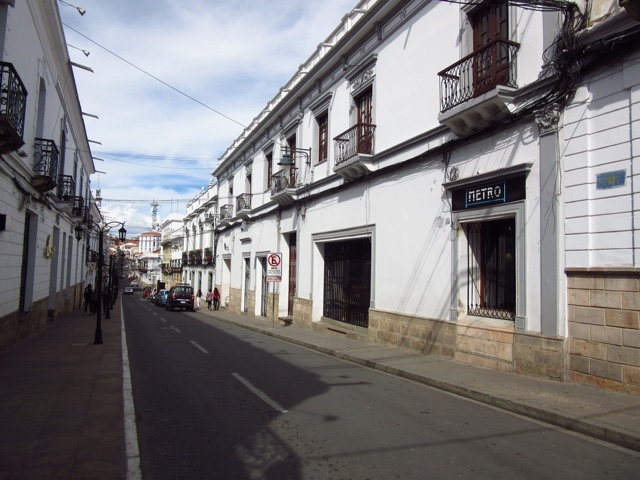 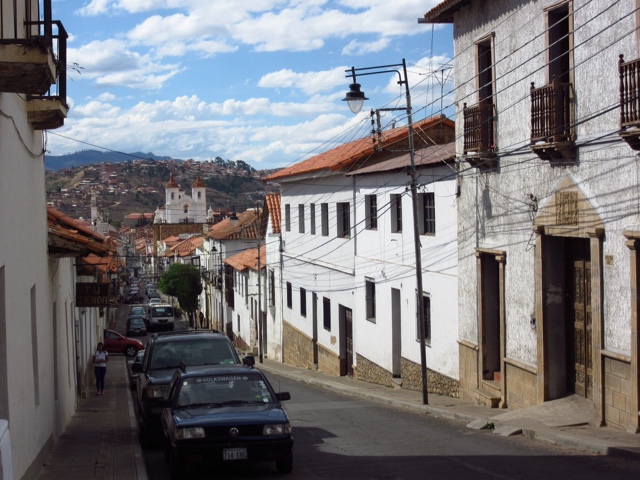 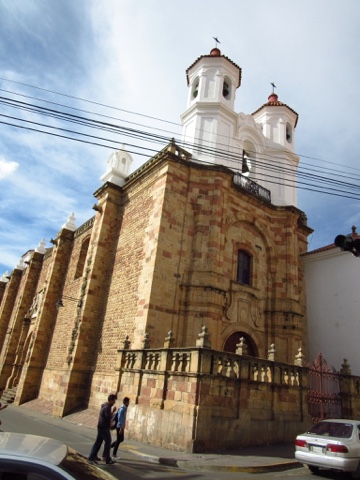 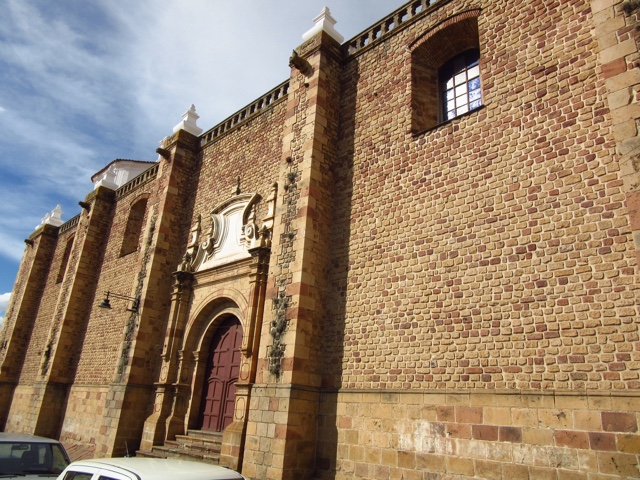 Tomorrow everything will be closed and people will not be allowed to drive.  Apparently, on former election days, people would vote numerous times - drive to other towns to vote!  So, it's illegal to drive to help prevent double/triple voting.
Not sure what I'm going to do!
Kerry Holmes is 37 and from Yorkshire, England.  She's lived in Scotland for 6 years where she taught in the Shetland Islands.  She has also taught for 3 years in the Canary Islands and 4 years in Shanghai.  Part of the reason for teaching in different places is to take advantage of the travel, especially in Asia.  She hopes to travel more and is waiting to hear if she has an interview for a job in London working with a charity.  There would be a lot of travel involved  with that job.   This is her first overland.  Kerry loves to travel! 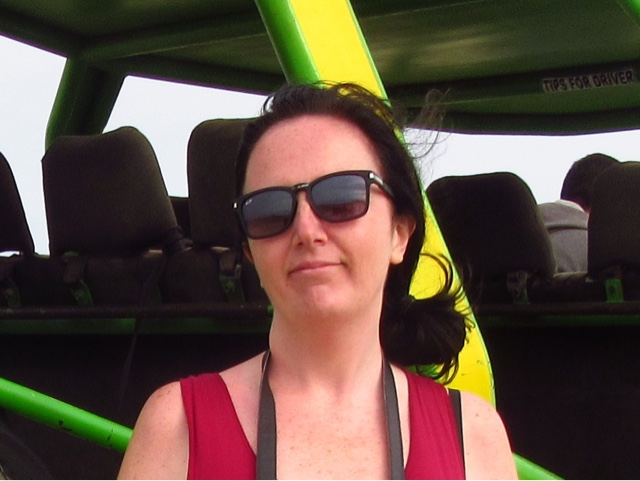